The Story of a Veteran – Combat, Loss and Healing

In a time of great divide and strife in the United States, the country remembers how the free nation became one. “Freedom is never free,” and for many of our Veterans and active military service members, it is their price they pay for the country.

Today, parades, protests and flags line the streets of America. Today, the sun is out and we remember our military personnel who gave us the freedom to express ourselves, and today, some Veterans aren’t parading, aren’t celebrating—they’re gathering together in a peer support group to talk about their common and unique experiences.

In Colorado Springs, a group gathers to do just that. Nick Dunagan being just one member. As he picked up the phone to talk to me, laughter came from the other line. It seems a metaphor for today. Though the peer group is for support over hard times, perhaps it’s also a joyous escape.

Dunagan served one 12 month tour in Afghanistan in 2011. While there, he worked in the ammunition supply point in his brigade. Every day he would keep track of bullets, grenades and other ammunition, preparing orders to go out for combat.

“You get into a routine. At first, the first couple months were a little unsettling maybe. You’re just trying to get used to a completely different atmosphere, but I think it was exciting. To be honest, that’s what I signed up to do,” Dunagan said.

Dunagan said the routine he found of work, chow, gym and a late night TV show gave him solace in a completely new environment. 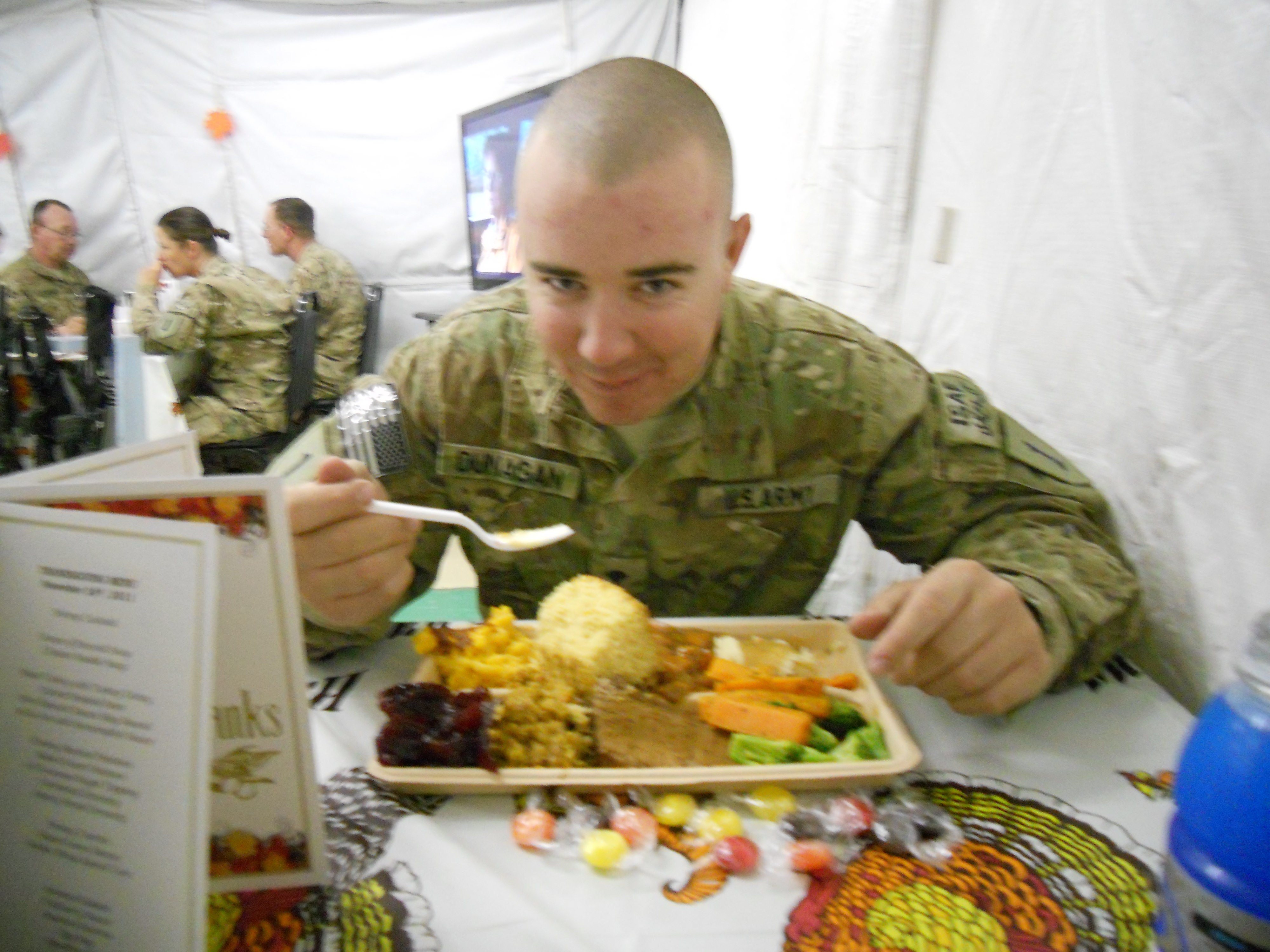 I asked, however, if it ever felt normal for him to package ammunition, sending it on its way for a deadly task. Dunagan said their camp was attacked nearly daily, and with that, it became very apparent people were trying to hurt them, “…so it made it very easy to not give a damn about hurting them.”

“The first couple of mortar attacks, you’re like not quite sure what to think about it, but then afterwards, you’re laying in bed and you get one, and you’re like “Man, that could happen while I’m sleeping and I would never even know. I just wouldn’t wake up, or I could wake up with serious injuries or people next to me dead,’” Dunagan said. “For a while you feel that, and then after a while I believe the numbness sets in, and there’s not really anymore running for bunkers or trying to protect yourself. You just kind of look up and laugh at it when it doesn’t kill you.”

While serving, Dunagan lost a Lieutenant during a one of the indirect fire attacks.

“I remember running and scrambling to the hospital as they were calling for blood for him, he was my blood type.”

He ran to the hospital, which was on the other side of the camp, twice to give the Lieutenant blood, but it was too late.

“That, I think, will forever be imprinted in my mind,” Dunagan said.

Even though there were many hard times, Dunagan said he signed up for a reason and that was not to ask questions.

“At least for me, your political views, your thoughts on why we’re there or what we’re doing are superseded by the fact that you’ve trained with these people next to you who’ve also kind of chosen to put blinders on as to why and all the W’s,” Dunagan said. “We’re just doing it because it’s what we’ve signed up to do. So you kind of…sorry I lose my train of thought. I do have a TBI.”

TBI is short for traumatic brain injury. Dunagan took a blow to the head when a mortar round came extremely close to him and he took cover. He did not seek medical help after his injury so he could stay in deployment.

“I’m not going to be in Afghanistan and sit in a clinic,” Dunagan said he thought after his head injury. 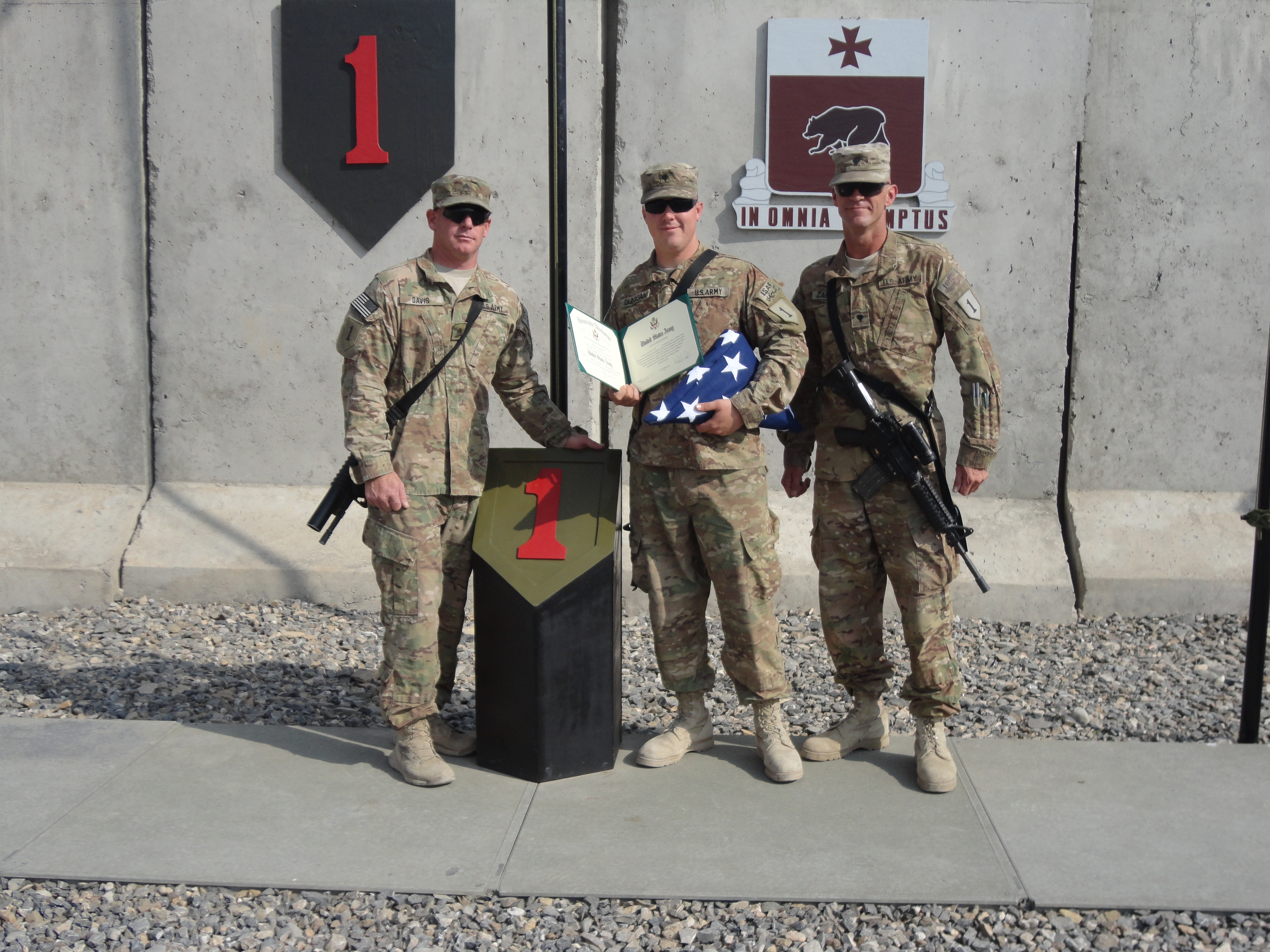 He has long lasting side effects from that injury, from major short term memory loss, loss of balance and PTSD from serving. However, until about a month ago, Dunagan had no answers to what was wrong with him. After his service in Afghanistan, Dunagan signed up for five more years of service—all of which took place in the states, an agonizing feeling for a soldier who wants to serve. His story is not unique. Dunagan said the “suck it up and drive on” mentality of the Army influences some soldiers to hide their injuries, much like Dunagan did. He said reported medical injuries also means a chance to get pulled out from the Army or service, taking away what they signed up to do.

He was eventually assigned to Fort Bragg where he became a Sergeant and also began to notice PTSD and physical pain. He said after one visit to a psychiatrist on base, he was prescribed three different psychiatric drugs. As many alternative solutions to treating PTSD are not covered by the Army, he had no choice but to use the pharmaceuticals. However, he said a large number of Veterans and active service members suffer from prescription addiction either because of addictive past lifestyles or prescribed medicines after injury.

“Unfortunately there are a lot of pharmaceutically addicted active soldiers it’s such easy access, and then on the other side of it…oh shoot. It happened again…” Dunagan shows symptoms of his TBI, but only once more.

“On the other side of it there’s a lot of keep it to yourself and suck it up and keep going because if you mention it there’s protocols and things that have to happen that could remove you from what you’re trying to do or what you want to do,” Dunagan said.

Dunagan explains it the best—the comradery keeps some service members from reporting their mental health conditions.

“If my PTSD was for some reason so ridiculously out of control that I needed to seek so much medical care, they could absolutely pull me off of deployable status, and if I’m feeling this way a couple months right before my unit is about to deploy, I’m not going to say anything, there’s no way, because I’m going with them.”

Now in Colorado Springs, he went to UCCS Veterans Health and Trauma Clinic for his diagnoses. The Craig Hospital Foundation runs a TBI program specifically for Veterans and includes the peer group he is attending today. There, he was diagnosed with mild neural cognitive disorder.

After his years of service were up, Dunagan said he suffered from depression for the first year, but is now working diligently toward self-recovery with mental and physical therapy, cognitive rehabilitation, yoga and is attending school full-time for business management. After receiving the help he did from Craig and other programs, he hopes to one day run a program for Veterans to get involved in the community and give them a second chance to serve. He strongly encourages other Veterans to seek help if they need it.

“If you’re disabled or you feel disabled or whatever situation you’re in mentally or physically, try to be as positive as possible. Try to spread as much positivity as possible because being depressed and allowing yourself to sulk and wallow in your misery… is not helpful,” Dunagan said. 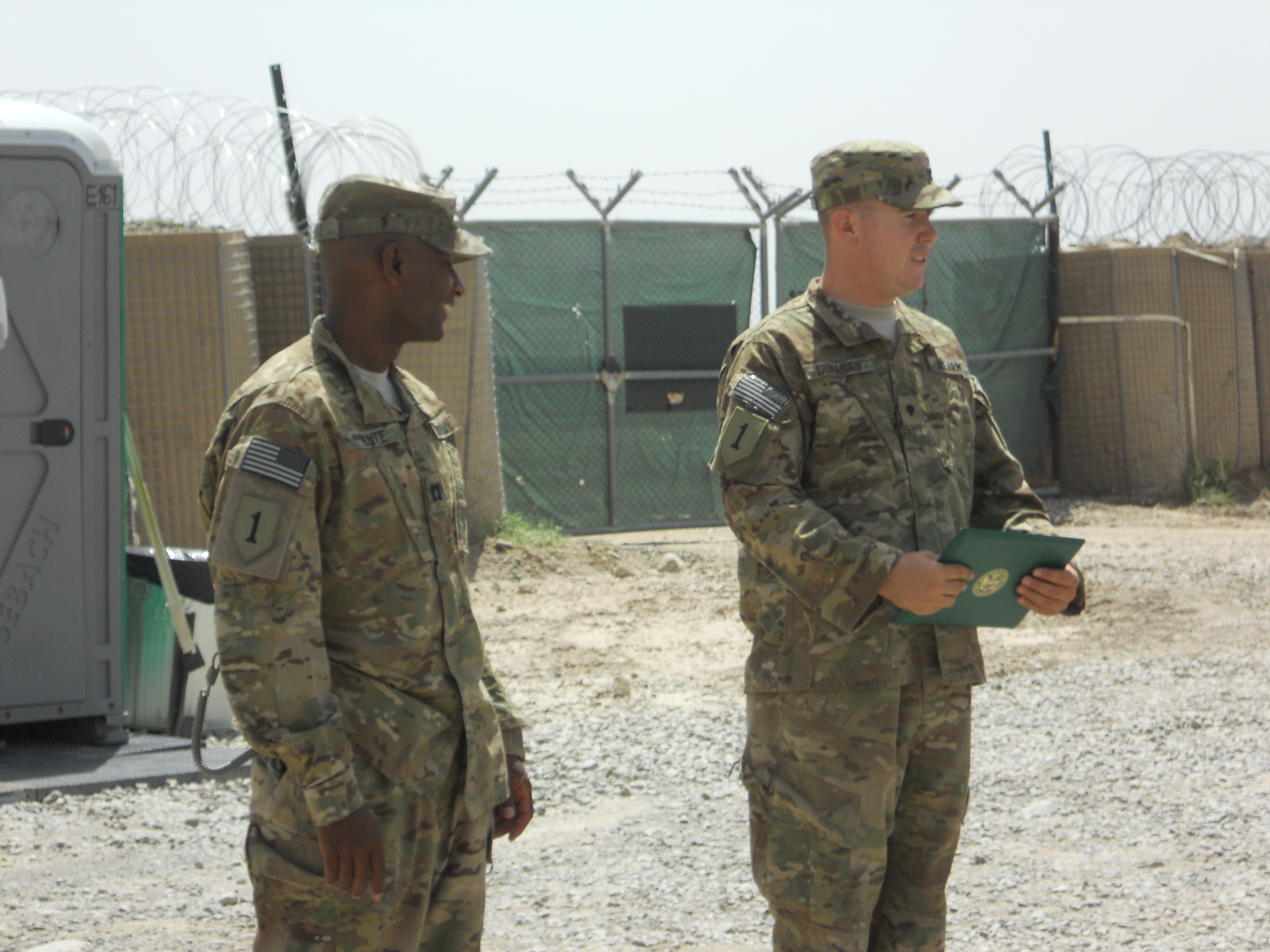 Dunagan entered the Army at 21 after dropping out of high school and working in construction While some reflections of his time in service are traumatic, in all he said he learned how to be a leader, improved himself and grew a lot.

“As far as the Army is concerned, I saw a unit of people from all different backgrounds. Just from the small group of people I worked with, there was white people, black people, we had somebody from India who came and joined the United States Army…I know it probably sounds weird, but you literally just don’t see race and religion and this that and the other, you just see a brother or a sister…I wish that could transfer outwards into our society,” Dunagan said.

In his own form of celebration, and finally being able to run, Dunagan celebrated today with a quick jog with the American flag.