Review – Into The Dark With Nicolas Jaar

I descended into the depths of sound at Nicolas Jaar’s November 5 sold-out show at the Gothic Theater, and when I saw the light of the outside world I grappled with the inevitable failure to render the thoughts and feelings that consumed us in the sonic free-fall we had just witnessed. There was no opener, just sequenced stages and peaks of sound – different worlds to explore at the discretion of Jaar. Expectations had long been discarded at the door, along with our inhibitions and composure. I’d be lying if I said I didn’t desire the comfort of expectation, because without any, we were at the mercy of Nicolas Jaar to disembody and mutilate any remaining conception we had going in. Much like the music he creates, Jaar’s performance was less about appeasing the crowd and more pushing the boundary of the performance itself. 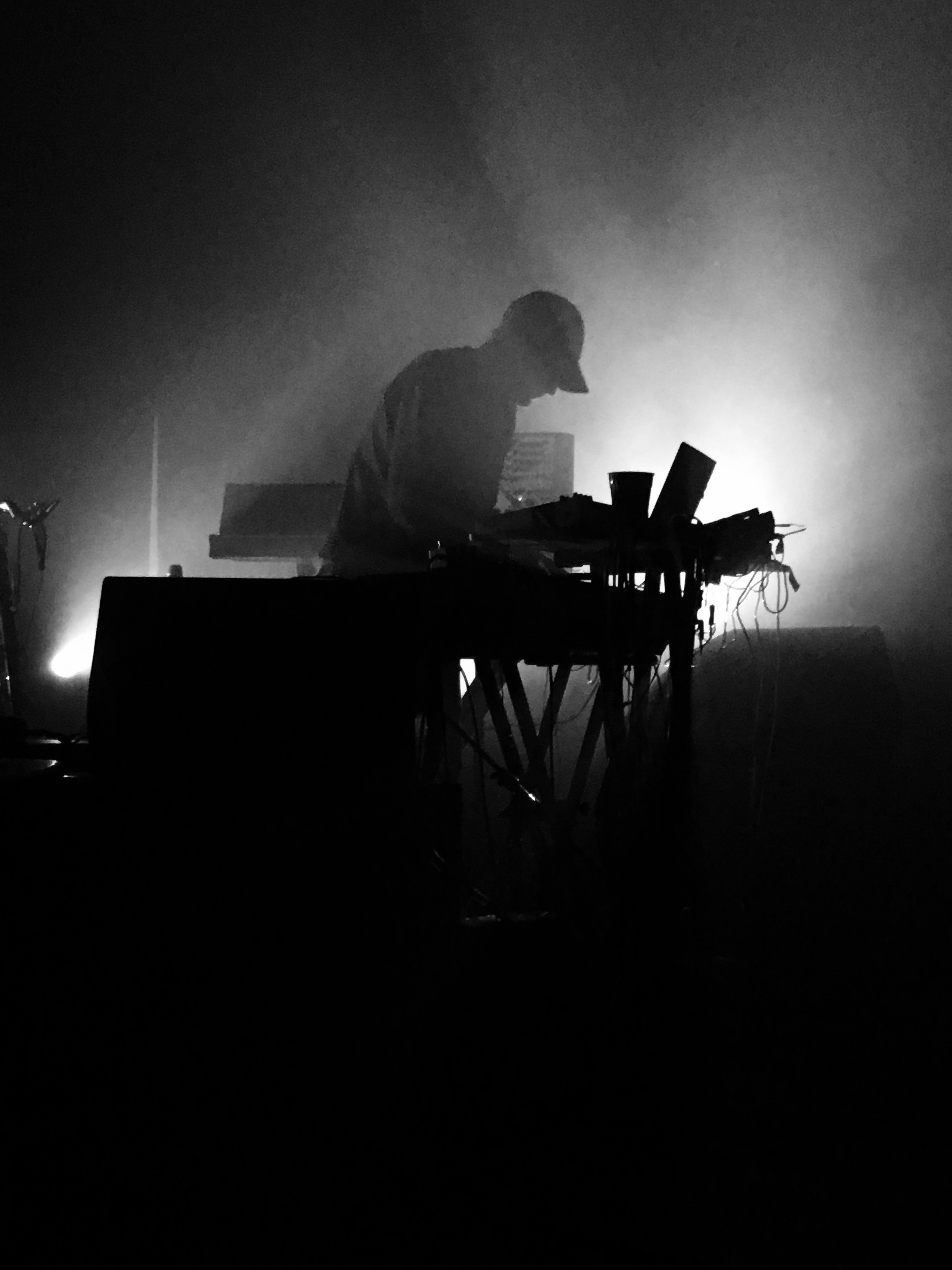 The beginning to Nicolas Jaar’s performance felt nothing short of apocalyptic. The sounds of a desolate choir snaked its way through the theatre agitating the crowd; a build up with no end in sight. The dissonance between the crowd’s desire for a beat to lean on and Jaar’s sheer patience in letting the atmosphere reach a fever pitch made for an exceedingly unsettling introduction to the show. The unpredictable producer remained fixated on pushing the audience to their breaking point as he stretched the music thin, intending to finish what he started. When he eventually hit the brink of our fortitude he let the drums intercede and watched as we all became untethered.

Being a live show as opposed to a DJ set, Jaar was actively recreating his songs, many from his phenomenal new album Sirens on the fly, allowing them to breathe in the context of this particular show. So much so, that the song identities ceased to exist, and one song became another chained to the steady beat he ensnared us in.   The further the set progressed the more the burden of the ominous intro began to lift.   Jaar at times wailing on the saxophone, sounded like a man seeking salvation.

…And then he stopped, seconds before he reached it.

Disappearing into the fog of the stage, Jaar left the stage to a cacophony of cheering. Nobody was prepared to leave the set open-ended. To Nicholas Jaar’s surprise we remained awaiting closure in the melodrama of the performance, and proceeded to tease us with a beautifully fractured instrumental that did little to satisfy our needs.

Unrelenting in our pursuit, the crowd cheered him back out for a second encore, at which point he shed the remnants of the darkness. Shrouded in rainbows, and playing a remixed rendition of The Temptation’s “Just My Imagination”, Jaar led us past the point of salvation to a point of pure euphoria. The beat steadily shed the layers of the original and gained newfound traction. If the beginning of the show was apocalyptic, this was as close to an ascension to heaven as we could get.

As the house lights came back down, the raucous cheering returned again and Nicolas Jaar was invited back for a third encore, I along with everyone else, were content in the show never ending. We didn’t want to hit the ground.