The Infamous Stringdusters, hailing from Charlottesville, Virginia, are a favorite among Denver-ites, and have made quite a name for themselves within the bluegrass genre.  With the Mile High City being quite the hub for bluegrass music, it’s only natural that the “Dusters” make a stop in town at least twice a year.  They’re some of the best in the business, grouped with the likes of Greensky Bluegrass and Leftover Salmon, which means they’ve got solid competition when it comes to bluegrass fans.  Friday and Saturday nights made up a two-night run at the Fillmore Auditorium, where the band had the chance to experiment with the weekend’s Halloween theme, and to show us the kind of cojones they’ve got. 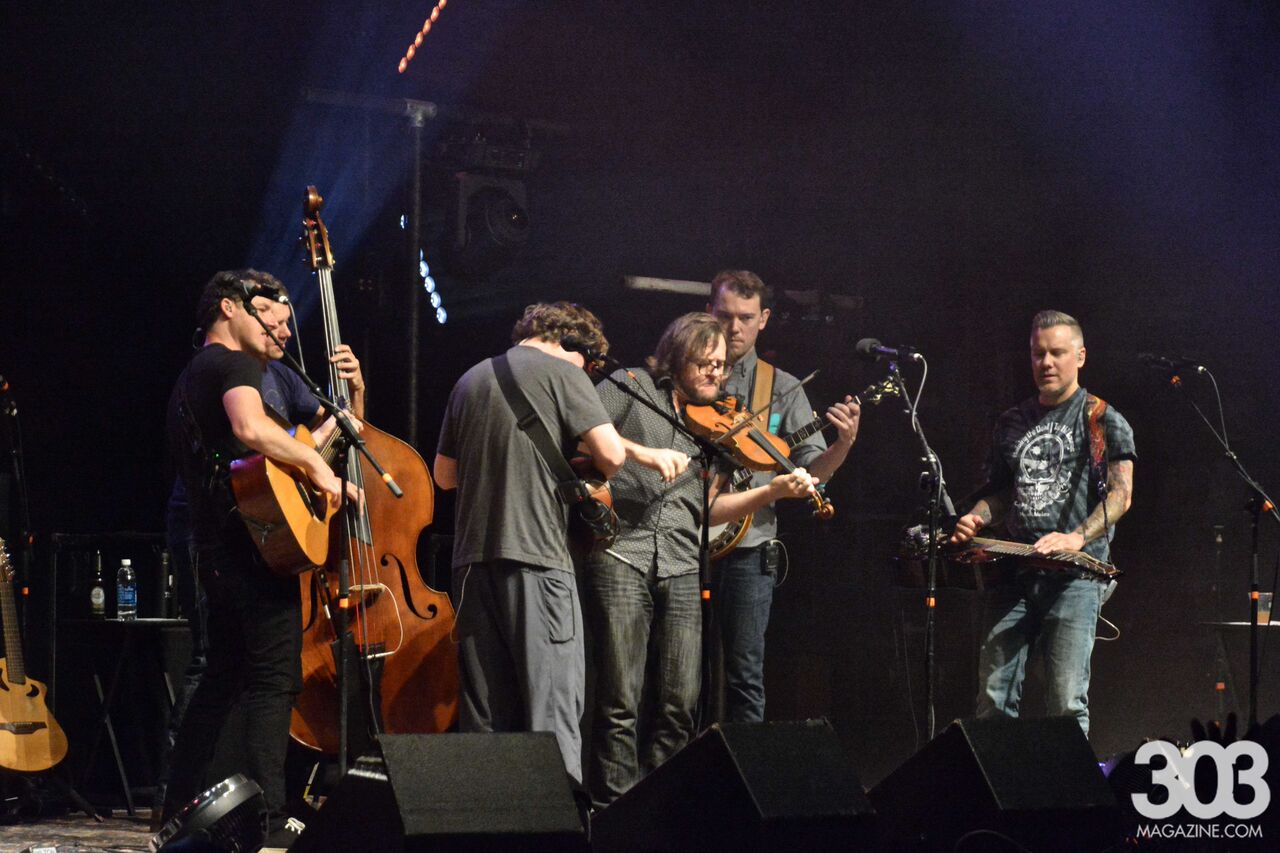 Though it was billed as Keller Williams’ Grateful Grass, which is made up of a group of rotating musicians each show, it was a delightful surprise to have the full Infamous Stringdusters backing Williams for his opening set.  While the music of the Grateful Dead isn’t bluegrass music, what’s unique about the Grateful Grass series is that Williams and his band perform bluegrass renditions of Dead tunes.  Thus, the Dusters were a perfect fit to play with the solo singer/songwriter/class clown.  The Grateful Grass set played your typical Dead heaters – “Shakedown Street,” “Mr. Charlie,” “He’s Gone,” “Bertha,” “Cold Rain and Snow” and “Scarlet Begonias.”  The real treat of the set, however, was the imaginatively curated mash-up, where the band sang the lyrics of “Cumberland Blues” to the music of “They Love Each Other” – totally unheard of, and totally awesome. 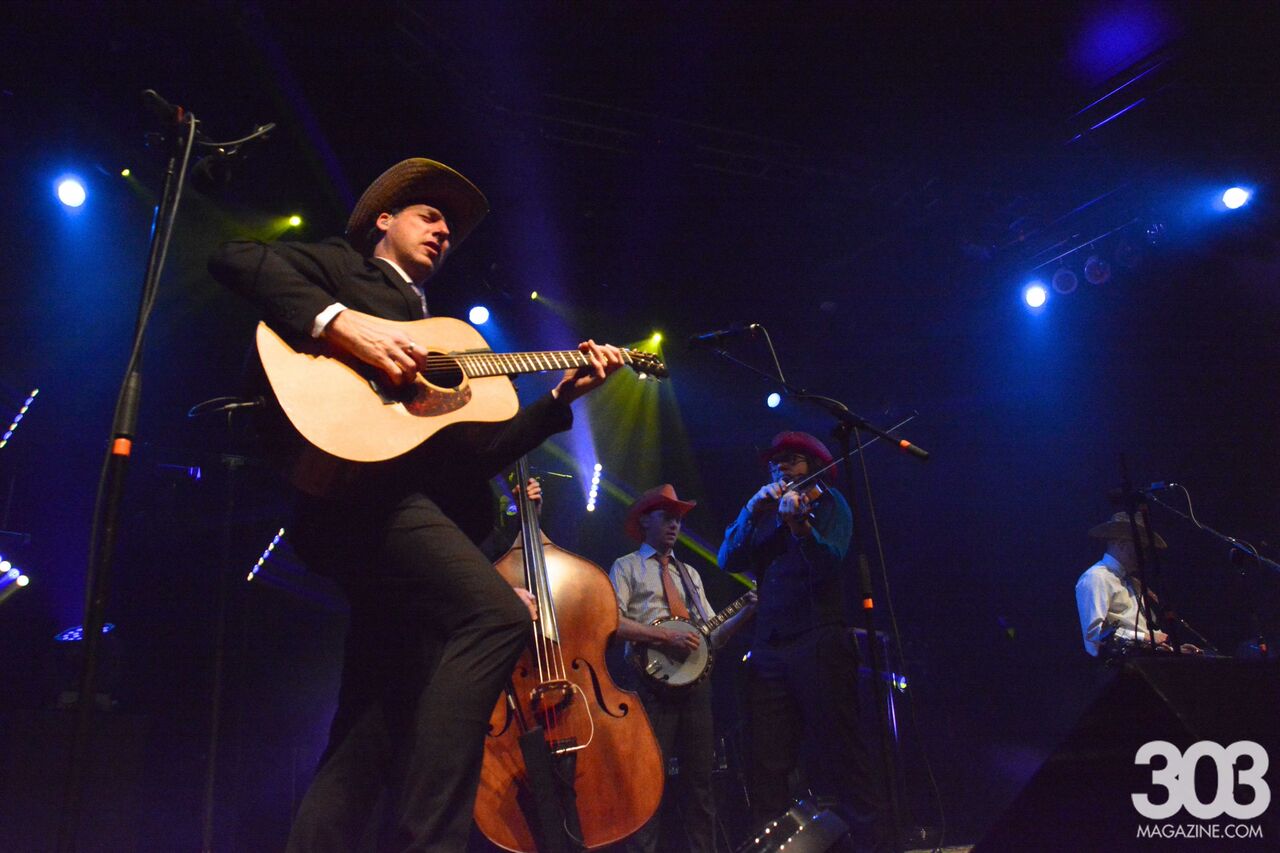 The main act of the evening was the Dusters, who kicked off their nearly two-hour set with, surprisingly, a tune off of guitarist Andy Falco’s solo album – a testament to their compatibility as a band and their steadfast team spirit.  The Dusters’ ode to our home state, “Colorado,” came next and was followed by “Night On The River” and “Light and Love.”  The first of a handful of covers came with Johnny Cash’s “Highway Man,” which the Dusters performed in true Cash-style, donning suit jackets and cowboy hats. 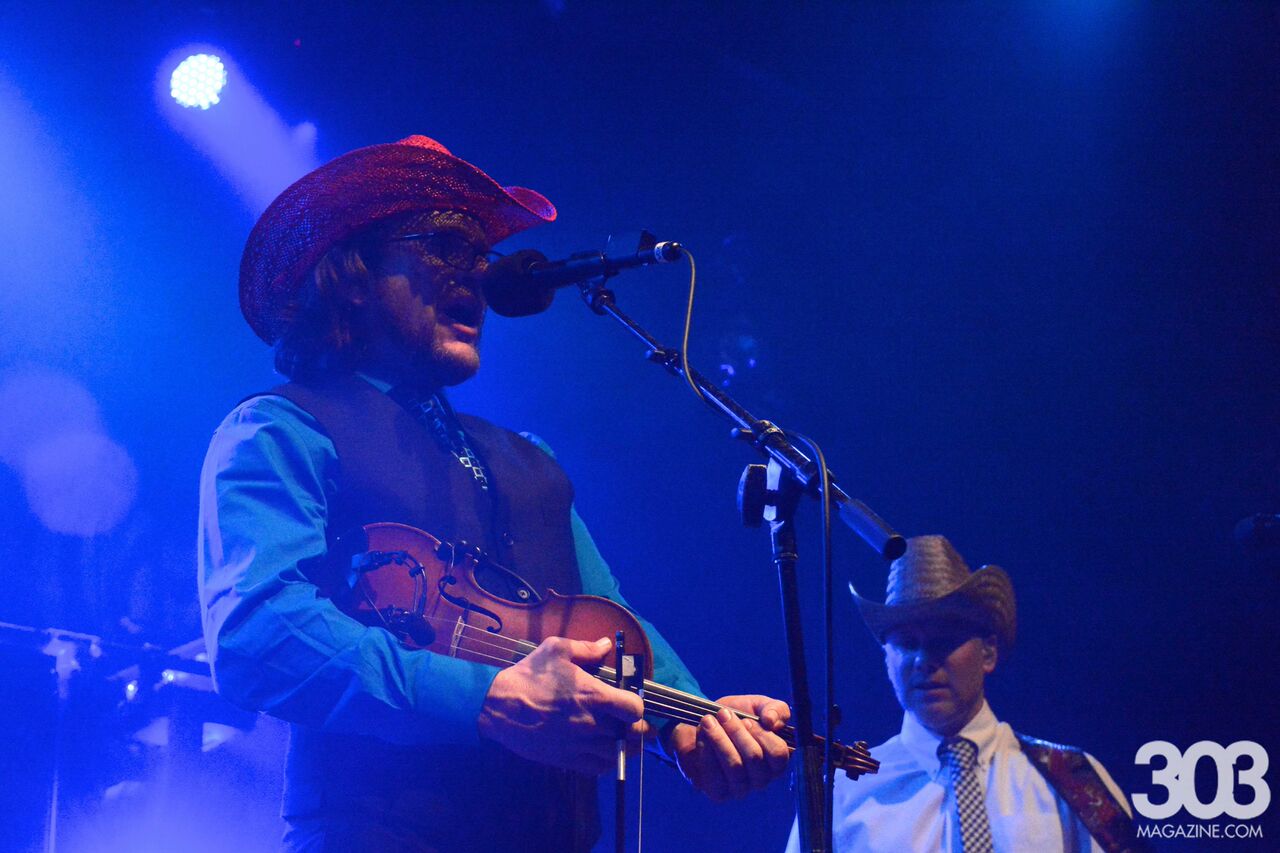 A friend of mine and diehard fan of the band described the next tune, “Black Rock,” as a “high-powered instrumental led by Andy Hall’s dobro.”  I surely could not have put it any better, and that epic instrumental then transitioned smoothly into a fan favorite, “Peace Of Mind.”  A more rock-a-billy sound was brought into the mix with the inevitable sing-along, “17 Cents.”  From the band’s Silver Sky album released two years ago came another beautiful cover of The Police’s “Walking On The Moon.”  The set would come to a close with “Where The River’s Run Cold” and a real twangy version of Warron Zevon’s “Werewolves of London,” which was ideal for the the Halloween-themed show. 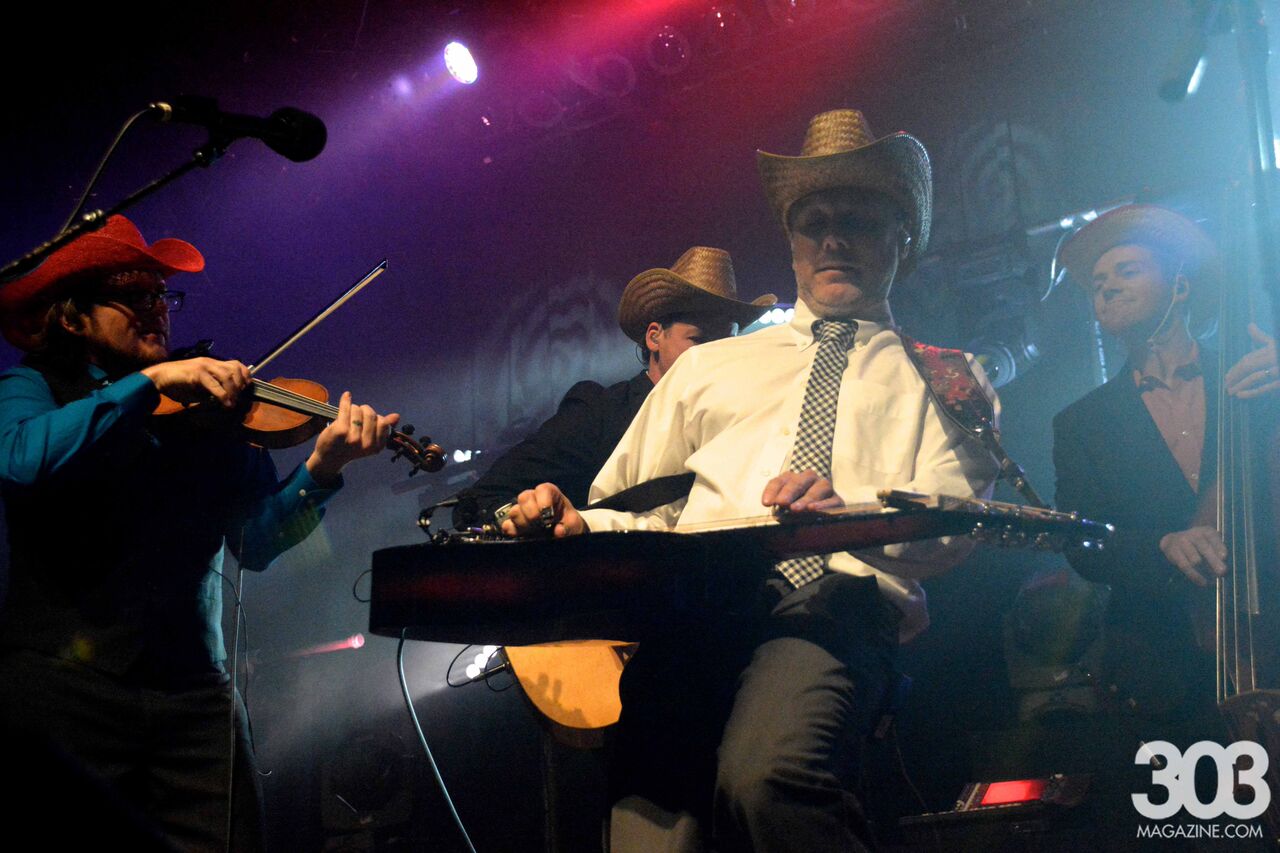 A swift departure from the band, before the Dusters returned to the stage and asked both of their opening bands to join them for their two-song encore..  Keller Williams took center stage, and Montana’s Lil’ Smokies weaved themselves into the throng of musicians, instruments, speakers and wires to establish an 11-person bluegrass supergroup.  Picking up where the Grateful Grass set had left off, this newly established supergroup jammed through “I Know You Rider” and “Goin’ Down The Road,” two songs that are extremely typical for an encore of a Dead or Dead-related show.  Needless to say, Saturday night was chalk-full of incendiary music and unparalleled musicianship.  Watch out, bluegrass world, because the Dusters are on fire.

All Photos by Will Sheehan. See full gallery here.