Englewood was looking like a scene from “when crust punks attack” as the sold-out crowd for Choking Victim poured onto South Broadway Friday night. The Gothic theater housed one of just six shows that the iconic punk rockers decided to play in 2016. Having disbanded officially in 1999, the group has reunited several times, although never in Denver before. With the promise to play No Gods. No Managers, Squatta’s Paradise and Crack Rock Steady in their entirety, is was not hard to imagine that the masses would flow to see the event. 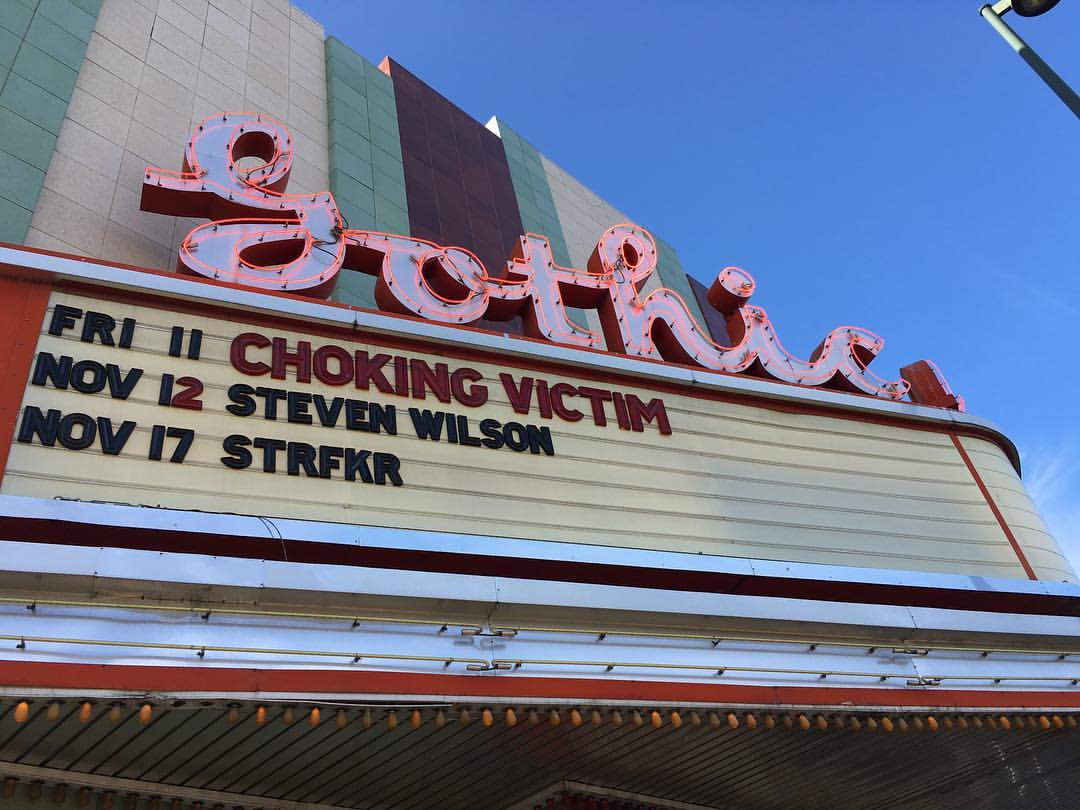 Entering venues in Denver has been taking more time lately than in the past due to the incorporation of metal detectors inside the doorway of every AEG Live show. Even more so on Friday as a result of a devout dedication to punk fashion, including chains, pins, rings, spikes and the like. Opening bands Wake the Bat, Allout Helter and Screwtape were the first acts of the night, and each served as a perfect dish to a four-course punk dinner with a splash of establishment-rage for dessert. Each group took time to riot against politics, police and bigots of any kind through punk-core screaming.

Just before 10:30 p.m. STZA, Skwert and Alec Ballie (all of the original band lineup) took their places on the stage, looking like as much of the band as they did twenty years ago.

Skankers skanked to “500 Channels” and screamers screamed along with “In Hell.” The band brought up Joey Steel of fellow New York band All Torn Up for “Crack Rock Steady,” a song lead singer STZA referred to as “a song about killing cops.”

“I think we will all be in a bad spot for a while,” STZA went on. “This country was never really great…so let’s make punk great again.” 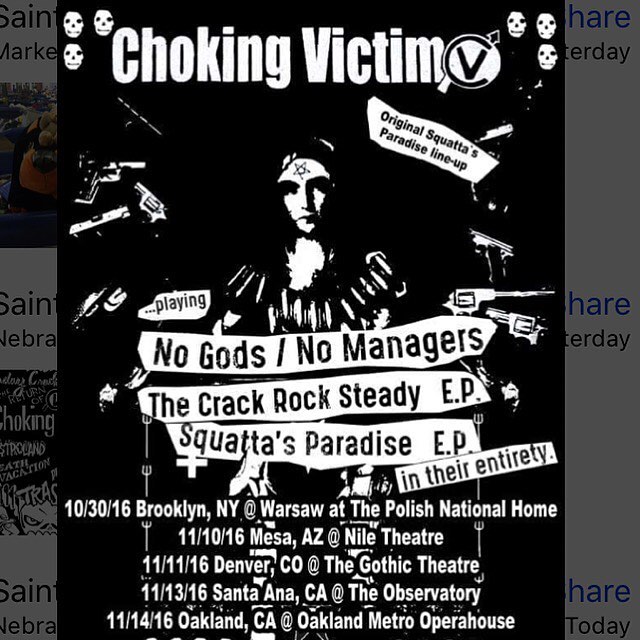 The rest of the album played on as promised. With STZA’s voice and Skwert’s signature drum beats and rolls, the performance felt as familiar as the recorded album – with an added grit of a live performance, of course. After they finished the album, they retreated for a quick set break. Quick, as in probably less that 5 minutes. Once returned, the group was accompanied by Kyle White from Public Serpents for the tracks on Squatta’s Paradise. As usual, it wouldn’t be a show in Denver with mention of the high altitude.

“There’s like, hardly any air up here.” shouted STZA before dedicating the show to the “crusties.”

“Infested,” “Death Song” and “Born to Die” completed the rest of the set, with the guys pretending to finish the final song, but instead completing the song when they came back for the encore. All that was left was the Crack Rock Steady EP, with the band’s theme song “Choking Victim” leading the set.

“This goes out to all of the closet racists in this country,” declared Baillie, before rocking “You Ought to Die.” “Apple Pie and Police State” of course ended the evening. The performance itself provided an opportunity to cross off of a bucket list item for many, and the overall take-away from the evening is that if you are afraid of the state of out nation, you can at least rest assured that the punk-drought could soon be over.