This past February, producer, songwriter and flatout entertainer Robert DeLong moved to Wash Park, Denver. Since then, he’s already shown the Mile High a lot of love with two shows–an opening set for Tears for Fears at Red Rocks and a Halloween weekend DJ set at Punch Bowl Social. Not only is he performing a lot around town, but you’ve probably even run into him at a show. DeLong has become a huge supporter of local venues, unable to internalize his irrefutable love for live music. 303 Magazine had the opportunity to sit down with the producer just before he flew back to LA for a couple months to start recording a new album.

303: Welcome to Denver! How are you settling into the Mile High?

Robert DeLong: I love it. I’ve been here since February and it’s been great. Obviously I’ve been traveling a lot ’cause that’s part of the deal. But we’ve had some good long stints here, gone on a lot of cool hikes, got up skiing a couple times. 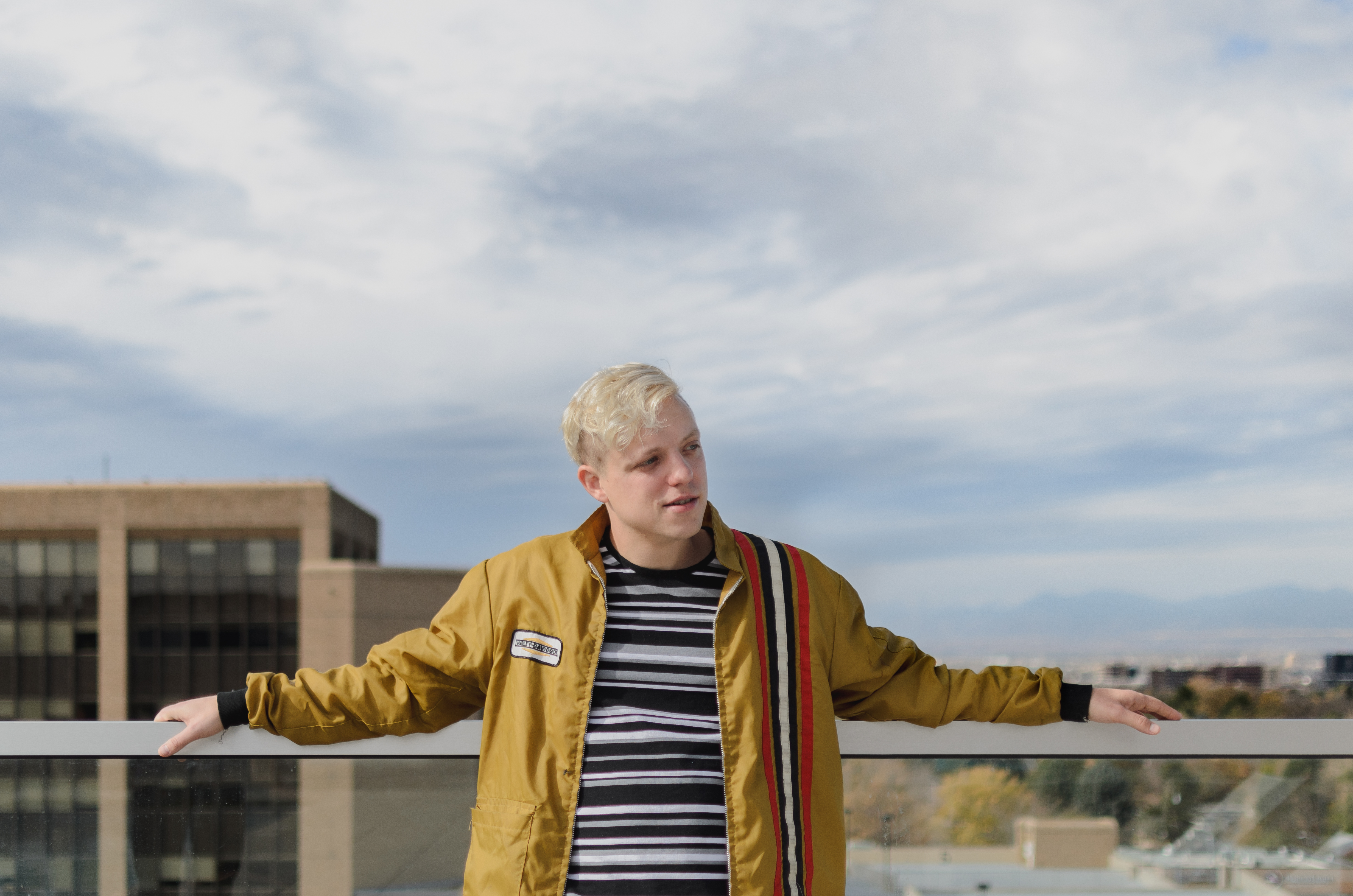 Photo taken at HALCYON – A hotel in Cherry Creek

303: Are there any ski areas that you like the most?

RD: Well we moved here in February and we weren’t actually here until March.  I just got a few runs in at at A Basin ’cause that’s where my friends had lift passes. We’re getting that [Epic] Local ski pass this year.

303: When and why did you decide to relocate to Denver?

RD: Honestly, my girlfriend and I kinda had this moment where it was like, I’m ready to get out of LA, I’ve lived here for 12 years. I love LA, but it’s chaotic and so expensive. I was just thinking of a cool place in America that I could do a stint in. So as I was touring I was taking notes on places. And there are a lot places like Nashville or Austin that are cool but we showed up in Denver last year when I was playing here at the Bluebird. We had a couple days off, and I was just immediately like, you know what? This is it, I love it here. This is great. And you know, I just joined the trend of everybody else from California moving here, so I’m sorry but that’s how it goes [laughs].

303: Do you have any new restaurants or bars you’re already hooked on?

RD: There’s tons of great food here. We live pretty close to Sushi Den, so I was just amazed that they actually have great sushi in the middle of America. It doesn’t even make sense. I guess they charter a plane so there’s that. We live close to Wash Park Grille. That was the first place we went and I really enjoy that restaurant. City O’ City is a great vegan and vegetarian spot. Punch Bowl Social is a pretty cool spot. Their Quinoa Super Bowl or whatever it’s called is really delicious. I like drinking and there’s a lot of places to do that [laughs]. 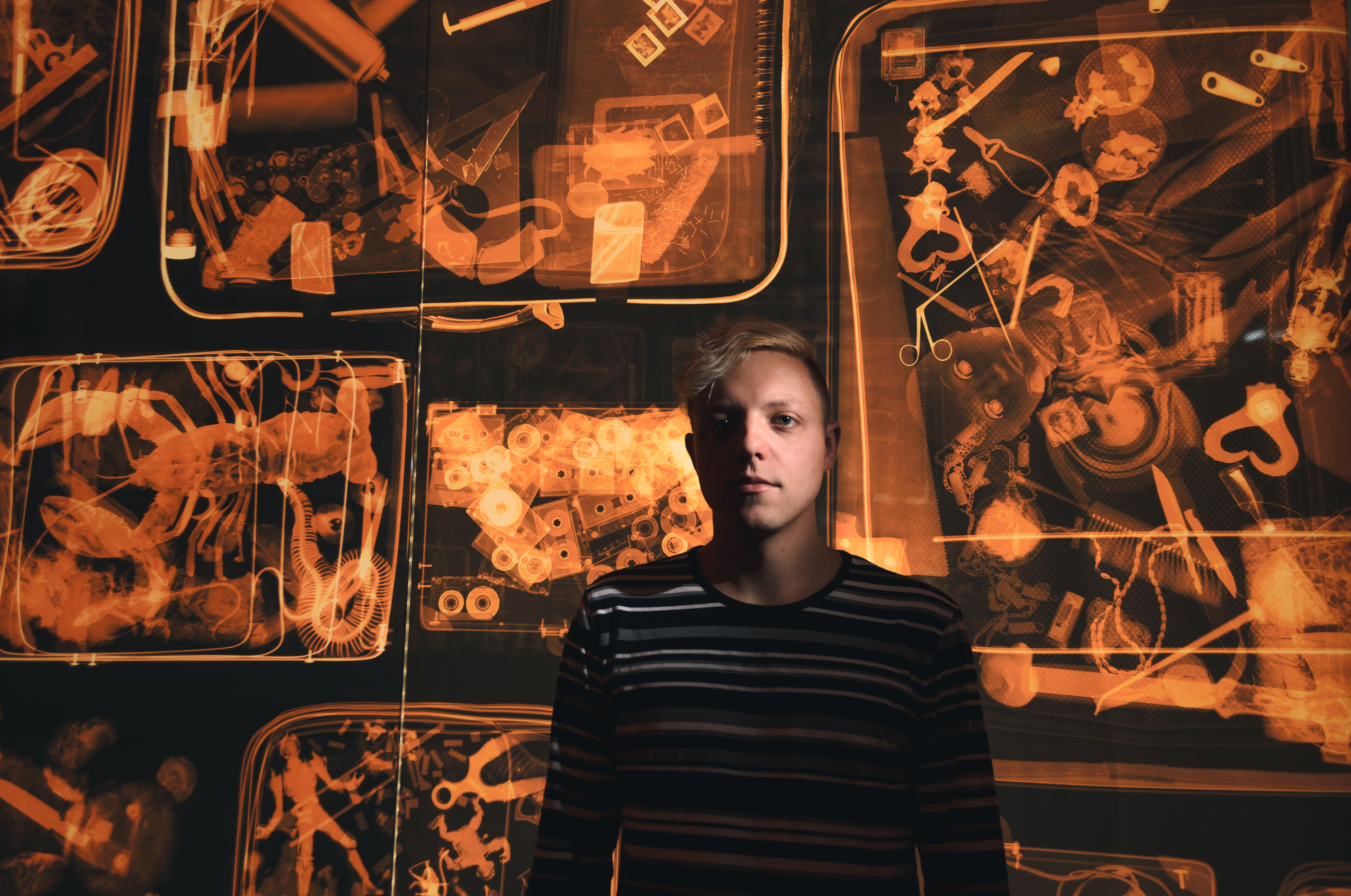 303: What can we expect to see you doing for fun around town? Skiing? Hiking? Stopping at your local dispensary?

RD: We live pretty close to Lucy Sky, the one in Wash Park so we stop there. Other than that I go put a lot to Beta or Vinyl if there’s cool techno or house stuff. I’m a big techno guy. I’ve been to a bunch of Afterhours Anonymous events which are underground late-night kinda things. I love that kinda stuff.

303: What was it like performing for the first time at Red Rocks this year with Tears for Fears?

RD: Surreal. Amazing. There was that moment when I walked out on stage and had to process what was going on because, well, it’s Red Rocks. I would say next to The Gorge, Red Rocks is maybe the coolest venue in America., But I’d say it’s cooler than The Gorge.

303: The Gorge–that’s a venue a lot of artists compare to Red Rocks. I’ve never had the chance to go.

RD: Well, they’re both super beautiful. The Gorge is cool but Red Rocks is a little more picturesque depending on the weather [laughs]. 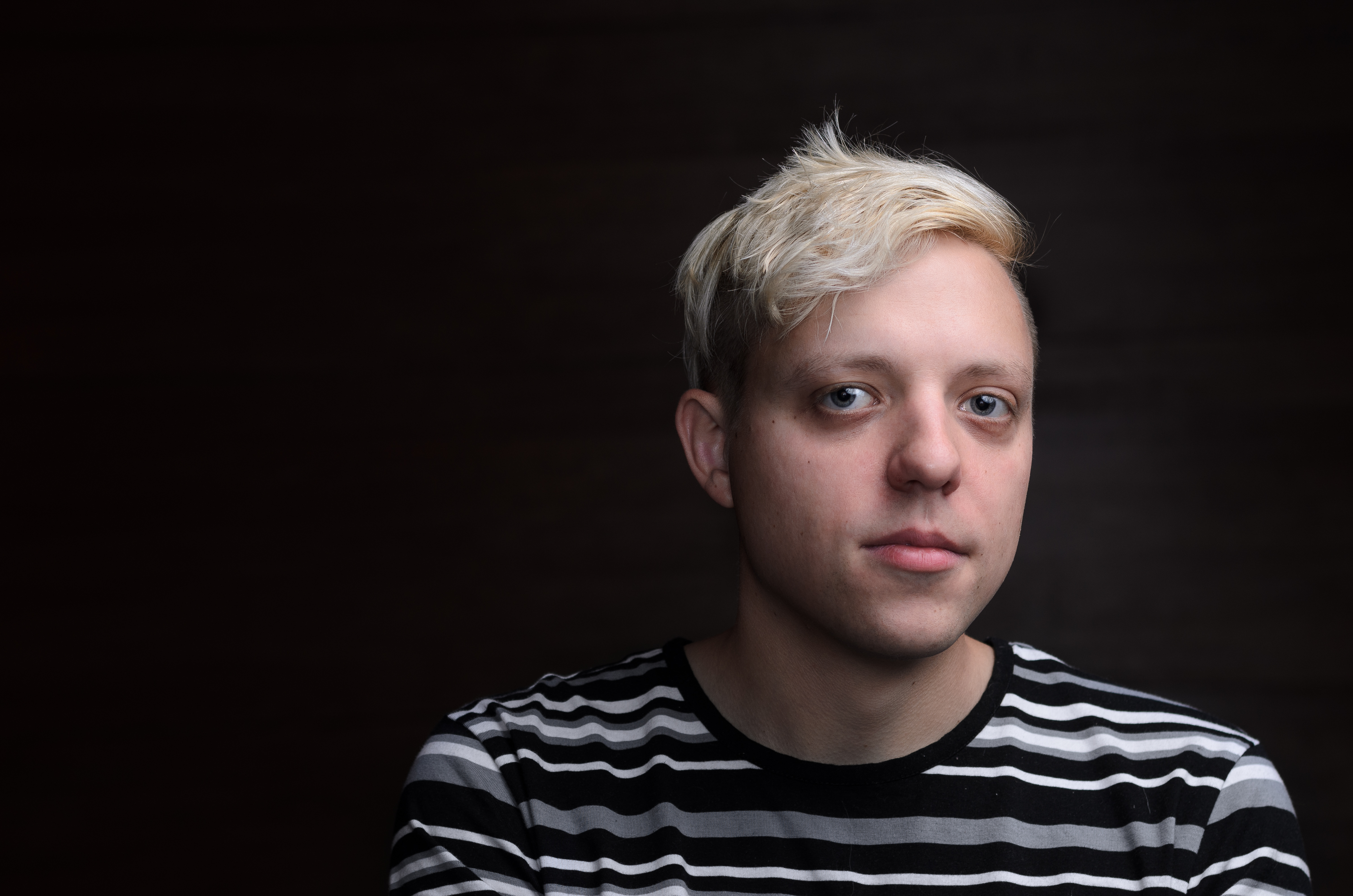 RD: Yeah, I’ve actually been to a few shows. I saw Tame Impala this summer, I saw Sufjan Stevens there and M83.

303: You leave soon to go back to LA to record a new album. Tell us more about your plans for the next LP.

RD: I’ve just been kinda going back and forth between being here and doing some stuff on my own and then going back to LA to do some cowriting stuff with other people. At this point I’m just amassing a body of a bunch of the songs that I like. I definitely think there’s a natural evolution or direction change that just comes from, you know, I’m two years older than I was than the last time I was writing songs. A lot of the songs I’m writing are less dance-music oriented than some of the other things I’ve written up to this point. But some of it is still pretty  dancy, but it’s veared away a lot from the house jams. I’m doing a lot more stuff with hip-hop tempos and psychedelic stuff. 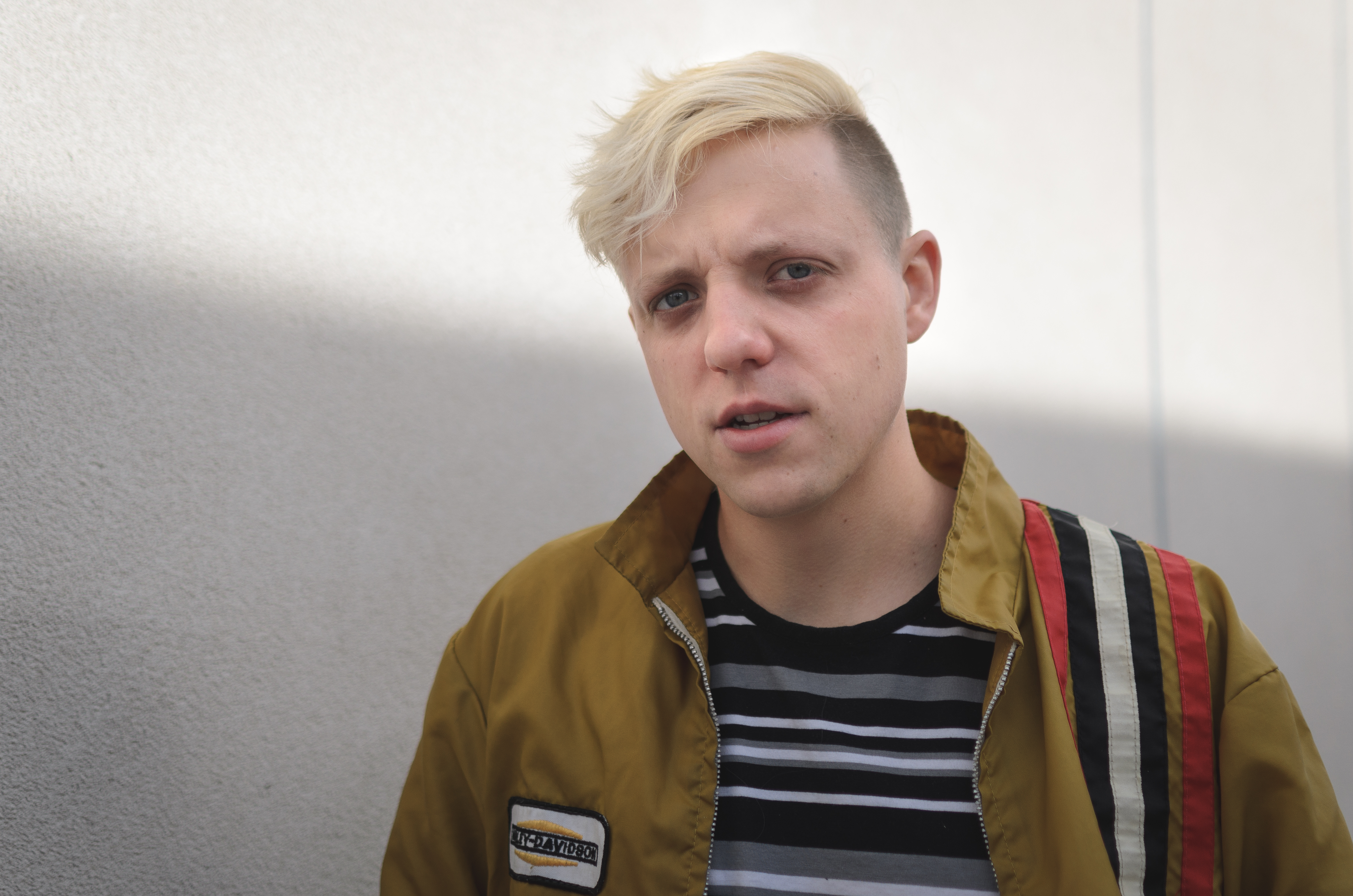 Photo taken at HALCYON – A hotel in Cherry Creek

303: Who inspires you most in the music industry right now?

RD: Growing up I was always a big fan of people like Radiohead. I grew up in Seattle so I listened to a lot of indie-pop stuff from Seattle–Postal Service, Death Cab, Modest Mouse, all of that. As far as modern stuff goes, I’m super inspired by Tame Impala because it really is this one dude that writes all of the music, produces it all himself, mixes it all himself and puts together a band to tour with, which is impressive, it’s cool and I love that. There’s so much cool music out there. I think Flume is one of those producers… I haven’t seen his live show in years but I love his production. He definitely has pushed the boundaries of bass music.

303: Is there anything you’d like to add for your Denver fans?

RD: I look forward to seeing you out at shows. Anytime I’m home I try to go out and see music as much as I can. Denver is amazing, there are so many venues here and so much music all the time. There’s not a place in LA that has a higher concentration of venues than Colfax.

All photography by Austin Cope. Location–Departure Elevated and Departure Restaurant + Lounge in the Halcyon Hotel in Denver’x Cherry Creek.

Check out our review of DeLong and Tears for Fears’ Red Rocks show here. 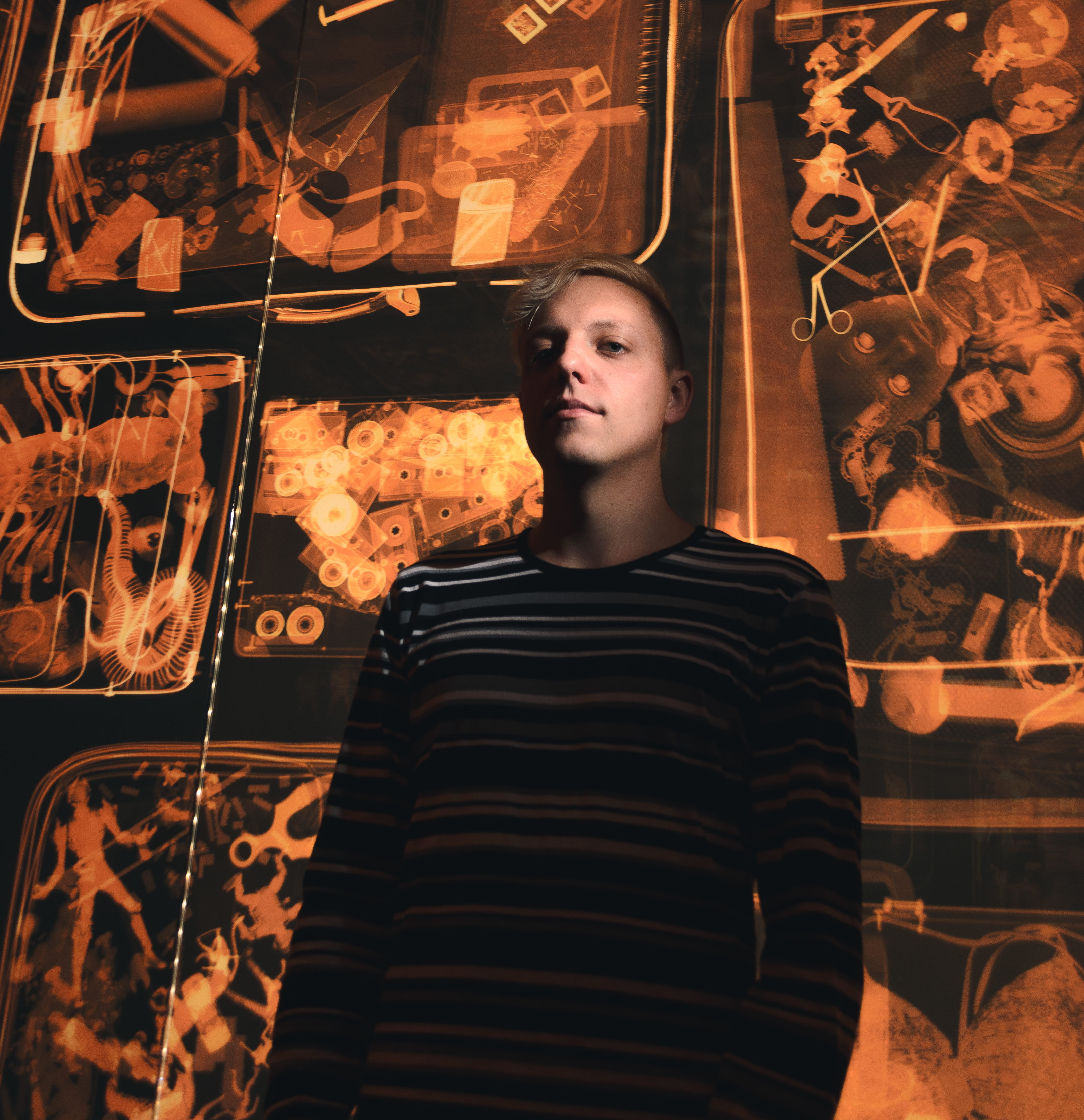