The boys are back in town. Almost. Denver’s favorite trollop of funk-fiend inducing brethren, The Motet, will once again prevail over the majestic Ogden Theater for two nights on November 11 and 12 that are sure to be freaky-crazy-rootin-tootin-tap-your-feet-and-shake-your-rump-fantastic.

This past July, the group of seven sprouted the much anticipated  TOTEM, and Denver fans have been ravenous since Red Rocks to get their ears and feet back into a sweaty, good-time-fueled party of epic proportions. 303 Magazine chatted with Lyle Divinksy about what to expect, and what the band is looking forward to come the wild weekend.

Lyle Divinksy: Well, I am standing outside of the Brooklyn Bowl. We just finished sound check, and so now we’re getting it all together before heading to what is hopefully a sold-out night two.

303: Winter is taking its sweet time coming to Colorado. Are you as afraid of the cold months as I am?

LD: I’m from Maine, so I’m kind of used to it. I don’t love them, but they kind of force you into reflection and taking time for yourself. I’m very appreciative because I know they let me see things that I don’t always get to see. I find that I write the best when I’m kind of trapped inside a bit.

303: TOTEM has been widely well received – while creating a new project, does audience approval influence the direction in which the album goes?

LD: I don’t like having any expectation of where the song’s gonna go. I think that it’s best when you kinda leave it open and allow the creative energy to come through and then find you there. It’s like the editing process that you do when you bring a song from an idea or a demo recording into a live situation. You learn what works and what doesn’t, and it’s interesting because it’s always different. You can never get away with the same thing twice. Which makes it exciting.

303: What are you most excited about jamming TOTEM to your Denver cult-like following?

LD: Oh man. Well, I am especially excited since I’m actually moving to Denver after Thanksgiving. So this is the preview for me of what I’m moving into and I’m so excited about it. Red Rocks is the only other time that I got to play in the Greater Denver Area. I’ve had the chance to sort of hang and get to know the community a bit more, it has been amazing, and I get so much more of why Denver is the place that it is and why it’s such a popular spot. 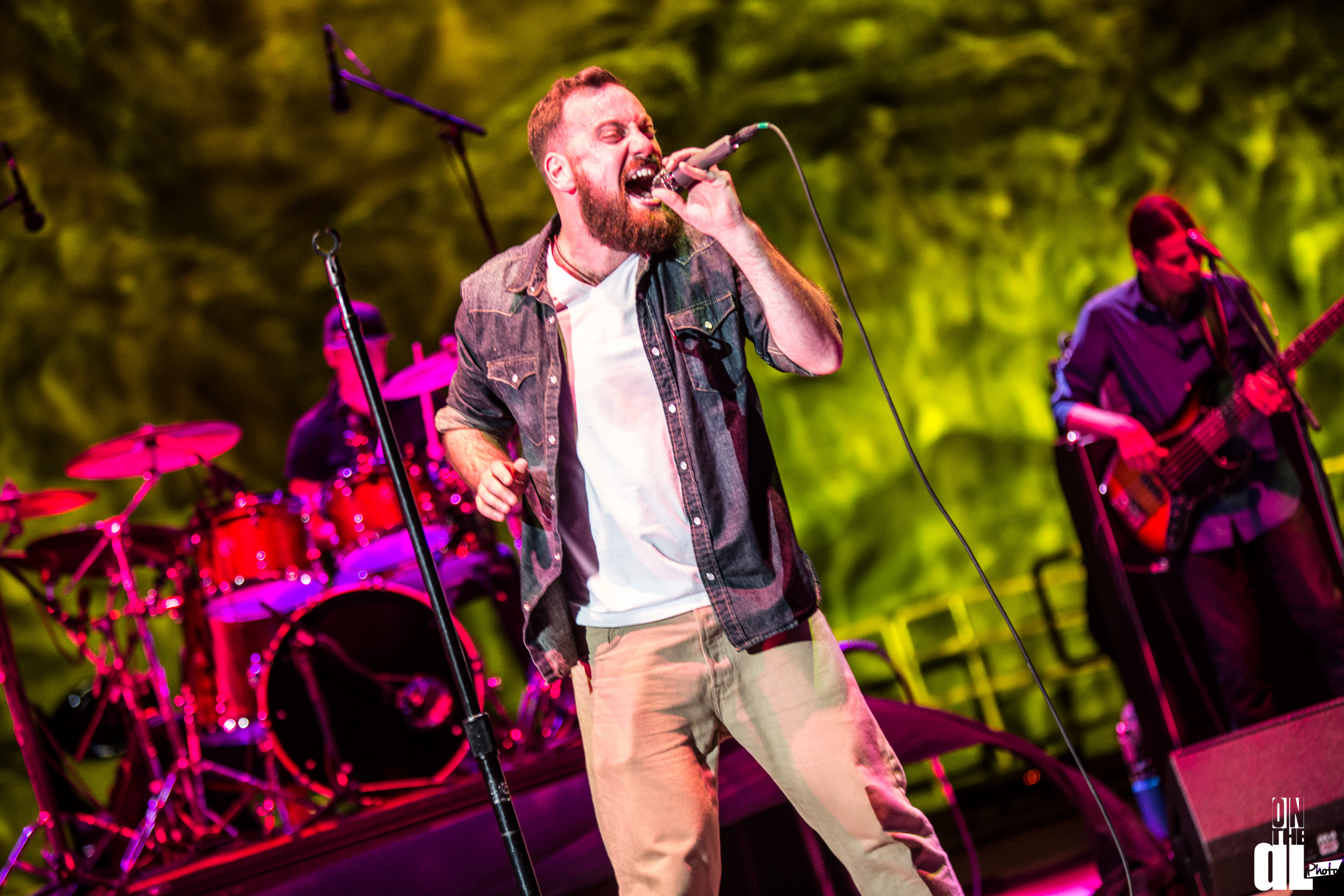 “There is just a really palpable energy [in Denver]. A palpable community and support for the arts and for music out there. If anything I’m just excited to get out there and start to become more a part of it than I already am. I’m pumped. I’ve been looking forward to this for a long time.”

303: What funkadelic/groovetastic/wicked sweet costumes can we expect from you this year?

LD: (Laughs) That’s awesome, I love it. We’re gonna go deep. You can guarantee that Ryan’s probably going to have the best glassware that you’ve ever seen. Joey’s shirts are going to be…and you probably can’t print this… but un-fuck-withable. I’m about to rock my dad’s old 1979 golf pants. He never won a tournament in his life but he always won best dressed, we’ll put it that way. It’s gonna be pretty wild. We’re gonna get wild.

303: 303 loves the Motet for its dance parties, soulful tributes and its dedication to bringing the funk. What do you love about 303?

LD: Like I said, the support system and the willingness to give, to give themselves fully to an experience. To me, the coolest thing is to just give yourself in to an experience and be fully confident. In Denver, if they’re at a show; they’re going in, they’re dancing, they’re raging and they want to get down. As a performer in a funk band, that’s the best energy to play in front of.

LD: Oh yeah, I grew up in a family of funk. My dad is so much better of a singer than I am. I’m the Evan Williams to his 15-year-old scotch. Growing up it was non-stop Motown, Sly and definitely a lot of soul music. As I got older, my sister’s hip-hop influence came in, and hip-hop samples a lot of funk music. My dad would hear that and be like, “Oh, you know what that song is?” and I’d be like, “No, but what is it?” and then he’d turn me on to some Earth Wind and Fire or James Brown, and things like that just kind of cascaded down. 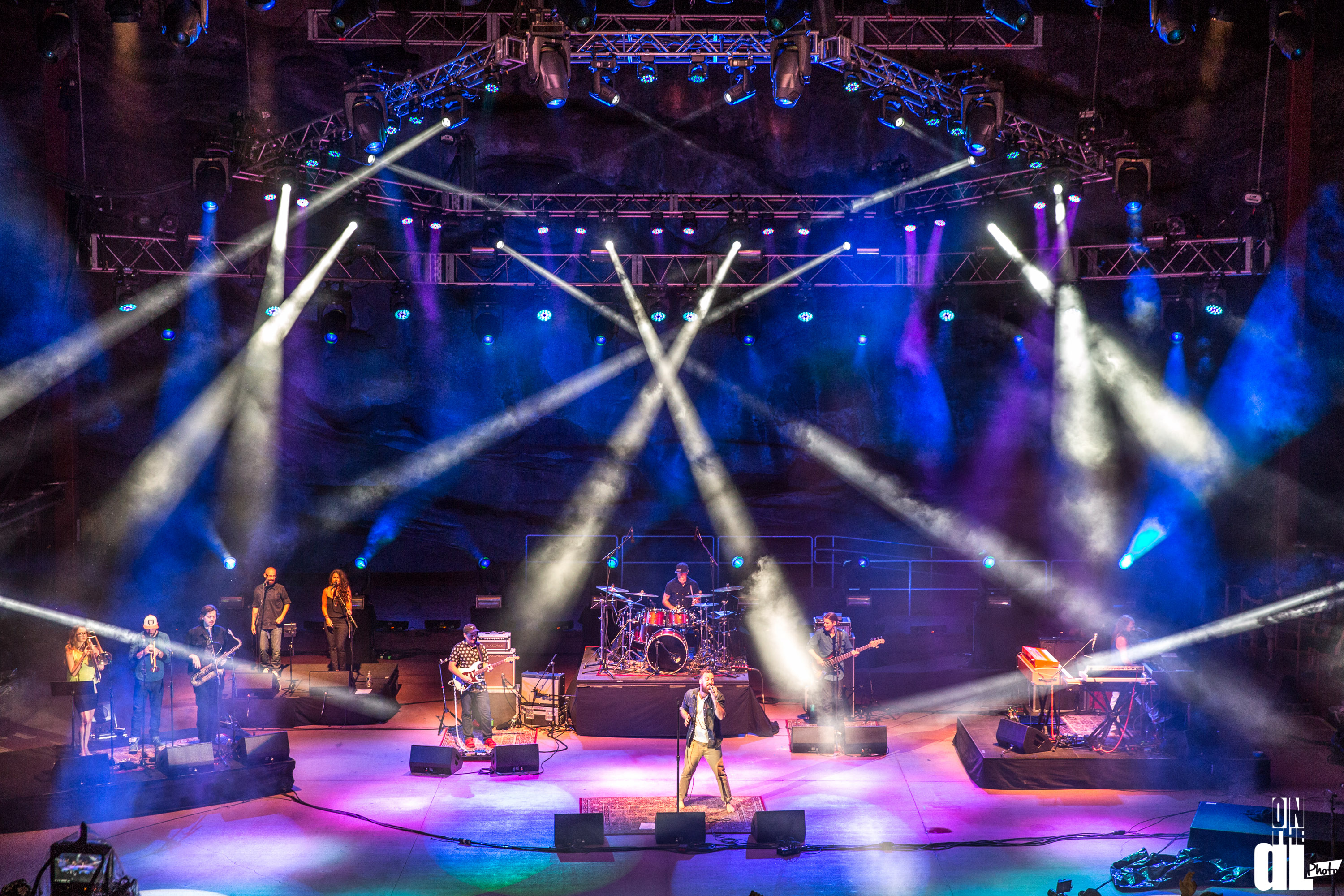 303: How does it feel to be giving back to the funk community?

LD: It’s a blessing, but I view it as a responsibility as well. I think of that Spiderman quote, “With great power comes great responsibility.” The more influence you have and the more power you have, it means that you have more responsibility. I look forward to constantly being able to up my game and to hopefully influence somebody else. Hopefully, I steer them in a good direction.

303: We share a love for anagrams. Other than that, is there a deeper meaning to your naming of (your latest project) TOTEM?

LD: The way that I see it, and I’m one of the newest members to the band and I never want to speak out of turn to this, but the Motet is an ever-growing and ever-evolving band. For people that have been a part of it since the beginning, it’s like a continual growth. The way I see it is that it is a symbol of where you are coming from and where you are growing to get higher and become the greatest form of a band that you can be.

303: Other than properly stretching and loading up on electrolytes for the day after, what can you tell us Denver folk to prepare for with your upcoming shows? Any advice for the impending whiplash from simply getting it too hard?

LD: (Laughs) Oh yeah, I think you nailed it on the head. I think you need to stretch and stay hydrated and make sure you’re ready to dance as hard as you possibly can because I’m sure as hell gonna be doing it and from what I hear, everybody else is going to be doing so as well. So, that’s it.

This interview has been condensed and edited.