“Oh man, this is my favorite show for real. I really love this place,” said Mac Miller as he took over the stage and sent Halloween on the Rocks into a frenzy. This was the second Halloween on the Rocks Miller has headlined, and with rumors it could be an annual thing, it’s starting to look like Denver should start getting used to spending the holiday every year with Miller and friends. Last year he brought out Flatbush Zombies, Goldlink and Tory Lanez, however this year’s lineup contained some even more well-known artists like Big K.R.I.T. and Vince Staples, two of the biggest emcees in the rap industry right now. However, the question on everyone’s mind this year was if Miller would bring out newly flamed love Ariana Grande? 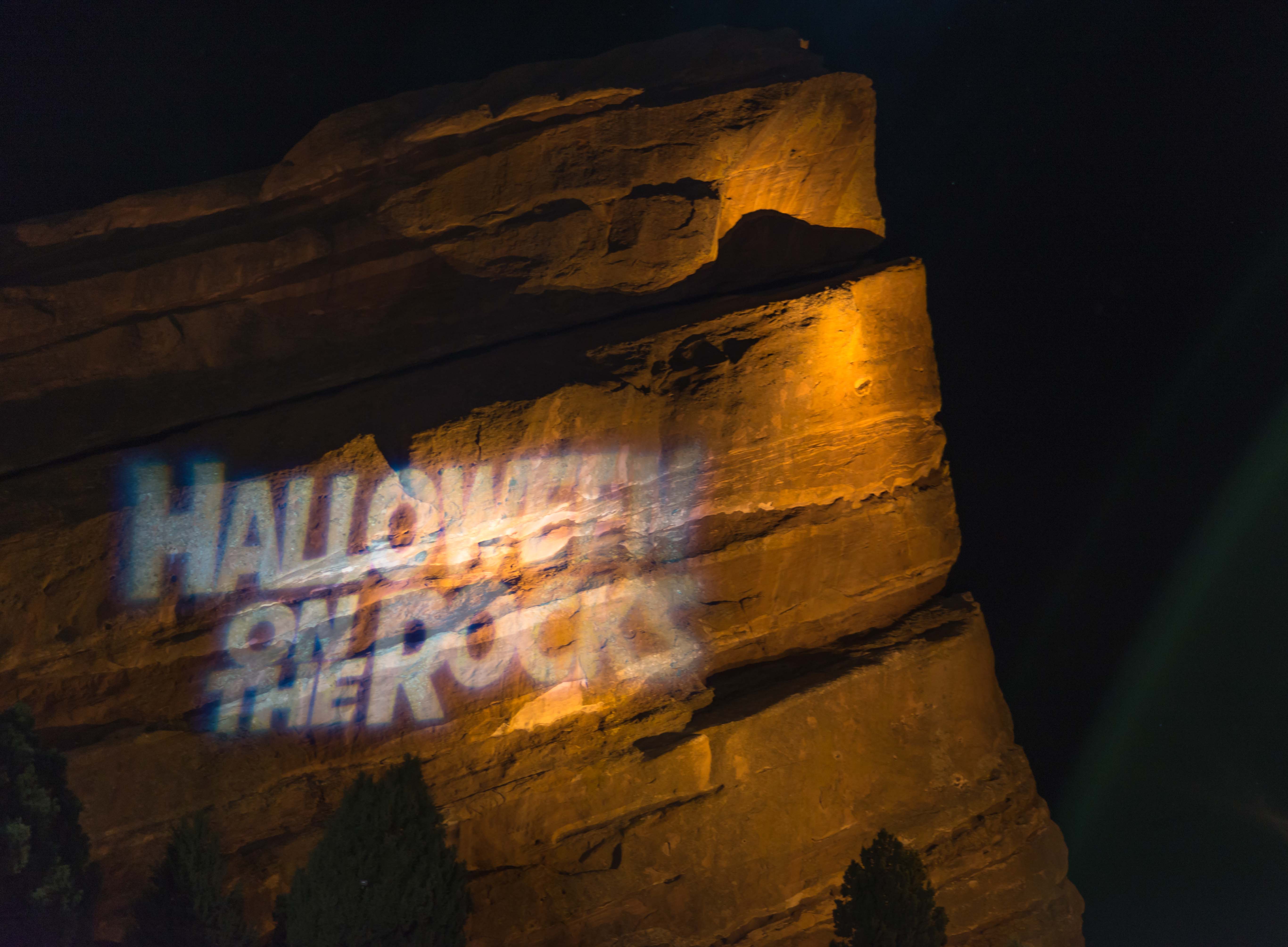 Around 6 p.m. the show began with an opening set from longtime Miller friend and collaborator, DJ Clockwork. After setting the mood and playing through a list of today’s hits, Clockwork announced the first performer, Njomza, a talented singer signed to Miller’s Remember music label. Touting a ski mask, a sports bra and a matching army two-piece—Njomza sent her sultry voice bellowing through Red Rocks for a breathtaking performance. Mixing heavy r&b sounds with her beautiful voice, Njomza emerged defiantly as a star. Her voice was mesmerizing and the unique sound to the instrumentation seemed to perfectly match the eerie feel for Halloween night. She’s an artist that I will be keeping my eye out for.

Next out was a talented up-and-coming artist from Florida, Pouya, an aggressive emcee who helped give birth to the unique underground sounds of $ucide Boy$ and Fat Nick. Still early in his career, it’s amazing to say he was able to share a legendary venue with huge names like Big K.R.I.T., Vince Staples and Mac Miller. Embracing the experience fully, Pouya effortlessly delivered his spitfire raps to the massive Red Rocks crowd. Pouya gave the audience their first treat for Halloween when he brought out Sir Michael Rocks of the Cool Kids to help him out with a few of their collaborations. Pouya performed some of the hit tracks in his discography like “41,” “Billy Mays” and “Energy” and exited the stage to the track “I Write Sins Not Tragedies” by Panic! At the Disco. 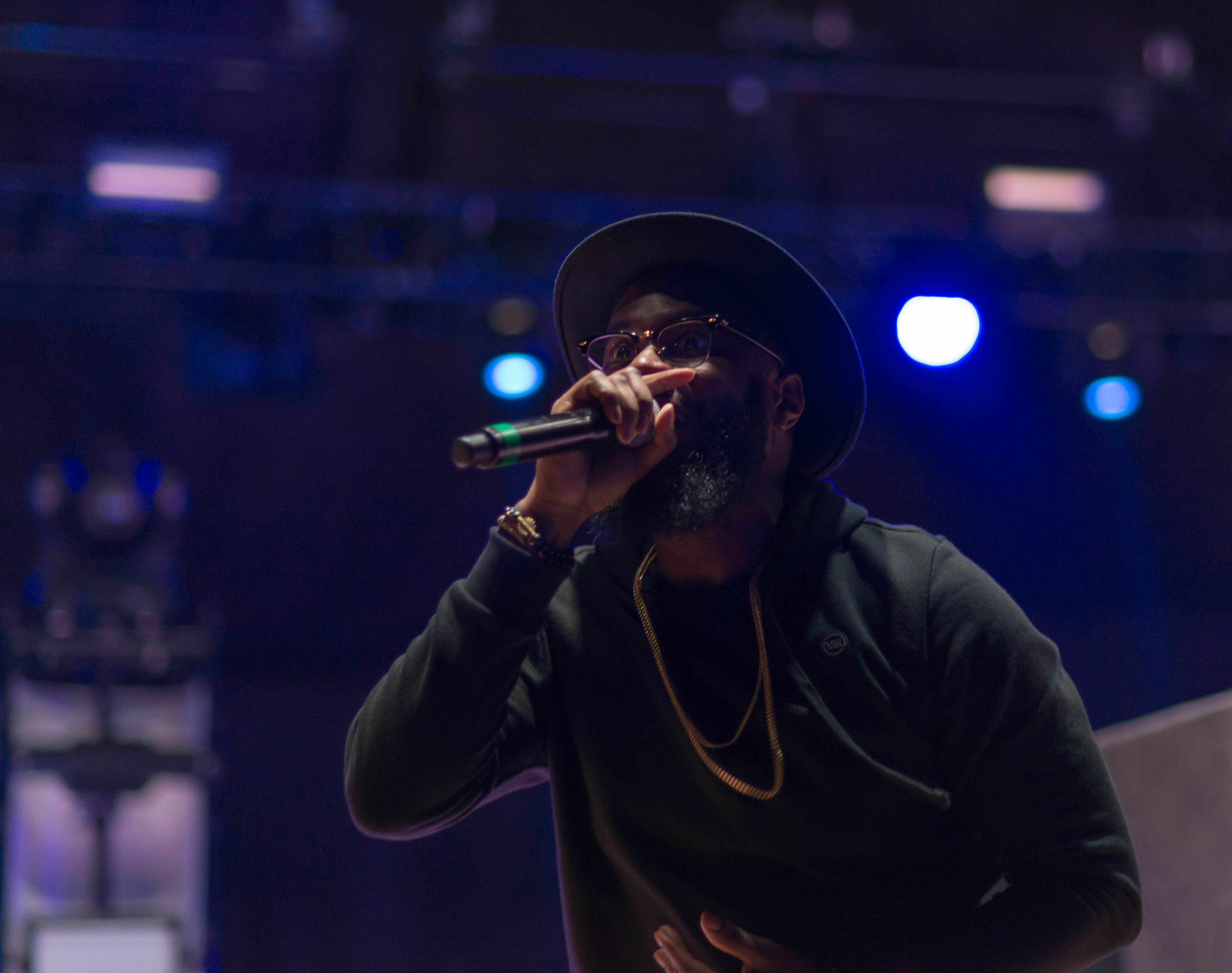 Representing a creative collective base in LA called Soulection, DJ Whooligan laid sown some of today biggest hits and got Red Rocks turning up to another level between sets. The King of the South hit the stage with “Country Shit” being greeted by an already pumped up crowd. Big K.R.I.T. didn’t seem like the best fit on this bill in my opinion, however, I was thankful to see a talented lyricist who truly respected the art of hip-hop on stage last night. K.R.I.T. is called the King of the South for good reason, but as you can imagine there’s a slight disconnect from the subject matter he speaks on—and the Denver audience for Miller’s headlining Halloween on the Rocks.  While the beats were banging and sometimes enough to get the crowd going, it just truly didn’t seem like they were entirely interested in the southern influenced perspective. Performing an array of tracks from his album Cadillactica, K.R.I.T. played everything from “My Sub Pt.3” to the title track “Cadillactica.” To end his set, he played “Mt. Olympus,” concluding the second verse with a passionate A cappella that effortlessly showcased just how good of an emcee he really was. 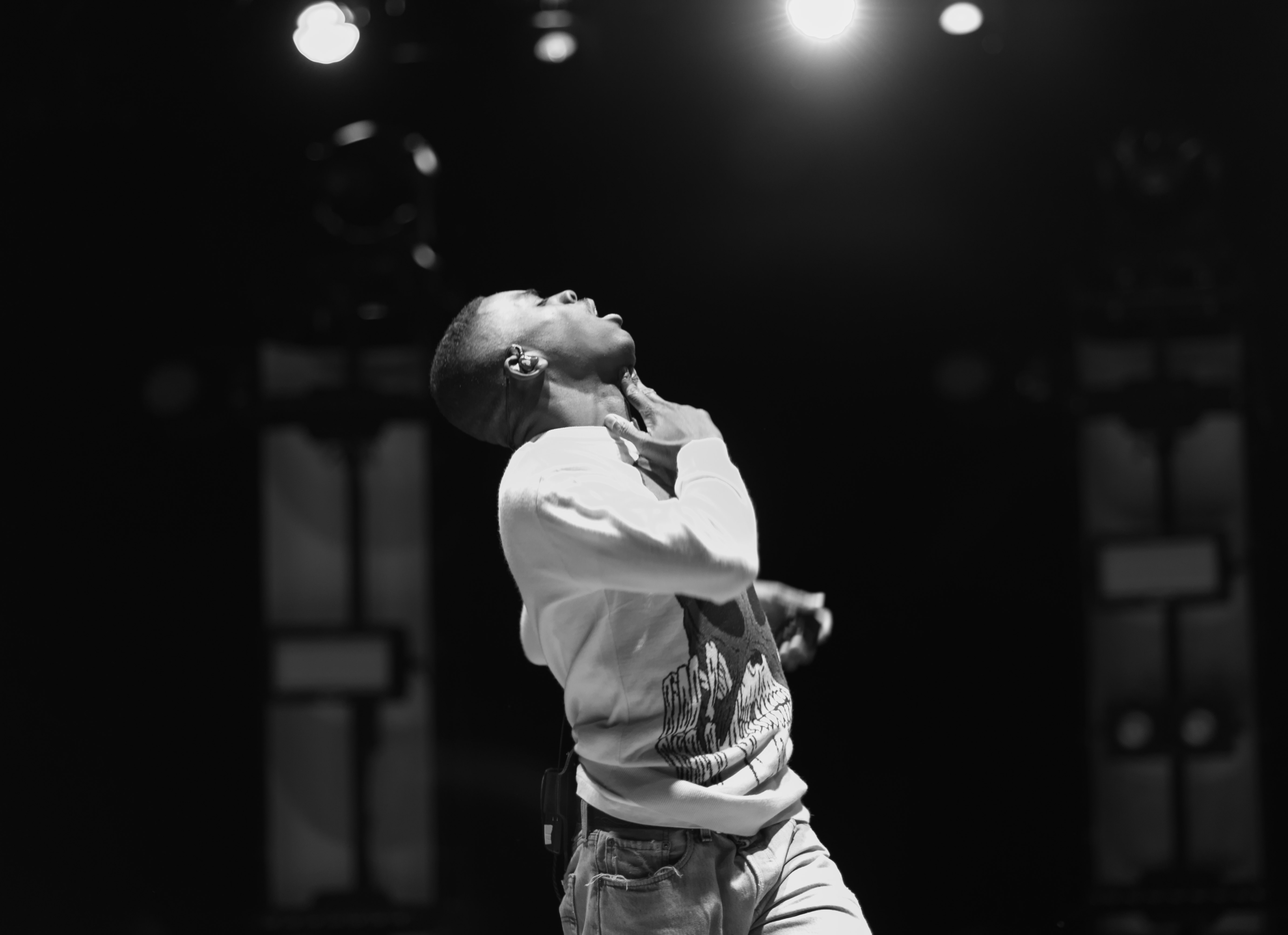 Vince Staples hit the stage next, met with a warm welcome-back for his third show in Colorado in less than 10 months. It’s clear with a stat like that the young emcee really enjoys playing in the Mile High city. Staples tore through his set with a focused intention and kept the crowd bouncing with bangers like “Senorita,” “Lift Me Up” and “Norf Norf.” Staying rather quiet and letting the music speak for itself, Staples had great stage control and easily embraced the intensity of performing in front of the nearly sold out Red Rocks Amphitheater. Towards the end of his set Staples dropped the appropriately  themed “Ghost,” a track with a very infectious beat that got everyone moving and jumping around again.

After another quick intermission, Mac opened up his set with “Cinderella” and the crowd went insane as the rapper walked on stage.  Seeing as this show was a part of the Divine Feminine Tour, I expected the set list to be dominated by songs from the new album, however Miller made it extremely diverse and added in songs from just about every period of his life. We were taken through his high school days with nostalgic throwbacks like “Knock Knock” and “Nikes on My Feet.” He guided us through his experimental drug phase on “Watching Movies” and “Lucky Ass Bitch.” Finally, Miller with a focus on the shining light of it all with The Divine Feminine and beautiful songs like “We” and “Stay.” With the immense amount of live instrumentation that is found on Mac’s latest alum The Divine Feminine, I was a little let down by the lack of live instrumentation at the show.  Towards the end of the performance Mac answered everyones speculation as he dropped the Ariana Grande assisted track “My Favorite Part” and romantically sung the words as they met in the middle of the stage for a touching moment to end an amazing night. 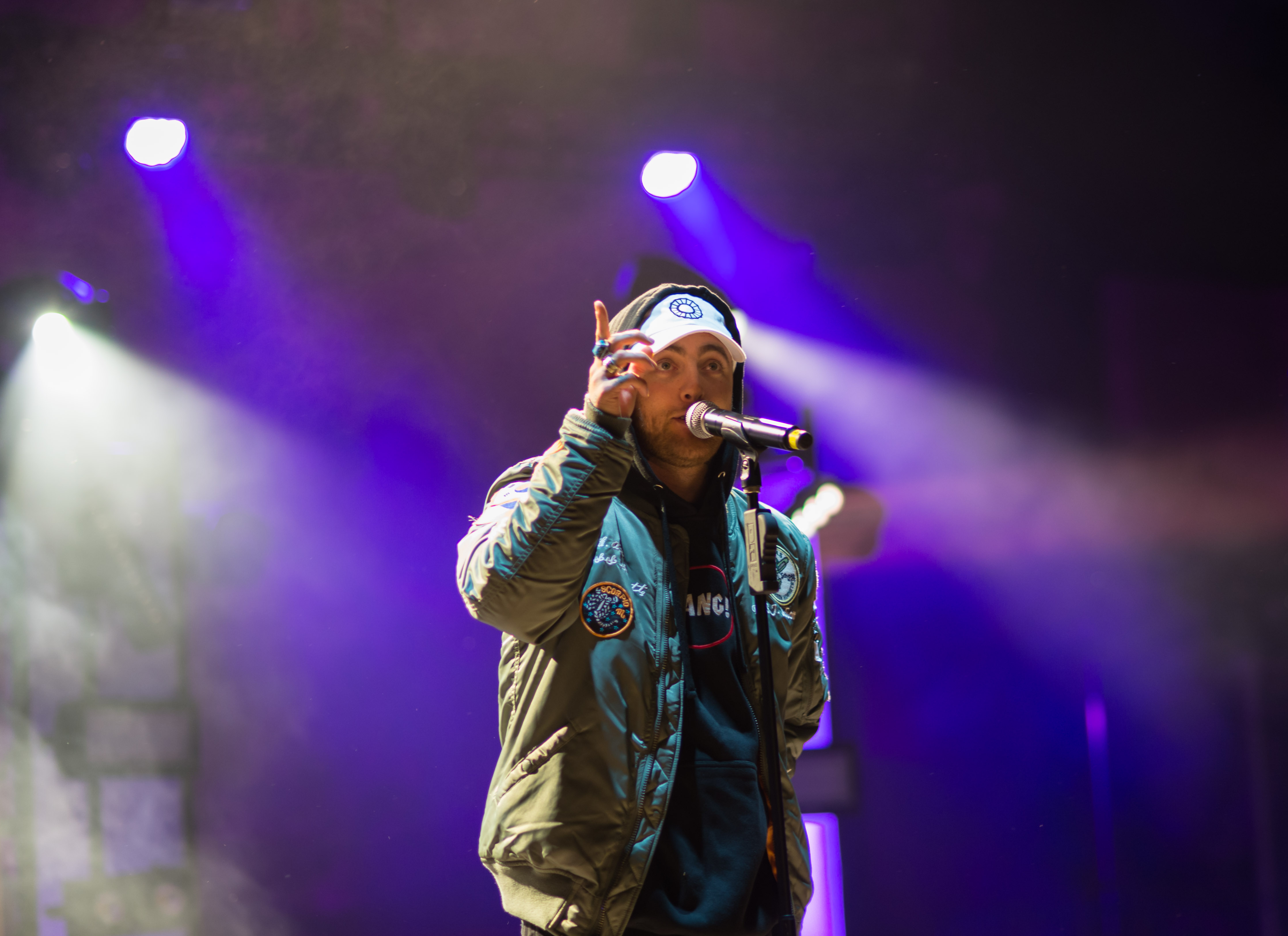 Wrapping up the Red Rocks season in style, the last show of the year was a huge one and hopefully will return in 2017. My only advice to Miller would be to feature some more holiday appropriate artists. While I don’t think anyone was complaining about seeing huge names like Vince Staples and Big K.R.I.T., it just didn’t fit the feeling of a Halloween show. Flatbush Zombies managed to capture that well last year, and this year Njomza set the perfect mood to pair with the occasion. Regardless, this show was special. From the Ariana Grande appearance to the star studded lineup, I cant wait to see what’s in store for next years Halloween on the Rocks. 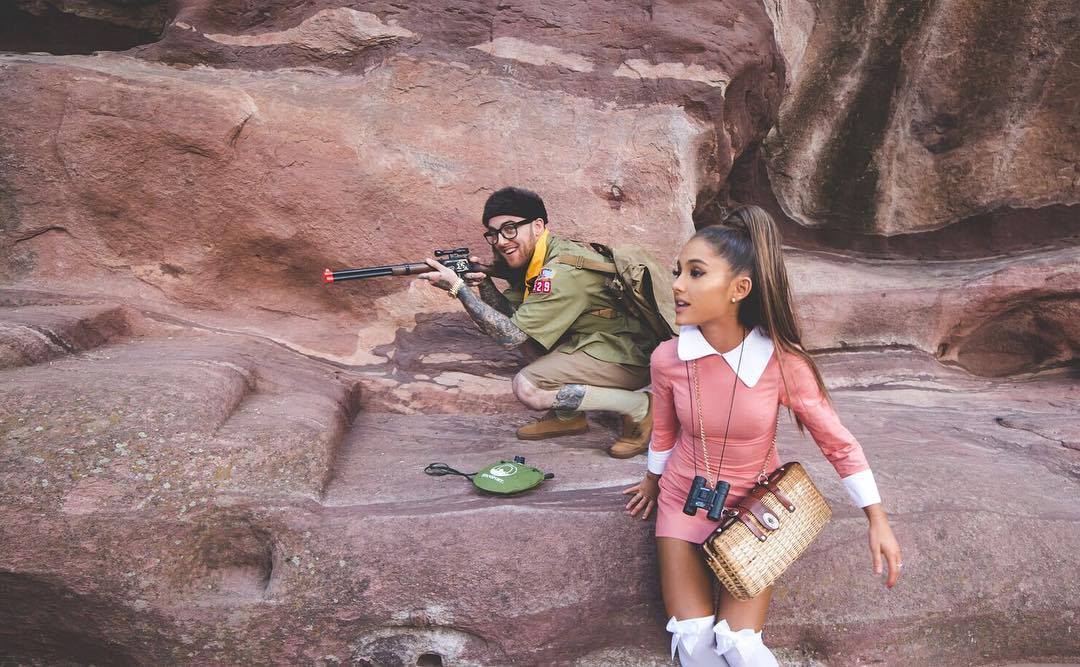 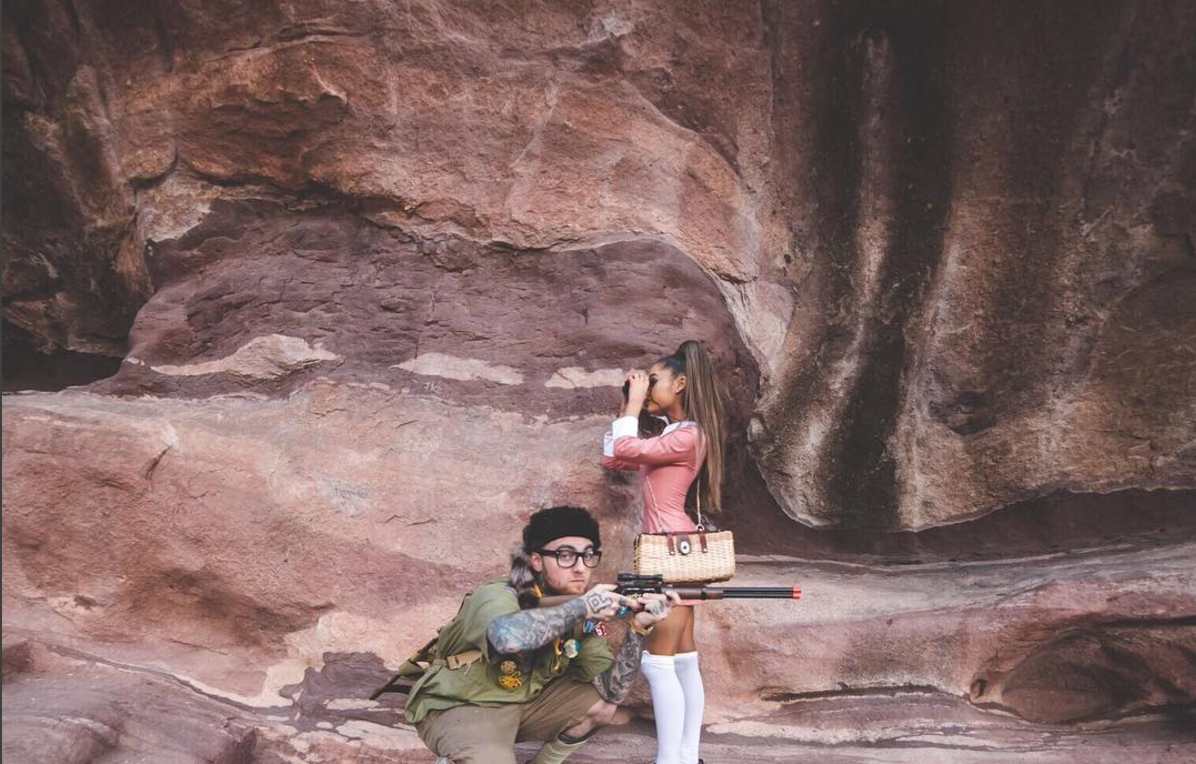