Purity Ring returned to Denver on the evening of Tuesday, October 25 and brought with them a future-themed performance. Still touring on their sophomore album, they returned to the Mile High with enough wattage to power the city and transported the Ogden to Another Earth. 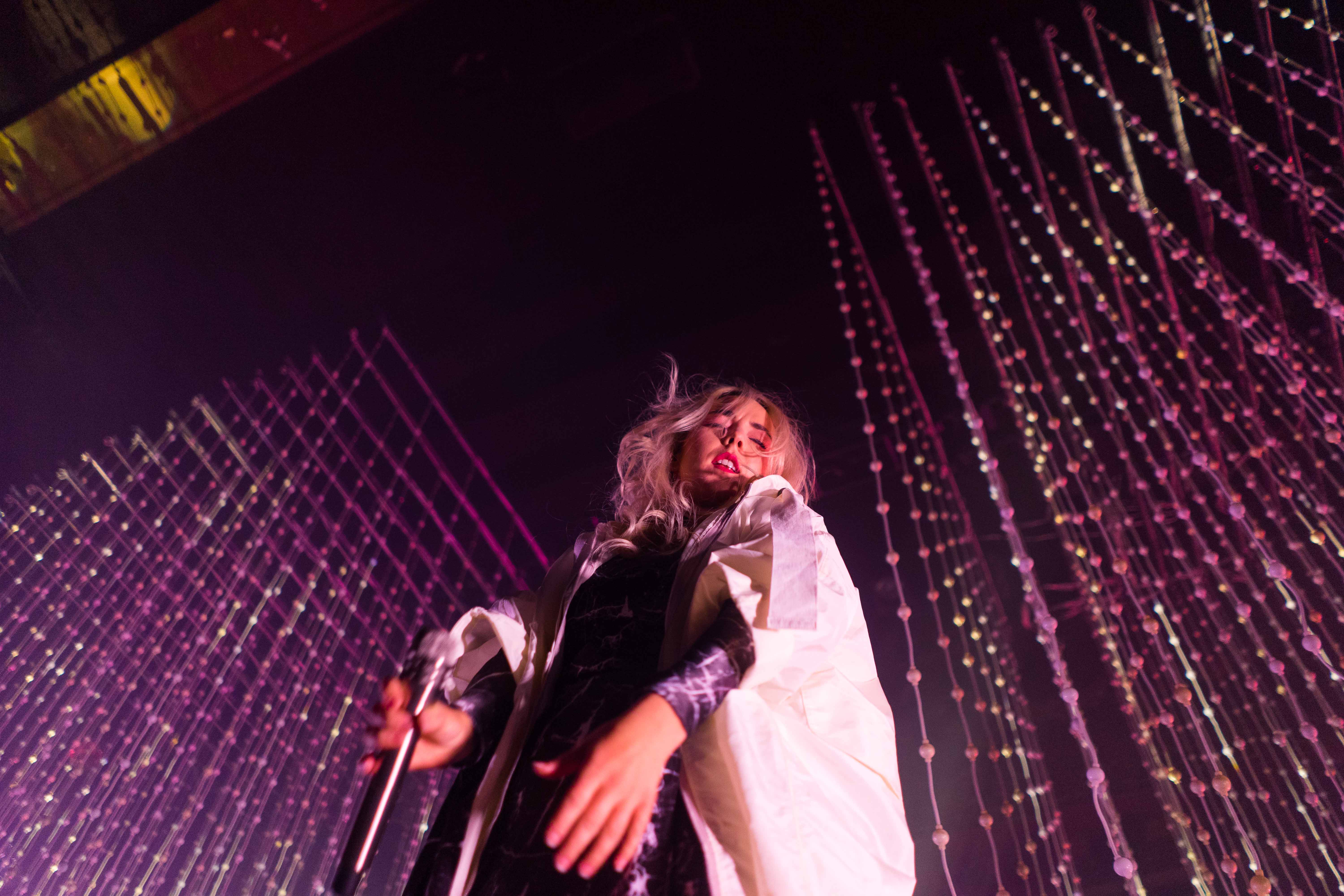 Los Angeles group HEALTH opened the show with a hard-rock electronica set. HEALTH has been touring with Purity Ring but recently stopped by the Mile High for the 2016 Westword Music Showcase (they also have a cool remix of “Begin Again”). The performance was energizing, to say the least, with intense percussions, heavy bass and multi-colored strobes. The trio’s stage presence carried the show with the guitarist emotionally pacing, wearing his heart on his sleeve and using sharp gestures. The frontman showed us how well he had perfected head-banging. He twirled his hair so much I couldn’t help but feel one day it will really take a toll.

Purity Ring began their set with “Heartsigh” and that’s all it really took to get the crowd pumped up. Everyone moved as much as they could, with their jaws hanging wide, mesmerized. It was only the beginning, though, and the performance quickly escalated. With each song, the lighting was stepped up a notch in both beauty in creativity. 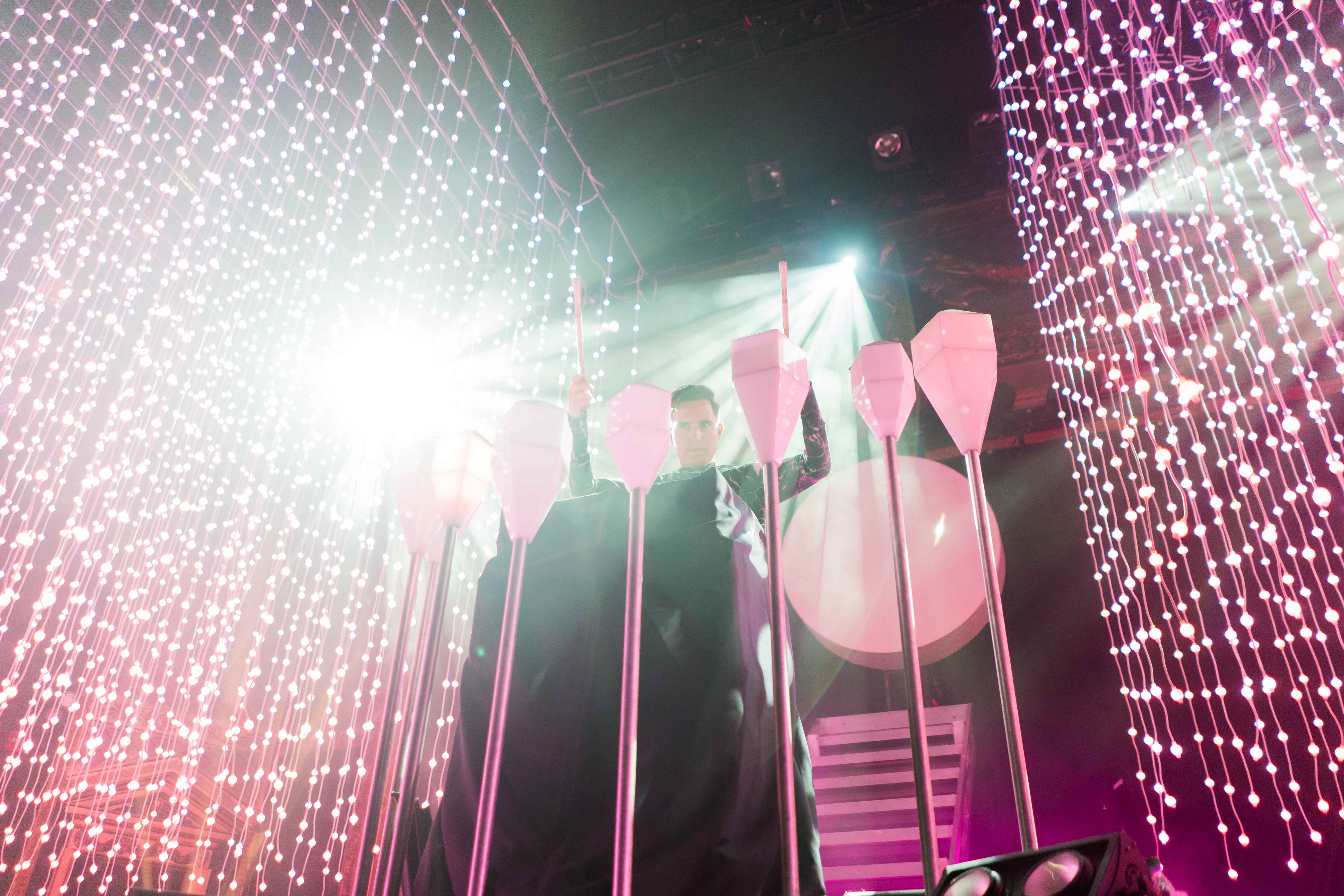 I’ve never been to a show where most of the fans don’t know sing to the songs, and surprisingly it was an added benefit to their show.  Hardly any lips were moving, and instead the unique sound of Purity Ring  shone through. The vocals, while hard to understand because of  auto-tune, are poetic and well-thought-out. Due to a mixture of these reasons, the fans were able to put their karaoke skills aside and simply get lost in the performance.

Purity Ring played a good mixture of songs from their two albums, including favorites like “Obedear” and “Fineshire,” as well as “Push Pull” and “Begin Again.” The crowd left happy, no, thrilled after witnessing the spectacle. However, I left feeling like I no longer know who Purity Ring is.  Now, if this was your first time seeing the Canadian duo. I’m sure it was a phenomenal experience; how couldn’t it be? But in comparison to their Shrines tour, the Ogden show was a bit of a letdown. 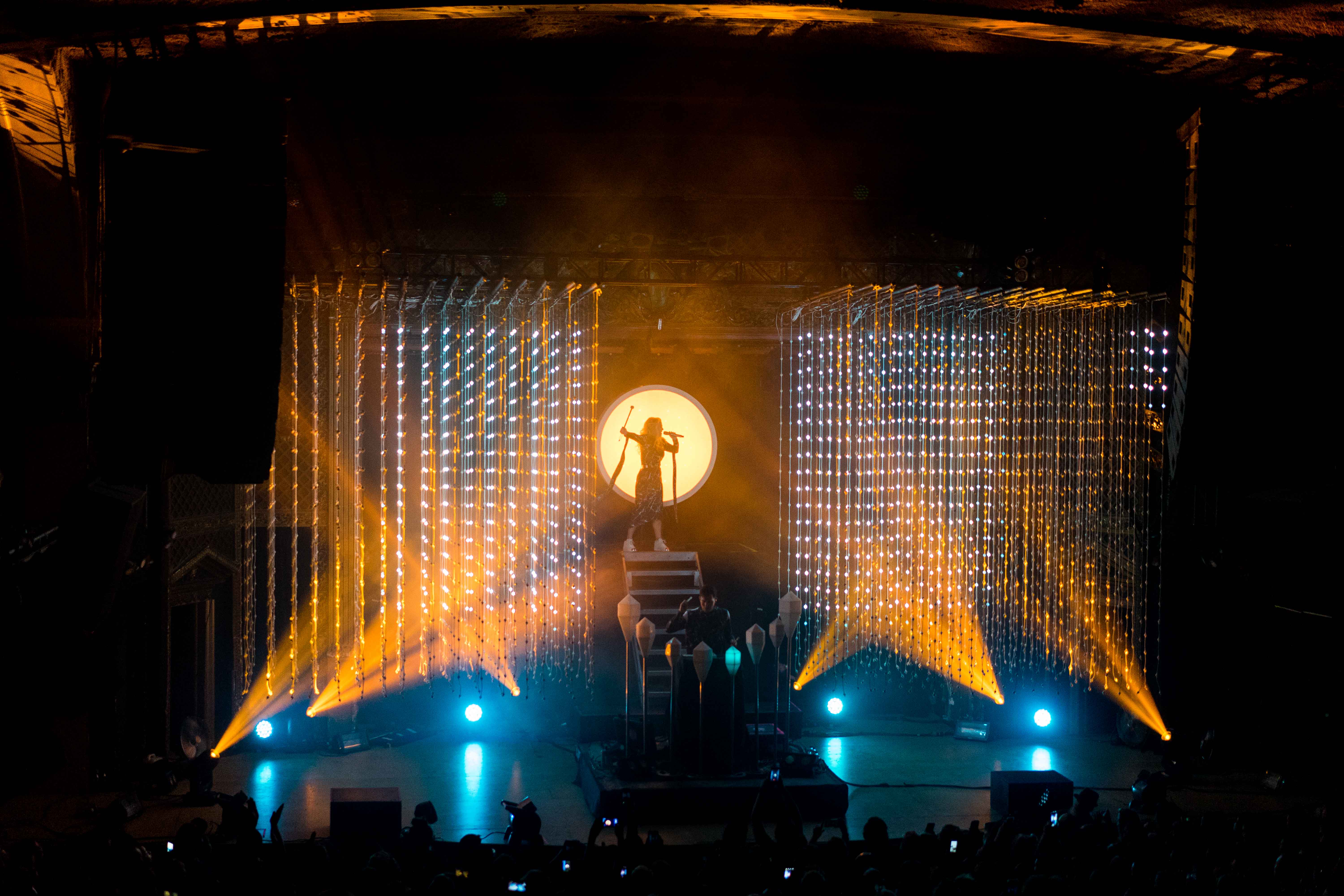 The first time I witnessed Purity Ring was at Bonnaroo 2013 and it was hands-down one of the best performances I’ve ever seen. No other band has captured a niche as well as the two performers did then. They were creepy, strange and melancholic, and left you profoundly uncomfortable yet bewildered and mesmerized all at the same time. Simply put, Purity Ring got under your skin. Since then they seem to have moved on to something new and those incredible memories of their first tour have been diluted. I guess they weren’t lying when they promised to “Begin Again.” However, it might be unfair to cast their Ogden show, pop-fueled and bright,  in the shadow of a previous performance. So this is not to say it’s bad; it’s just different. For myself, though, the duo brought an incredible performance, it was a step down from where they began and I can’t help but feel disappointed. Maybe I’m just jaded. 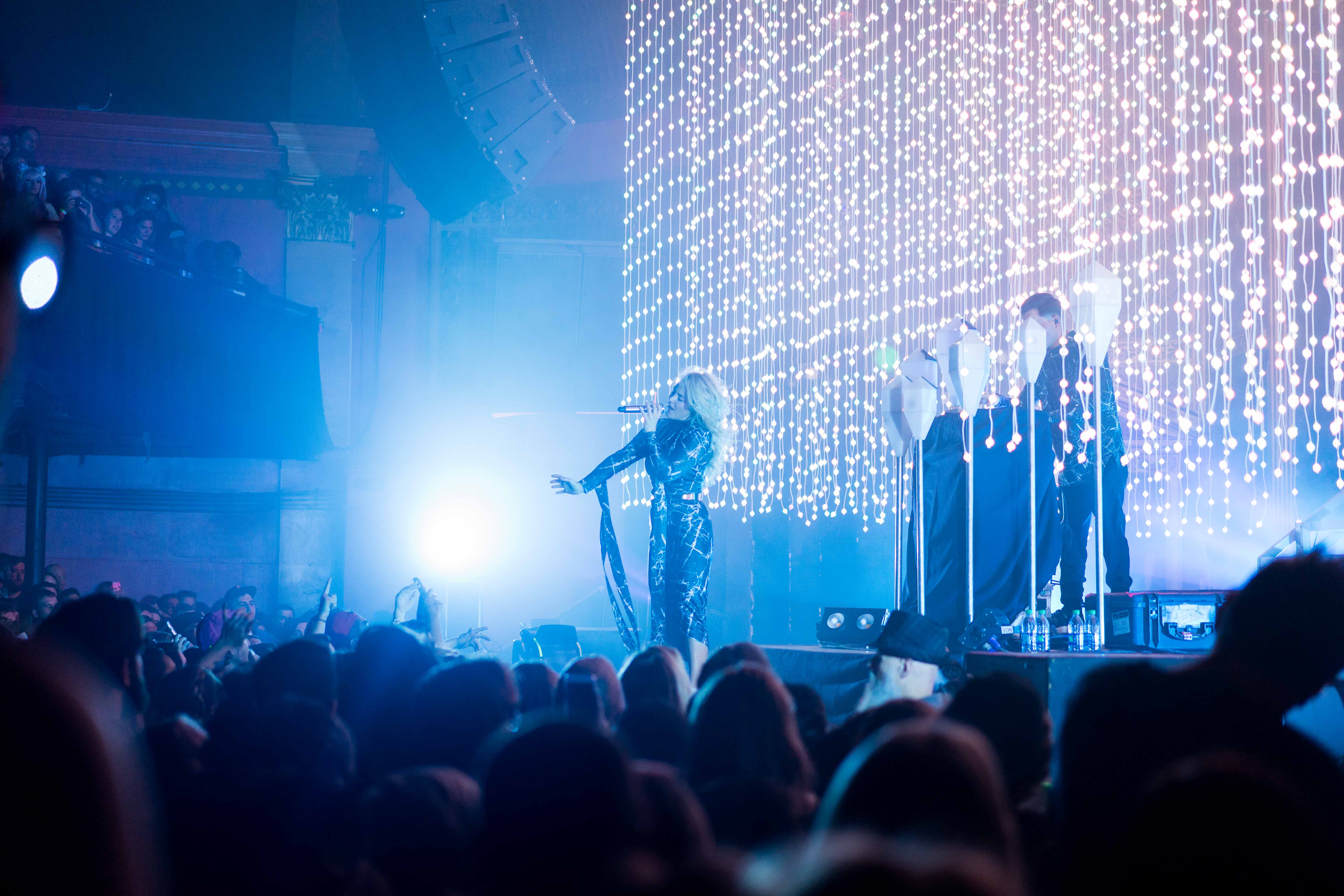 I’m not against artists venturing out, and change isn’t a bad thing. The duo has shown their diversity and that they can adapt to other electronic platforms. What Purity Ring has going for them now is still good, but I’m afraid it’s a step in the wrong direction nonetheless. Tuesday night was far more of a performance than an experience, which conquered a niche years ago. I’m happy for what Purity Ring has accomplished since Shrines, but can’t help but hope to see them return to their roots and become pure once again.