Review – Mick Jenkins Stopped in Denver on his Quest For Love

Red Bull Sound Select is a company that wants to spread good music. Offering huge opportunities for different up-and-coming artists each month, Red Bull Sound Select has featured everything from hip-hop to rock.  At the low price of $3 entry with prior RSVP, fans of all backgrounds have a chance at getting into these low-priced concerts. This time, they selected the very talented Chicago artist Mick Jenkins and St. Louis’ own soulful singer, Smino.

Touted as the A Quest For Love Tour, Jenkins and Smino both touch on some of the aspects of love in their music, so the tour name is very fitting. Jenkins is currently celebrating the release of his debut album The Healing Component, an album that takes a very in-depth and personal look into what the word “love” really means. Denver’s stop on the tour happened this past Thursday, October 6, at the Marquis Theater, a completely sold-out venue by the time the show got started. 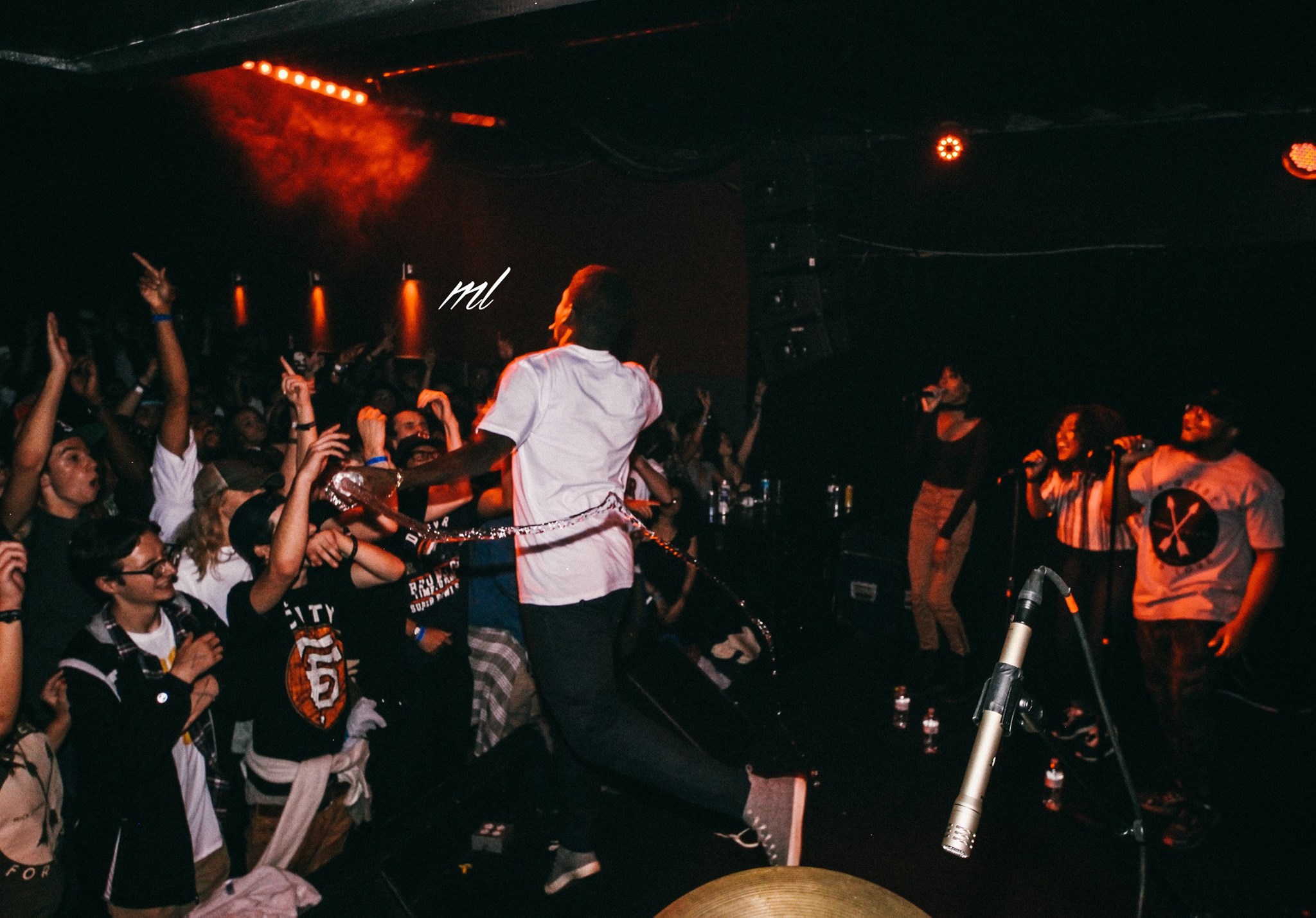 To get the night started, CRL CRRL warmed the crowd up with a very good DJ set. Throwing down some of today’s biggest hits, CRL kept the crowd jumping and moving in between sets until the opener was ready to hit the stage. Denver-based electronic artist Fast4Ward was the first up on the lineup, quickly gaining the crowd’s attention with his very unique sound. In fashion of a one-man band, Fast4ward used a looper, a multitude of live instruments and mixed over top layered production, which created fascinating sounds and attention-grabbing melodies.

Smino hit the stage next to a very welcoming reaction from the fans. His voice was immediately recognized as soulful, and it was a true pleasure to hear on the ears. Instantly, the crowd was jumping and vibing to the heavy bass instrumentals that contrasted extremely well with Smino’s singing and melodic rapping. His stage presence was definitely well crafted and his flawless ability to flip the mic up and over his hand was an impressive act of hand-eye coordination on stage.

Throughout the set, Smino, along with his band Zero Fatigue, navigated through some of their latest work including tracks like “Smellin Like a Re-up” and “Oxygen.” Smino obviously had a lot of love for his hometown of St. Louis and he let everybody in Denver have a taste of that when he threw it way back with some of Nelly’s classic tracks of the 00’s, a true legend in the St. Louis community. The set was eye-opening for me as I had never heard of Smino before the show, a gem that I had been missing out on in my music library. 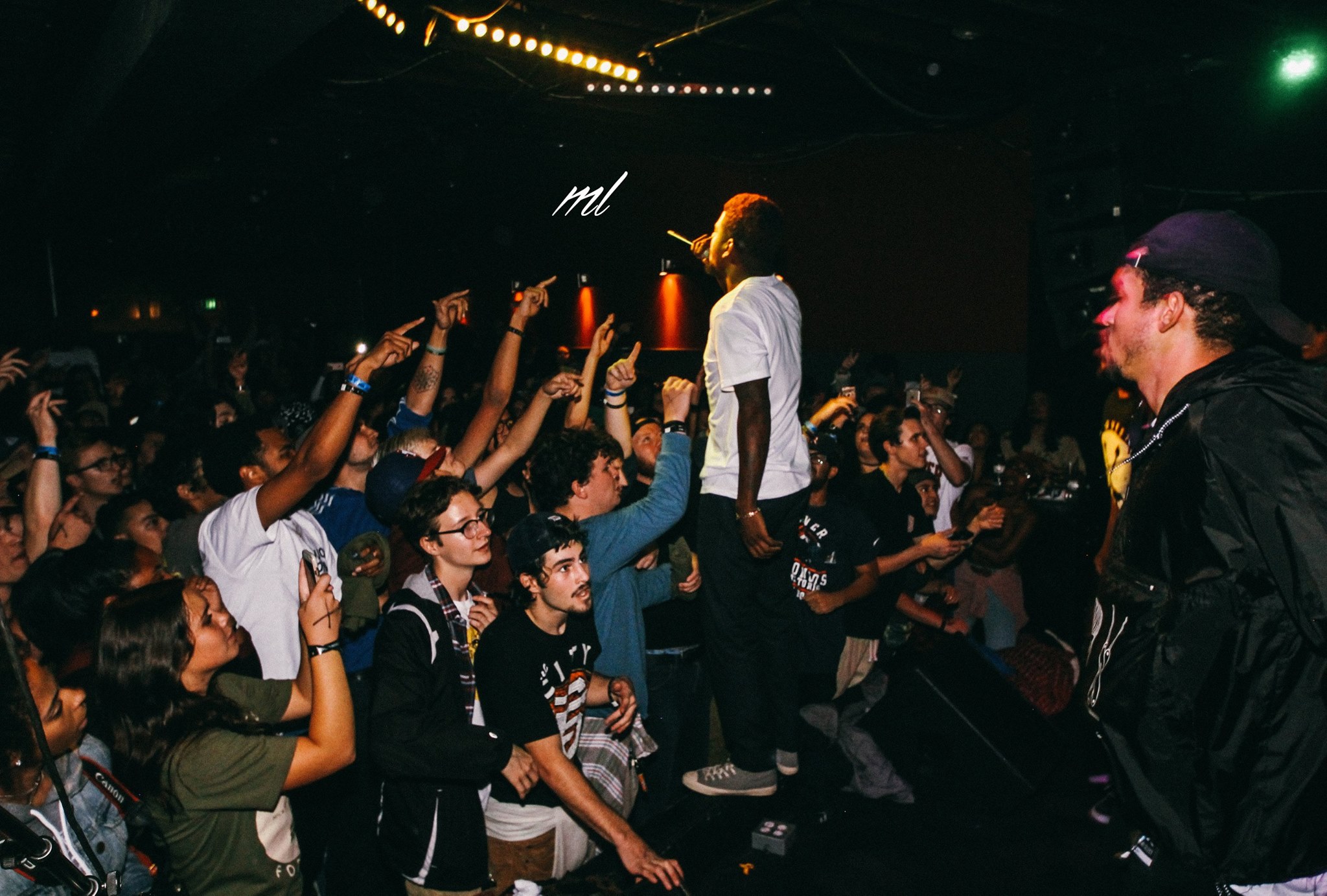 After another short intermission with a quality DJ set to hold over the crowd, it was finally time for fans to find the love at the end of this quest. Jenkins hit the stage to a host of screaming fans and a sold-out venue, packed with bodies from wall to wall. Accompanied by a live drummer and a trio of background singers, American Foster Child, Jenkins set the stage to have a soulful conversation on the many different topics contained within love. Starting out with some of his older tracks like “Jazz” and “Comfortable,” the day-one fans were happy to hear the sounds of some of his classics.

“Put your hands in the air if you love yourself.” – Jenkins

As the night progressed, Jenkins delved into some of his newer work, taking a few moments in between songs to speak a little of his mind. “The news will have you thinking the world is all negative,” he stated. “If you take anything from this show, I want it to be to spread some love.” The set was a solid mix of both new tracks from the album as well as older tracks from The Waters mixtape. Jenkins had amazing breath control throughout the night and did a very impressive job of keeping up with his spitfire delivery and charismatic flow. Highlight tracks from the night included “Daniels Bloom,” “Angels” and the very heavy hitting “Martyrs,” a must-play for every Jenkins concert. The set ended to an all-out free-for-all as he asked the crowd to go completely insane for just one last time, easily making for the wildest moment in the concert. 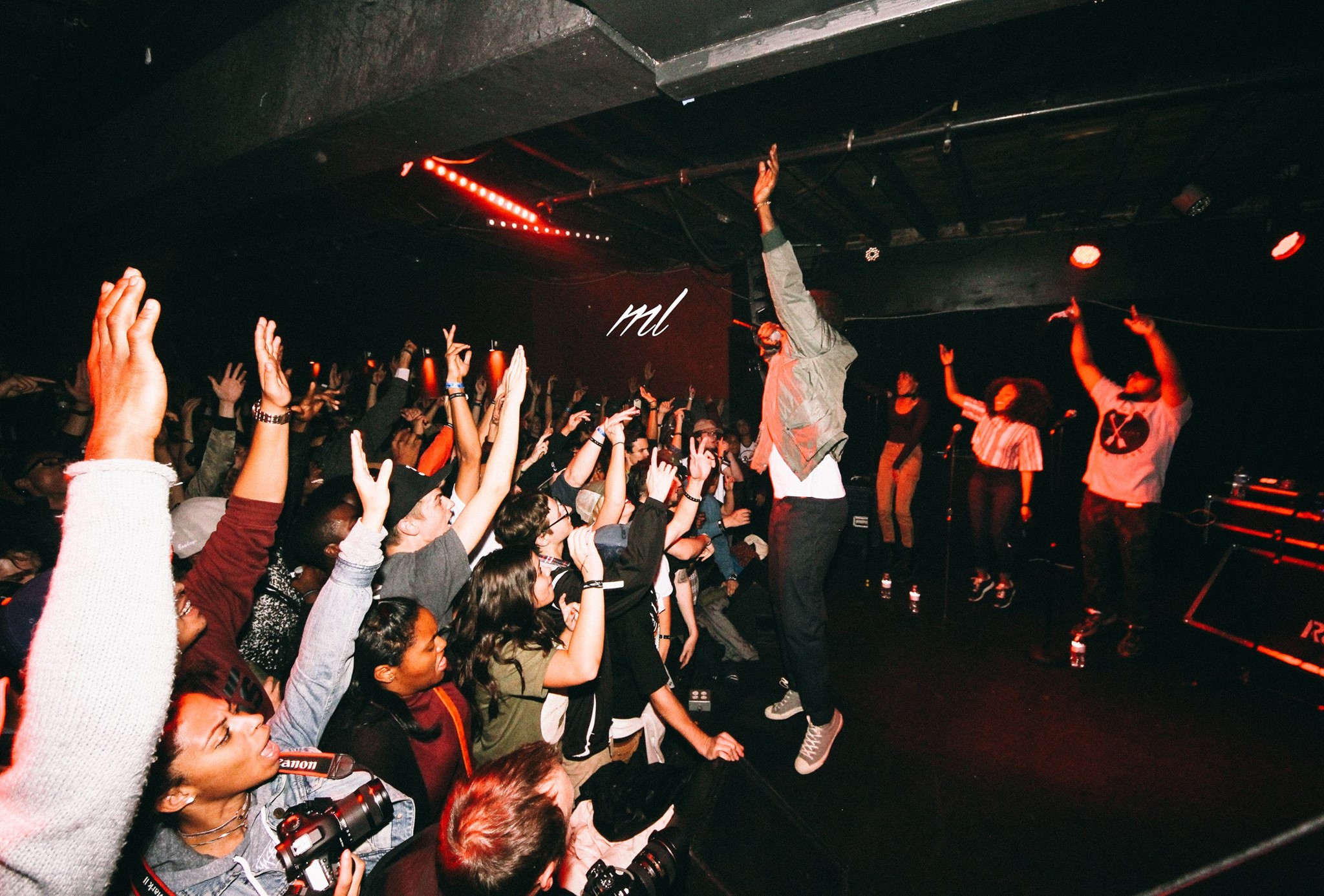 Jenkins is a man of passion and purpose, a human being before a musician. His latest project is a fascinating look into the many possible ideas on love and is a very impressive debut album. We need more artists like him, ones who inspire their fan base to become better people and start difficult conversations many of us avoid. Things are on the horizon for Jenkins and Smino and I highly suggest you keep up with their two musical careers.