Review – Lemaitre Gets Intimate At The Bluebird

Walking down Colfax to get to the Bluebird was unusually quiet for Lemaitre’s headline performance October 25. The standard crowd culminating around the entrance to the theater had long since dissipated, and the typical hustle and bustle at the surrounding bars was nowhere to be seen. I arrived slightly after the first opener, and as I slipped inside to an exceedingly under-capacity room, I seriously wondered about Denver’s live music priorities. Granted, Purity Ring was playing at the nearby Ogden Theater and both bands exist in a similar genre range, but I was genuinely shocked that so many missed out on the pure ecstasy that was Lemaitre’s performance.

Perhaps I was in on some secret; my first live exposure to the Norwegian group came as they opened the Tucson stop of  Porter Robinson’s acclaimed Worlds Tour in 2014 and blew my expectations out of the water. Their unique mixture of electronic and live instrumentation as well as their ability to bend genres made for an incredibly engaging and dynamic performance; one I had been looking forward to reliving in Denver. 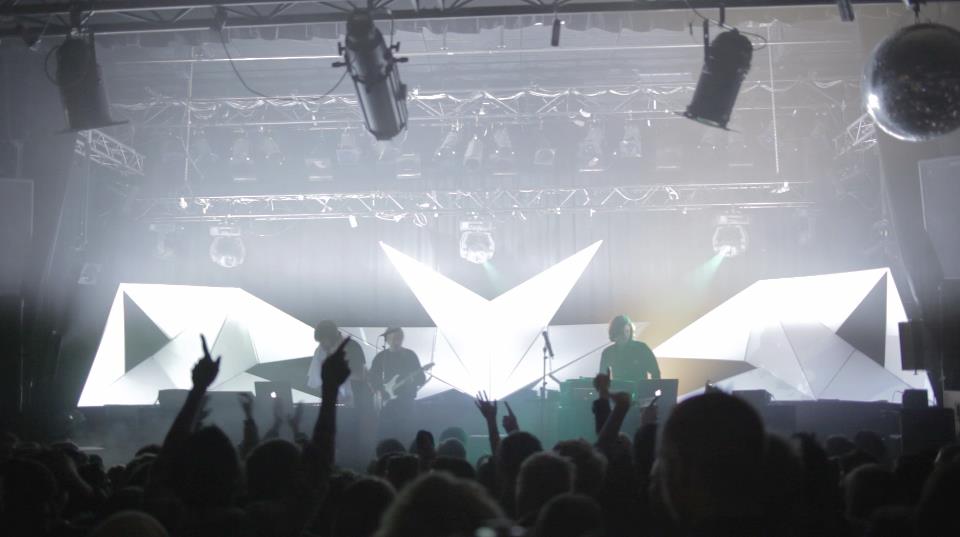 Upon entering the Bluebird, I was met by the sounds of opener, Chet Porter’s bobbling bass and dreamlike beats. Despite having a bit of an initial disconnect, he remedied the situation by mashing up popular vocal lines like D.R.A.M’s “Broccoli” and Drake’s “Legend” with his dreamy soundscapes akin to Porter Robinson and Madeon. While it may not sound good on paper, the result was surprisingly potent, and managed to take the edge off the small-subdued crowd. Though small in size, the energy of the crowd grew as Porter’s set progressed, filling in the empty spaces with gyrating body parts and positive vibes.

Following shortly after Chet Porter, Lemaitre hit the stage with fervor against their signature origami sculpture come to life with red projections etching their way across the creases.   Beginning with “Blue Shift” from their 2010 debut EP The Friendly Sound, the set played out like a greatest hits compilation. Covering the breadth of seven EPs, Lemaitre segued from track to track with little urgency but thoughtful intensity. You could tell they enjoyed playing the music as much as the audience enjoyed hearing it. Much of the set was very reminiscent of their Tucson set, yet it felt brand new and more fulfilling. The music felt evolved, more complete; a fully realized iteration of a band I once danced to in the desert. 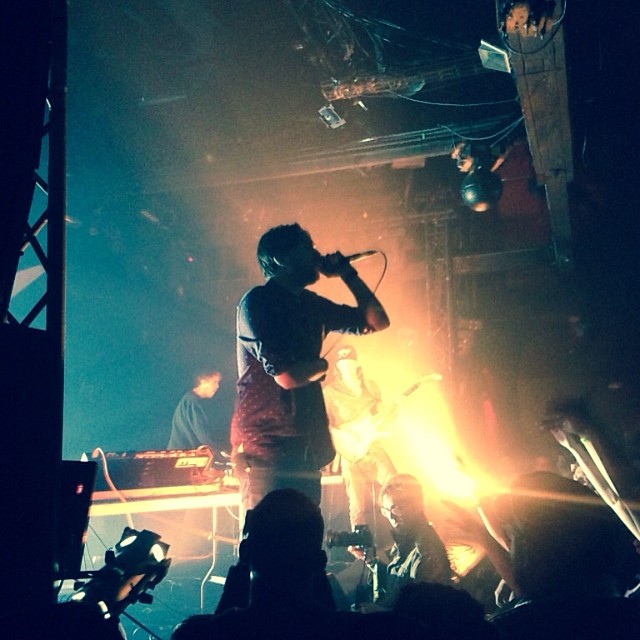 The lack of people only came as a benefit to the show, as Lemaitre’s uplifting music took on a life of its own, embodying each and every person dancing. It was one of those special shows where feeling the music was far more important than seeing them perform it. Having the majority of light originating from their origami sculpture only further supported this notion. At times I even felt guilty recording bits of the show for 303 Magazine’s Instagram as it felt like I was divulging an intimate relationship between the band and the audience, where the trust was built on the music and signed away with our voices in unison and our bodies in motion. So when my duties were done, I closed my eyes and let Lemaitre lift my soul.