[Update Friday, June 2 at 11:31 p.m.: We regret to inform you that Mallory Sauer has passed away due to her illness. She is survived by her family and her many friends in the Denver fashion community.]

Social media allows users to portray the best versions of themselves online. It’s a masked, Photoshopped and filtered ideal of reality. Denver blogger Mallory Sauer broke the rules of the Instagram-worthy world of fashion blogging in November 2015 when she posted her cancer story on her blog, “Sweet and Sauer.” With encouragement from her followers, Sauer decided to share more health-related posts amidst her style pictures.

In July 2016, Sauer took to her blog to share her Crohn’s story, and in September 2016,  Sauer underwent an ostomy surgery, sharing a photo of herself with her ileostomy bag on Instagram and answering followers’ questions on her blog. While Sauer’s effortless style attracted her thousands of followers, her personality-filled posts keep them wanting more. 303 Magazine talked with Sauer for her take on blogging and posting the “unpostable.”

303: Why did you start fashion blogging?

Mallory Sauer: I had one in college originally. It was one of those blogs where they collected a bunch of pictures. I really liked it, but I didn’t really keep up with it. It was something I wanted to pick back up. I started posting my outfits on Instagram and people started responding. One day, my boss pulled me into his office, and he was like, “I think you should really start a blog.” He gave me the final push to get it started, to put my outfits out there, to put my story out there.

MS: I was working at Sports Authority. I was a designer and product developer. 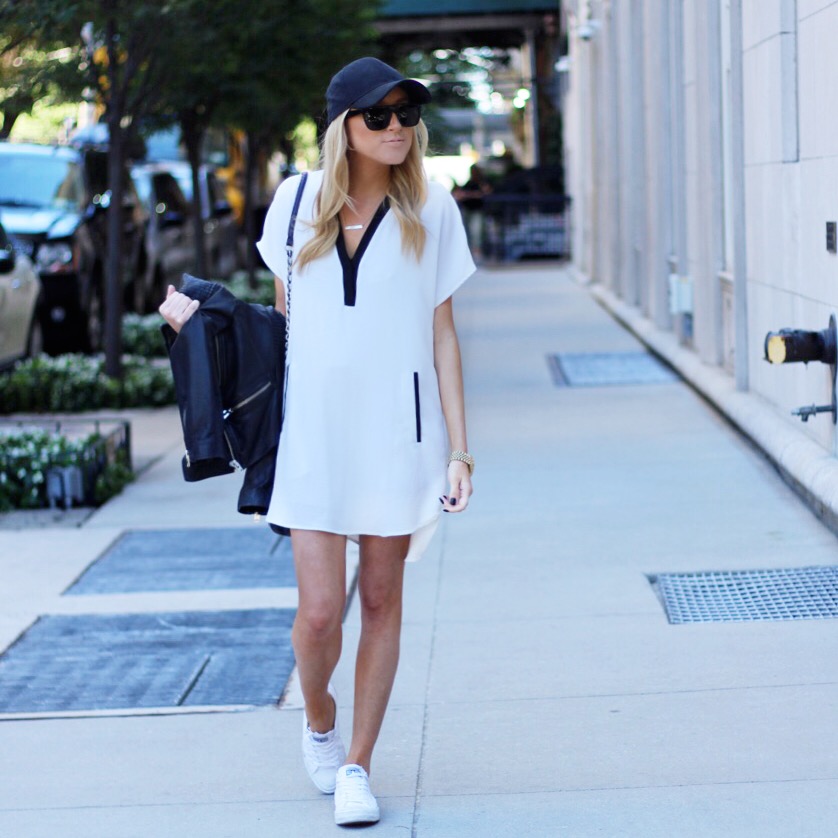 303: Why did you decide to start posting about cancer and Crohn’s disease?

MS: I went back and forth on wherever or not I should put it out there. Part of me wanted to keep it a secret because it’s not the best thing to put out there. It draws attention and makes people look at you differently, so I was definitely nervous to put it out there. I wanted to communicate to people – people I went to high school or college with. It would be weird if I called them up and said, “Hey, I have cancer,” but I wanted people to know. I decided that I was going to put this out there, and maybe I can help people through my experience. I also thought it would be therapeutic for me and help me deal with it. In retrospect, I’m really glad that I did.

303: Has writing about those personal topics helped you find peace with the situation?

MS: It has. I find that it really makes me have to practice what I preach. I’m not going to write a blog post where I’m complaining about how much cancer and Crohn’s sucks all of the time. No one’s going to read that, and that’s pointless to put out there. It’s been therapeutic to talk about what I’ve been going through and how your attitude can really make the biggest difference of all. That’s one thing that people have said to me through all of this: “You’re handling this well,” or “You don’t get upset.” I wanted to help other people. There are definitely other people out there who are going through things – maybe it’s cancer, maybe it’s not – but going through tough stuff where it’s really easy to [say] “Woe is me. This sucks. It’s hard.” I wanted to inspire people to change their attitude. I’ve found that anytime I’ve just change my attitude, you can get through anything. 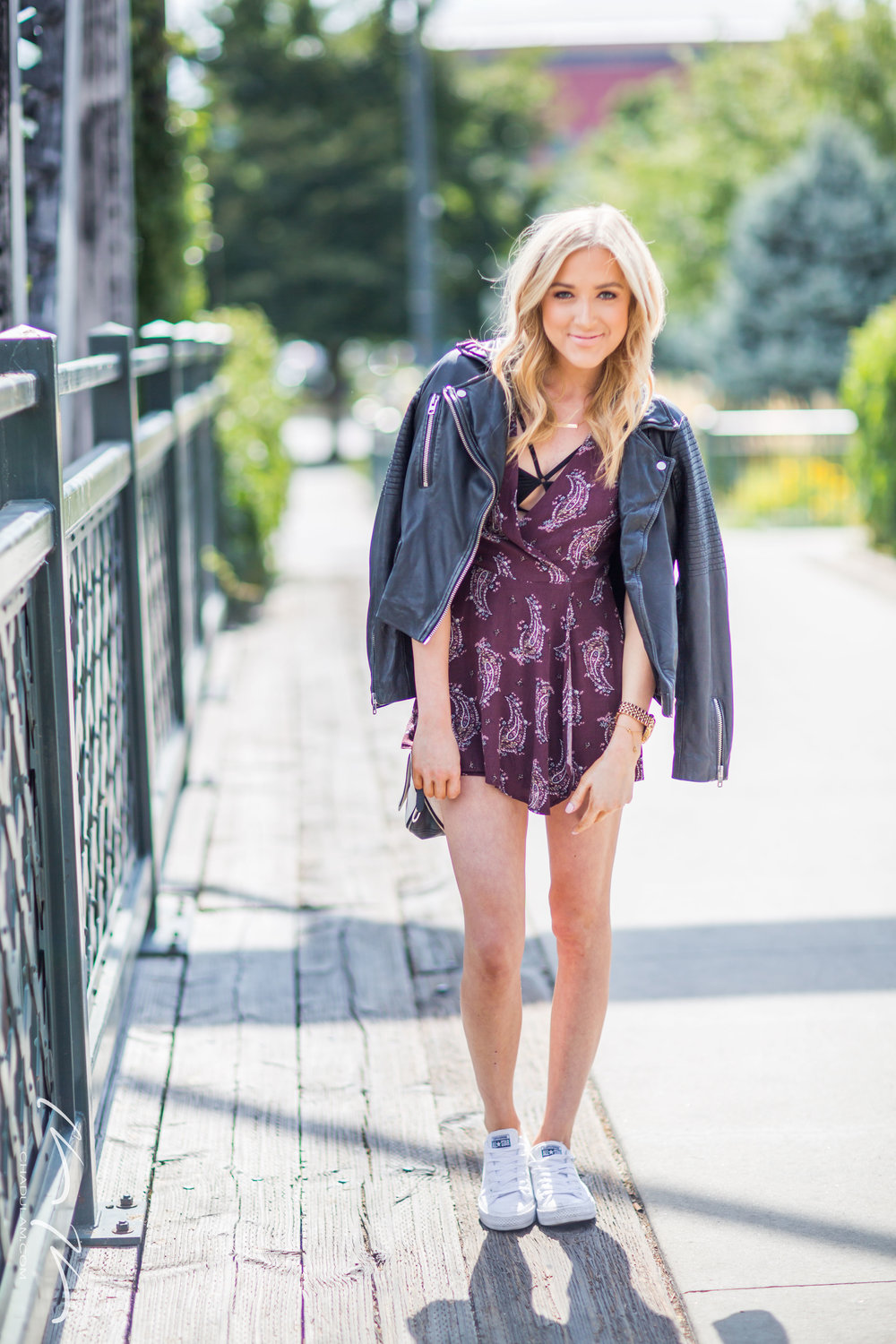 303: Did your friends and family caution you against putting that online?

MS: My friends were all about it. My parents were a little bit more cautious. They didn’t want my blog to turn into a health blog. I think my blog had been out for a year before I put my cancer story out there, so my parents were concerned that you worked so hard to put yourself out there as a fashion blogger and make Sweet and Sauer a fashion name, and we don’t want this story to take away from what you’re trying to do. That was a valid concern. I did go back and forth. I didn’t want people to see me as a heath blogger, but at the end of the day, it was something that I needed to put out there.

303: Have your followers responded well?

MS: There seems to be a lot of interest in those posts.  It’s funny because I started a fashion blog, and I definitely get more interest when it’s a heath update versus a fashion post. My followers have been really good. They’ve been supportive; they’ve been interested. Especially when I posted the picture of my ileostomy on my Instagram for the first time. I wasn’t expecting it to get so much attention, and it did. I had people from all over the world reaching out to me. It was overwhelming how many people were thankful that I put it out there and touched that I put it out there, and that made it all worth it. 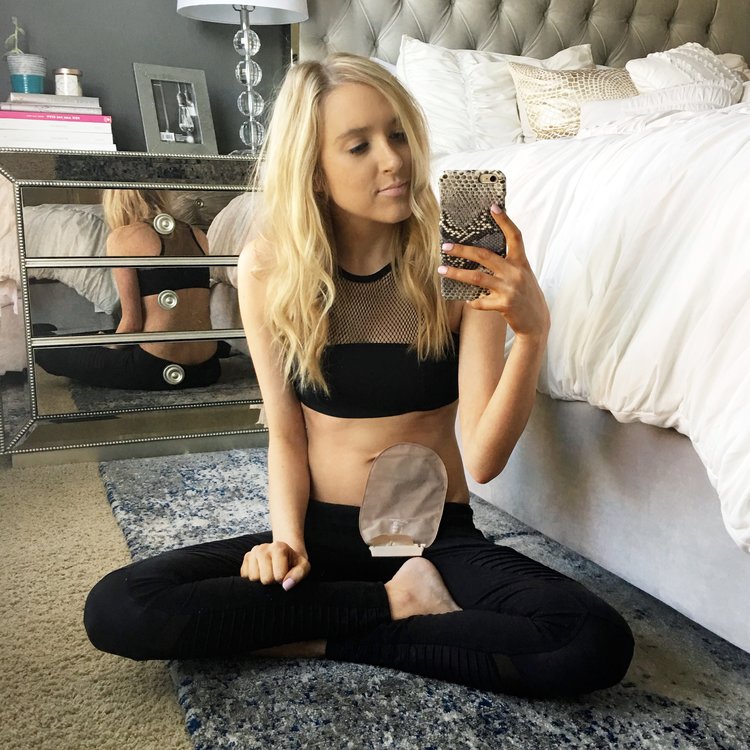 303: What do you hope to achieve through your blog?

MS: I want to continue talking about the health stuff. I want to help people if they’re going through things. For example, getting an ileostomy. I cannot stress enough how against it I was.  Every time I thought about it, I would cry. I thought my life was going to be over the second I got this ileostomy. Stage four cancer didn’t scare me or upset me, but this stupid ileostomy bag did. Now that I have it, it’s really not the end of the world. I can still be a normal person. People don’t look at me like I have five arms, and it’s made my life a lot better. That’s one thing that I want to help people through, because I couldn’t find that on the internet. As far as the fashion aspect goes, I want to build the fashion side as a blogger. The dream would be to do a collaboration with someone, like the Sweet and Sauer Collection at Nordsrtom, for example.

303: If you had a collection, how would you describe the style?

MS: I go back and forth on if I’d want a workout collection, because I teach Pure Barre and I live in workout clothes 50 percent of the time, or if I’d want a fashion. I think I’d probably do a workout line first, because that’s where my experience is. It would be edgy and not a lot of prints, cool silhouettes, cool details, cool materials. 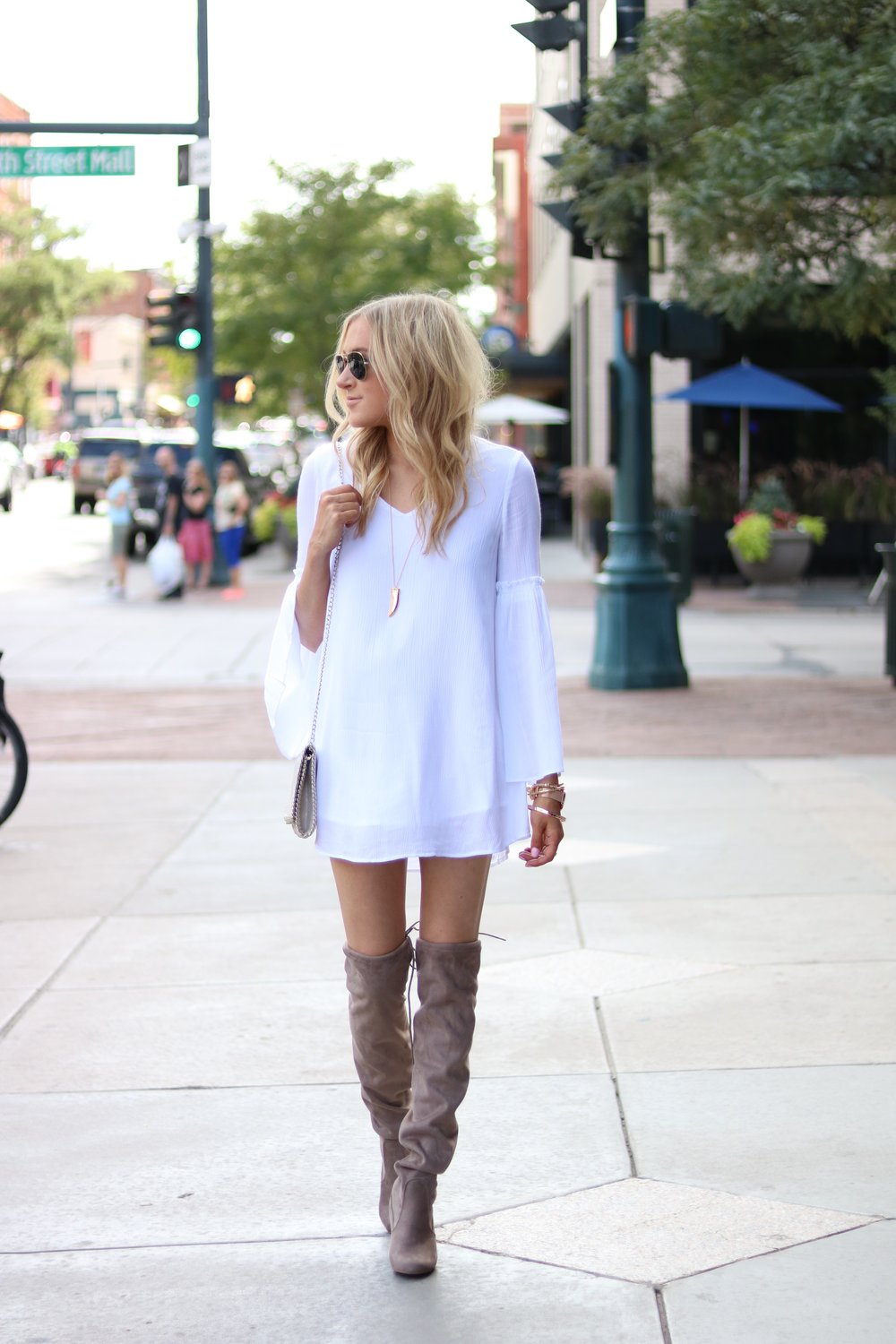 303: How has blogging changed your approach to style?

MS: Sometimes, it’s made it more stressful. I feel like if I just want to run out of the house for a bit, I have to think about what I’m wearing, which is silly, because it’s not like people know I’m a blogger, but I’ve made this my job. My job is what I’m wearing. It’s made me more creative with outfits and what I put together.

303: How has blogging changed your approach to life?

MS: [I’m] definitely more aware of what I put out there and how I put it out there. You want to be real and really open, but there’s definitely a line. I never want to say anything that someone could take the wrong way or that could offend someone. I have a voice, and people are paying attention to what I say or do or post, so I make sure that I stay true to myself. It’s really easy to get caught up in collaborations or offers or free things, so making sure that I don’t lose myself in that world. 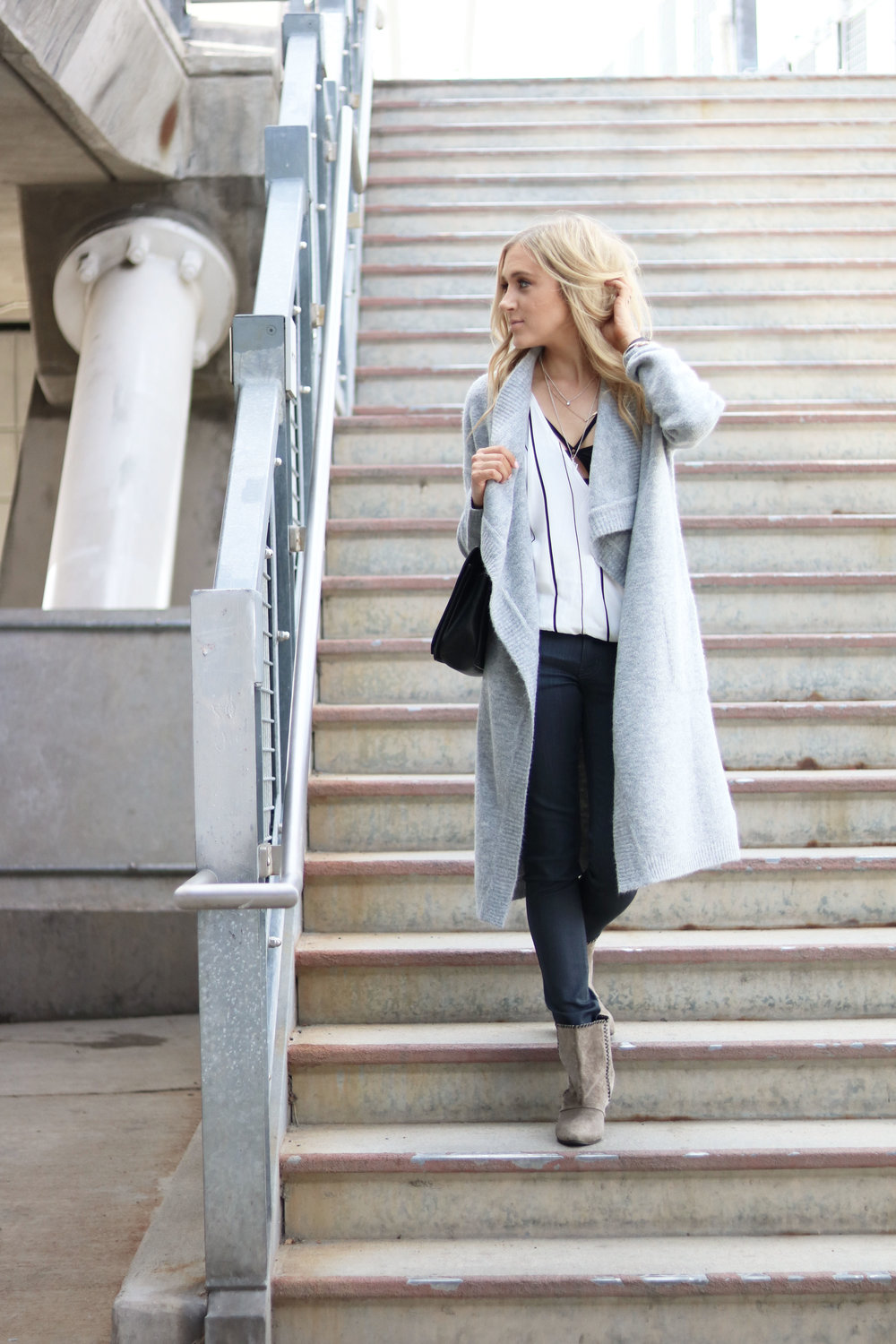