For artists playing in a hometown city that means a lot to them, the energy is always amped up that extra bit and usually inspires a stellar performance. Venues like Summit Music Hall are big enough to get the place shaking, but also small enough to have some intimate conversations with the fans. Machine Gun Kelly returned home to Denver on October 3, 2016, one of the area codes he loves enough to tattoo on his body. Playing for a sold-out Summit Music Hall for the second time in the same calendar year, this time he brought along frequent collaborator and friend, “Your favorite hippy,” Mod Sun. With friends and family from the Denver area in attendance, this one was special and another testament to why he is considered one of the best live performers in today’s industry. 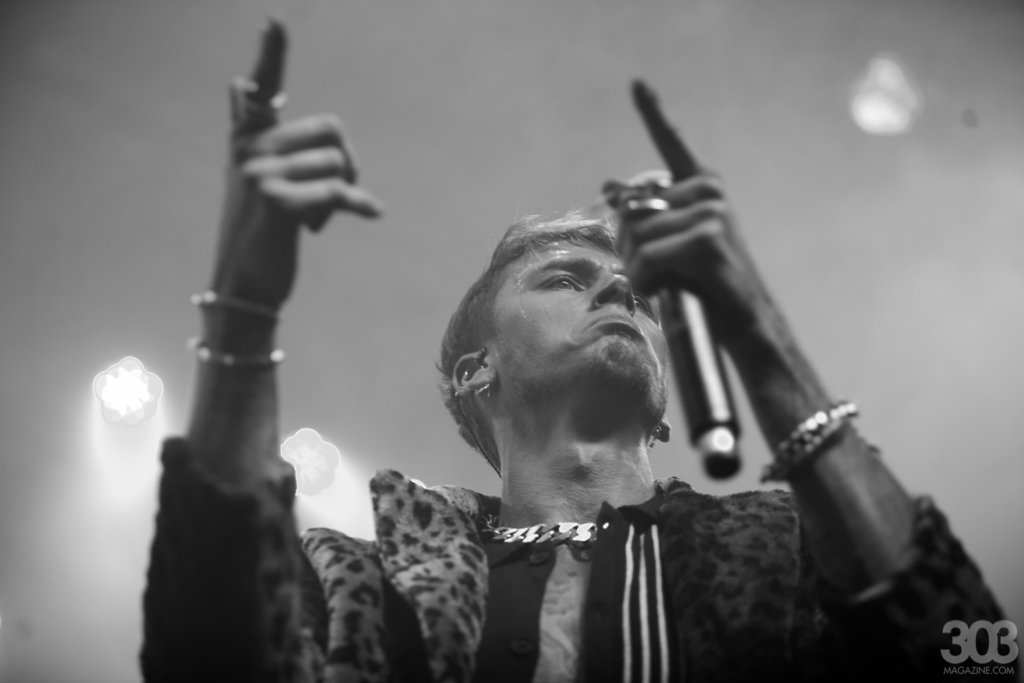 The Alpha Omega Tour kicked off in late September, and was the second tour this year promoting MGK’s second studio album General Admission. He is currently working on his third album and has been releasing a ton of free material over the last few months. With no openers or local acts, the night kicked off with a very energetic set from Mod Sun, accompanied by a live drummer which cranked up the energy even more. Mod Sun got the good vibes flowing early, kicking off the set with some of his hits like “Shoot ‘Em Down” and “We Do This Shit.”

“The world’s a pretty fucked up place right now, but a vibe like this makes me feel pretty good about what we are doing.” -Mod Sun

Early on in the set, Mod Sun informed the crowd, “I want to be your best friend tonight; let’s get everyone with a peace sign to the sky.” The crowd excitedly obliged and quickly the entire room was filled with welcoming peace signs.  As he dropped his pot-friendly anthem, “Stoner Girl,” Mod Sun asked, “where my weed smokers at?” The question was answered by a very large cloud of smoke as many fans in the crowd joined in on lighting up. Before dropping the infectious melody of “Free Love,” Mod Son decided to pop open a bottle of Jack Daniels and proceeded to take a ginormous chug in front of the crowd. 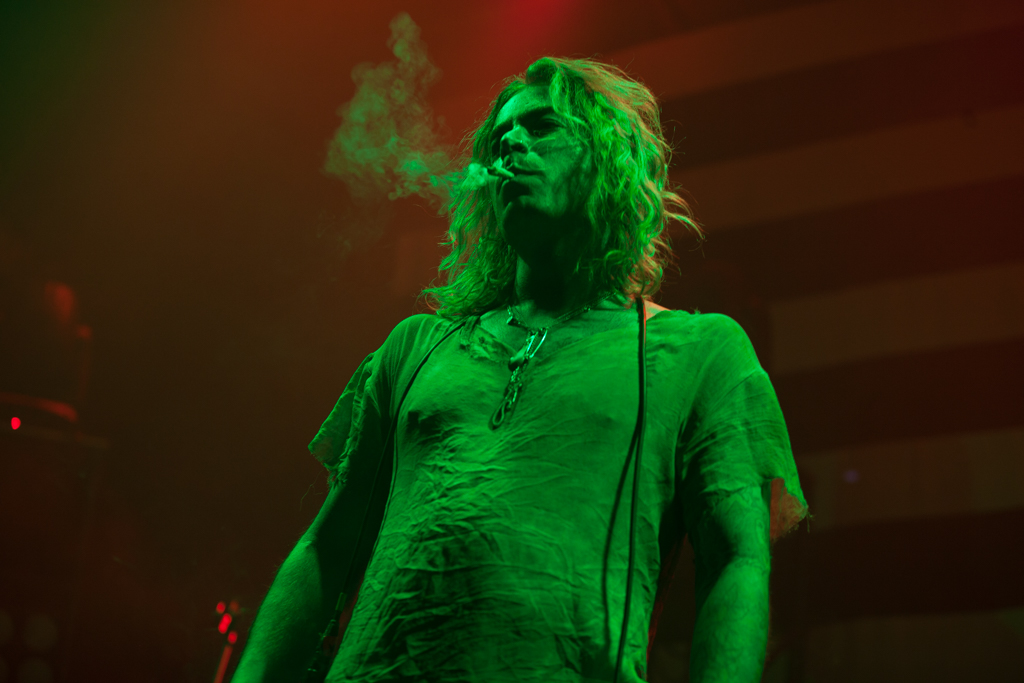 Getting exactly what the fans paid for, Mod Sun only had a quick 30-minute set before the stage was setting up for Machine Gun Kelly. The stage crew quickly brought out the instruments and wired everything to perfection, as live instrumentation is a must at MGK shows. He tours with a full live band and the fact of the matter is, they destroy it in concert. They’re a very talented group of musicians and one of the main reasons an MGK show is unforgettable.

MGK hit the stage to the rowdy single “Alpha Omega,” and his full band played beside him. The ground floor of the concert was insane and nearly everybody in the building was jumping up and down. “Let’s shake the fucking paint chips off of these walls” screamed MGK as he dropped another impressive live rendition of “Sail,” citing Denver as the craziest city yet on the Alpha Omega Tour. Things got even wilder for singles like “World Series” and “Spotlight,” when MGK decided to jump on the guitar. MGK also hinted at the future of these annual MGK shows, giving hope to a lot of fans. “How about next time we sell out Red Rocks?” he exclaimed, a statement met with thunderous cheers of agreement. 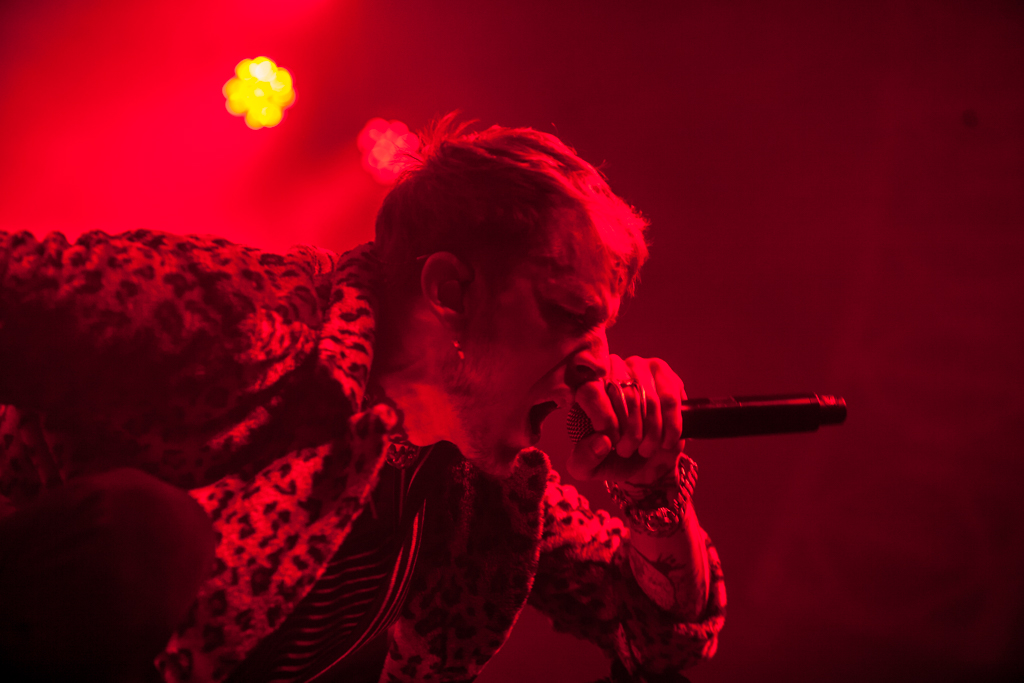 The guitar stayed in MGK’s hands for a good amount of the night, including a groovy jam session for “Oz.” and a perfectly timed cover of Blink 182’s “Small Things,” a nostalgic throwback for everyone.  Before “Bad Motherfucker,” Kelly grabbed a drink from the back and easily chugged it down in front of the stage, tossing the cup into the crowd as the beat cued on. Insane crowd diving and balcony jumping ensued next for the lively performer. The entire dance floor quickly turned into a free-for-all dash to run up and grab a piece of the crowd surfing. Diving into the powerful single “A Little Bit More,” MGK thanked Denver and its fans for being the first area with a radio station to actually give the song airplay.

As the night came to an end, MGK took a very personal detour down some of the deepest and most emotional tracks from General Admission. Fast forwarding though some of the harder parts, Kelly choked through “Mary Go Round” and “Gone” for a very touching and intimate moment. But keeping the energy alive though MGK cranked it back up with the smoker’s Anthem “Mind of a Stoner,” and joined nearly everyone in the crowd for another epic smoke session. It’s no Machine Gun Kelly show without mosh pits, and this show was no different. Making sure to squeeze in “Till I Die,” he sent the crowd into an absolute craze as the club banger literally shook the building to its core. 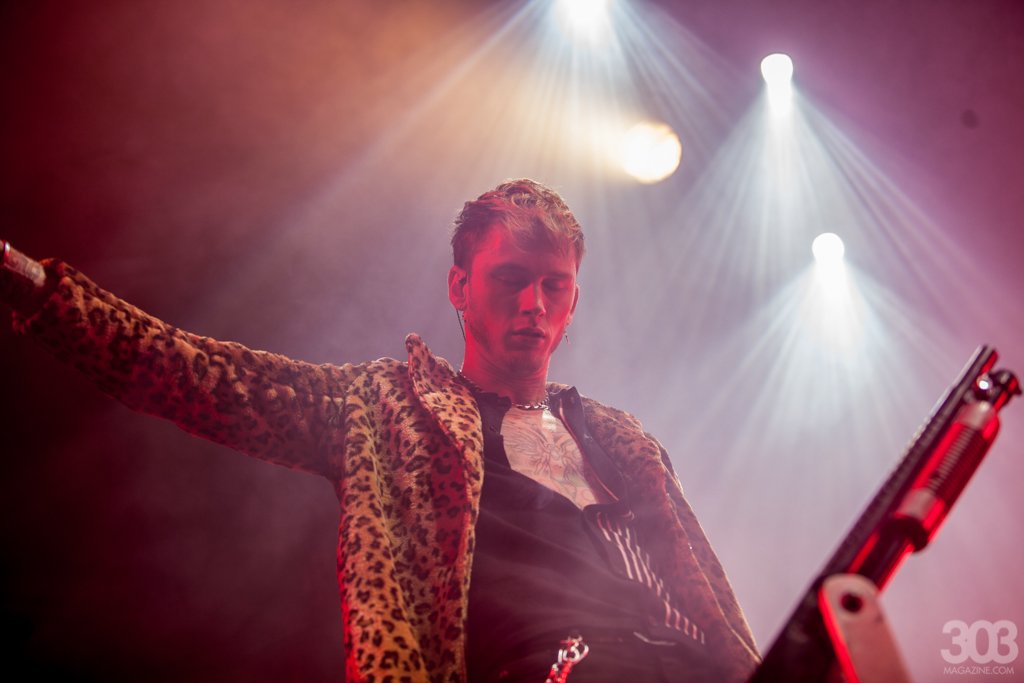 After thanking everyone for coming out and making this a special night, MGK finished the set off with “All Night Long,” a perfect way to end the night on a sentimental note. If you’ve never seen a Machine Gun Kelly concert, I highly suggest you make it to the next one. The next show which quite possibly will end up at the iconic Denver landmark Red Rocks Amphitheater.

All Photography by Jackie Collins. Check out our full gallery here.