Pros: Happy hour is seven hours long starting before noon; must we say more? If we must, their sausages and pretzels are made fresh and in house.

Cons: If you’re hoping for something a little happy hour healthier, their menu may not be for you, as it boasts of small plates of filling meats and carbs.

Rhein Haus’ Denver location served as the first big leap of faith for restaurant owners Deming Maclise, Rich Fox, Matt Fundingsland, James Weimann and Dustin Watson. The Bavarian-style restaurant — a staple in the Larimer Square area —  began in Seattle after five friends came together with a shared passion for delicious food and equally tasty beverages. Transitioning from Washington was a no-brainer and after some planning they opened their doors in the Mile High in late 2015. 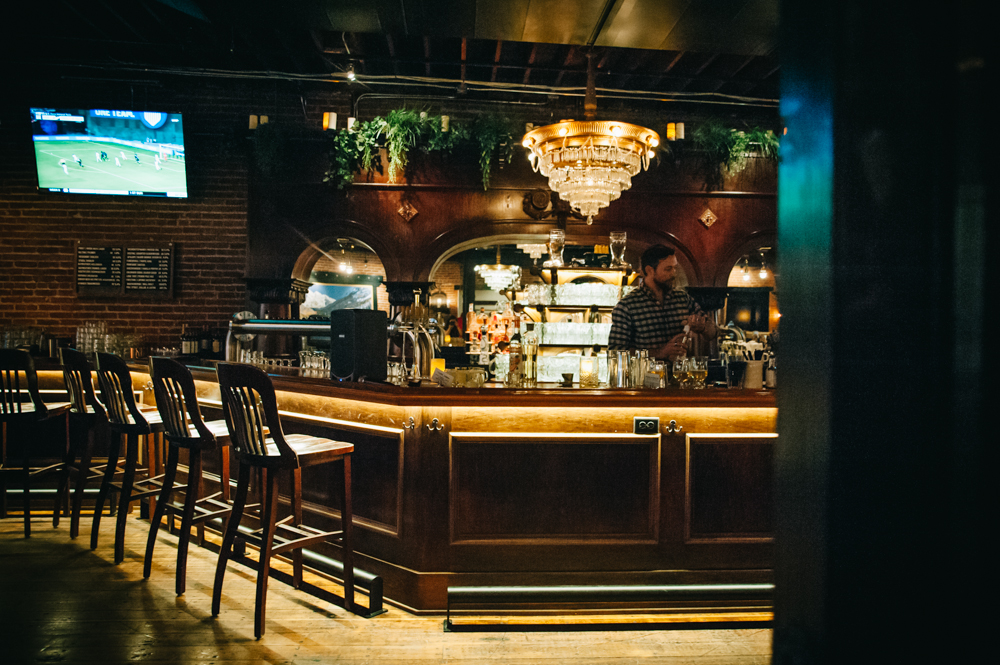 After finding the perfect building — the Old Chicago Pizza and Taproom — everything seemed to fall right into place. The former pie joint-turned-beer hall has an alpine feel, filled with indoor bocce ball courts and enough customers to fill its two vastly open levels. It’s easy to see why Rhein Haus is so successful; there are few pleasures greater than a long happy hour, great food and drinks and plenty of activities to keep the night going. 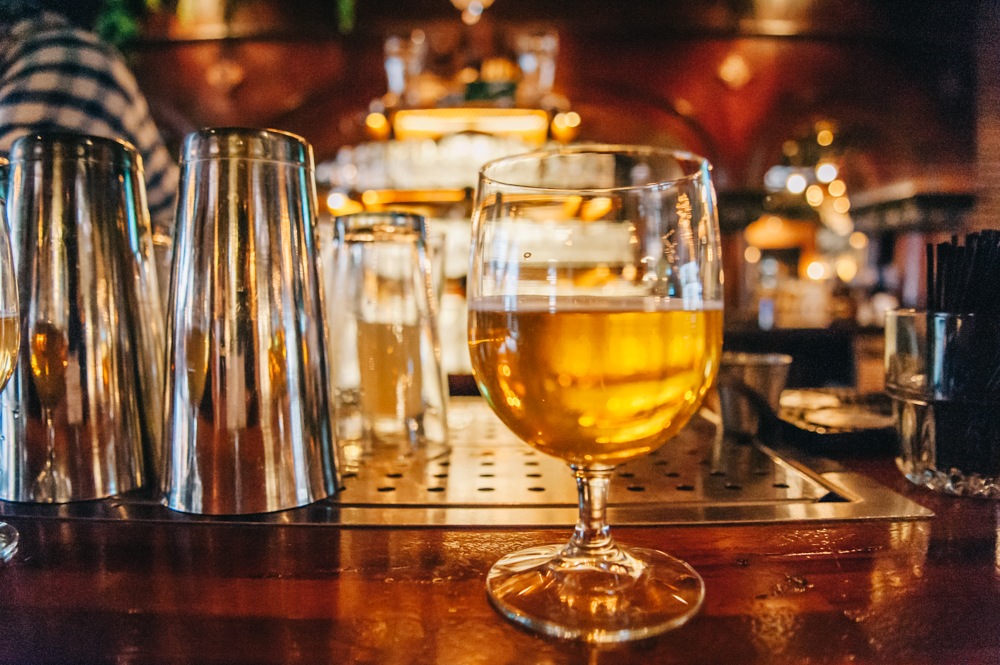 Since this is a German restaurant it would feel wrong to begin happy hour with anything other than an ice cold beer — perhaps from a boot. Rhein Haus offers various select beers ($4) during happy hour including the crisp Veltins Pilsner. The flowery, light beer is the best way to take the edge off of your day without that heavy, bloating beer feeling. Rhein Haus is also the only place in the U.S. that sells Veltins, which is, in fact a German beer.

If you’re not quite in the mood for a bubbly brew and you’d rather dive into a cocktail that will take that post-work edge off a little quicker, have a small glass of Underberg ($3). The liquor is served in a tall glass meant for sipping with flavors similar to that of jäger and vermouth — the presentation of this shot-size-sip makes it feel almost too fancy for a beer hall. 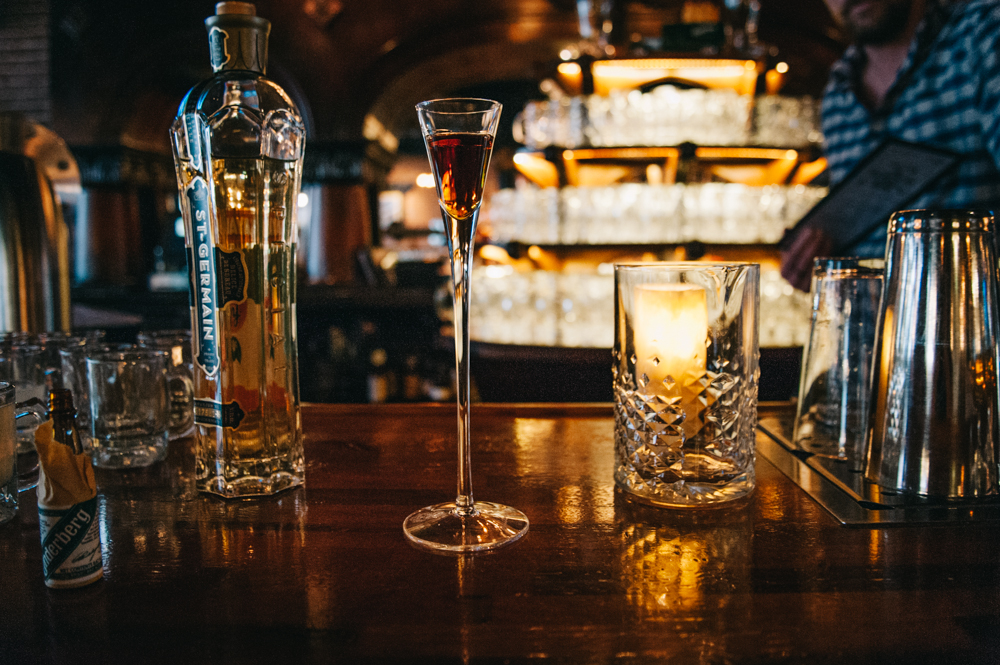 And while the drinks are exceptional, no happy hour at Rhein Haus is complete without a taste of their authentic German food. The menu is a cross between traditional Bavarian-style eats and modern dietary habits, meaning that vegetarians and the gluten-free can still find something to enjoy on this happy hour menu.

The sliced sausage plate ($5) is a variety of of sausages and emmental-beer fondue served in a small skillet and is great for sharing. The Polish kielbasa and bratwurst allow you enjoy a more traditional take on German flavors, while the cheddarwurst and Nuremburg put an additional twist on your average sausage. The mini brats ($6) are also Nuremburgs sausages in smaller sizes placed in brioche rolls, then generously topped with marinated fresno and banana peppers. Fun fact: all the sausages served at this location are housemade along with their pretzels. 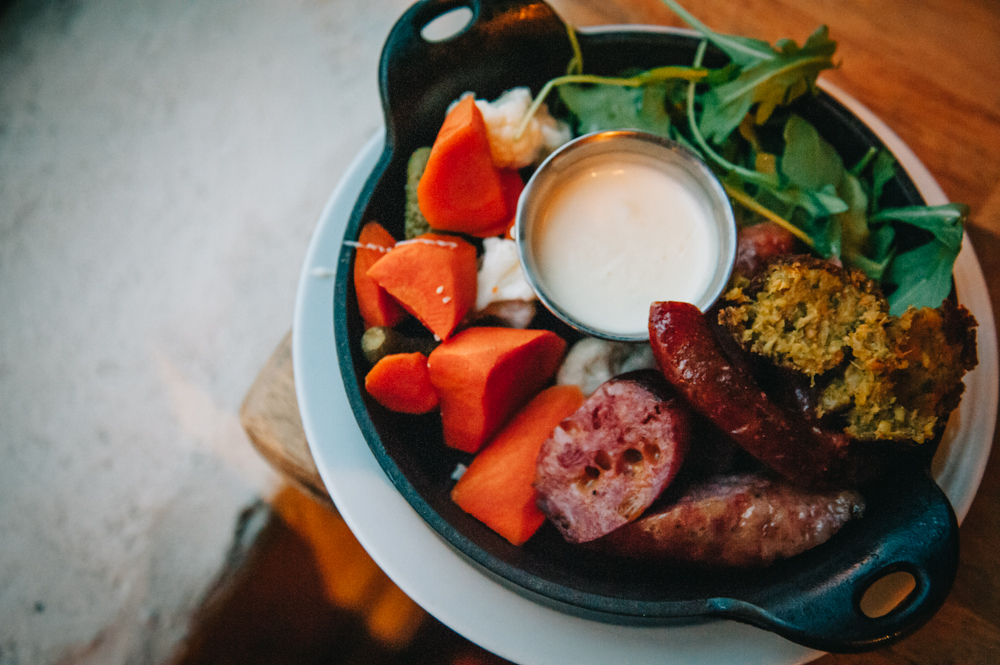 If all the beer, brats and banter has you feeling bit lethargic, there’s no better way to kickstart digestion than with a little competitive bocce ball on one of the several courts. When the happy hour menu lasts seven hours with homemade sausages and pretzels, authentic German pints and the option to partake in some bocce ball, there really is no reason why they shouldn’t be on your happiest hour radar. 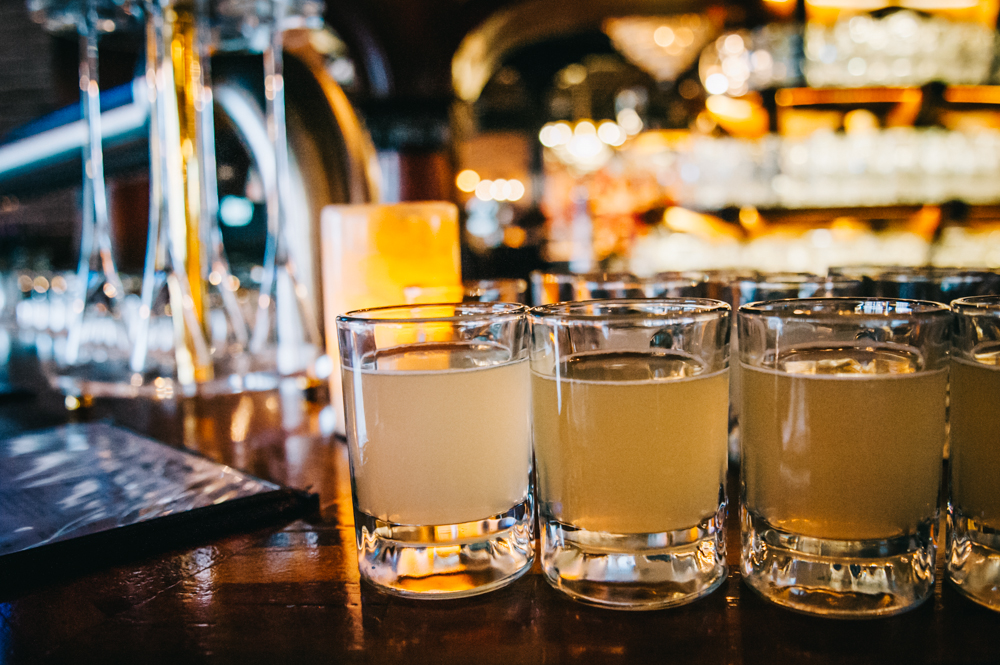 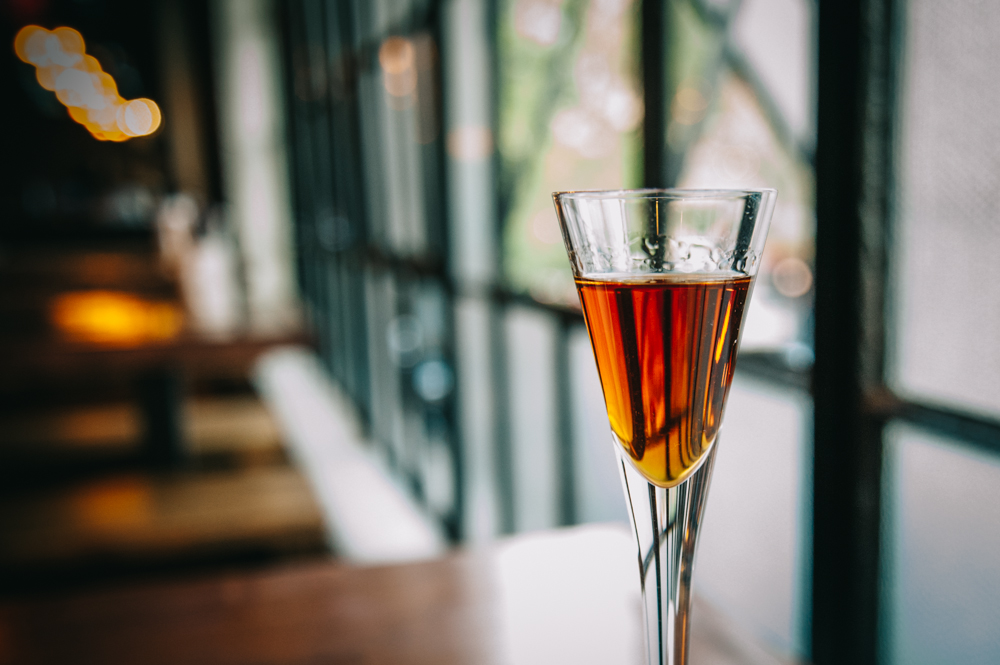 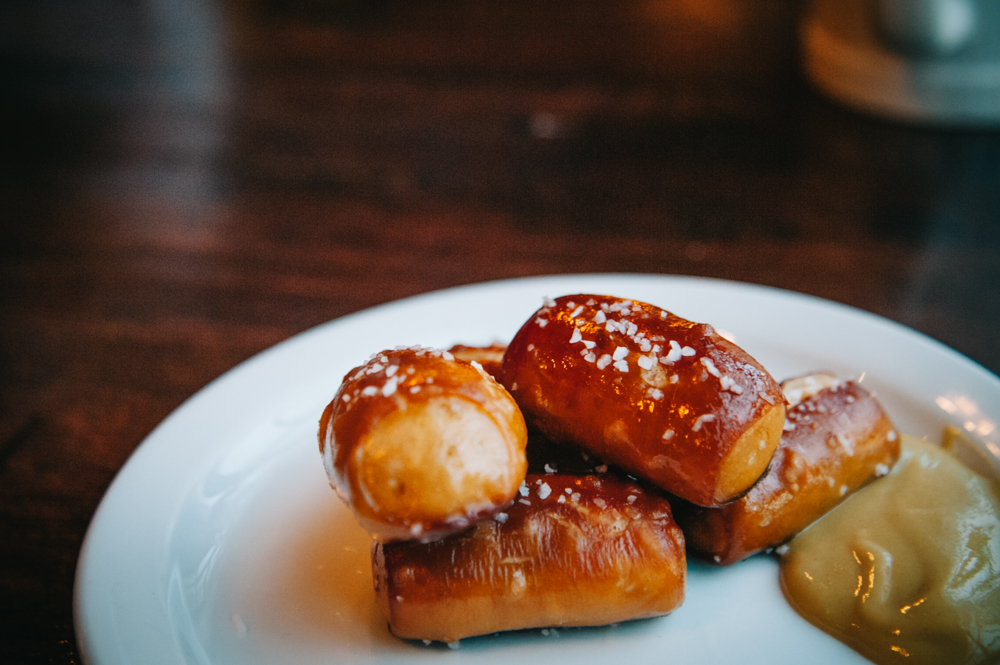