Los Angeles-based electronic outfit Goldroom makes music to ride into the sunset with. Conceived in 2011 by producer/songwriter Josh Legg, Goldroom is less music for the summer and more a homage to summers past, swimming in nostalgia and reveling in its everyday sentiments. By intertwining dreamy pop vocals over sun-drenched synths, Goldroom manages to bridge the divide between electronic dance and pop music, finding buoyancy in-between.

West of the West, Goldroom’s fantastic debut album, plays to the outfit’s strengths like a beautifully captured West Coast daydream. Front to back, the album pins feelings of longing, youthful vigor and everything along the continuum of honest human emotion to mesmerizing effect. In anticipation of their co-headlining tour with Autograf coming to Cervantes Ballroom on October 21, 303 had an opportunity to discuss the new album, the upcoming tour and the intent of the Goldroom project with the man behind the music. 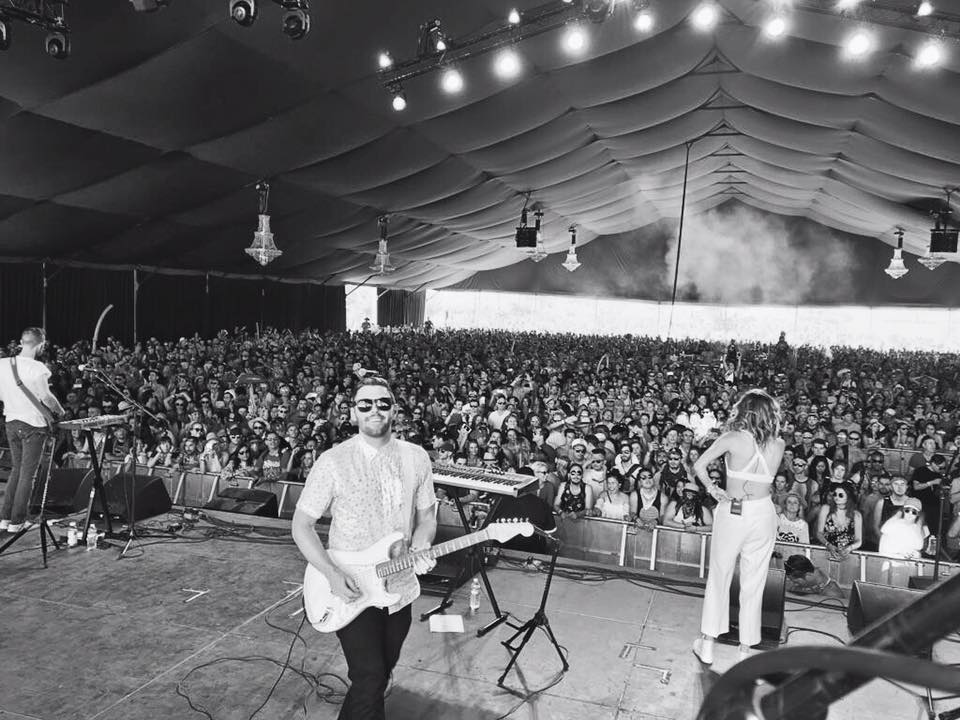 303 Magazine: What would you say was the idea or influence behind West of the West?

Josh Legg: Southern California is my adopted home and so it has a complicated relationship with me. I wasn’t raised there, but I love it deeply. This album is all about being on the road and missing my home. California IS west of the west, and much of the album is about the dreams and romance that comes with that. Every song ties back to that in some way.

303: What’s your favorite song off the album?

JL: “Breaks.” It’s the oldest song on the album, a song that has long been part of our live shows, and it’s exciting to see it get its formal release.

303: Did you approach this album from the perspective of a DJ or from the aspect of live performance?

JL: With this album, I didn’t approach the album from the perspective of how it would sound in a certain setting. Rather, we focused on strong American songwriting and creating an atmosphere.

303: What would you describe the Goldroom project as to someone who hasn’t heard of you before? What’s your mission?

JL: To bring great songwriting and live instrumentation to a specific type of disco and house music that originated mostly in France in the early 2000s. Mostly, I just want to write honest songs that pay homage to classic American songwriters who came before me.

303: You’re no stranger to working with up-and-comers in the music industry like George Maple on “Embrace,” and Chela on “Fifteen.” Why do you prefer to work with fresh talent versus established acts? And do you have advice for young artists trying to make a name for them?

JL: I prefer working with up-and-scomers because they are hungrier. Working with established acts, [they] can sometimes be complacent. As for advice, don’t chase the sound. I know like, future bass or whatever, is becoming really big, but if you’re chasing what’s popular, you’ll never catch up.

303: What can we look forward to with the Goldroom & Autograf tour when it comes to Denver?

JL: Besides the fact that it will be a great party, I think everyone should be excited to see this kind of music performed live. We’ve spent a lot of time surrounding ourselves with amazing musicians and I can’t wait to show people how much more these songs can be when interpreted in a live environment!