Denver and the front range command an army of phenomenal live music venues — Red Rocks, 1st Bank Center and Fiddler’s Green to name a few — but perhaps some of the most precious gems of the Mile High music culture are stowed away, hidden from the overwhelming crowds and disguised as dive bars and corner cafes.

On a nightly basis, these venues welcome memorable musicians and singers who hail from the metro area, the Southwest and beyond. While they don’t attain the notoriety and glamour of the arenas and amphitheaters, the joints we’ve compiled represent localized styles and vibes. Not to mention, cover charges generally don’t cost more than a cup of coffee. Combining well-crafted cocktails and microbrew tap lists with great live music, Denver bars have herded our favorite aspects of the city under one roof. These are some of our personal picks for hearing live vibrations while sipping delicious libations. 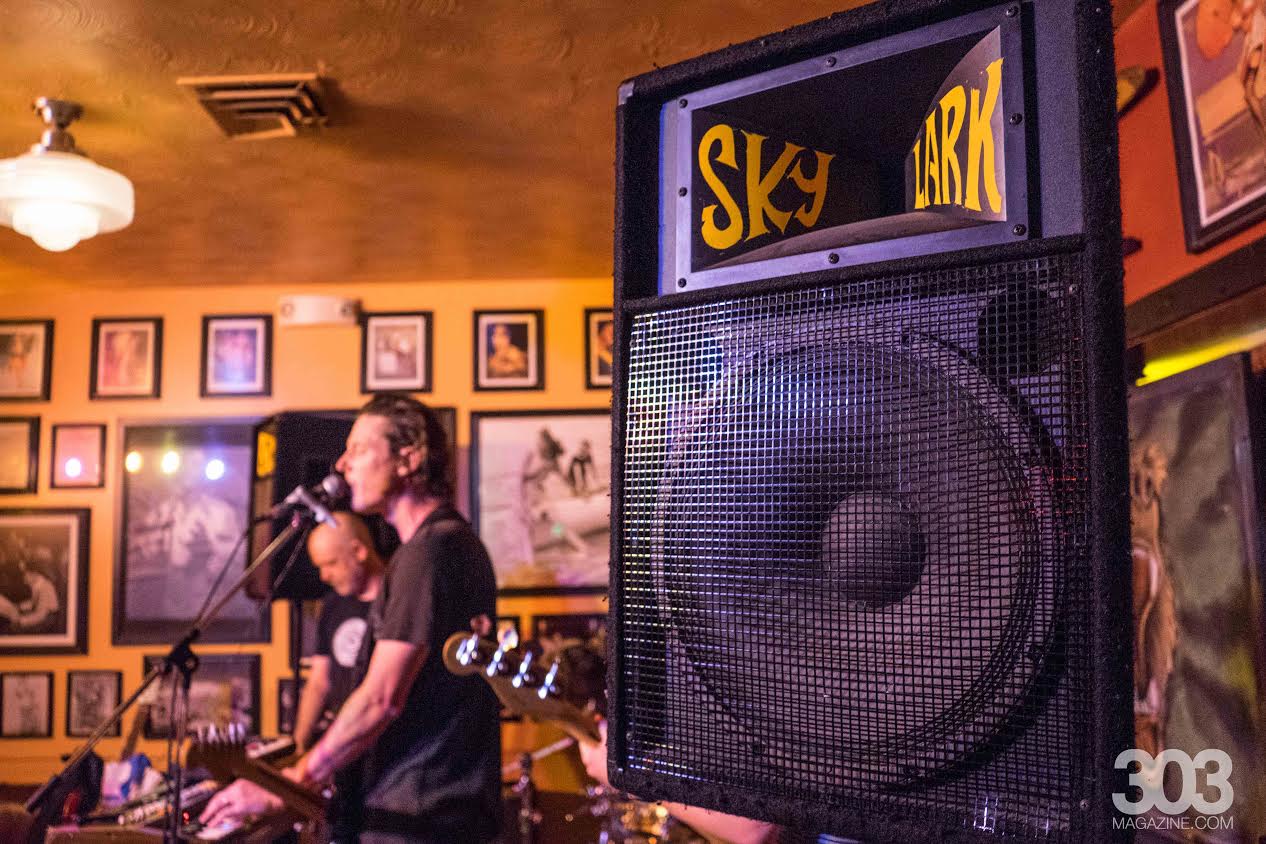 Landmarked by a massive island bar, Skylark Lounge has created a home for rockers of all breeds. The UMS reinstated them as a heavy hitter on South Broadway’s corridor of music bars and small venues, and they bring in synthy-drone-psychedelic and party-punk-influenced local groups. Thursdays at Skylark means underground indie night featuring a handful of acts from 9 p.m. until closing at 2 a.m. Some weekends collects multiple bands while others showcase bigger names like the Atomic Drifters, who are playing Saturday October 22 as a grand return to the venue that hosted their very first show. The lounge pours numerous craft beers at affordable if not cheap prices and they also mix a mean whiskey ginger. Stop by and bust out some late night dance moves; nobody is going to judge. 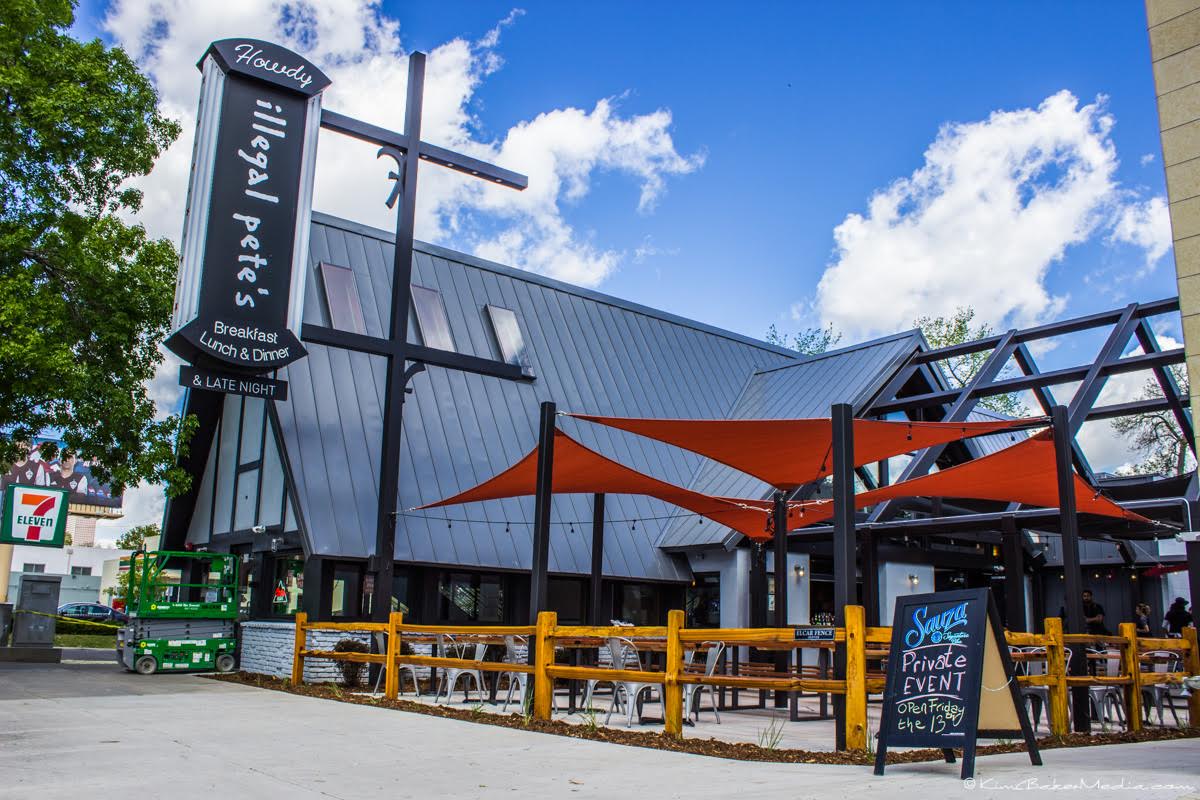 Scattered across Denver and the front range, Illegal Pete’s straps together enormous burritos featuring Colorado ingredients and house-made green chile queso and guacamole. While folks flock to watch a good sports game, this Southwest staple has its very own record label, signing acts like Brent Cowles and Bud Bronson & the Good Timers. Each restaurant books a wide variety of live performances, from intimate solo hours to full blues bands. Imagine pairing twangy acoustic jams with a house margarita — that could make the best match since Tom and Jerry. 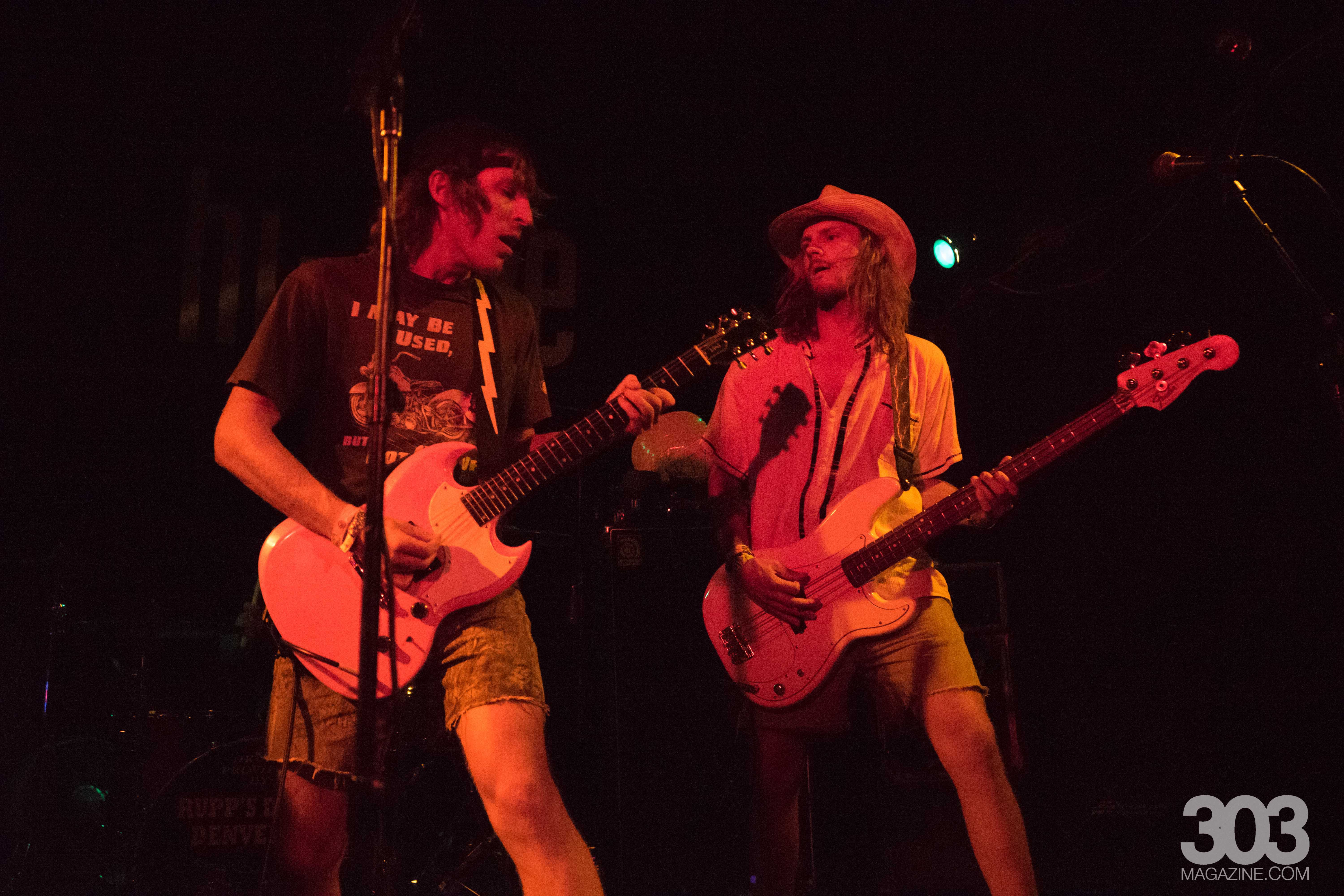 If there was ever a good way to blow off steam after a hard week at work, the HiDive found the recipe for success. You can burn as much energy spending a rowdy night at this bar as you can climbing a fourteener. Crammed in between the stage and the back wall, patrons typically become relatively acquainted with their neighbors and everybody else by the end of a music set. They ought to mark high tide and low tide on the walls of the Hi-Dive to indicate the best times to crowd surf. Chock full of cheap drink deals, they sell the most Extra Gold in the nation at $2 a pop all day, every day. 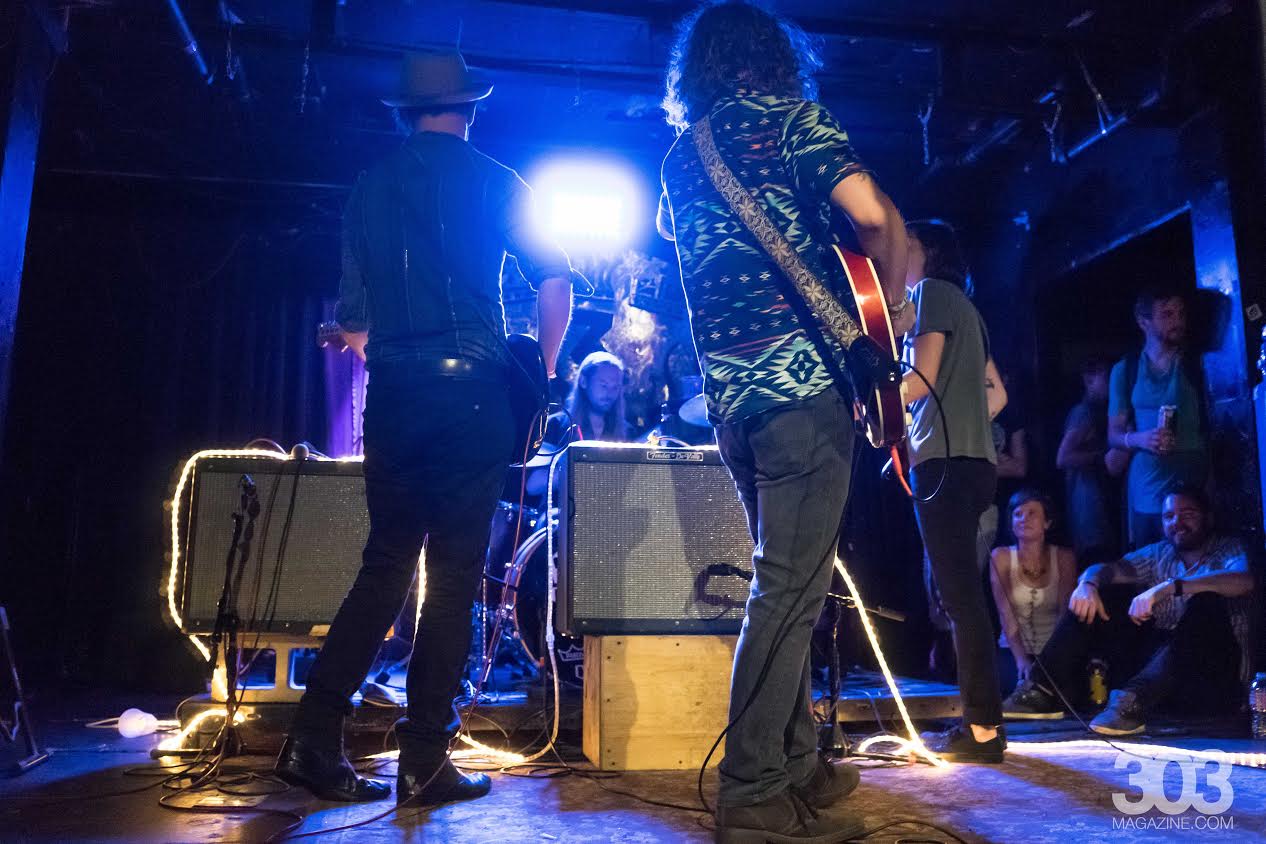 3 Kings Tavern is one bar and venue that is not afraid of fun. Boasting pinball machines; pool tables; a huge, low ceiling dance hall and drink deals to make you feel like a kid in the candy store, this giant barroom offers the works. They recently brought the renowned psych garage group Plum to their stage, a group who have toured extensively around the country. Local band Spells will debut their latest album November 12 during their live performance. 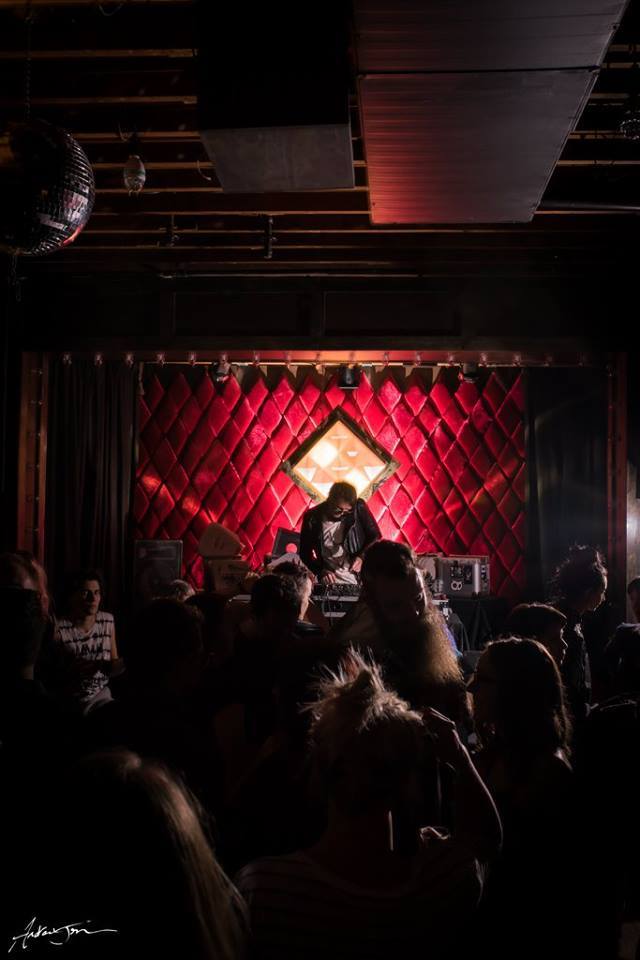 Relatively new to the South Broadway scene, Syntax is in their own words a “physical manifestation” of their music, art and literature review. They sit right next to I-25 and a light rail stop, creating a routinely weird and intriguing atmosphere. Featuring live acts every night, whether it be burlesque, folk or comedy, the opera house paints a picture of the past, or, as they say, “a love poem to 1860s Denver. A living museum.” Their cocktails are crafted by Nate Meese and Nick Bode, who whisk essences of antiquity around fresh herbs and local spirits. Syntax synthesizes our guilty pleasures, midnight jazz and ingenious booze brainchildren. Don’t forget about their food menu, which is equally audacious, showcasing braised rabbit dates, a charcuterie board, Gunpowder Trout and Blueberry Bacon Carnitas. If your saliva hasn’t begun to overflow, go ahead and read their entire food menu and drink list. 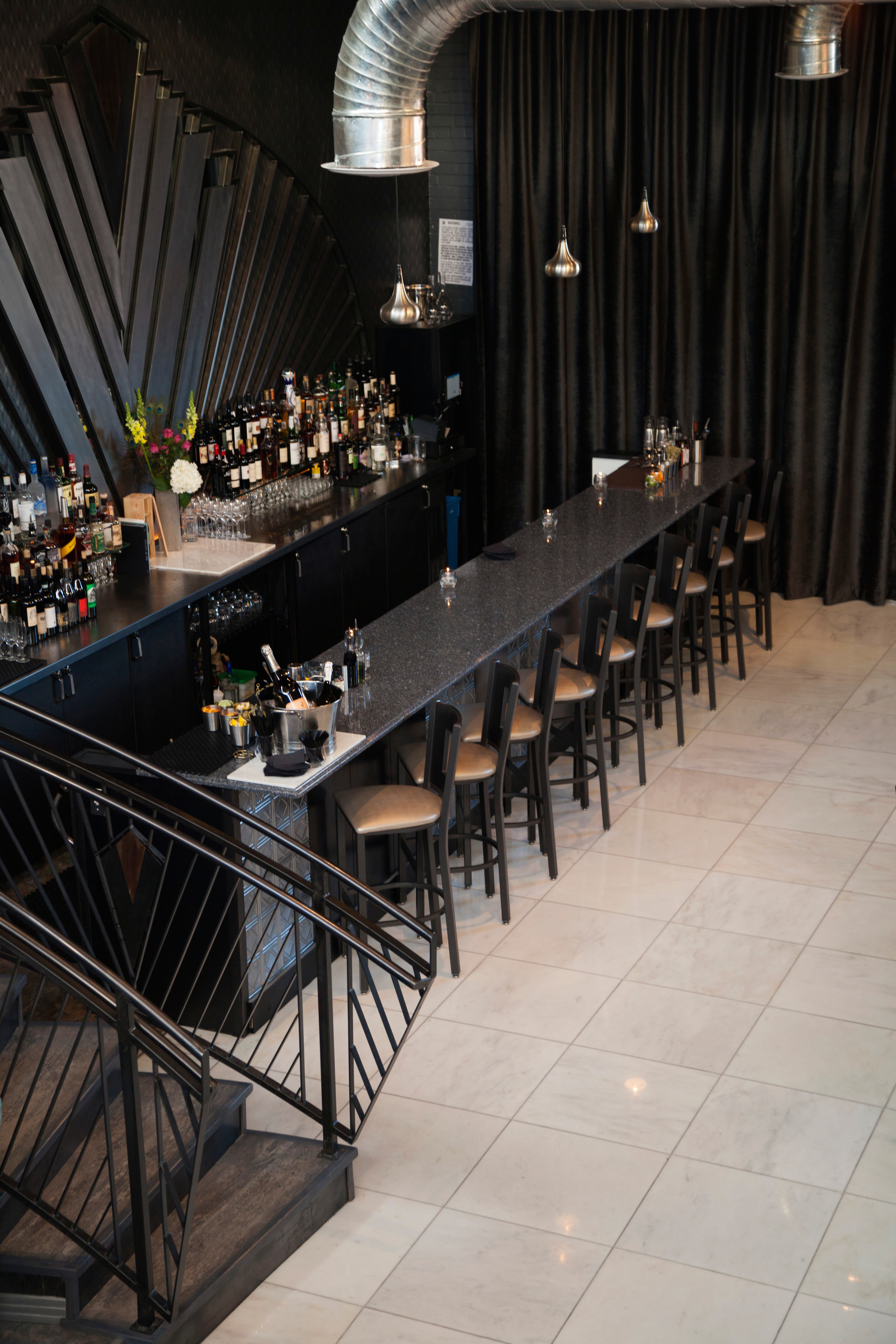 Perhaps the most adventurous music and food venue is Nocturne in RiNo. Attracting jazz fanatics, street artists and fun-loving Denverites, this jazz and supper club is as inventive as they come. Chef Greg Weadick drafts a seasonal five-course tasting menu inspired by the creative expressions of a single jazz record. We are nearing the unveiling of a sampler paired with Art Blakey’s “Moanin’,” which exhibits a big brass sound smoothed out with blues progressions and digressions. Sommelier Scott Mattson complements each dish with wine and cocktails while timbre and taste, melody and mouthfeel factor into this unique approach to the gastronomical experience. Nocturne features jazz Tuesday through Saturday, and is closed on Sunday and Monday. 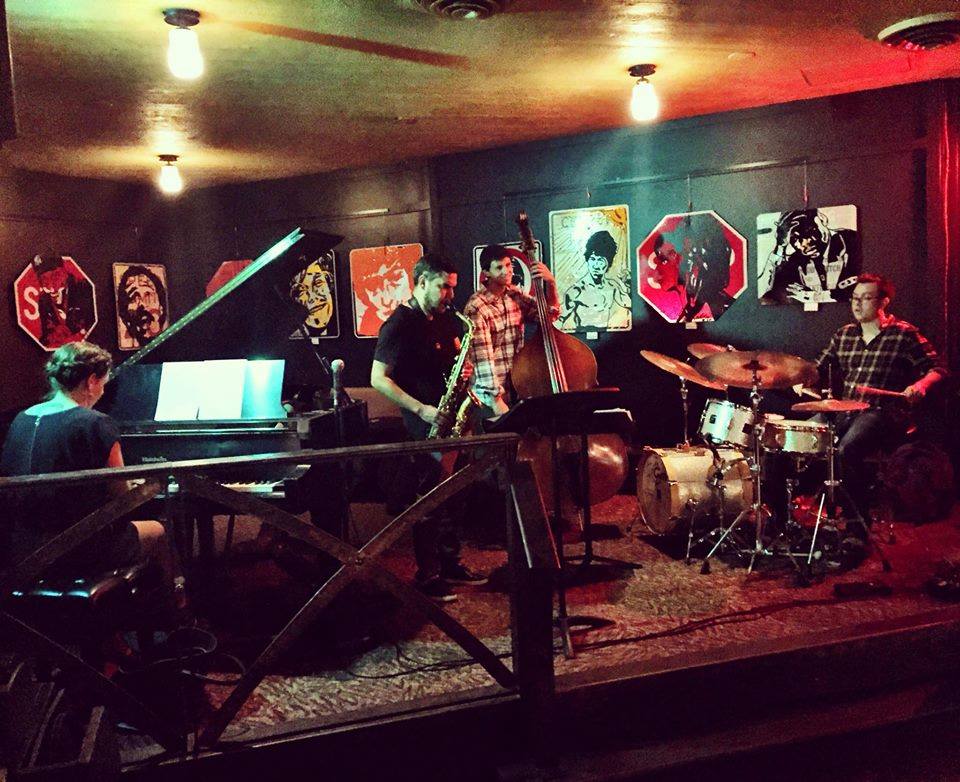 Rated Best Jazz Club by Westword this year, Dazzle is a tribute to Denver’s historic jazz culture. Seating quite large crowds in the retro bar and lounge, the restaurant brings artists that make waves in fine art circles, such as the Grammy-nominated Cuban pianist Manuel Valera playing two nights late October and Fareed Haque and the Funk Brothers on November 5 to loosen things up a bit. Midweek happy hour provides the opportunity of a three-course meal ($11) varying to each specific day.

La Cour Art Bar is defined by its funky exterior — an aquamarine blue over a garden patio woven with vines and blooms. Inside art curators showcase local works along the old brick walls. Upstairs is reserved for groovy jazz with a beautiful grand piano manned by small groups. Sometimes the acts involve theatrical, lyric-centralized performances and others indulge you with technical guitar trios. They even have a vibrant early-bird showcase for Sunday brunch so you can enjoy omelets and arpeggios at the same time. Preserving the tradition of delectable French dessert, La Cour asks you to save room for crepes, sorbet and Moelleux au Chocolat. 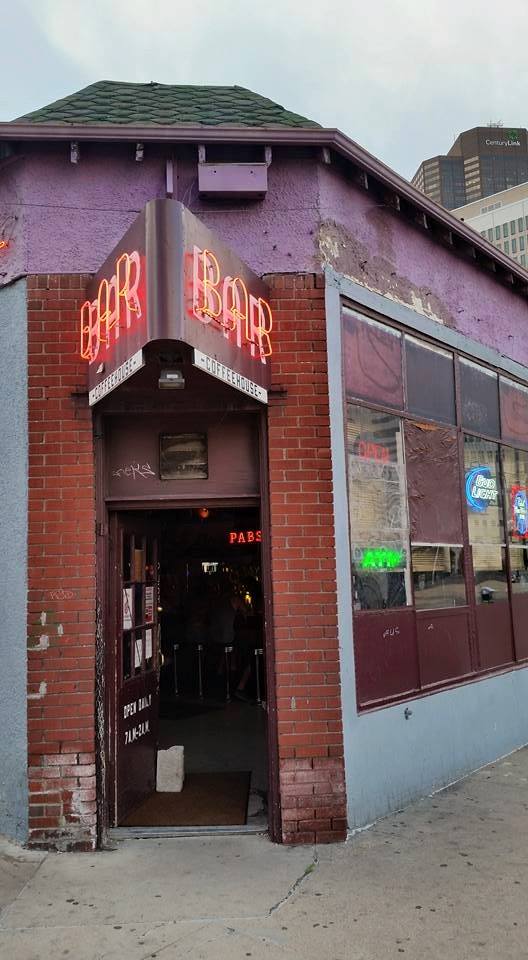 You haven’t been to a dive bar until you’ve been to Bar Bar. If you want to get down, like really down on the ground, look no further — the bands are wicked, loud and ridiculous, and they consistently capitalize with unmistakable passion and fun. This cave takes cash only, advocating for heavy drinking without the opportunity to lose your credit card. Plus they totally take the morning after into account, doubling as a coffee house during the daytime. Bar Bar is the highest functioning dysfunctional bar perhaps in existence. True to their motto, there’s nothing like it left in Denver. Wear long pants so you don’t have to resist the urge to power slide. 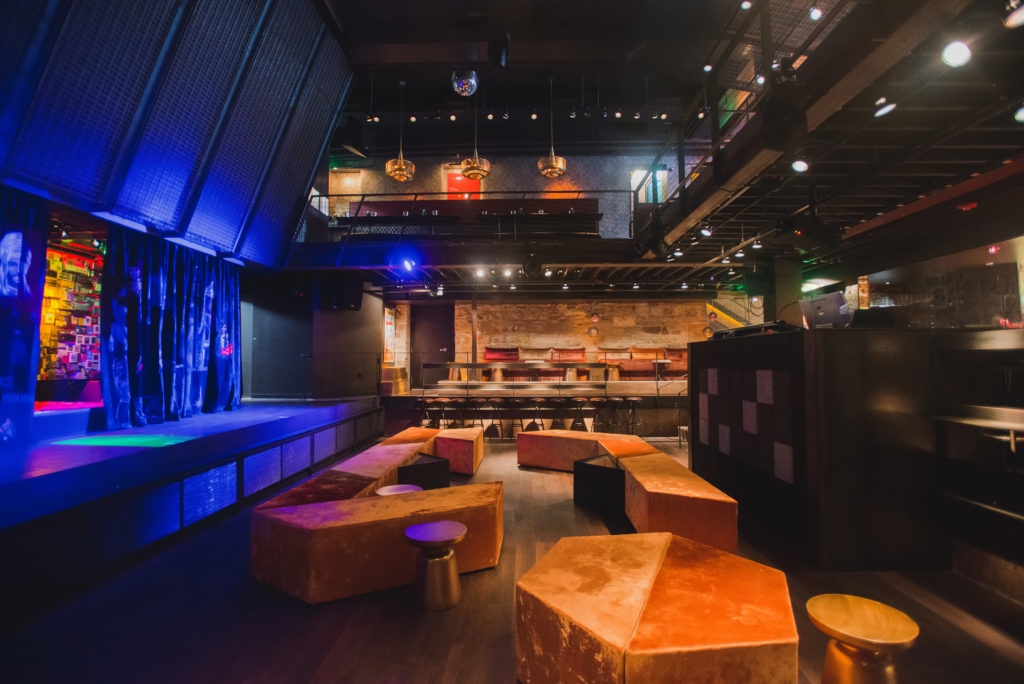 Denver’s beloved gastro-brothel does work to recruit cool musicians. They staged Blackalicious and the surf rock band who wrote that infectious riff that ignites the opening frames of Pulp Fiction. Zen Tuesdays hauls in DJs who specialize in meditating grooves. Part of the “SNAP! Series,” Ophelia’s will host a ’90s Halloween Dance Party, which guarantees freaky boogies and monster-mashing good times. Their cocktails impress as well with flagships like the PG 13 combining vodka, dill, cucumber, lime, ginger and soda and then their wily Lust Tycoon stirred with gin, blood orange, lemon, ginger and Ska Manderina IPA. Ophelia’s holds down the downtown fort with funkadelic jams when the moon comes out. 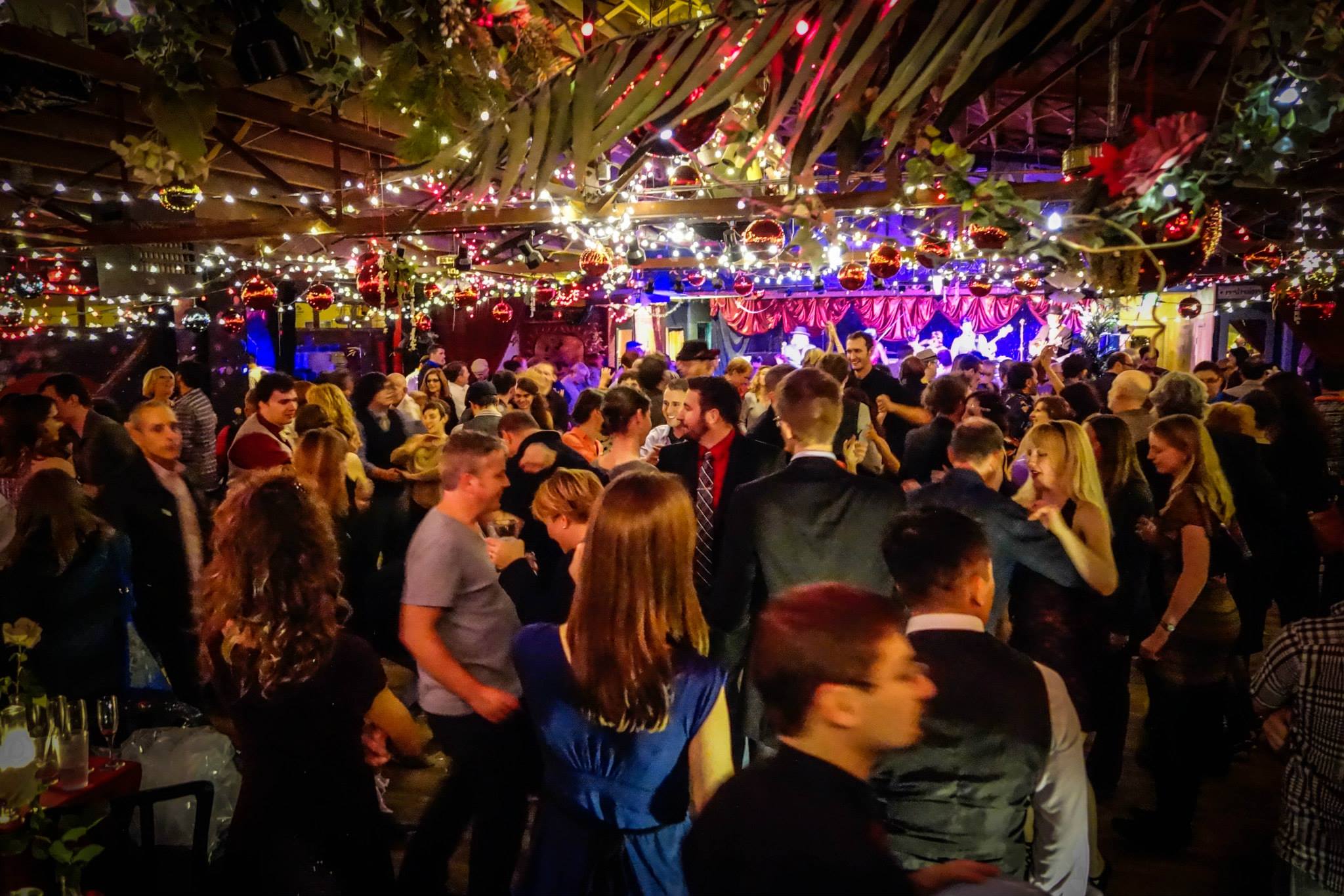 This list wouldn’t be complete without Mercury Cafe, home to slam poetry, tango nights, open mics and all other things entertainment. While their loose-leaf original tea blends are dandy, the fun part is alcoholic. You’re going to want to cut loose before cutting a rug on swing night when the big band blasts off upstairs. Grab a cocktail with an organic, gluten free meal besides bread and dance to some blues on a Tuesday. You come for the people who make us smile and stay for the Colorado Haystack Feta, which can only broaden that grin. Mercury serves as a great launching point for musicians and poets wishing to mount the stage in a relaxed environment. The MCs are supportive and goofy, so come as you are. Whether you’re going to break a leg or shake a leg; Mercury will help you every step of the way.