Twice a year New Jersey’s Bluegrass/Folk sextet Railroad Earth comes pulling into town, once in the early spring and once towards the end of summer for their annual two-night, foot-of-the-mountain stint. Friday night was the first of two shows for the band this weekend and took place, of course, at Red Rocks. Only a few years ago did Railroad Earth earn their headlining slot at the infamous venue, with shows in the past being co-headlined with Umphrey’s McGee and others of the jam and bluegrass genres.

Now it looks as if Railroad Earth has secured mid-September as the date of their Red Rocks tradition, and Friday night seemed to completely seal that deal. Since Railroad Earth have created a name for themselves within the Denver local music scene, their Red Rocks shows no longer require a set list that runs through the list of their most popular songs to date. Rather, this night would boast a mixture of “the hits” with some deep tracks as well, producing one heck of a set for an unprecedented evening. 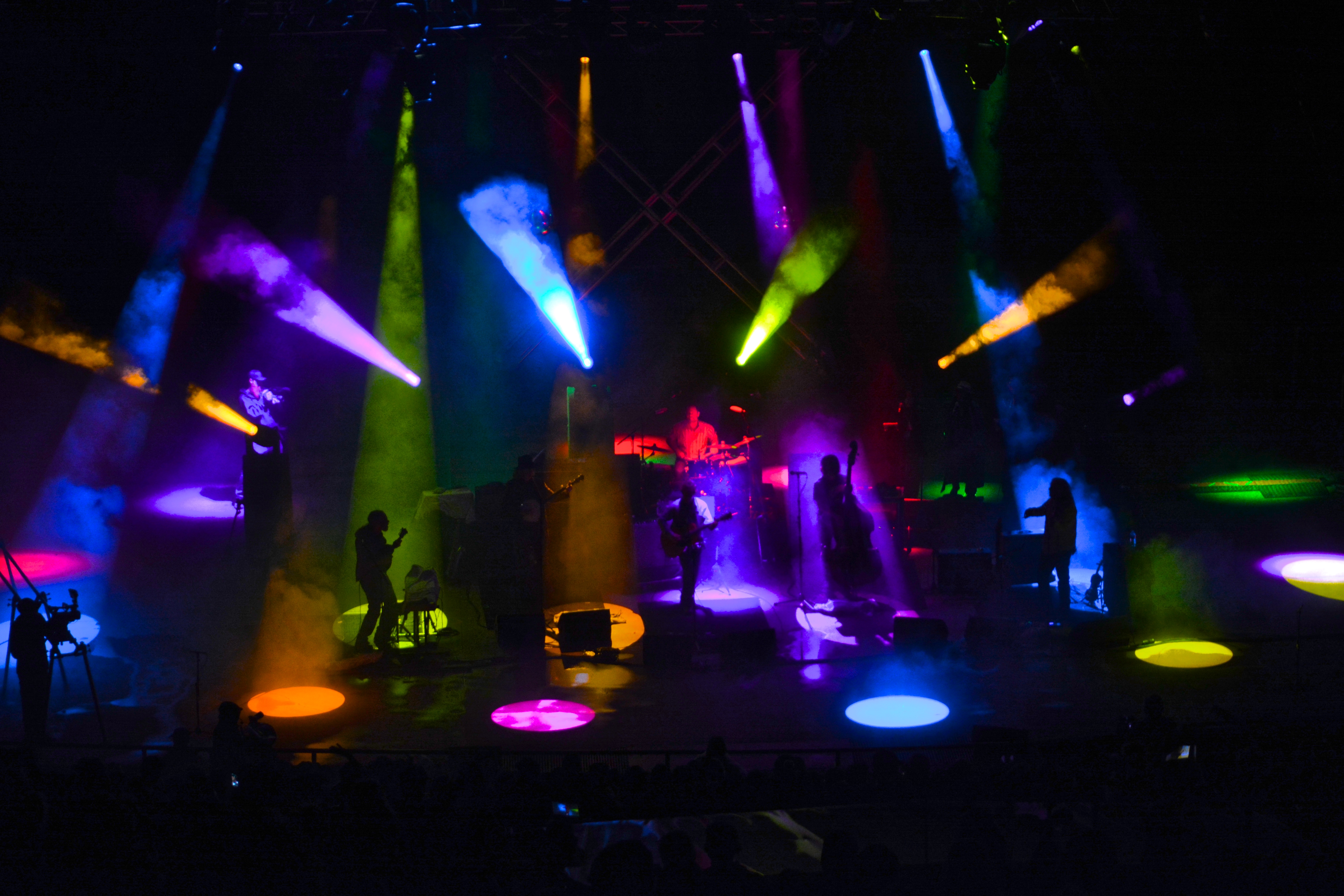 Railroad Earth started off the first set with an unexpected choice, “Butterfly and the Tree,” to the elation of the more die-hard fans in the first several rows. Describing the current feeling of the night all-too-accurately, “Happy Song” came next, setting the energy for the evening. Just as the tune was coming to a close, out of nowhere came hail and rain, thunder and lightning. Fast and furious was this storm, forcing the band offstage and the audience hiding under their rain gear.

Despite the weather, everyone hung tight under the protection of their waterproof clothing for barely ten minutes, before the storm passed on as quickly as it had hit. The crowd quickly returned to their places in the stands as Railroad Earth strode back onstage, picked up their instruments and kicked right back into the finishing chorus of “Happy Song.” A sudden but adventurous break after only two songs made the show that much more interesting and anticipated. 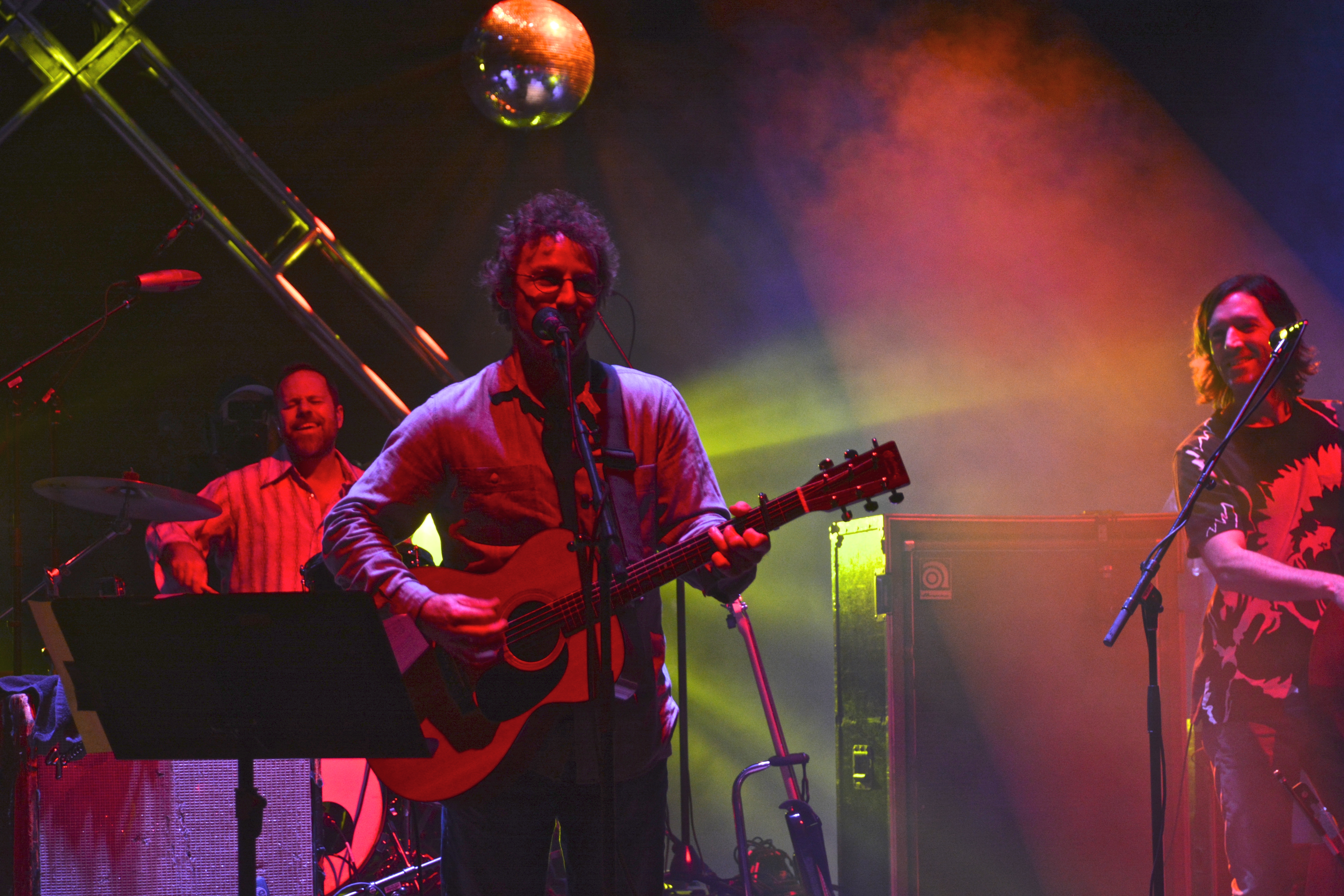 Despite whether the next song was planned or the band had chosen it on a complete whim, “Chasin’ A Rainbow” was all too fitting for the events that had just occurred. The song featured the Black Swan Singers accompanying frontman Todd Sheaffer on backup vocals, and they would play a vital part for a remainder of the performance, sitting in on about half of the songs played throughout the night. “Goat,” a personal favorite, came next before leading into a fan favorite, “Head,” with “Jupiter and the 119” coming between “Head” and its reprise for a fantastic jam-sandwich. 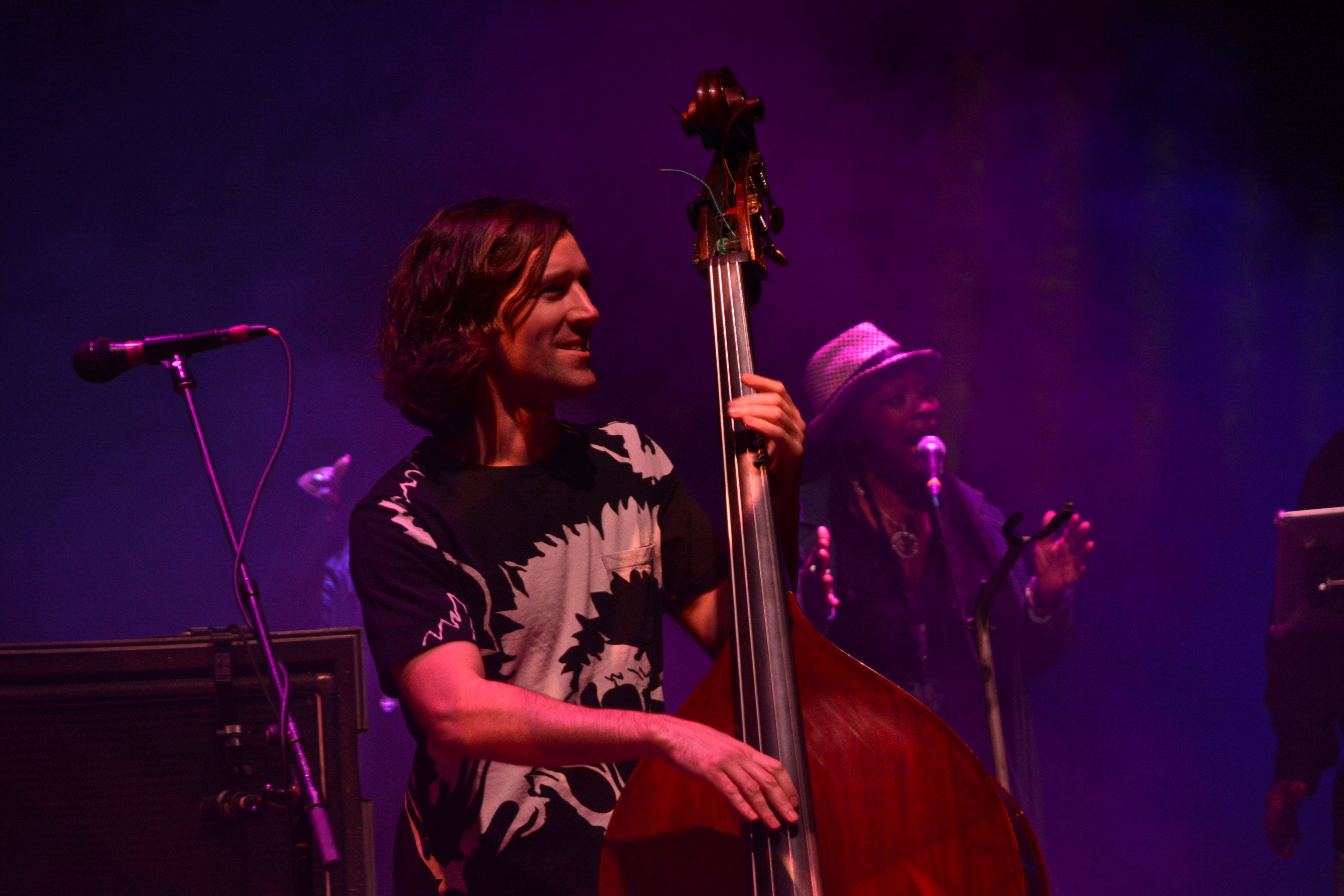 At some point there was a set break planned, but due to the weather delay Railroad Earth chose to play straight through and not sacrifice a moment of their show time, much to the delight of the crowd. This one super-long set kept it going with “12 Wolves,” an incredible, high-energy instrumental that bassist Andrew Altman just recently added lyrics and vocals to. Back-to-back instrumentals were a treat, with “12 Wolves” leading into “Dance Around Molly.” 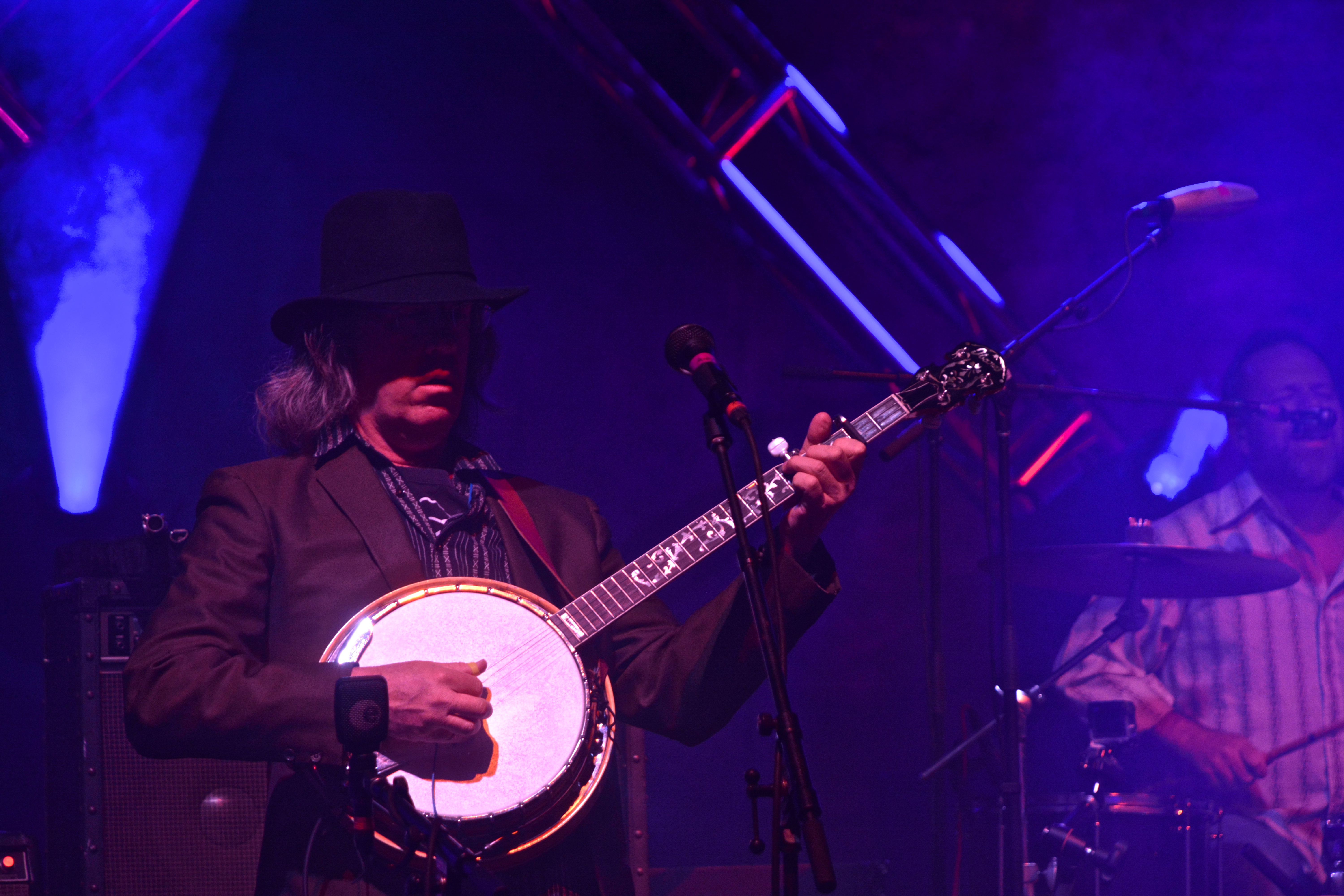 A beloved sing-along came next, with “Dandelion Wine” being followed by two of the band’s most popular songs. “Elko,” with its game of 52-pick-up, incorporated into the band’s chorus, (where the audience literally throws entire decks of cards into the air), was followed by “Like A Buddha.”  The highlight of the evening for many folks, however, would come with a rendition of Neil Young’s “Harvest Moon.” There was, in fact, a harvest moon on Friday night, and Railroad Earth’s biggest fans knew this song was coming, having heard the band perform it a number of times in the past. 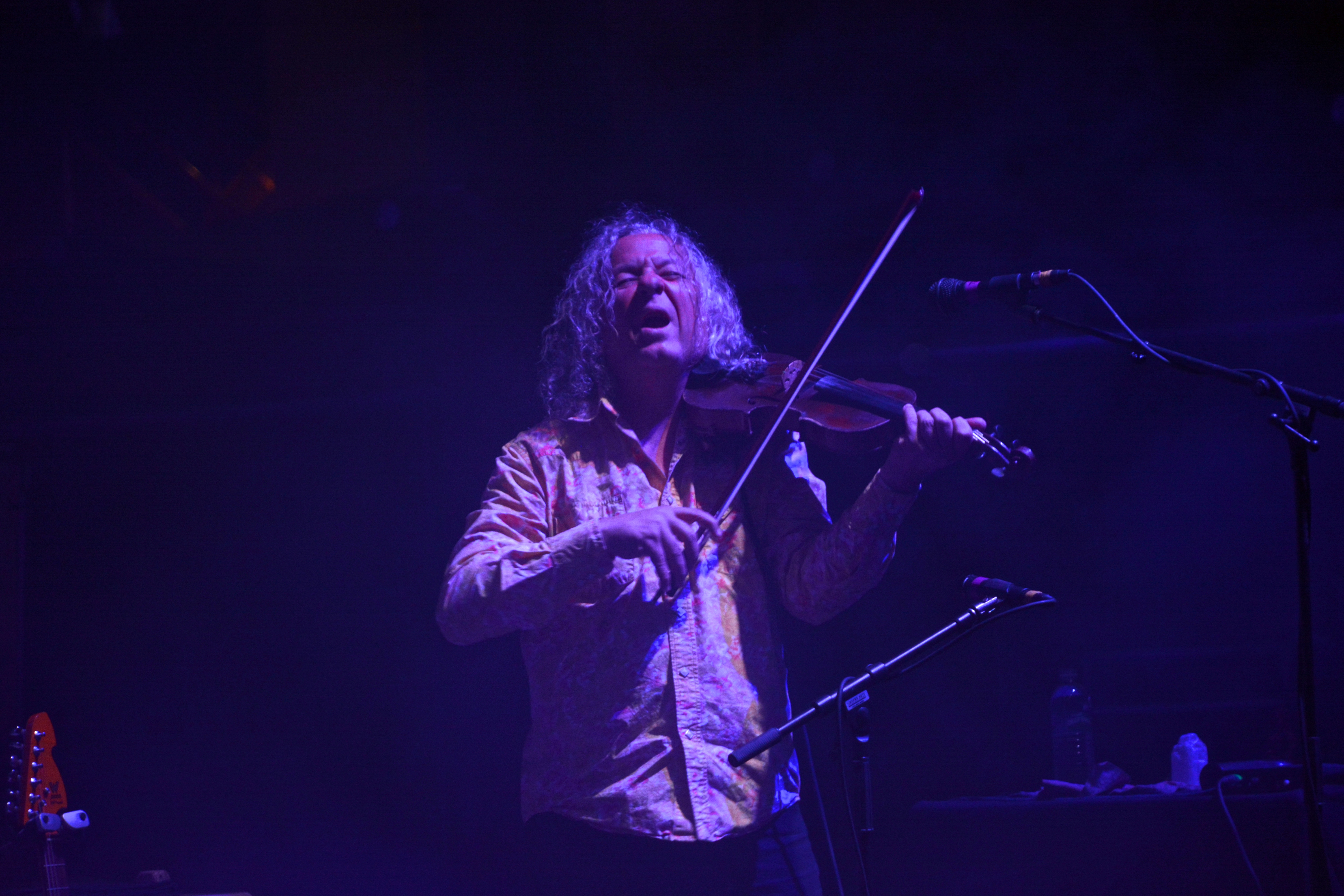 The epic “Birds of America,” featuring Dan Sears on the pocket trumpet, came before the darker, haunting sounds “Face In A Hole.” Up until this point, my fellow “hobos” (the nickname for fans of the band), and I were able to name every song played. What came next absolutely floored us, a funky track with an old school R&B feel that took us until the next morning to figure out. It was Shaggy Otis’ “Strawberry Letter 23.”  This version featured Altman on vocals once more, and was a phenomenal new addition to the band’s live catalog. 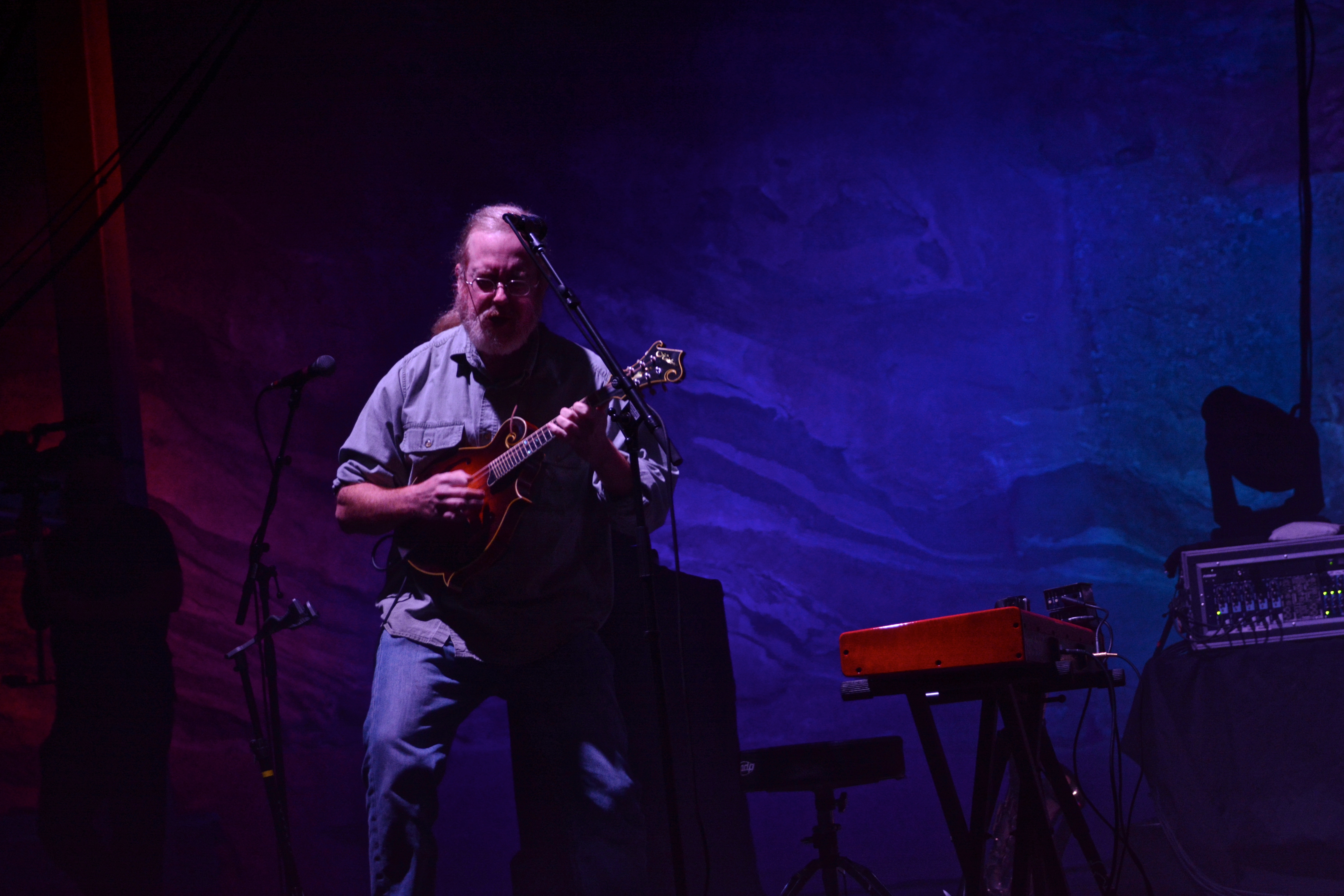 The show came to a close just before midnight, which was lucky considering the earlier rain delay.  A beautiful, down-tempo “Everything Comes Together” was followed by one more high-energy heater, “Cold Water,” wrapping up a tremendous evening of unparalleled musicianship. Hobos and new fans rejoiced until the very last moment of the show in anticipation of an intimate evening with the band the next night. 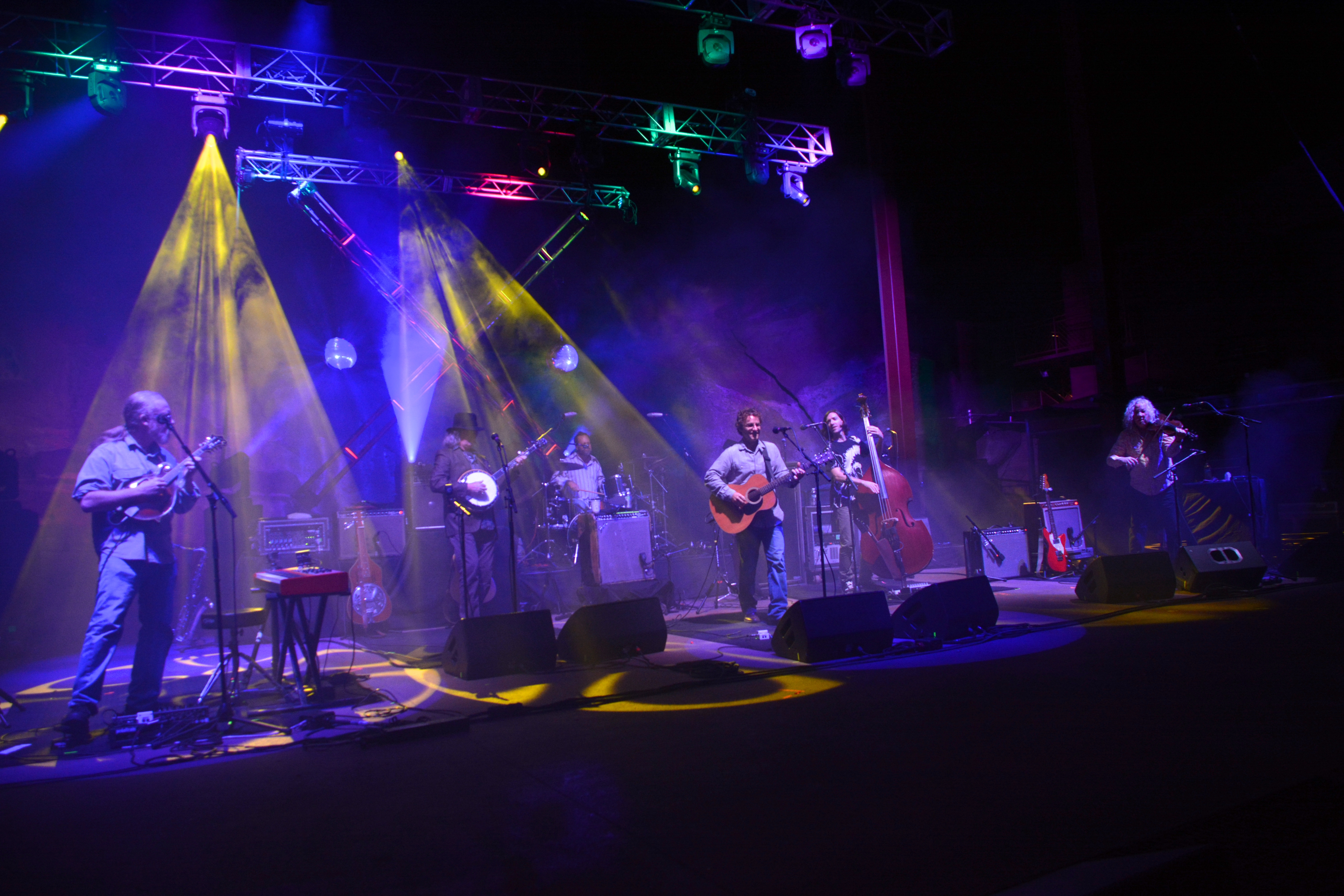 View the full gallery from Railroad Earth at Red Rocks.