The Chainsmokers headlined Red Rocks last night, bringing with them their very own curated lineup of electronic friends. Years ago most of us agreed that the Chainsmokers would die out as a one-hit-wonder after the hit single “#SELFIE.” But most of us were wrong. Now, much more than creators of a humorous club-raver, Chainsmokers are on their way to becoming one of the most well-known American electronic groups of modern time. They’re currently the third most streamed artist on Spotify in the world, and right here in the Mile High they’ve gone from a headlining set at the Fillmore last year to their very own sold-out Red Rocks performance this year. 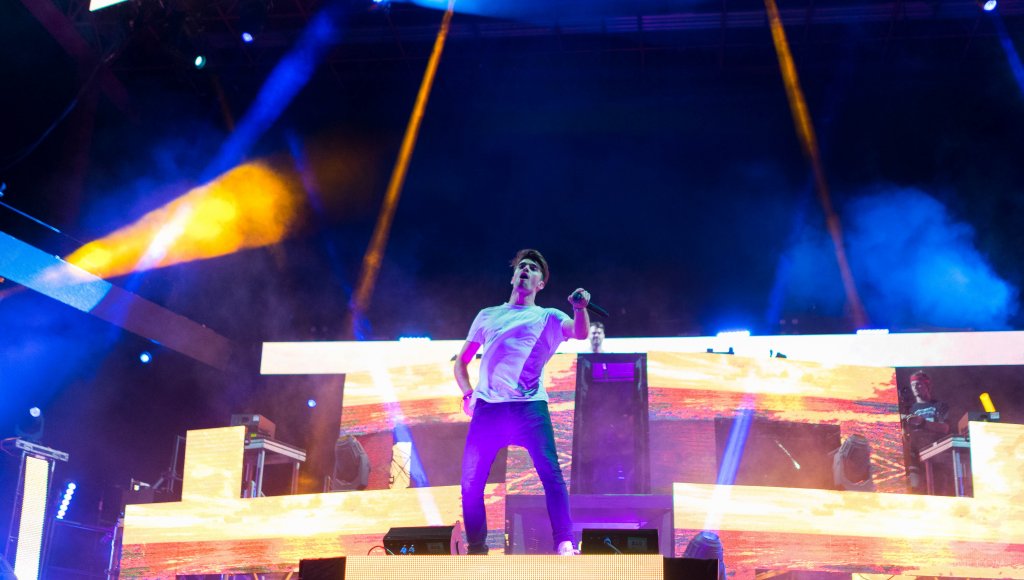 The New York duo is comprised of handsome and cocky (“17.34 combined inches… think about it…“) producers Andrew Taggart and Alex Pall. After forming in 2012 they released a few singles, but none that took off as much as 2014’s “#SELFIE.” “Kanye” followed soon after – the Chainsmokers first step towards proving they can do much more than catchy club tunes, but  simultaneously clarifying that they had no intention of halting the cleverness infused into their music–but how could we forget with a name like the Chainsmokers? Nearly three years later they’re still releasing singles and EPs but have yet to disclose a full album with their fans. However, their popularity is growing and their talent is being noted by big musicians–Steve Aoki, Tiesto, Afrojack and pop star Halsey who is featured on their most recent single “Closer.” 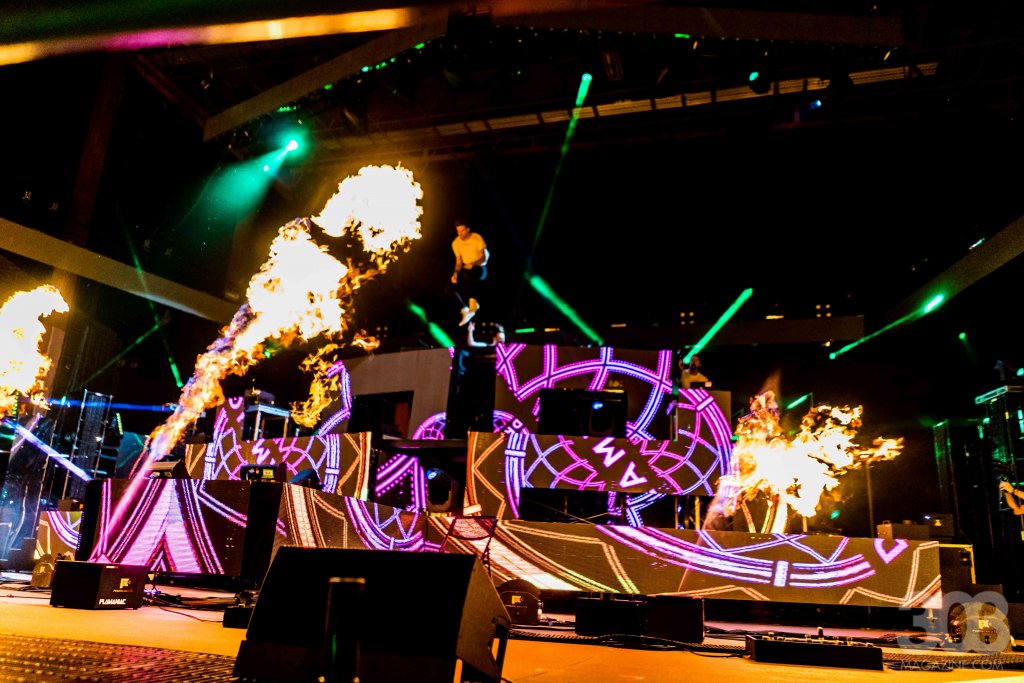 The openers were bountiful with five sets in addition to the headliner. Herobust played songs by Skrillex, Lil Jon and more in an old-school DJ set with modern tracks – often playing the songs in their original form, then mixing them into another. San Holo brought the original mixes all influenced by dub, drops and drums. Though mixing his own beats and tracks he still managed to incorporate “Sorry Ms Jackson,” “Ride Wit Me” and other favorites. He was  the perfect house party DJ – and also the second artist of the evening to remix “Hotline Bling.” Something I really appreciated about the opening sets is that they all used the rocks as light projection screens. It’s always disappointing when electronic artists come through and mask the natural formations with an LED screen.

“Look at this venue guys–Red Rocks, oh my God. I’m from Holland. If we had a venue like this I’d be there every week.” – San Holo

The openers finished their continuous DJ set and the crowd settled down for a moment after an already-lengthy evening of dancing. LED screens played advertisements for upcoming Fillmore shows this winter, signaling that Red Rocks’ summer lifespan was coming to an end. The crowd bustled in excitement; teenagers wandered the crowd bumming cigarettes and the sold-out audience packed in. The second that 9:30 p.m. rolled around, everyone was greeted with a rumbling bass and a drop in lighting, and the Chainsmokers climbed onto their luminescent raised platforms. 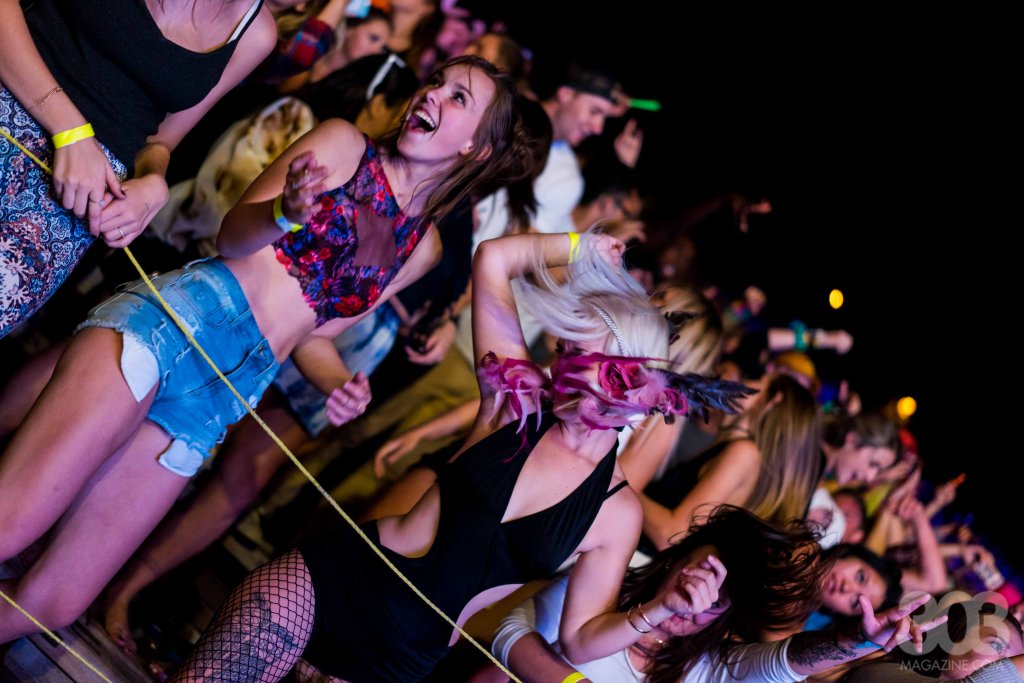 One of the first singles the duo played was “New York City” which cleverly transitioned into Eurythmics’ “Sweet Dreams.” The set continued with lasers, strobes, a runway and of course a couple Kanye West remixes. Fireworks and columns of flames shot from the stage bursting clouds of heat into the audience and igniting more senses to experience the performance. They played all of the hits from “Kanye” to “Closer,” with “Roses” potentially being the highlight of them all. The single brought sing-a-longs and even more lasers. To top it off they weaved Third Eye Blind’s “Semi Charmed Life” into the hit song.

“I feel at home right now. I feel like you guys are my friends.” – The Chainsmokers 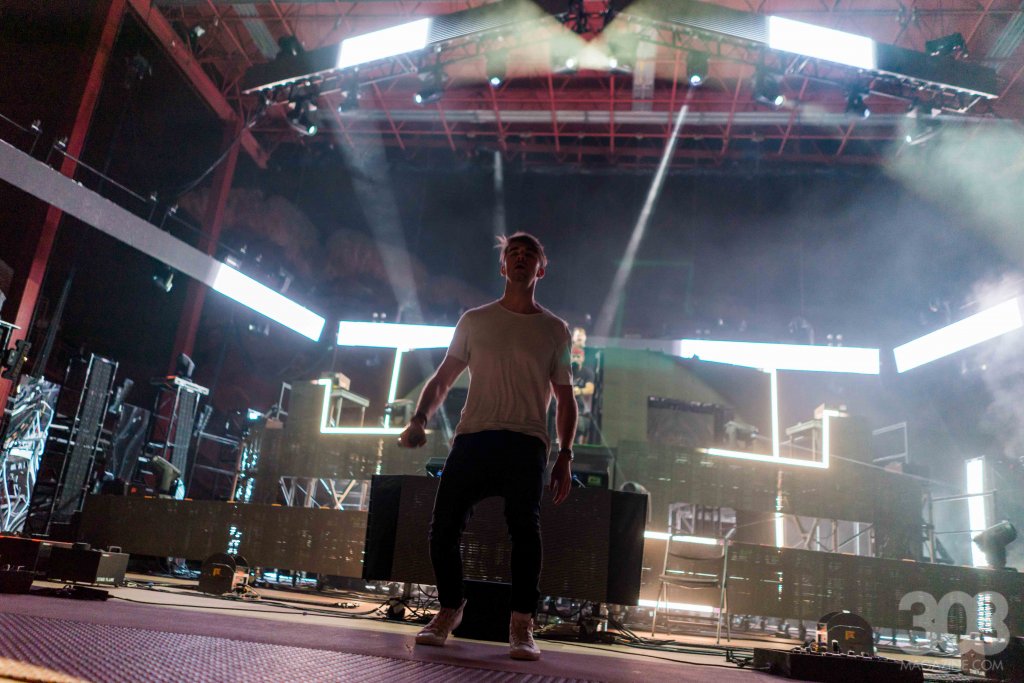 In addition to the classics of our youth we all love and continue to enjoy, they mixed in upbeat, trendy hits from songs by Tove Lo to MGMT and remixes of Flume songs. And more Drake. Eventually it all came back to “Kanye.” Bright lights shone on the crowd. Everyone chimed the lyrics in sync and out of tune and there were a couple “I fuckin’ love you guys” from the Chainsmokers. Eventually they switched to catchy ’80s synths and then another Drake song. I wanna be like Kanye.

“I usually don’t give the Kanye speech but since we’re at Red Rocks I gotta give you the Kanye speech. Just so y’all know this song is not about Kanye West – that dude doesn’t need another motherfuckin’ song about him that’s for sure. This song is about being yourself and not giving a fuck what people think about you.” – The Chainsmokers

In the end I didn’t really see the Chainsmokers doing much. Well, musically that is. They certainly danced on the somewhat neglected switch-boards, strutted the runway, constructed crowd-pleasing shenanigans and brought their posse on stage. They clapped, they danced, they truly jammed out – but I’m not really sure how much they actually played the music – which one could notice since they were elevated so high above the stage. 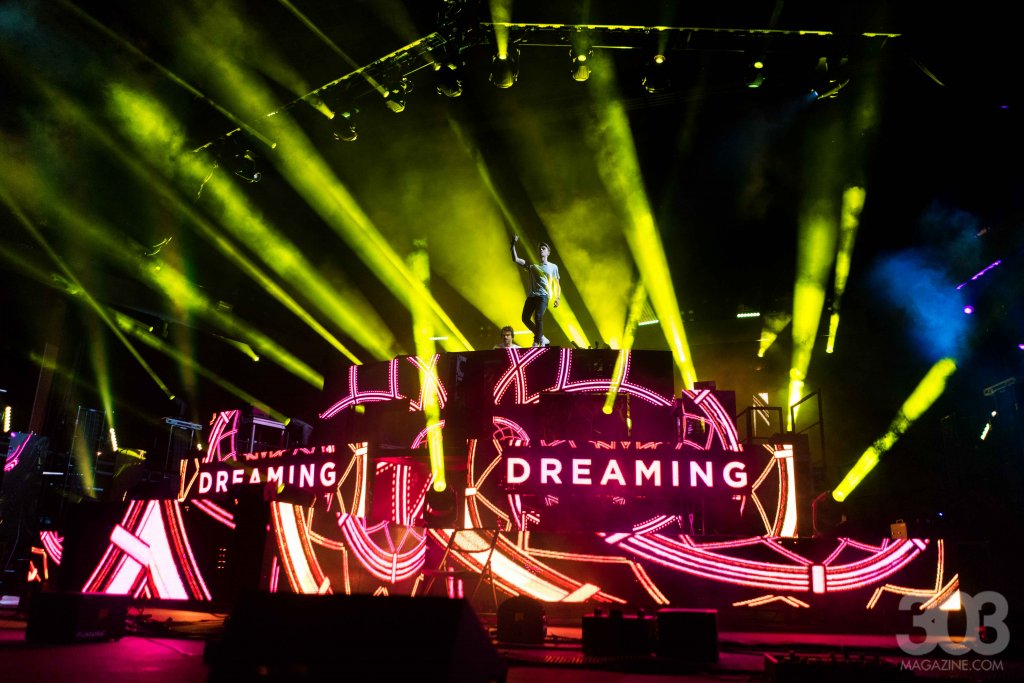 However, the light show was potentially one of the best I’ve ever seen, and I’ve seen a lot of great electronic shows. Regardless of a seemingly effortless live performance, I would honestly still go see them again. The Chainsmokers were entertaining, crowd pleasing and clearly translated their music style live. The lineup of artists was sincerely great and it all led up to a pretty fulfilling climax – and no, I’m not referring to your “17.34 combined inches,” Chainsmokers.

Check out our full gallery of the show by Meg O’Neill here. 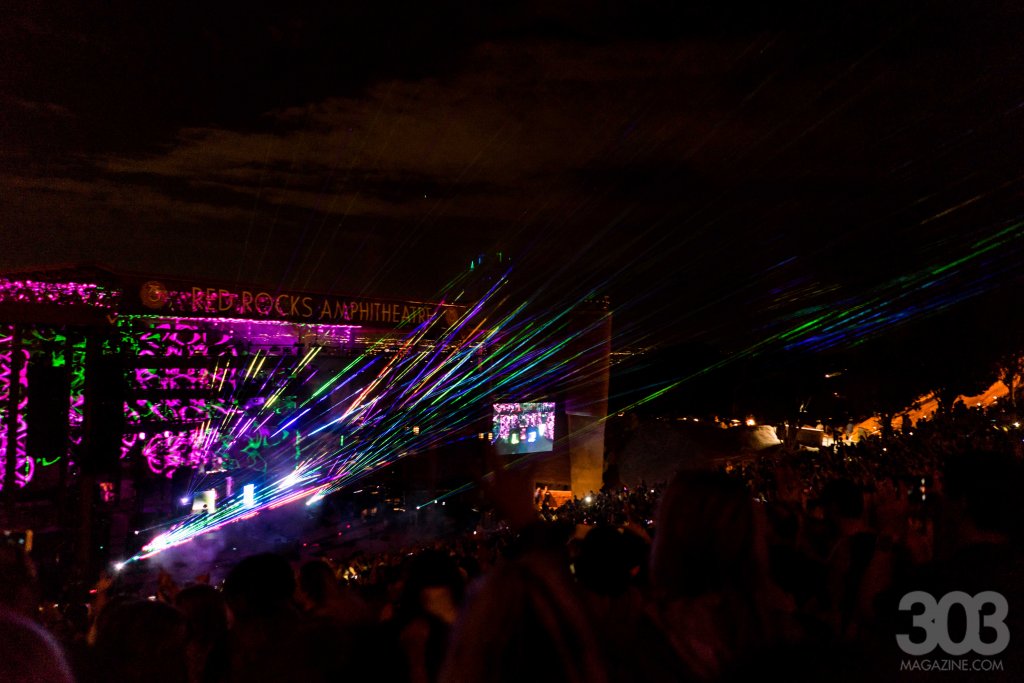