This week is a big one. September is National Hispanic Heritage Month and National Suicide Prevention Awareness Month. We have events that range from touching to innovative and all things in between. This is not the weekend to leave town or lay low. There are a number of once-a-year opportunities waiting for you just down the street. 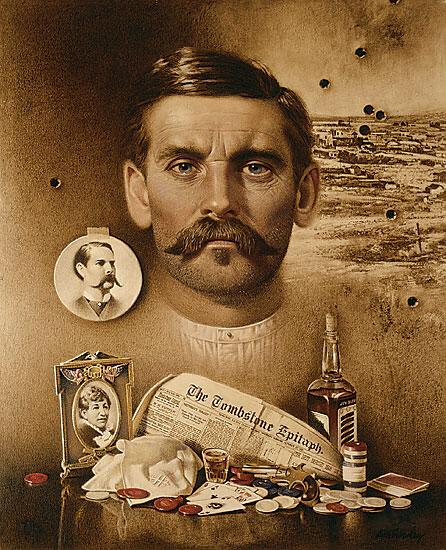 The Lowdown: When you think Doc Holliday you probably think the Gunfight at the OK Corral, so you might be surprised to know that Doc Holliday spent more time in Colorado than anywhere else in the West. As a matter of fact, Holliday became the celebrity he’s known as while he was in Colorado. Denver, Leadville, Pueblo, Trinidad, Salida and Glenwood Springs were all cities where Doc Holliday made aa name for himself. Join Victoria Wilcox, author of Southern Son: The Saga of Doc Holliday at the History Colorado Center to learn more about Holliday’s often-overlooked Colorado career. 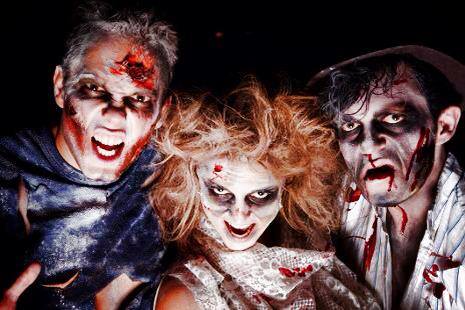 The Lowdown: The leaves are changing and there is a chill in the air. It’s finally autumn and with autumn comes pumpkins, corn mazes and haunted houses. Denver’s largest haunted house, 13th Floor, is opening for another spectacular season of screams and scares. Commonly called Denver’s most terrifying haunted houses, 13th Floor is for the brave only. 13th Floor is unveiling three new additions to the house: Slasher Remix, Undead: Abominations and Cursed: The Ritual. For more information on the haunted house and its newest attractions check out 13thFloorHauntedHouse.com.

The Lowdown: Chipotle Mexican Grill comes together this week with Denver’s Botanic Gardens to bring you the cinematic culinary experience that is “Inhabit: A Permaculture Perspective.” This feature-length documentary introduces the audience to permaculture — a “design method that offers an ecological lens for solving issues related to agriculture, economics and governance.” This project aims to remind the public that humans are capable of being planetary healing forces. 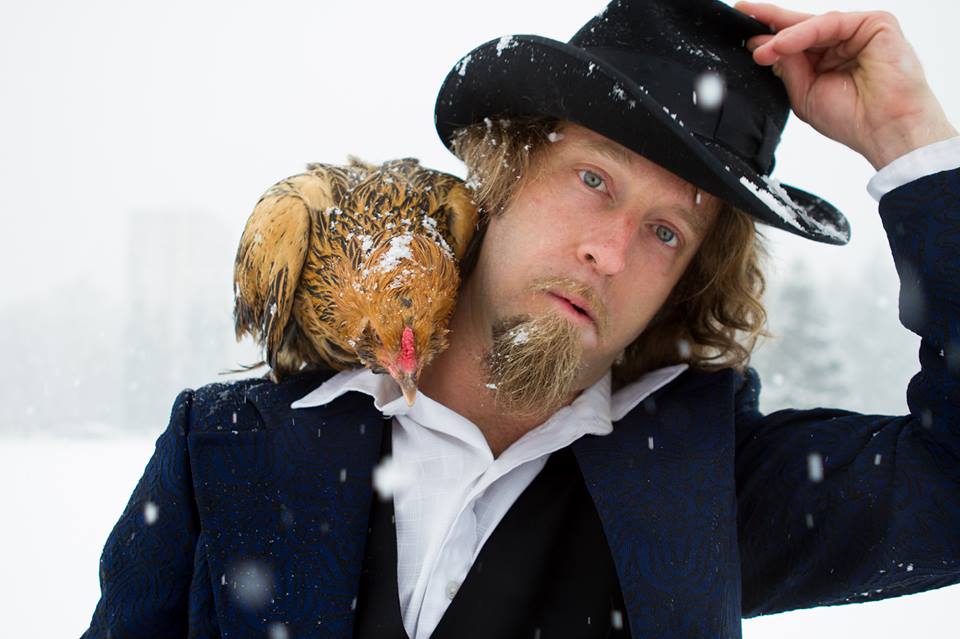 The Lowdown: Comedian Josh Blue first gained popularity after winning the NBC television series “Last Comic Standing” in 2006. Since then Blue has been featured on Showtime, Comedy Central and Ellen DeGeneres. Fans and critics alike are raving about his most recent one-hour special, “Sticky Change.” As a current Colorado resident, Blue will put on a show this week and will then return for several shows in December. 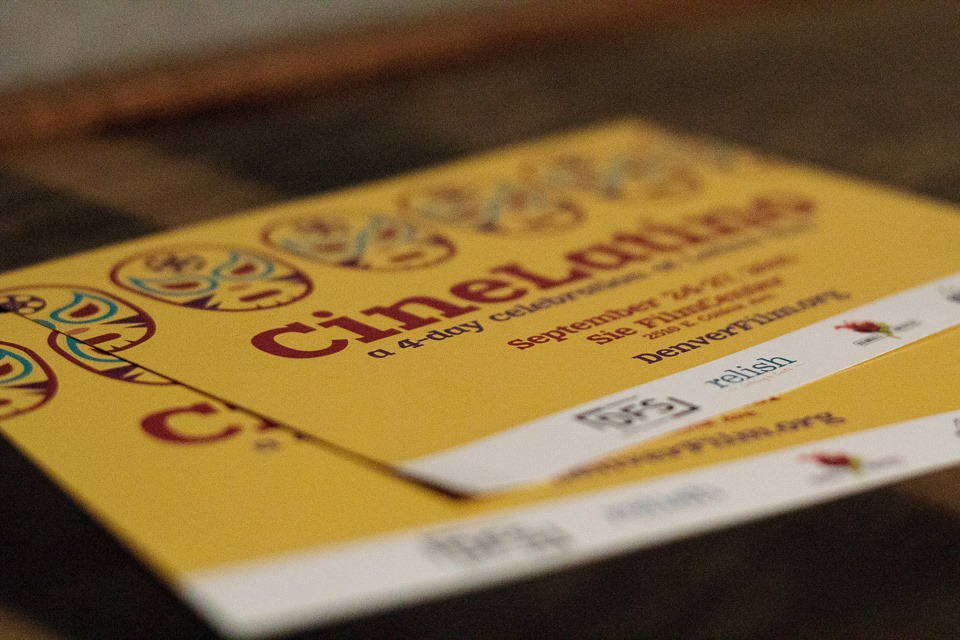 The Lowdown: CineLatino fits perfectly into National Hispanic Heritage Month. It is a four-day film festival put on courtesy of the Denver Film Society .This event is a cultural celebration of Latino Cinema and the numerous contributions the Hispanic community has brought forth to the film industry. The festival will include screenings of 15 popular Latino films and will have both features and documentaries. Nacho Libre, Camino a La Paz, Neruda and a number of short films from Mexico are a few of the movies that will be included. For a full listing of the films being featured check out DenverFilm.org. 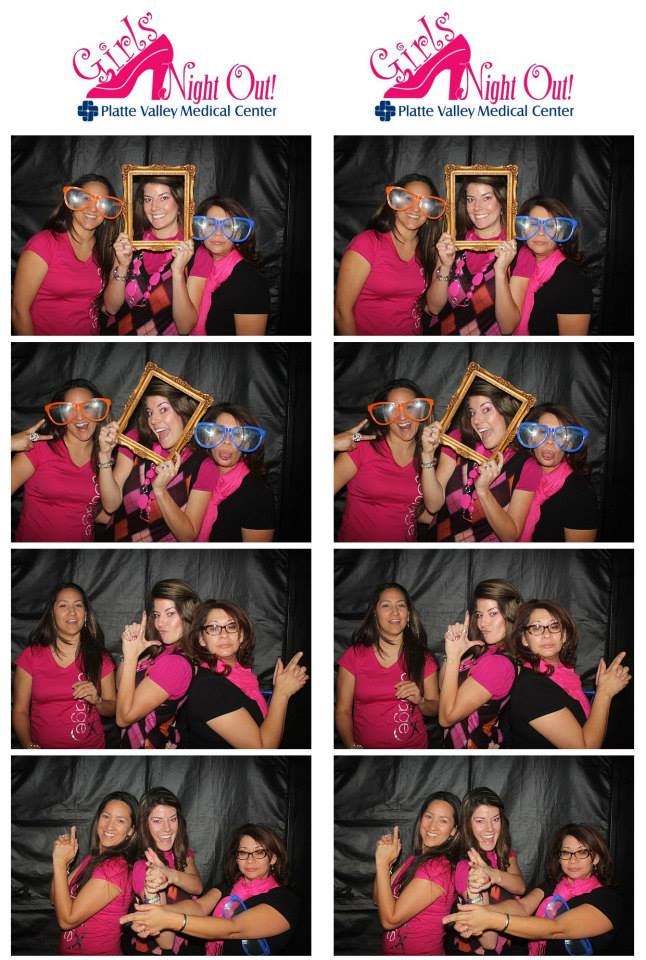 The Lowdown: It’s a good old fashioned girls-only party. Get your mom, your sisters and all of your gal pals together to enjoy music, wine, chocolate and hors d’oeuvres. This is the Platte Valley Medical Center‘s 5th annual Girls Night Out Party, only this year they’re hosting it in their beautiful, healing garden. This event isn’t just a good time out; it’s also an opportunity for you to learn more about your health. You’ll receive a free health screening and go home with a few gifts and a lot more knowledge about your well-being. 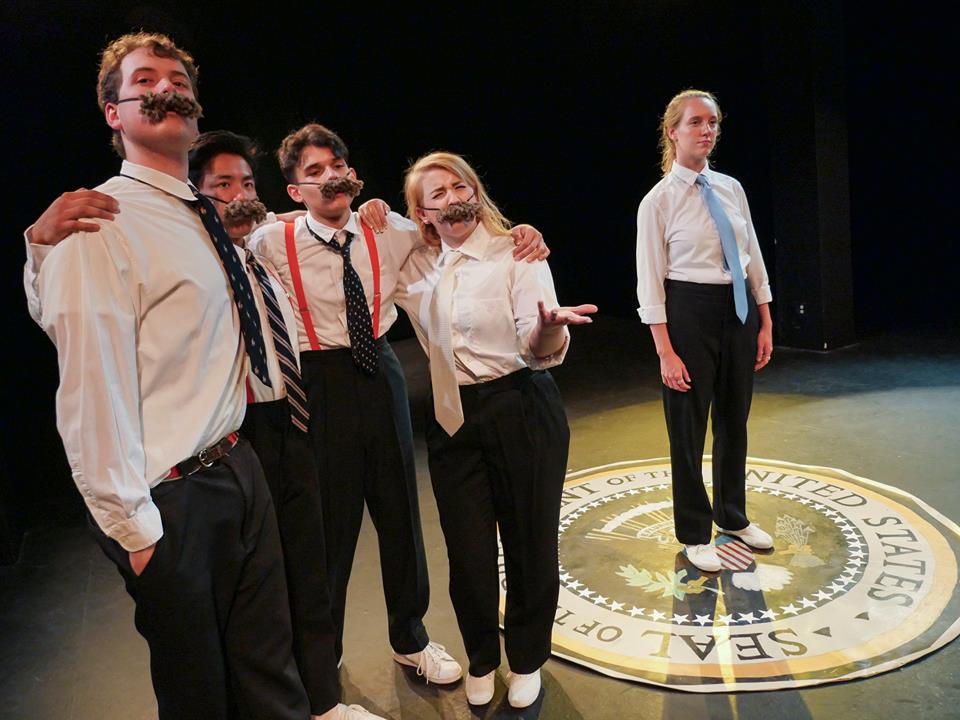 Where: University of Colorado, Boulder

The Lowdown: The Neo-Futurists, in collaboration with Square Product Theatre, are excited to present “44 Plays For 44 Presidents.” This play shares the history of the United States in a unique series of two-minute scenes. Each scene is dedicated to one American president. This production is simultaneously entertaining and thought-provoking as it demonstrates the populace’s role in shaping our country’s history. 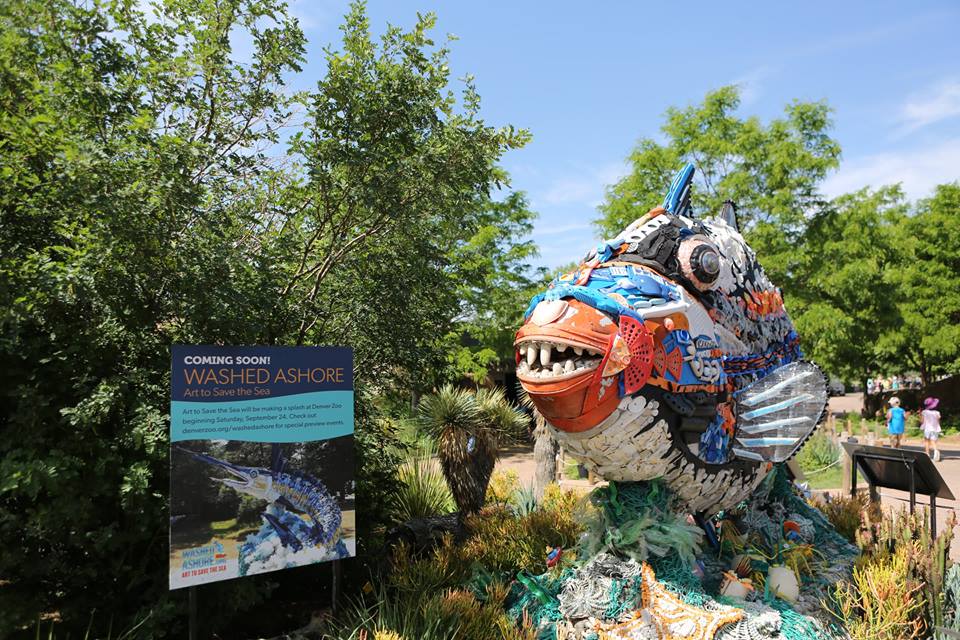 The Lowdown: The Denver Zoo is soon unveiling a traveling exhibit titled “Washed Ashore, Art To Save The Sea.” This exhibit will feature 15 giant art sculptures of sea life made up almost entirely of trash collected from beaches. Created by the non-profit organization The Washed Ashore Project, this exhibit is meant to generate awareness about the pollution of the ocean. The Food Truck Safari is an adults-only happy hour that will include a preview of this new exhibit. Tickets include the opportunity to meet the artists behind the sculptures and will feature food form local food trucks as well as live music. 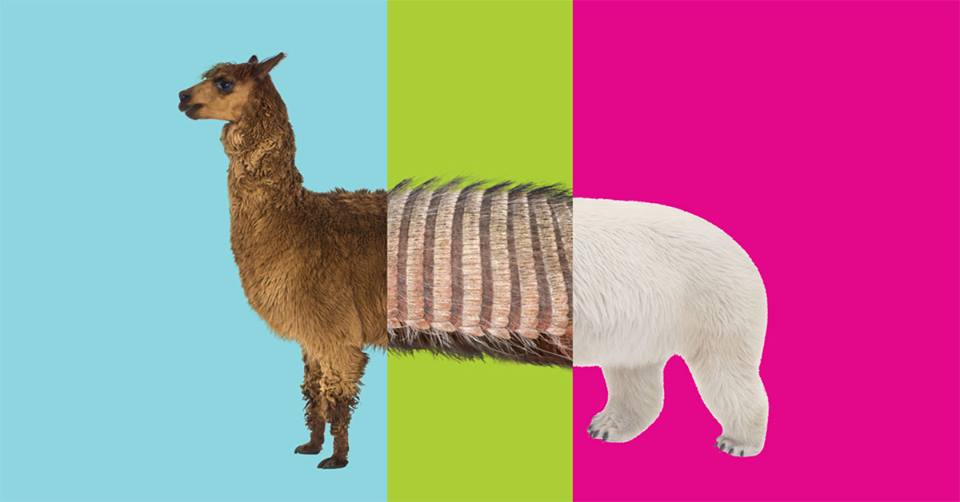 Photo courtesy of Denver Museum of Nature & Science on Facebook

Where: Denver Museum of Nature and Science, 2001 Colorado Blvd, Denver

The Lowdown: The Denver Museum of Nature and Science is calling this exhibit “beautiful, fascinating and just plain weird.” Take a look at some vividly detailed reconstructions and lifelike models that demonstrate the ancestry and evolution mammals we know today. You’ll encounter mammals that are fast, slow, fanged, horned and everything in between. 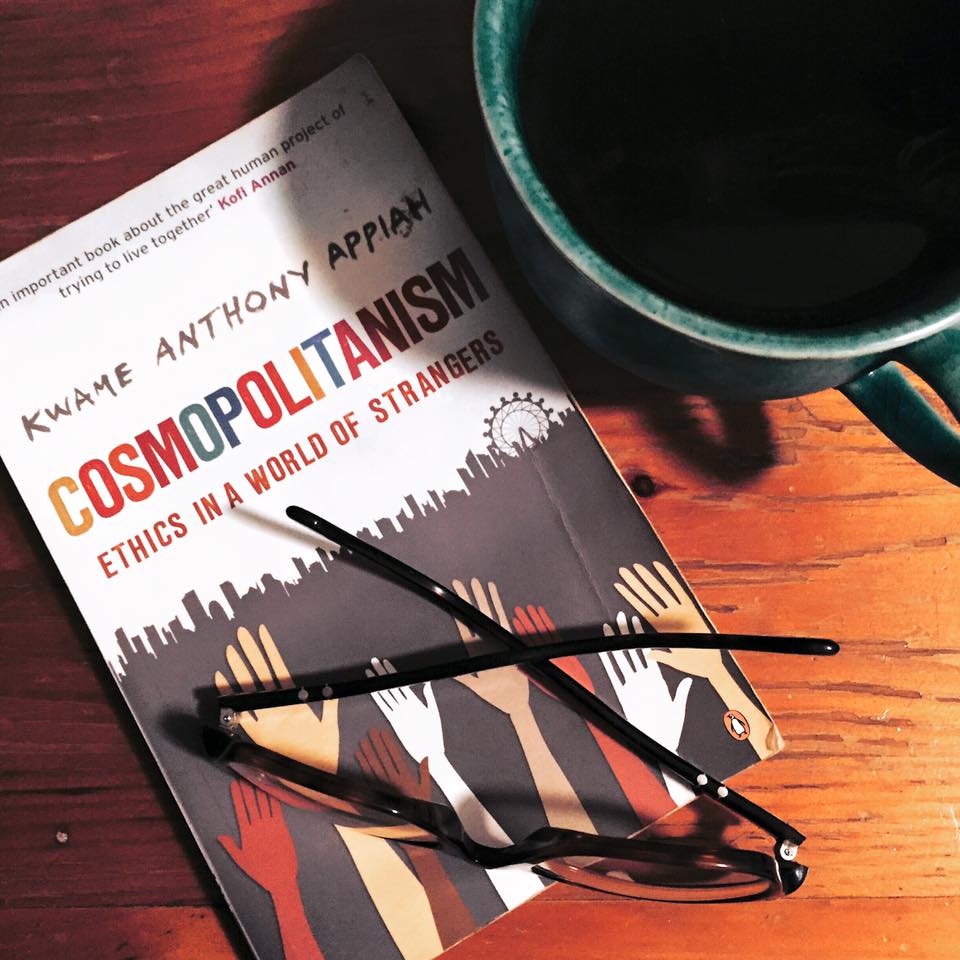 The Lowdown: Often considered “the greatest literary literary show on Earth,” the Jaipur Literature Festival makes its way once again to Boulder, Colorado. Free and open to the public, this event is made to examine the human experience through the reflections and imaginations of distinguished authors from around the world and generate discussion within the literary realm. Plus, it is free — making it the world’s largest free literary festival!

Out of the Darkness Community Walk 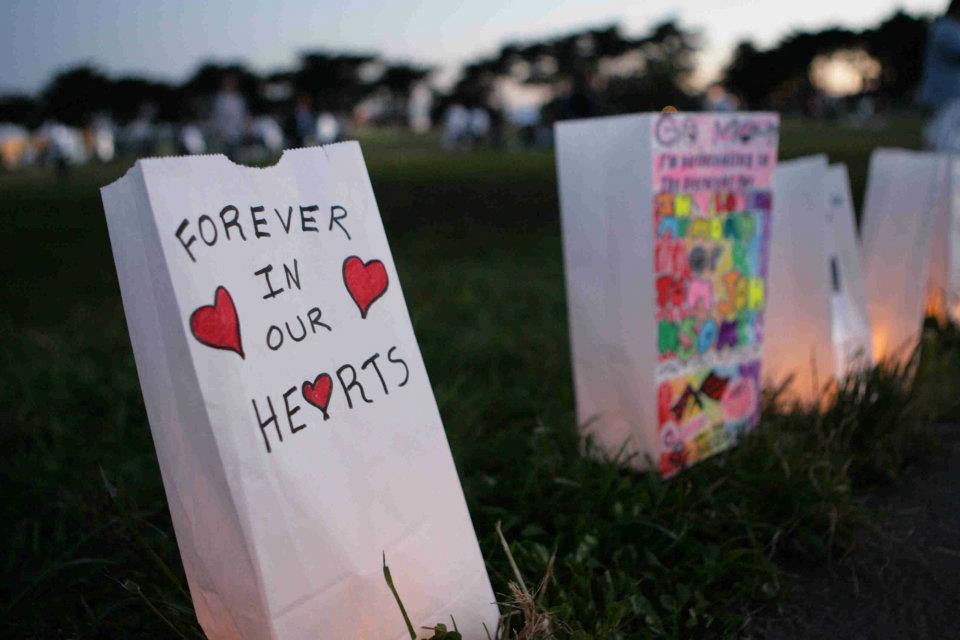 Photo courtesy of American Foundation for Suicide Prevention on Facebook

The Lowdown: September is National Suicide Prevention Awareness Month. The American Foundation for Suicide Prevention is a leader in the fight against suicide. The program funds research, develops educational programs, advocates for public policy and supports survivors of suicide loss. AFSP is pleased to host Denver’s 2nd annual Out of the Darkness Community Walk, which is an event for those who have lost a loved one to suicide to come together and create awareness. There will be refreshments and a resource fair. The walk is just under three miles (seven laps) around the Coors Field Concourse.

Our Neighbors, Ourselves Gallery 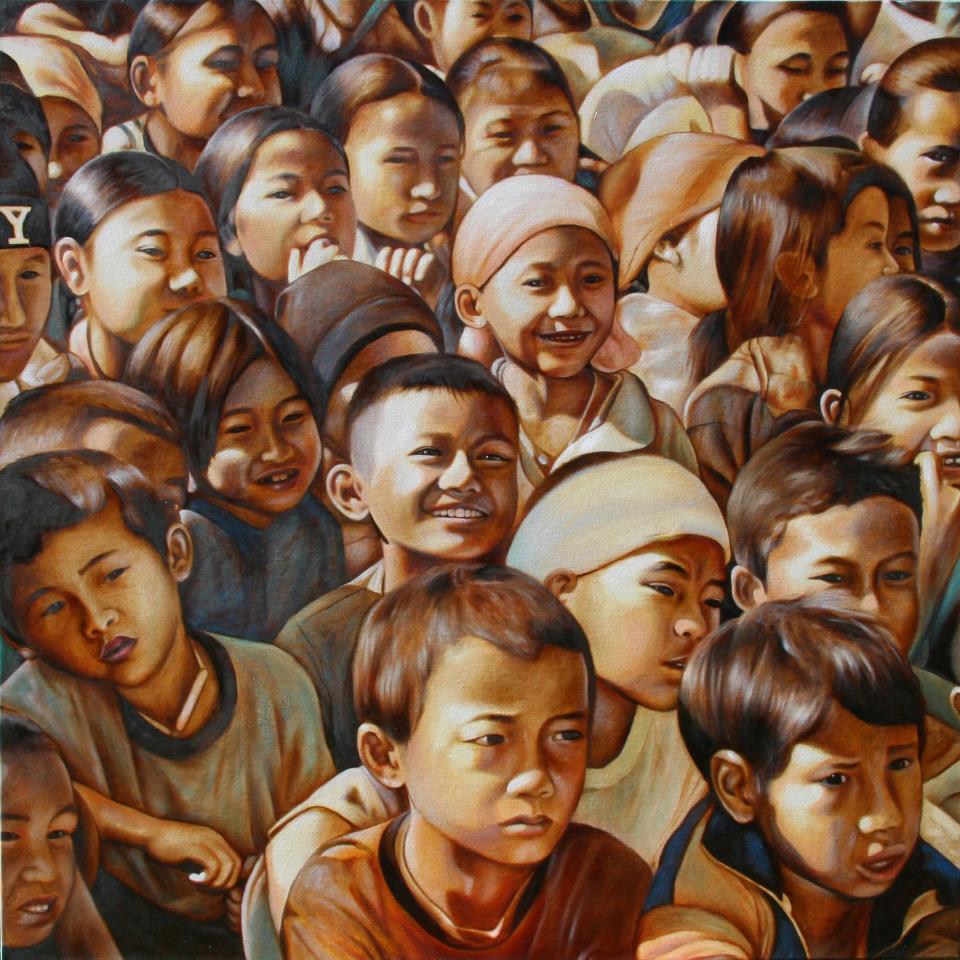 The Lowdown: Our Neighbors, Ourselves is a non-profit organization of dedicated community members who aim to volunteer, mentor and befriends refugees residing in our cities. ONO works to “restore worth to our refugee neighbors through the heart of our community.” To find out more about ONO and their mission, check out ProjectWorthMore.org. 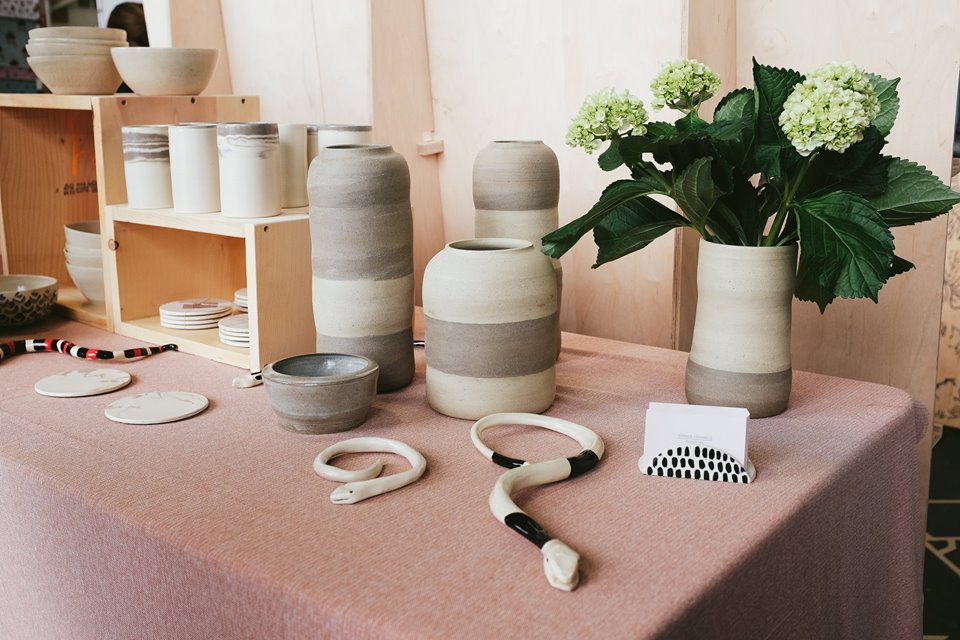 The Lowdown: Check out the brightest talents in contemporary craft and design this weekend at the Renegade Craft Fair. This is a festive weekend intended to celebrate handmade art. RCF is the first, largest and most respected event of its kind and has been a pioneer in the do-it-yourself craft movement. RCF events typically see tens of thousands of visitors at each fair across the nation.

An Evening with Thomas Jefferson

The Botanical Paradises of Greece

Dancing with the Broomfield Stars