73 GABF Week Events You Can Attend Without a Ticket

The Great American Beer Festival comes to Denver once again, and although tickets are sold out, Colorado is continuing to brew up more beer and equally exciting events so that every GABF fanatic has a chance to celebrate. Read on for a few of our recommendations and GABF-themed events happening this week and next. Shout out to our friends over at PorchDrinking.com for their help in collecting and reporting on these events. 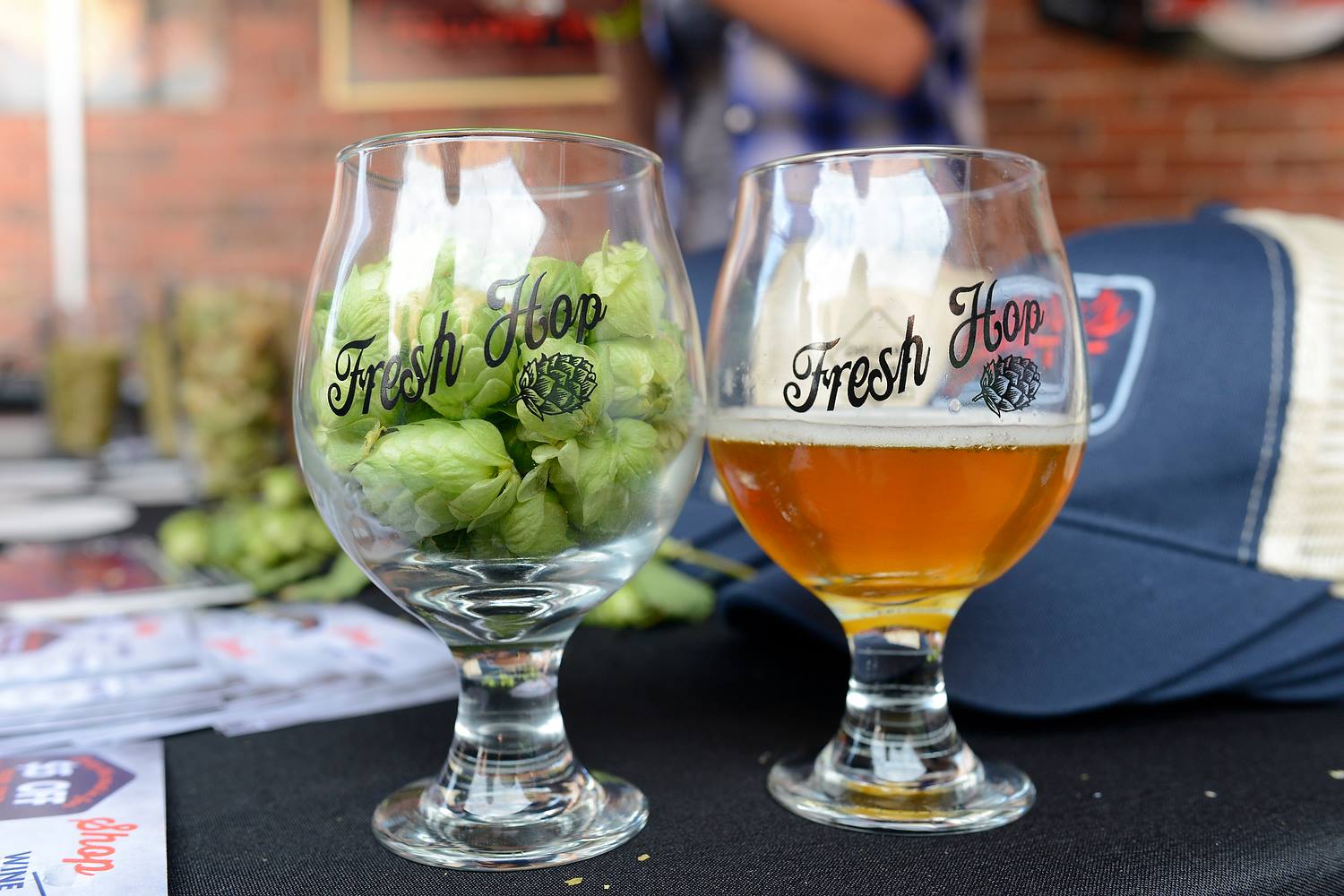 The Lowdown: As a precursor to the nation’s largest beer festival, we welcome the Fresh Hop Event. This annual event takes advantage of the harvest season while bringing together brewers — both locally and nationally — to showcase “fresh hop” beer. What is a fresh hop beer? It’s a brew made with hops that have been picked in the last 24 hours. This process makes for a particularly special beer, especially since most brews typically use hops that are dried before going into the brewing process. Don’t miss out, these beers don’t come around often. 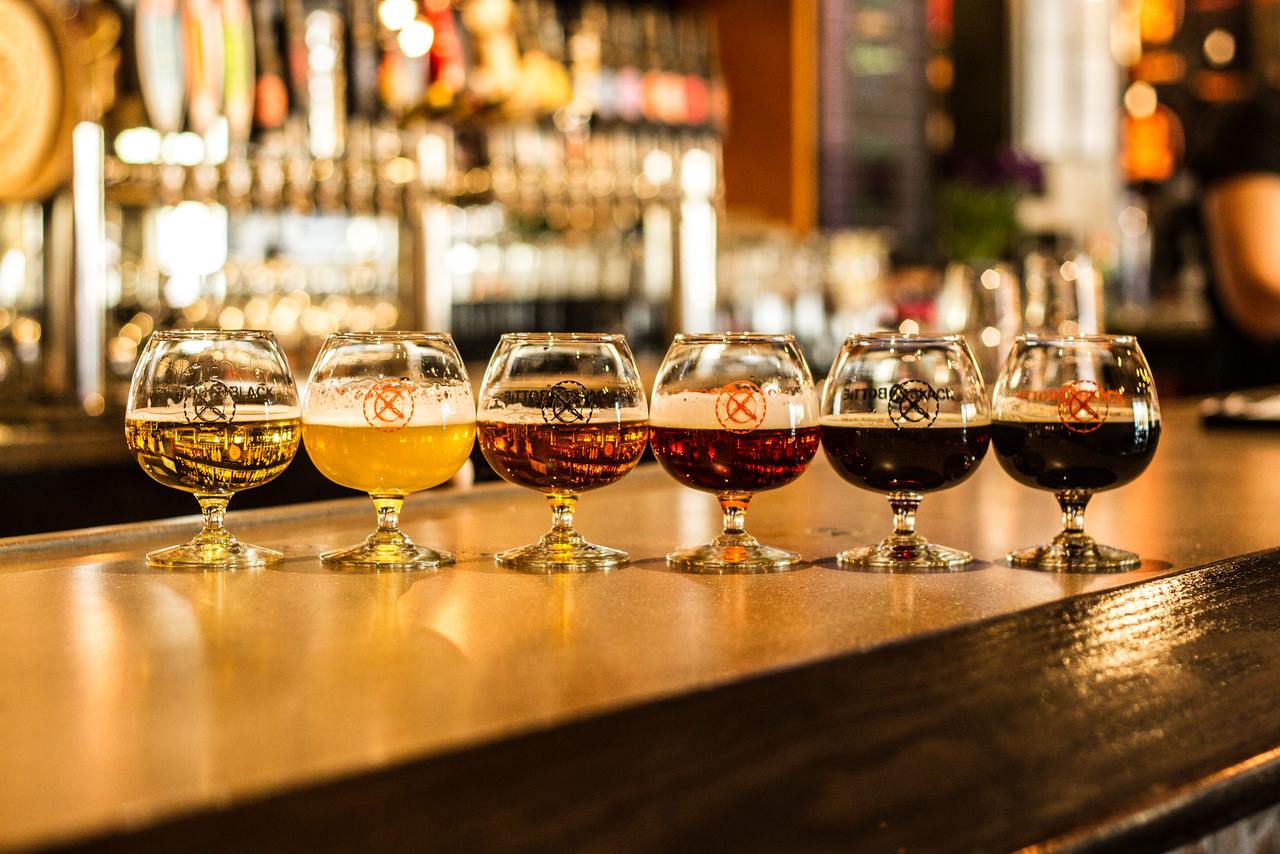 The Lowdown: Experience the Great American Beer Festival early with the official kickoff party featuring cold ones from breweries like Russian River, Wicked Weed, Black Bottle and many more. Get ready to taste rare and unusual beers while getting the chance to win prizes that have yet to be announced. For more information, visit Falling Rock’s website.

Recommended: Beers Made By Walking 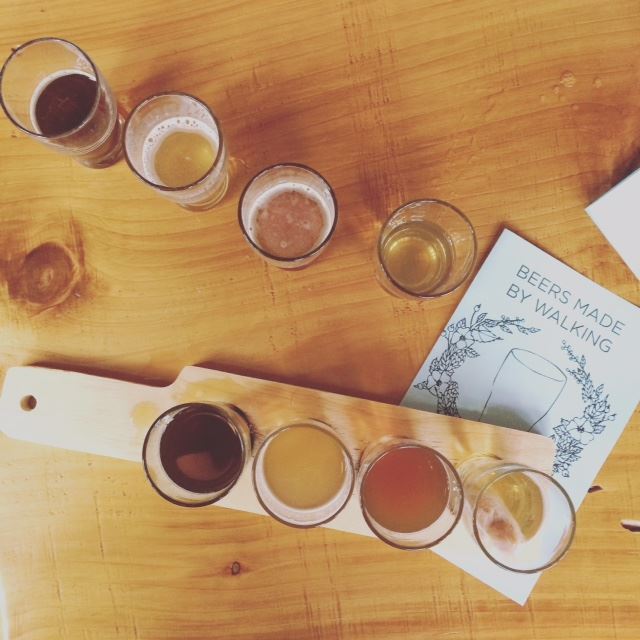 Photo courtesy of Beers Made by Walking on Facebook

The Lowdown: Local and national brewers are invited to create a nature hike-inspired beer for this event. Some participating breweries include Black Project and Great Divide, as well as Fonta Flora from North Carolina and Hopworks from Oregon. GABF-goers and beer fanatics alike are encouraged to taste these nature-inspired novelty beers.

Recommended: What The Funk?! 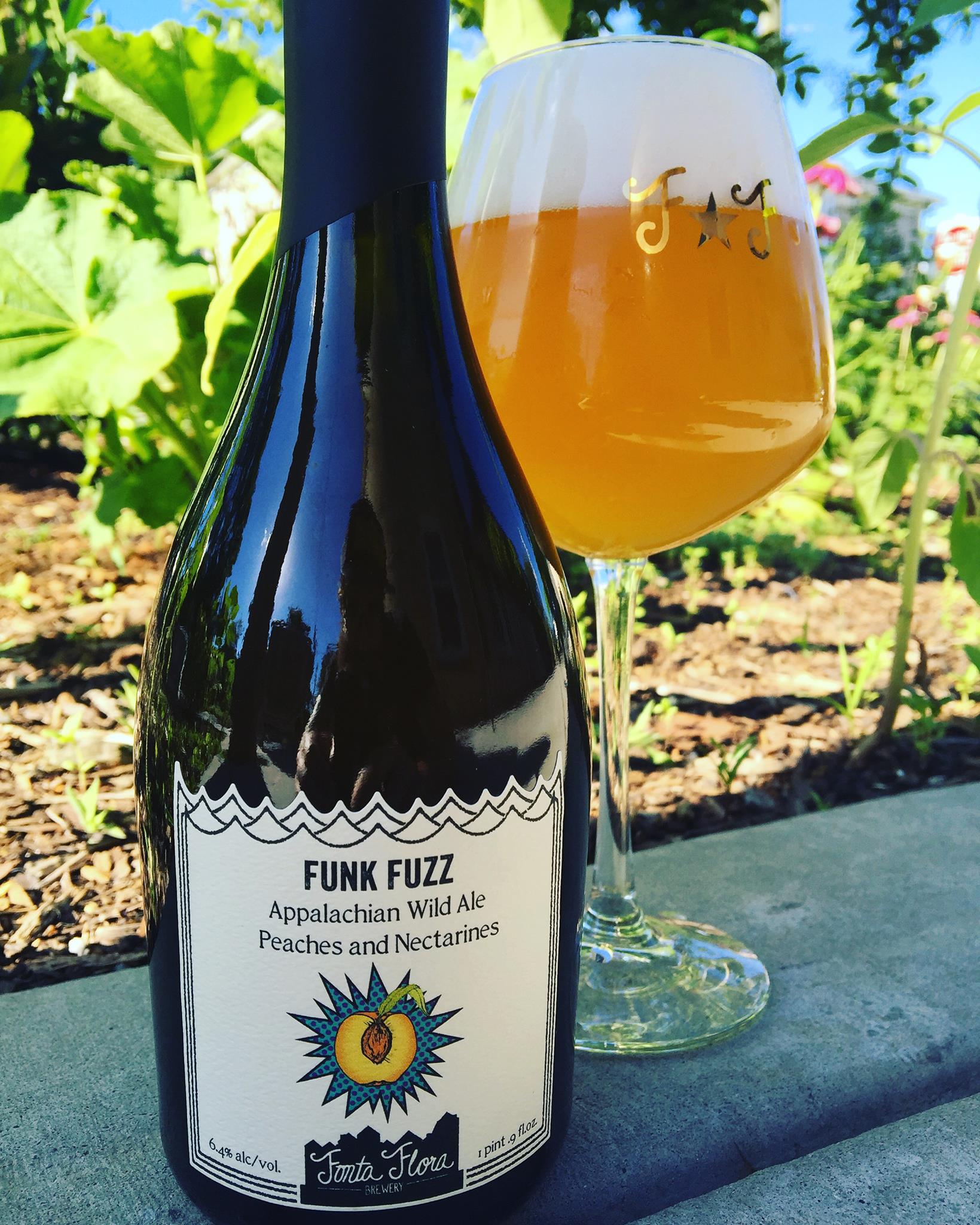 The Lowdown: For this pre-GABF event, agriculture will meet tradition. Sip on ales made by the experts of Fonta Flora Brewing, Scratch Brewing and Jester King Brewing at the Berkeley hotspot, The Way Back. Tickets are not required. 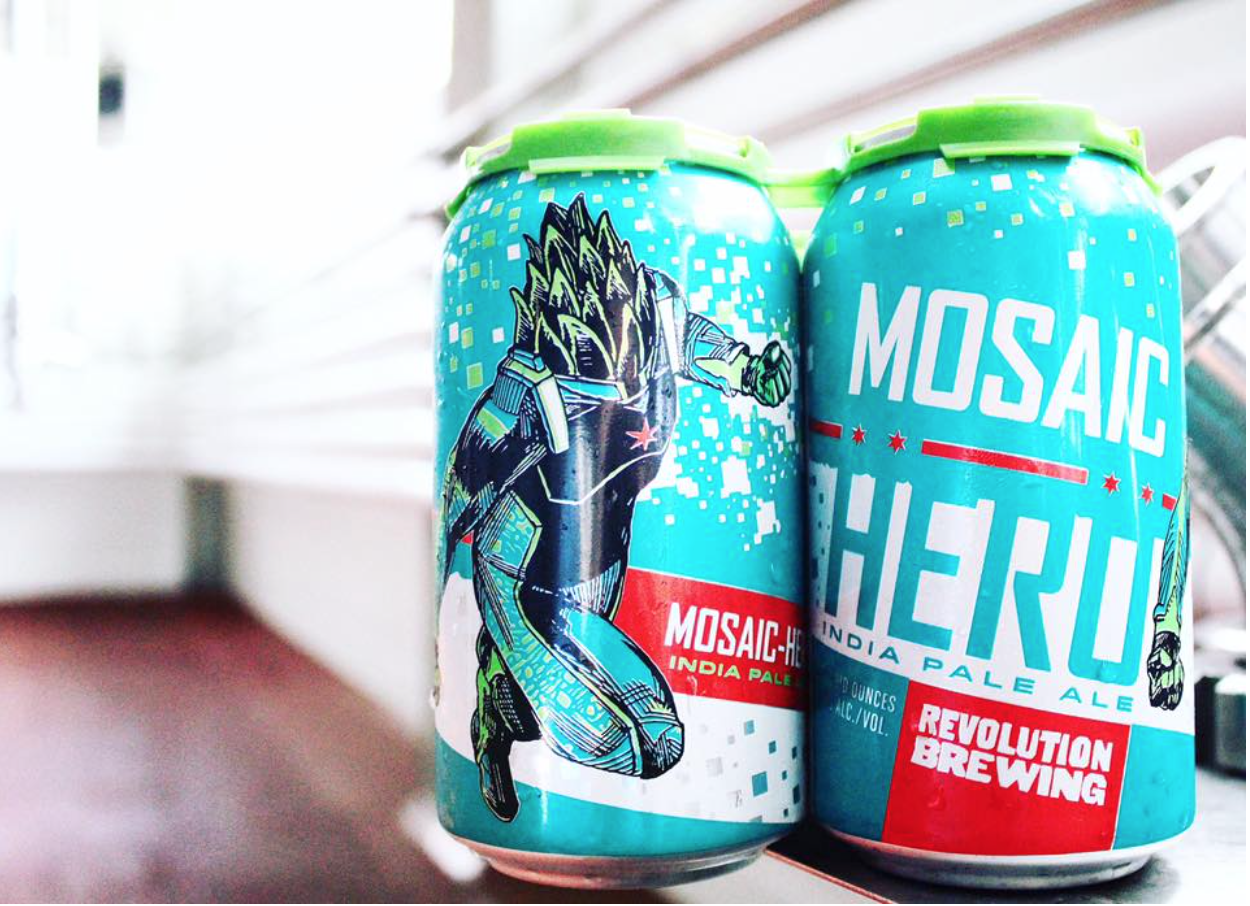 Where: The HiDive, 7 S. Broadway 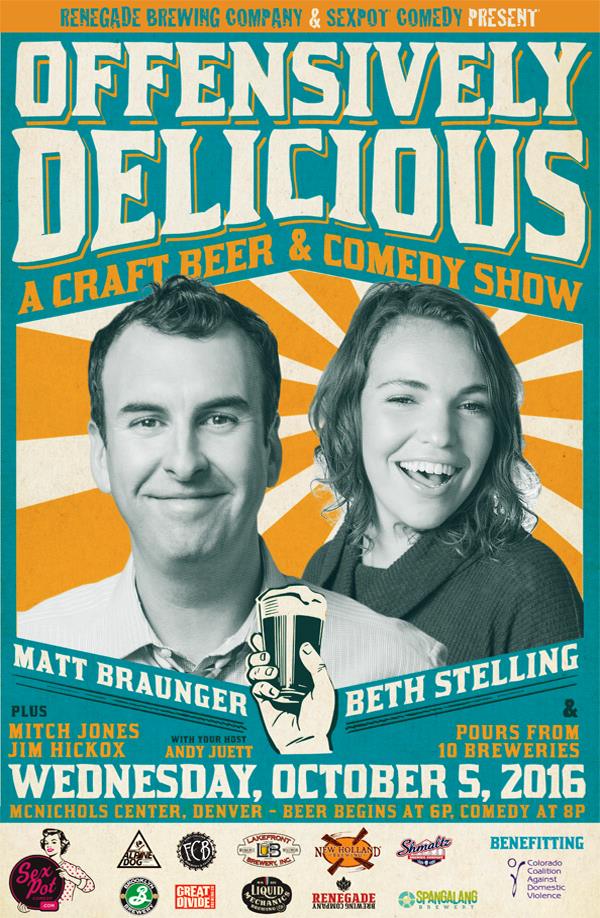 The Lowdown: Spend the evening laughing and drinking with 10 breweries and four comedians. The event begins with beer samples from Alpine Dog and Great Divide Brewing Company to get your initial buzz going. Brewers will then take the stage and perform stand-up comedy, followed by local and national comedians. Continue the comedy with headliners Beth Stelling and Matt Braungner. Offensively Delicious is a nonprofit fundraiser for the Colorado Coalition Against Domestic Violence. 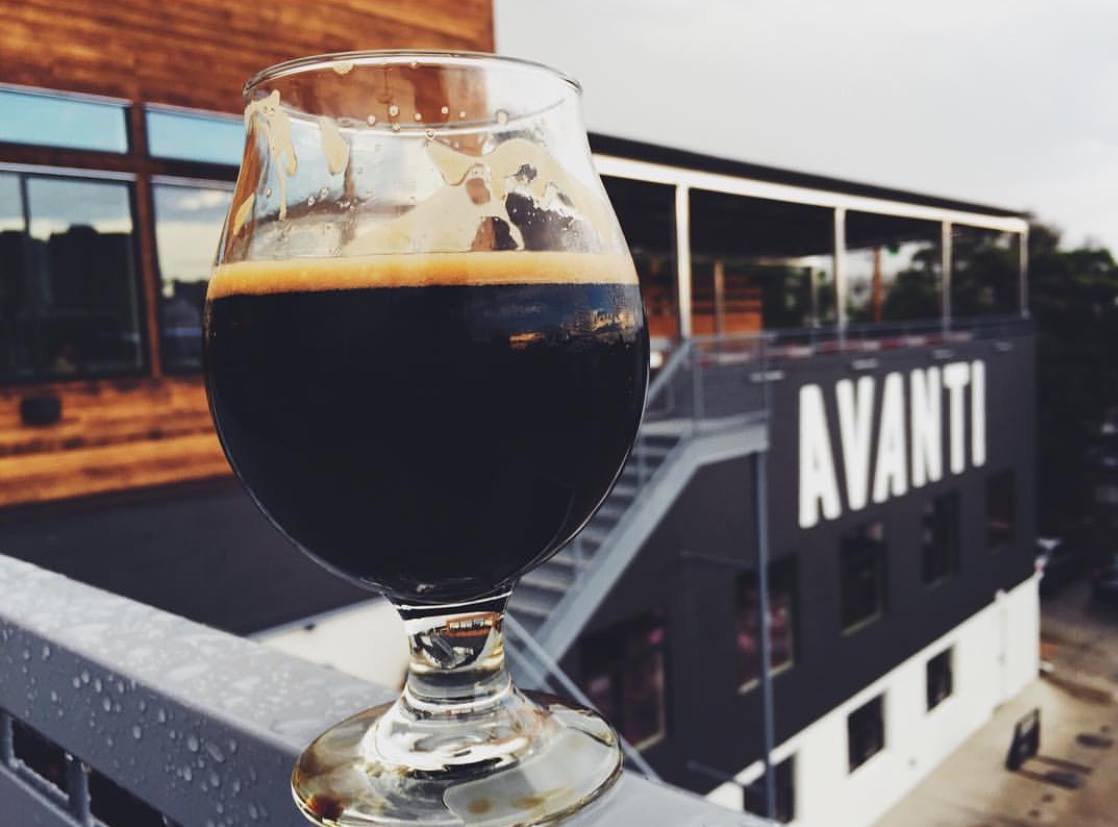 The Low Down: Spend 120 minutes at a GABF after party featuring beer icon Sam Calagione of Dogfish Head Beer. Sip on IPA flight samples from 2007, 2009 and 2011.

The Lowdown: Enjoy unlimited beer samples from 50 firkins while you wander through Epic brewery. Food and T-shirts will also be available for purchase. 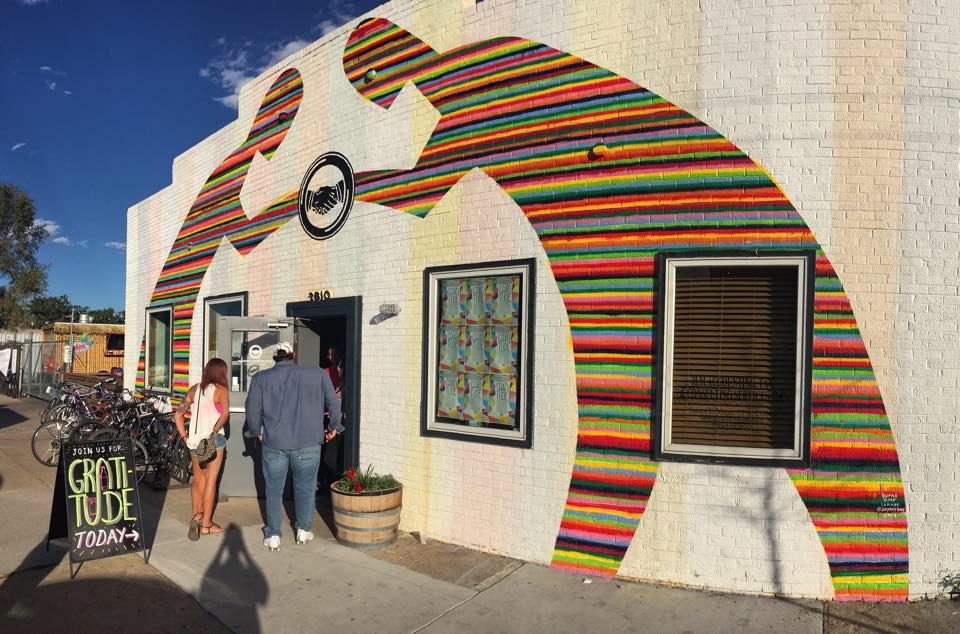 The Lowdown: Indulge in a seven-course meal filled with tasty delights like seared scallops, smashed potatoes with curry aioli, beef tartar and oysters from To the Wind Bistro. Each course will be paired with its own brew from either Odd13 or Our Mutual Friend. 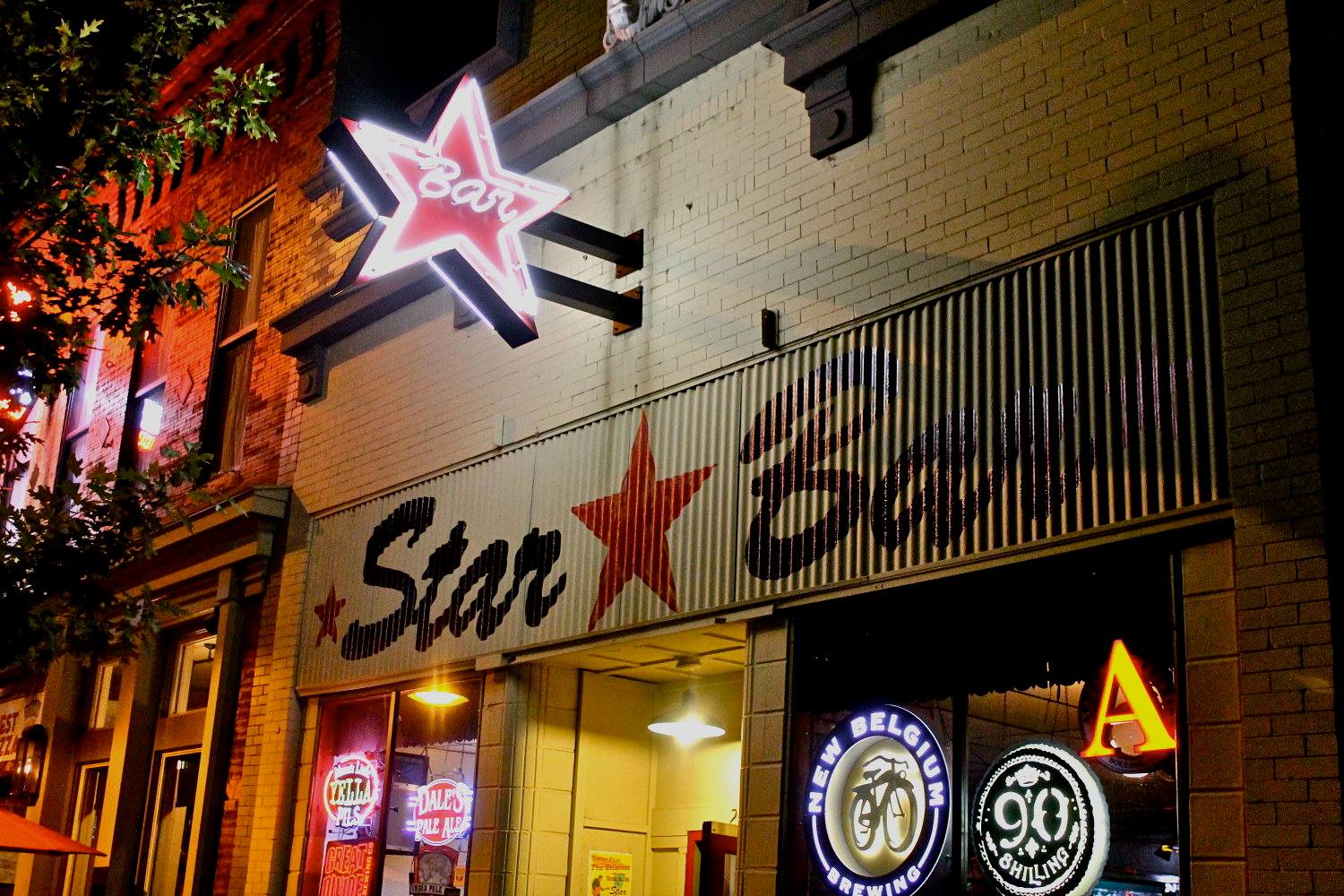 The Lowdown: Join Star Bar and Creature Comforts in enjoying a beer and toasting to GABF. Many delicious varieties of beer will be available from Other Half Brewing Company, Arizona Wilderness Brewing Co, 7venth Sun Brewing, Wicked Weed Brewing and Jester King Brewery. 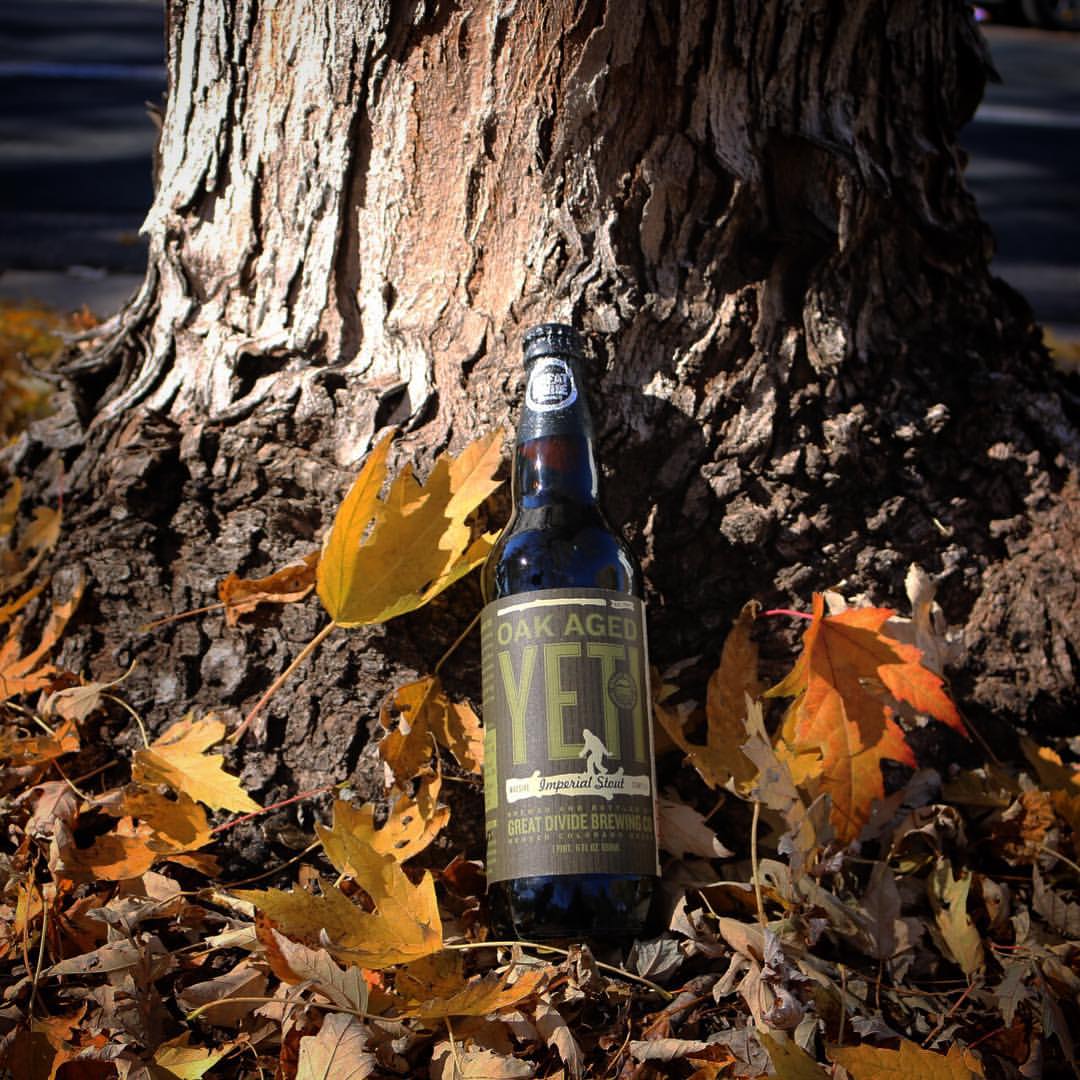 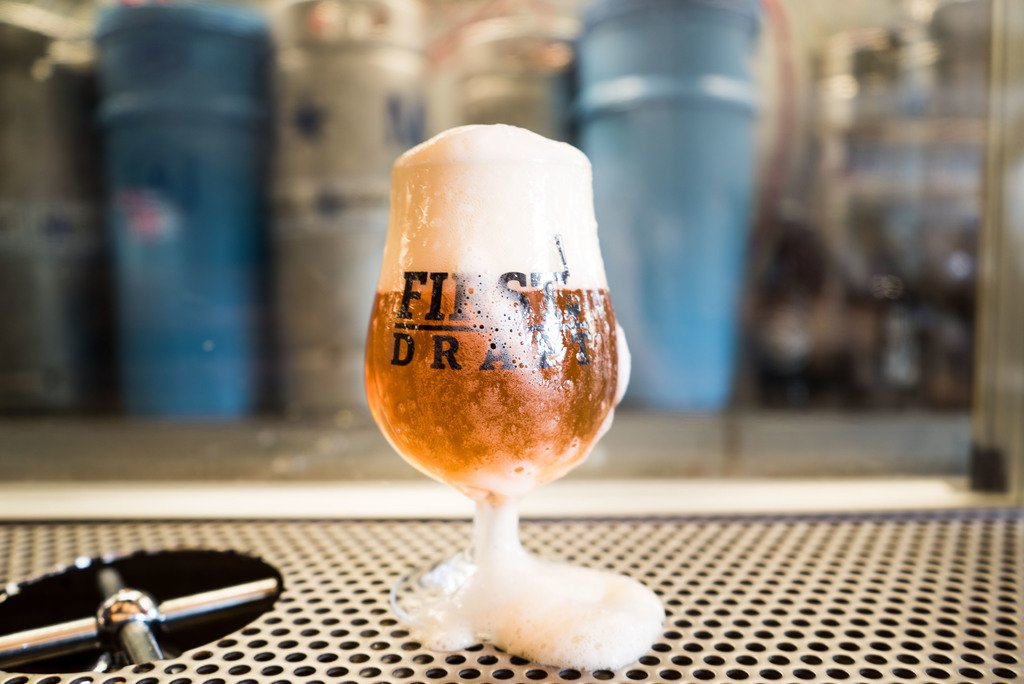 The Lowdown: Continue the GABF festivities with four 4oz pours from breweries like Jester King, Westbrook Avery Brewing Co. and many more. Ticket purchases include guaranteed attendance as well as six tokens for beer. Additional tokens will be available at the door for $2 each. 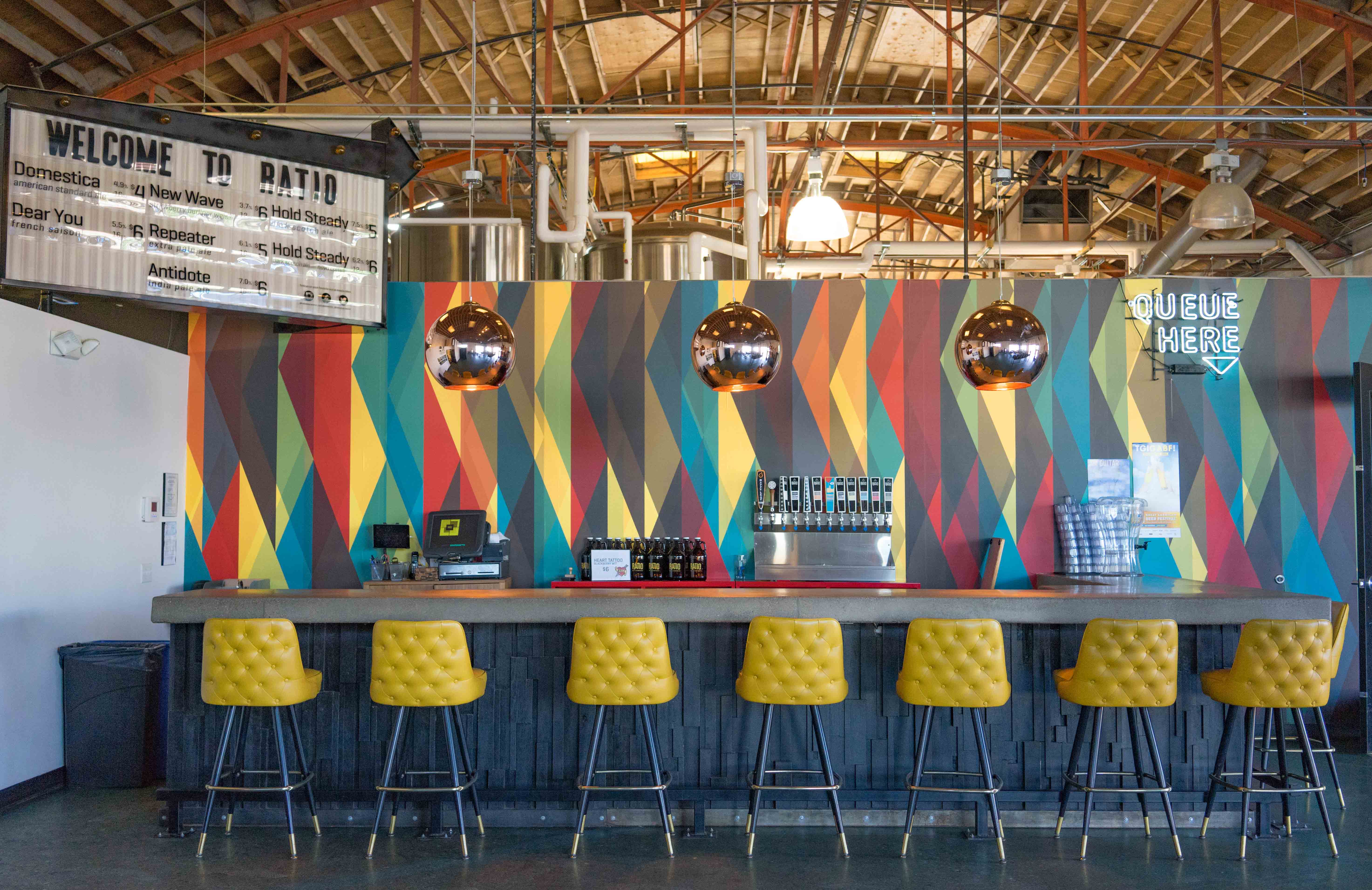 The Lowdown: The party isn’t over until you enjoy a few more beers and belt out your best karaoke. This event is open to the public, but earn a free Ratio Beerworks brew by bringing your brewers badge and signing up to sing a song. 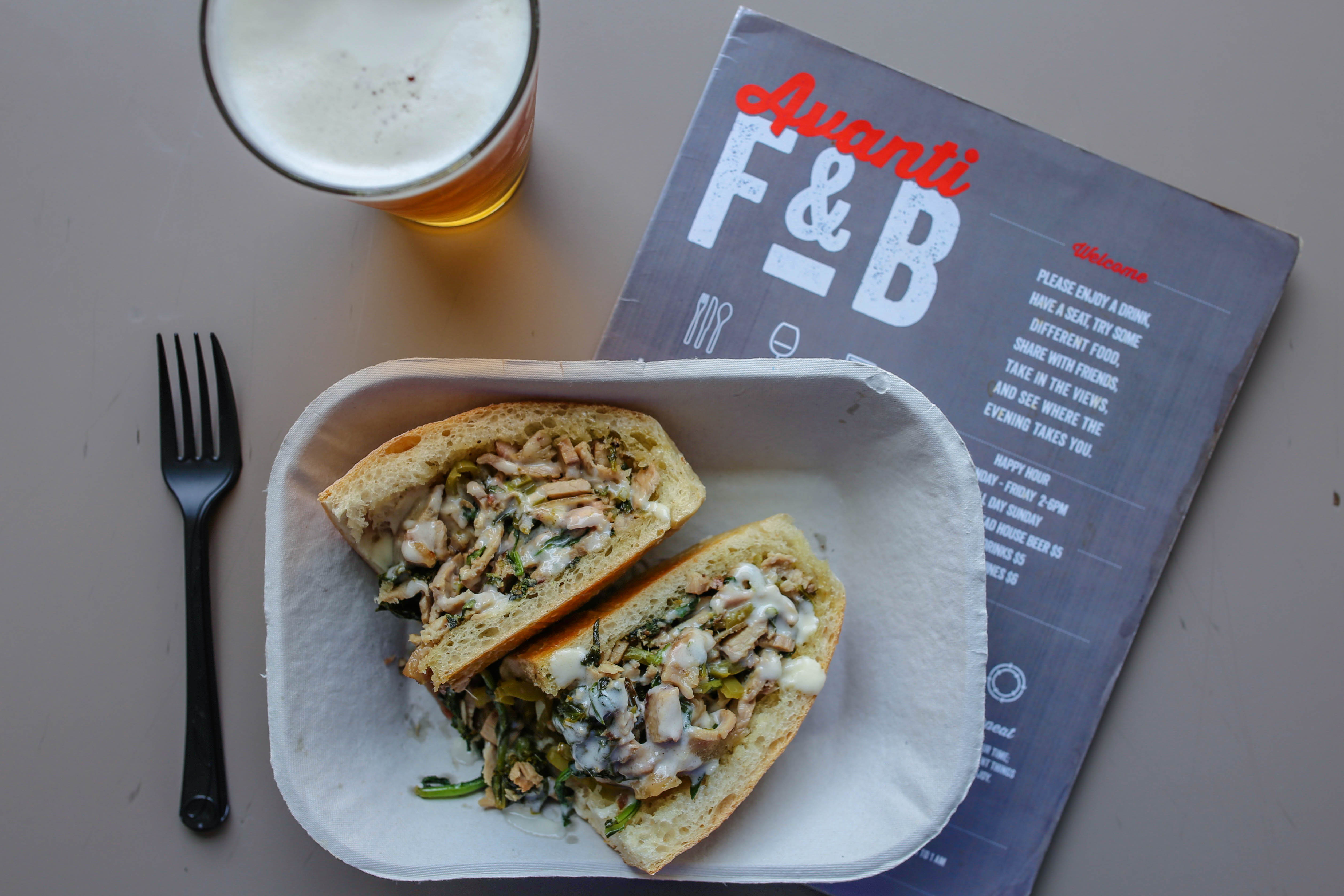 Pork sandwich at The Regional.

The Lowdown: Cure your GABF hangover at another party celebrating Avanti’s specialty Bloody Marys and mimosas. Cocktails will be priced for happy hour all day. 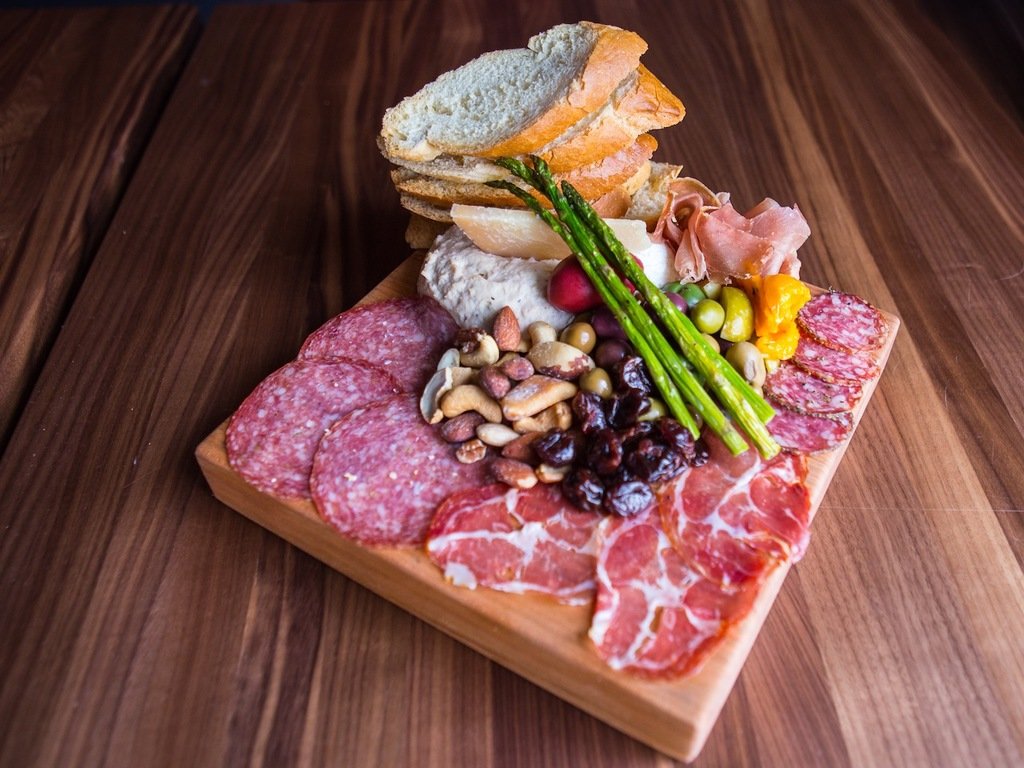 The Lowdown: Conclude this year’s Great American Beer Festival with an early brunch at this LoHi café. Menu items include grilled focaccia, smoked salmon along with Postino’s mimosas and white peach bellinis. If booze in the morning doesn’t sit well with you, fresh coffee and cucumber honey lemonade are also available. Either way, in no time you’ll be saying so long to your GABF hangover.