Avanti Food & Beverage has been the temporary residence and incubator for many successful fresh concepts, some coming from veterans in the restaurant industry and others from fresh faces attempting their first brick-and-mortar. Joining the line-up next week is Chow Morso, which literally means “large portions, small bites.”

After getting his start with Barolo over 22 years ago, owner Ryan Fletter hopes to bring an inspired take on Italian street fare to this new business venture. He began his career and love for the restaurant industry over 25 years ago — starting as a fresh 14-year-old working in the fast food industry, then becoming a sommelier and eventually the general manager for Barolo Grill. A year ago the previous owner of Barolo, Blair Taylor, sold his restaurant to Fletter, who at that point had been his GM for several years. 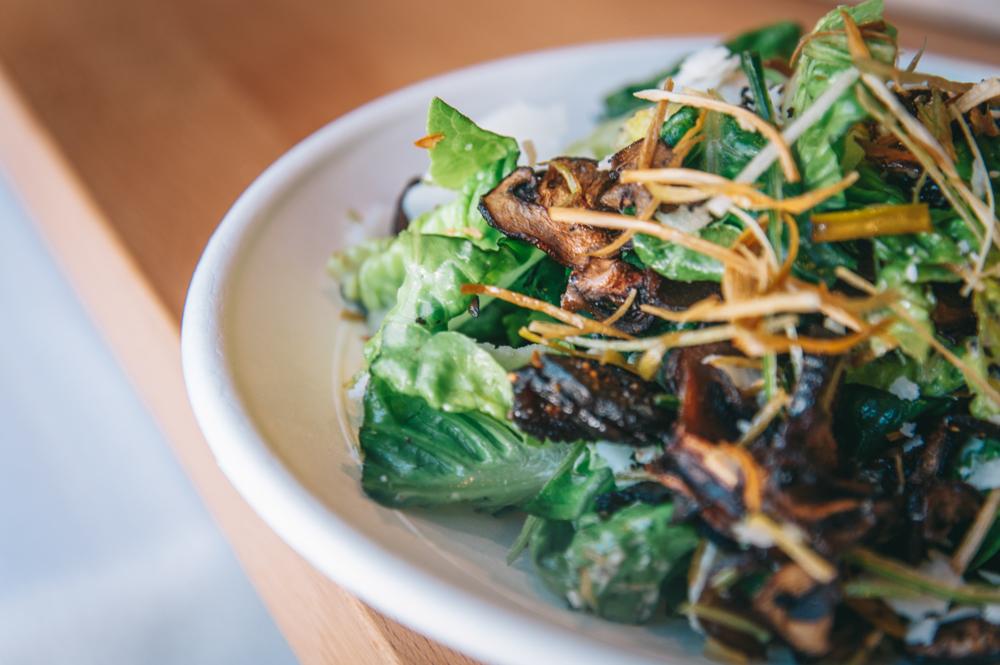 Chow Morso will be an entirely separate entity from Barolo with their focus solely on those who are looking for that quick delicious bite. They aim to share not only visually appealing dishes but also immediately accessible Italian street fare to the crowds that fill Avanti.

The idea for Chow Morso’s Italian street-style fare originally came from the ever-rotating amuse-bouche Barolo serves to its customers. Fletter, who speaks fluent Italian, takes his staff of 15 to Italy every July. During this excursion, they eat everything, understanding not only the way Italian food should taste but also appreciating the flavors and smells.

Chow Morso will feature many staple options you’d expect from an Italian food truck (without the wheels), from pasta to calamari and polenta-filled cones, all displayed in an easily accessible way. Rotating specials will highlight local ingredients inspired by each changing season. 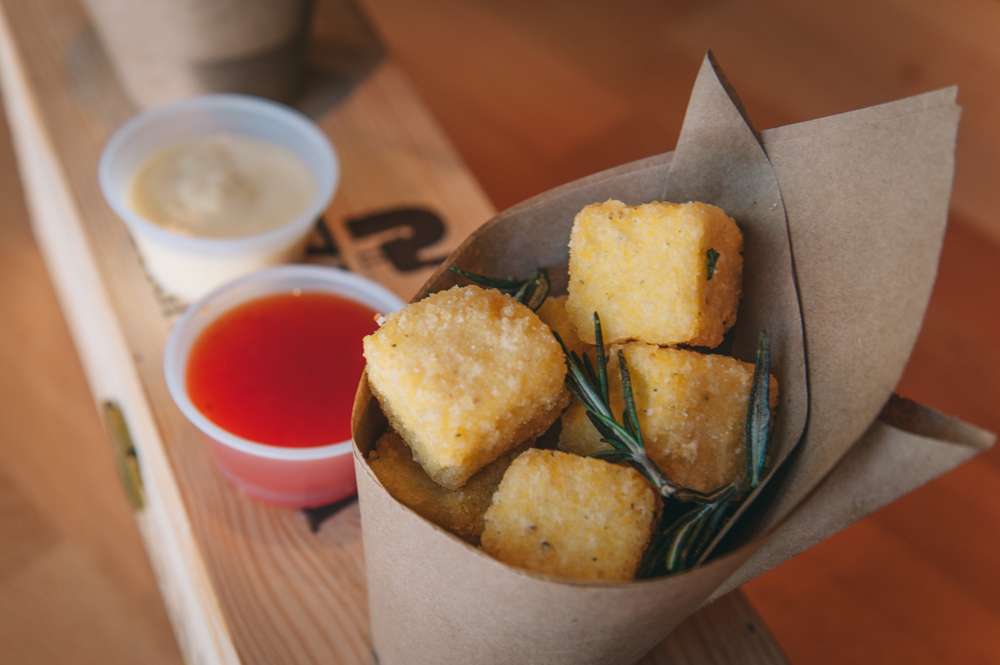 The polenta fries (chow $6 morso $4) are beautiful golden brown cubes of polenta served with a sweet pepper tuscan ketchup made from red bell peppers and served in a brown paper cone. Or you have the delicate and crisp fritto misto (chow $11 morso $6), which is lightly fried calamari and seasonal vegetables with a side of lemon aioli dipping sauce, also served in a paper cone. For groups of four or more, the cones will be displayed in old wine boxes. 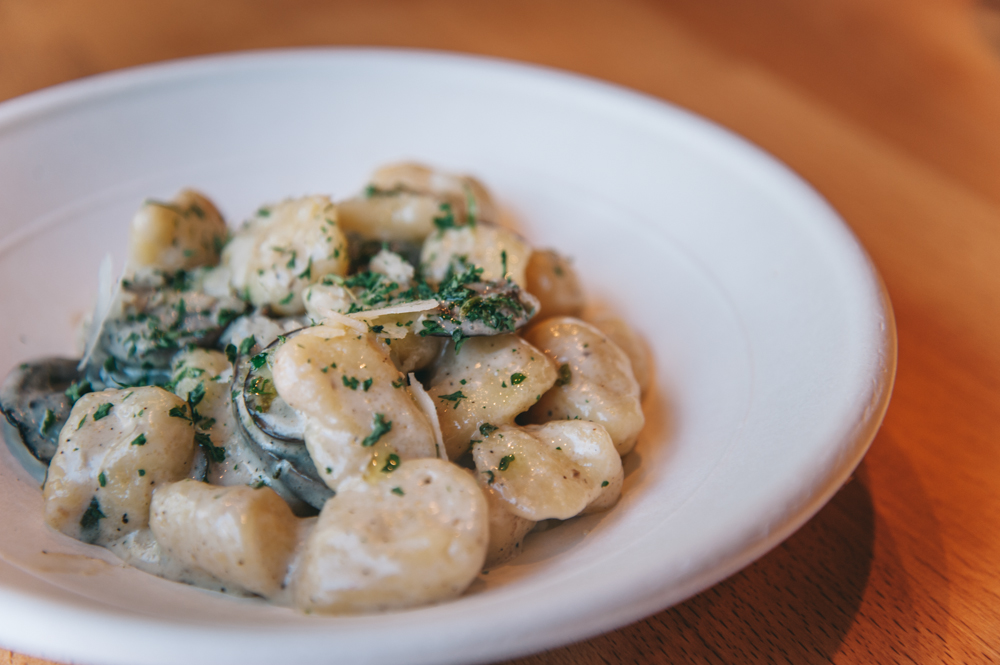 Gnochhi with a crimini mushroom sauce

The option to choose your pasta and the sauce that it’s smothered in is an undeniable star in this street-fare endeavor. The gnocchi with mushroom sauce (chow $12 morso $7) is the perfect combination of authentic, melt-in-your-mouth potato dumplings tossed in a rich crimini mushroom, garlic, shallot and cream sauce — giving Italy-made gnocchi a run for its money. Other fresh house-made pasta options include tagliatelle, rigatoni and polenta for the gluten intolerant. Pesto and bolognese join the list of sauce choices. 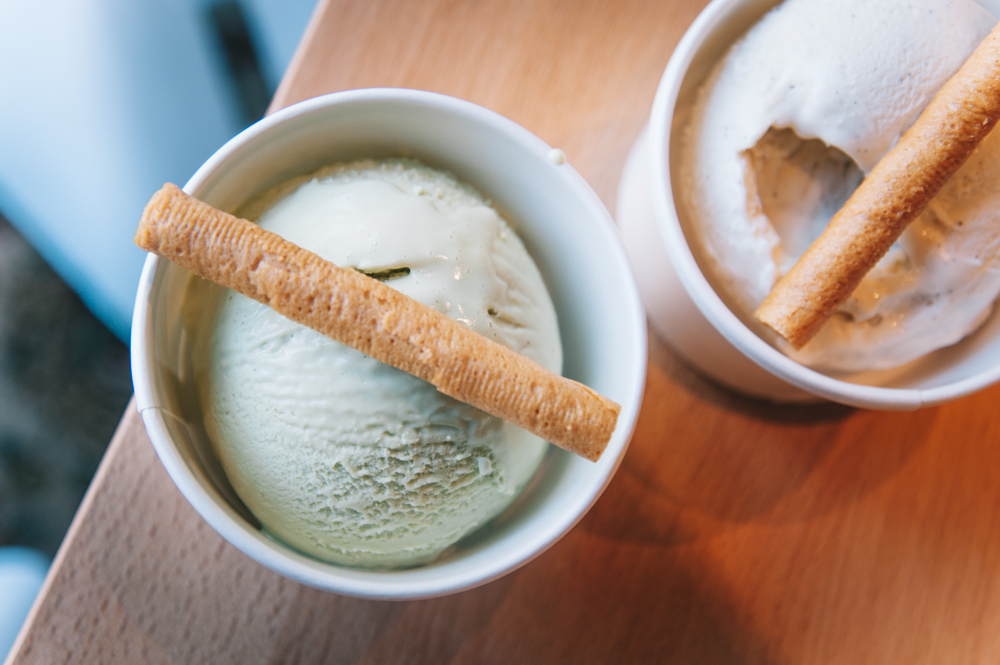 Finish with seasonally inspired gelato ($4) with flavors like pistachio and the vanilla staple flavor served with an Italian biscuit roll, known as a barquillos. Or try the sweet ending for the vegan, a biscotti ($3) dipped in a rich chocolate and also inspired by seasonal ingredients.

Like most that have tested their concepts out in Avanti in this last year, Fletter understands that this may all morph as things go and there needs to be a willingness and excitement to see how customers respond to what they’re serving up. One thing that holds true is Chow Morso is equipped with a knowledgable team that can really cook up some incredible and authentic Italian cuisine — the kind you think about months after that first bite. 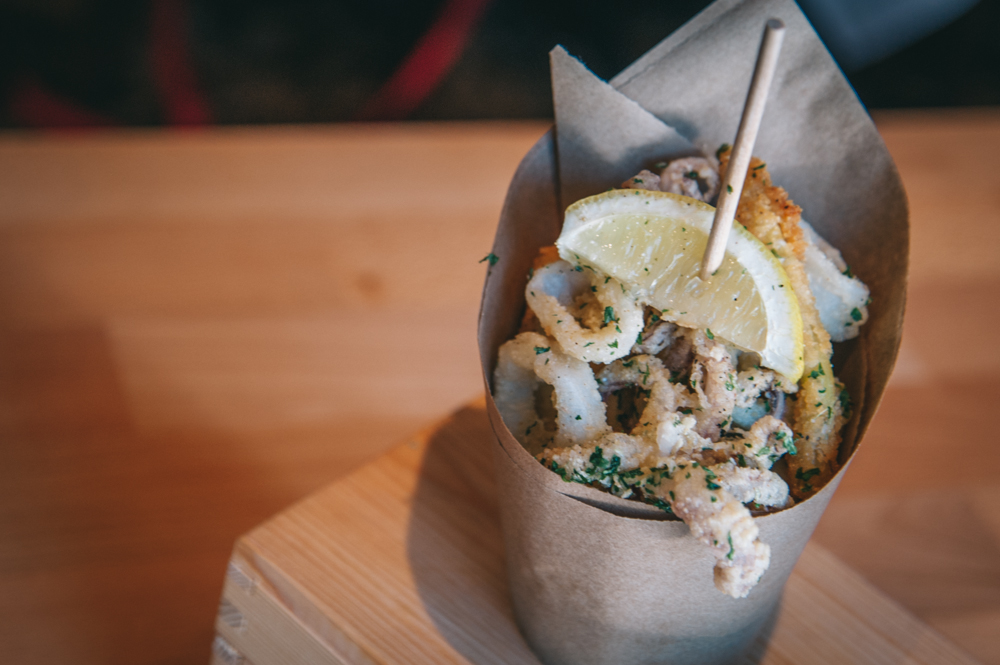 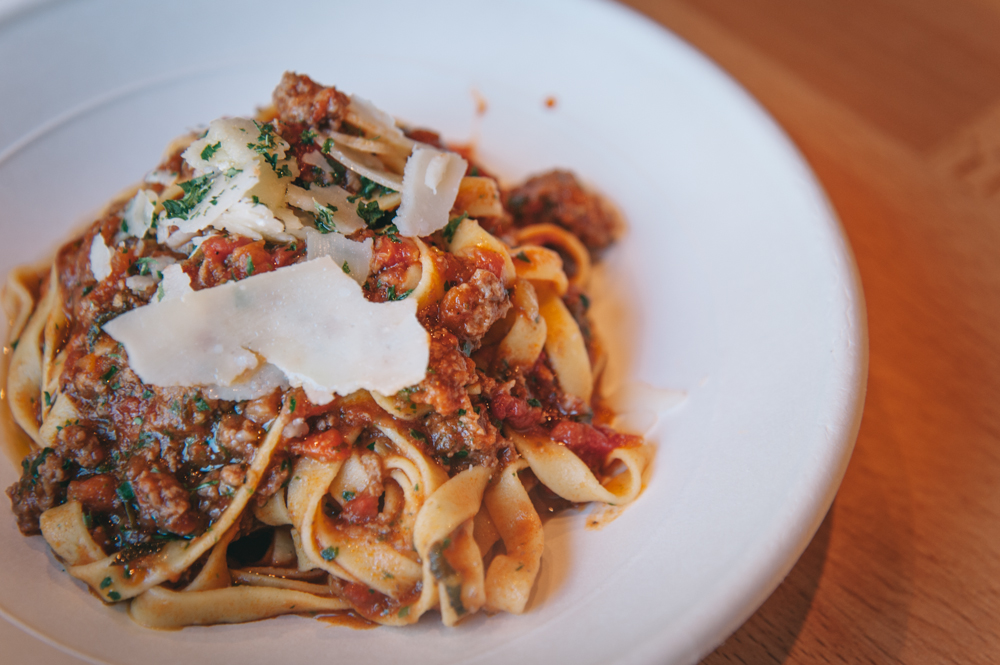 Tagliatelle pasta with a bolognese sauce 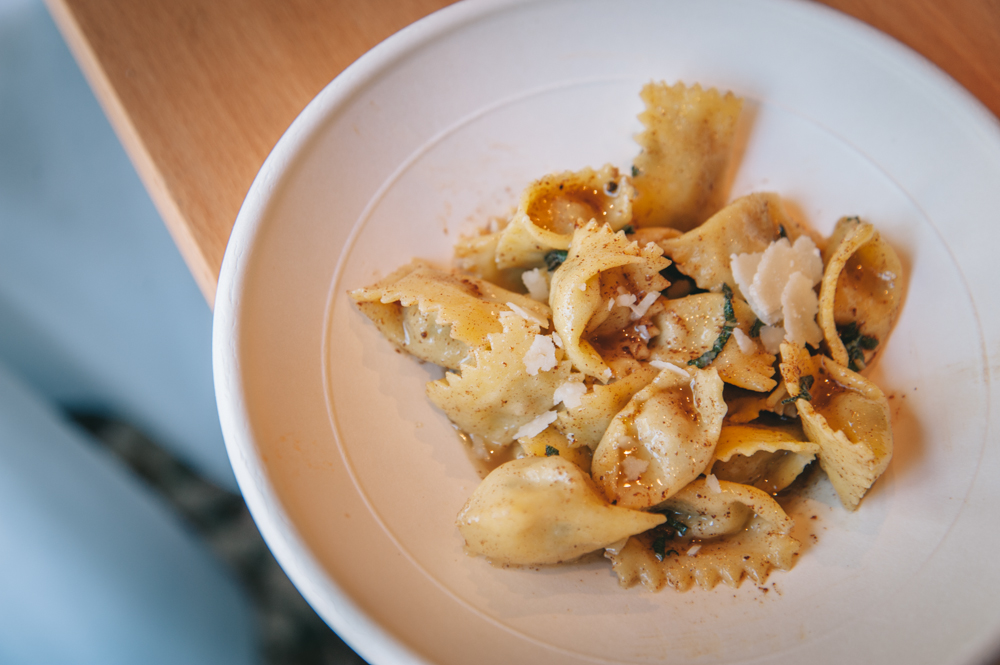