Former Future recently rebranded as Black Project, Colorado’s first brewery to specialize in spontaneous and wild ales. “With 70 breweries in Denver alone, we wanted to do something unique and different,” said owner Sarah Howat when asked about the isolated brewing focus. Howat and her husband, James, dove into the world of spontaneous ales back in 2014 as a personal project — one that continued to manifest itself until a few weeks ago, when they unveiled a new menu entirely dedicated to their passionate creation process. 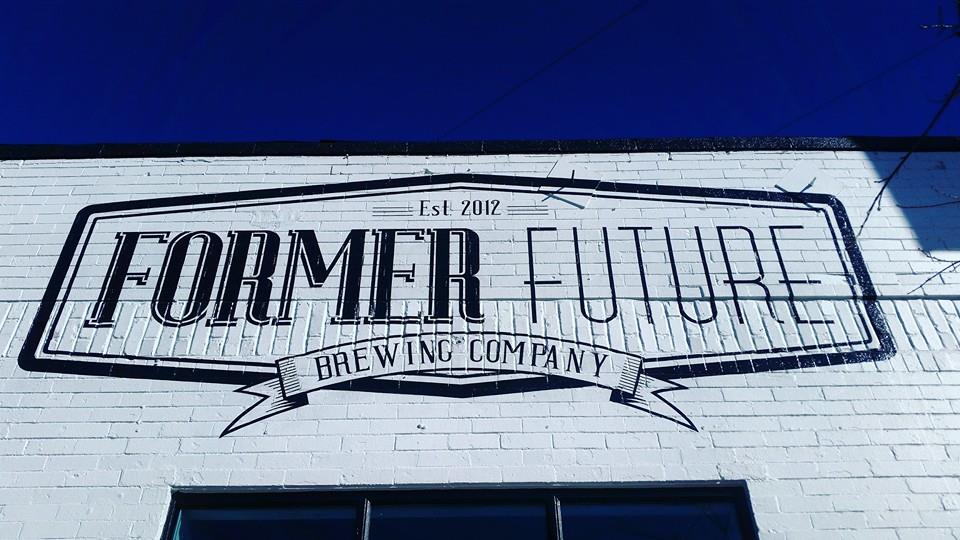 The Howats gained recognition for their signature sours long before they reopened under the title of Black Project, with their brewery ranking in the top 20 on the popular beer app Untappd. Sour beers certainly have aroused the wine and cider crowd lately, offering an audaciously distinct side of the hop and barley experience. Yet, Sarah and James elevate their sours to the next level with extreme DIY techniques. Rather than ordering yeast from a lab, Black Project capitalizes on mother nature’s bounty by collecting their own cultures. Sarah Howat paints a picture of the process.“With lab yeast it’s like cloning you a million times, but with wild yeast, we can clone the whole room, it becomes an entire ecosystem.” Up on the rooftop of the brewery, there is an open-air vessel called a koelship, or coolship, that collects yeast and microorganisms. This spontaneous fermentation inoculates the beer and sugars from the coolship in an entropic, natural process. Recently, the sour brewmaster couple even trekked into Buena Vista and Leadville, foraging berries for yeast designated to future batches. 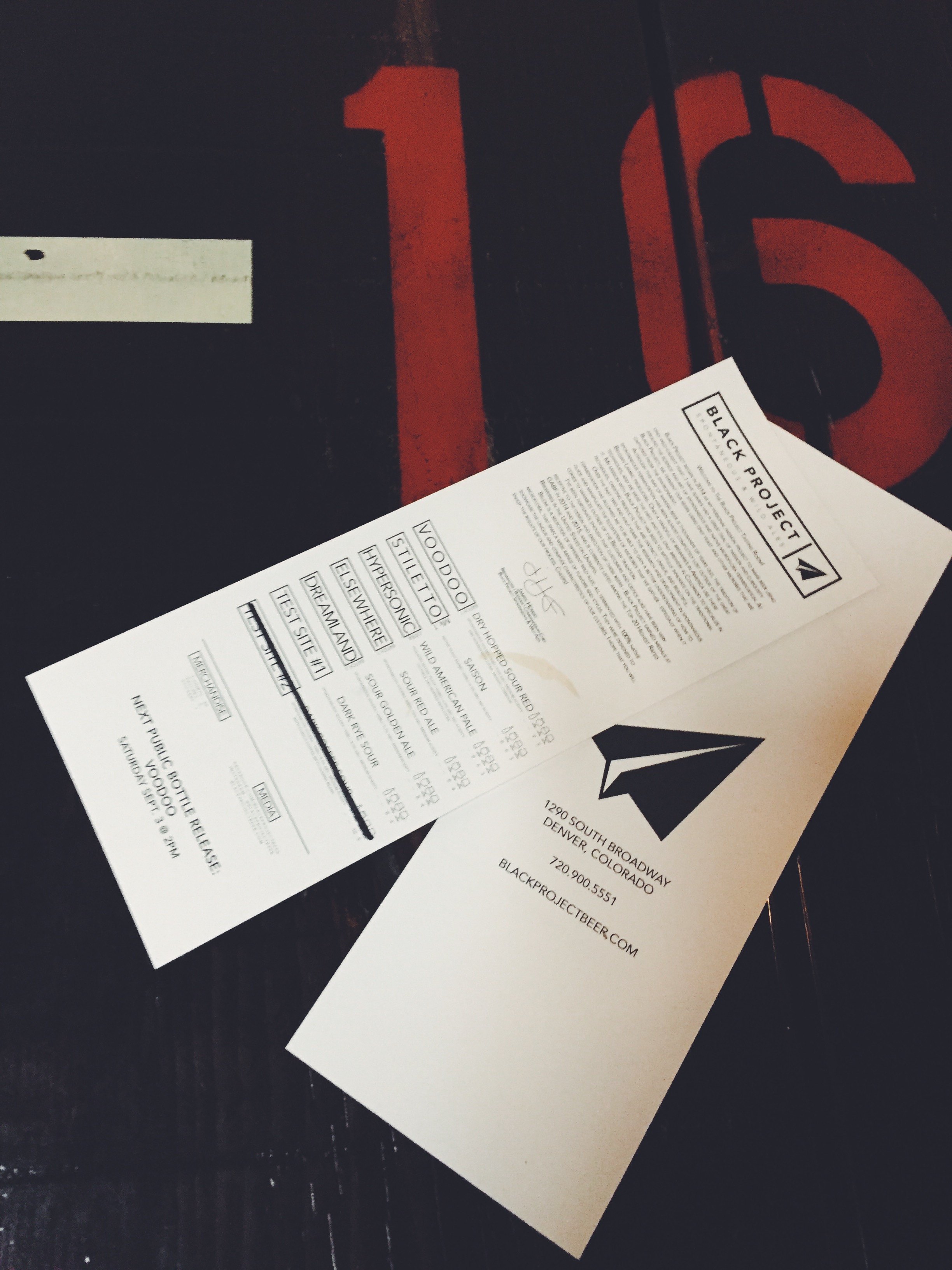 When you arrive at the test site of these sours, order a flight at the bar which is made out of airplane wings, a nod to their insignia of a paper jet. Emblazoned on the door and menu, this watermark seems to certify the Howat’s ingenious beer engineering, launching their taplist sky-high while leaving the norm back on the plains. Try all of the beers — sours and wilds alike are multidimensional masterpieces. The Voodoo stands out as the most remarkable in its unique character and unapologetic behavior. It’s a dry-hopped version of their Elsewhere sour red ale which uses the spontaneous microflora yeast culture collected in the coolship. The Elsewhere fermented, changed and evolved in a barrel for 8 months. While the Elsewhere and Voodoo would appear similar, the Voodoo is fiercely sour, corroborated by the Chinook, Mosaic and Citra hops. Traveling along your palate’s roller coaster, you’ll pucker as if sucking a warhead at the white wine notes complemented by an earthy and rustic profile. 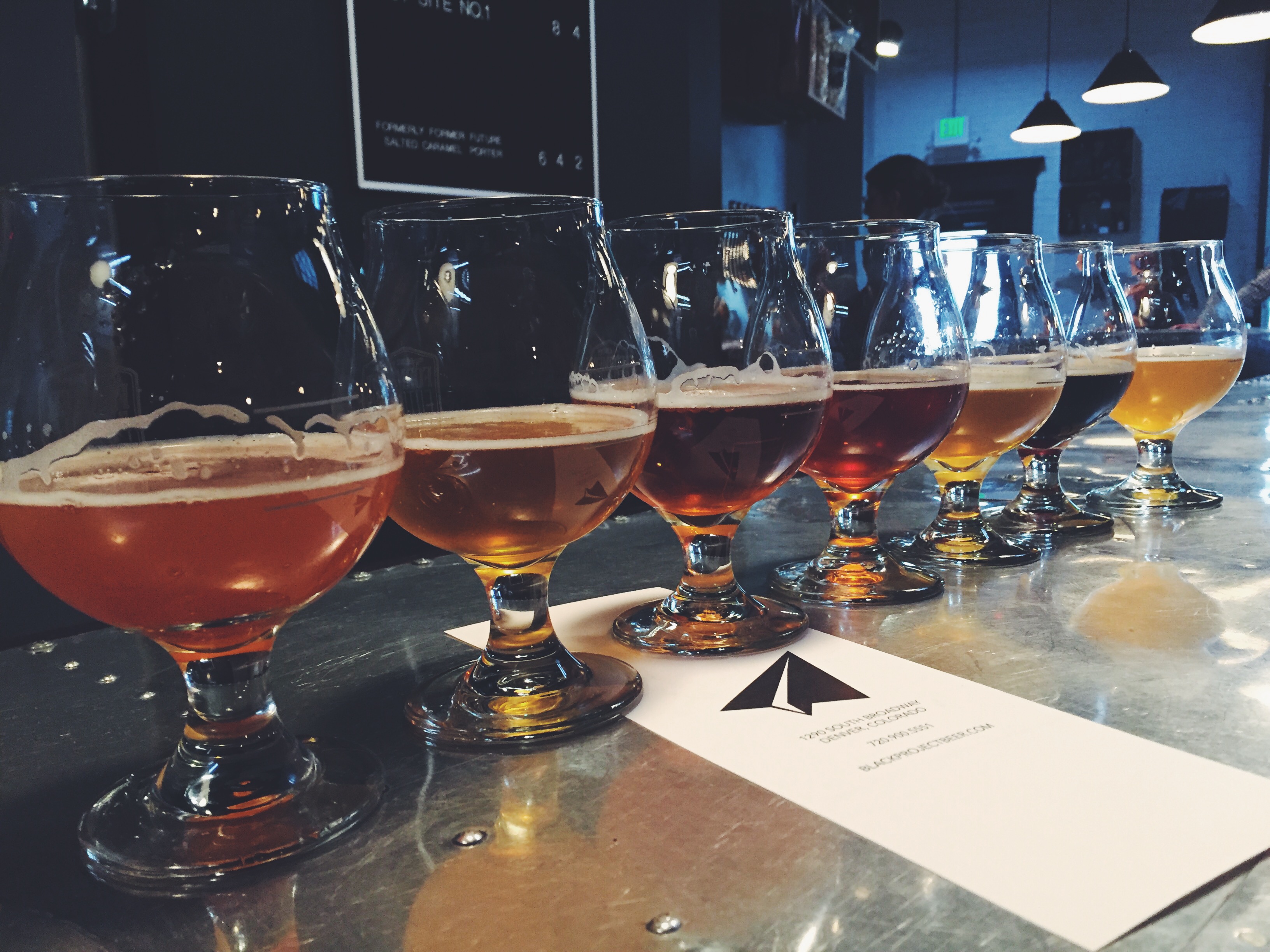 Quenched by Voodoo, you may want to settle into more familiar territory, but even their classics are brave and new. The Stiletto is a saison accessing yeast from a wild or spontaneous beer  and rinsing the culture of its souring bacteria. While your standard saison is quite sweet and simple, the Stiletto elevates with brave complexity, being organic on the nose and deliciously colorful to drink. They offered their Dreamland, a sour golden ale, in a small batch with sage. Black Project rotates micro specialties like the Dreamland Sage every few weeks. This brew was highlighted with woodsy and heady aromas reminiscent of a ceremonial house cleansing, yet the taste was very mellow for a sour. The sage seemed to cut into the acidity of the sour, making it more down to earth. Every beer was intriguing and courageous; Black Project’s merit is truly endless. Whether you’re a cider and wine savant or a beer fanatic, this little tap room on Broadway is quintessential to recognize on Denver’s flooded beer map.