For almost 70 years, the slopes of Winter Park were just a short train ride from downtown Denver’s Union Station. The train, as The New York Times described, was a tradition carved deep in the “psyche of Colorado’s winter landscape.”  It evoked the dream of the Rockies with a vision of an idealistic alpine culture before the time of the Interstate and never ending traffic jams.  But despite its undeniable nostalgia, in 2009 the route was closed due to dropping revenue and a  legal dispute between Amtrak and its then operators, Iowa Pacific Holdings, regarding liability insurance. 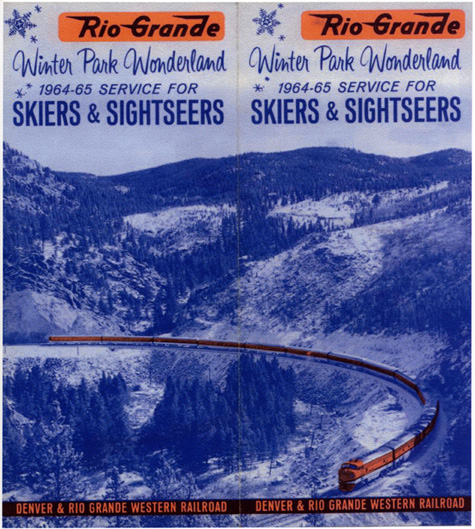 Now, on Wednesday, August 24, Amtrak and Winter Park resorts have announced plans for the 2017 season. The train proved its popularity last year when tickets went on sale during a two-day operation back in March of 2015. The announcement made headlines everywhere, resulting in an immediate selling out of tickets. Amtrak and Winter Park are scheduled to announce complete details of the return of the train tomorrow morning in Winter Park.

The press conference will unveil when tickets go on sale, schedules and fare. Check back here for updated information tomorrow morning.

[UPDATE: August 25 at 2:29 p.m.] The Winter Park Train will run from January 7 through March 26. Leaving from Union Station, the train will only run on Saturdays and Sundays with an additional round-trip on Martin Luther King Day and Presidents Day. Adult tickets start at $39 for one-way passage and go on sale at 8 a.m. Mountain Time on Tuesday, August 30. Up to two children tickets can be purchased for half the adult rate.  Go here for more details.