Review – Vic Mensa Steps Up As a Leader of Acceptance

Last week Vic Mensa put on a powerful, politically charged set for a packed out Lollapalooza crowd. Fueled by the socially conscious tracks like “16 Shots” and “Shades of Blue,” the show featured an incredible stage performance that included a cast of riot gear wearing police officers— who after revealing that they were all women, proceeded to have an on stage wedding in support of LGBT rights. The performance followed the premiere of a recently released Vic track called “Free Love”—another testament to the type of leader Vic Mensa can be for our generation.

Just two days after that legendary performance at Lollapalooza, Vic Mensa made his way out to Denver’s Bluebird Theater to follow up with another stellar performance. As a part of the 10-show Back With a Vengeance tour, Vic Mensa brought along fellow SaveMoney affiliate Joey Purp and Denver’s show was opened with hometown hip-hop duo Talent Among Us. The small venue feel that the Bluebird gives off is a perfect match for the electrifying energy of Vic Mensa and the show was a touching tribute to some important cultural issue that are close to Mensa’s heart. LGBT rights, Black Lives Matter, addiction and the crisis in Flint, MI — these are some of the touchiest subjects in the nation to speak on, and Vic Mensa uses his national platform to speak his mind. 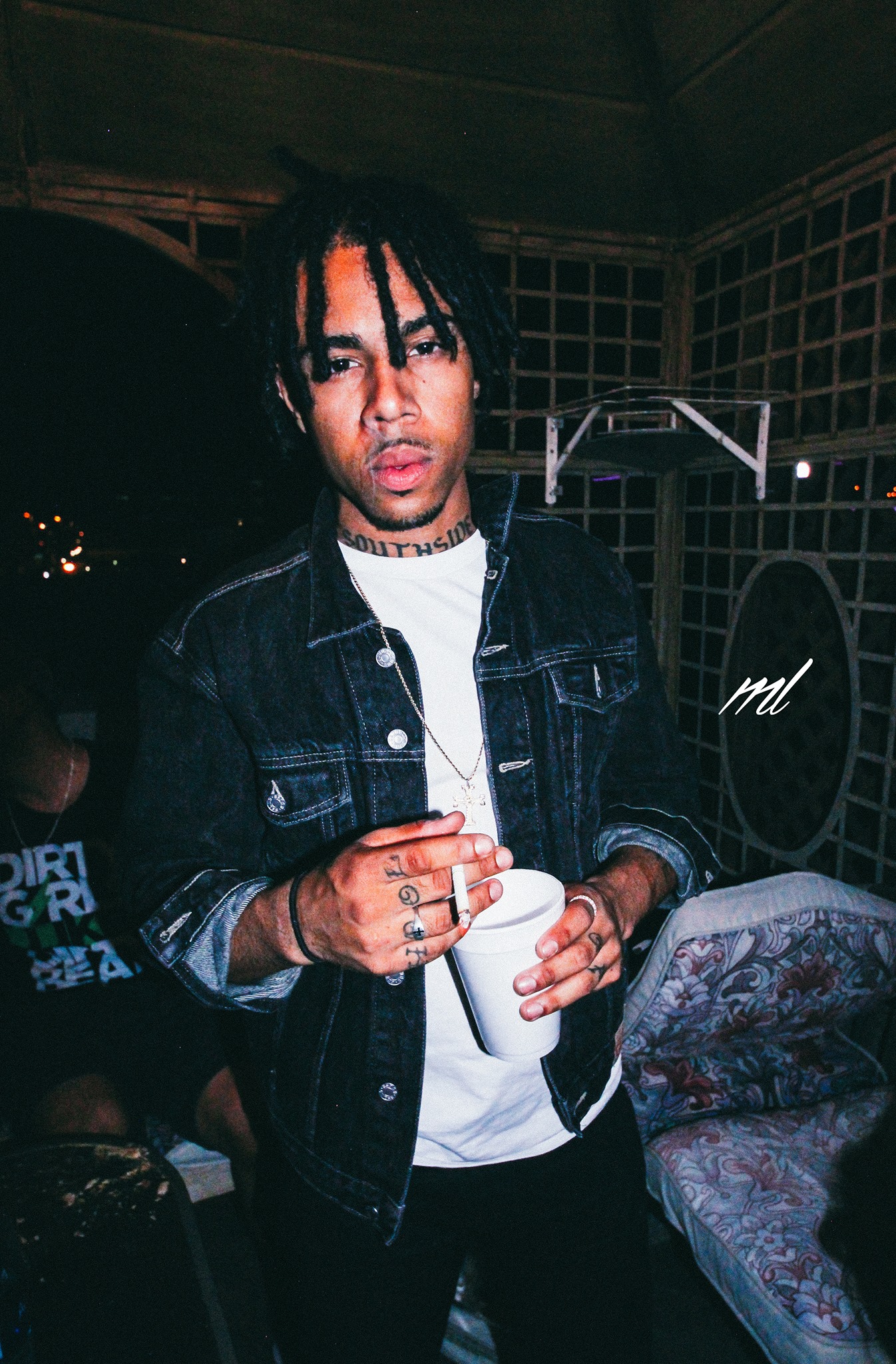 Vic Mensa at the afterparty in Denver

First out to the stage was Talent Among Us, a local hip-hop group that has been making some waves in the Denver hip-hop scene. After warming the crowd up with some tracks from their latest project By Any Means— the duo made the best of their opening set and definitely made an impression on some new fans. Tracks like “Still Lit” and “Everything” had some great crowd reactions, but the premiere of new music certainly cranked the vibe up a bit more.

Joey Purp hit the stage next to a welcoming crowd of screaming fans. Purp just recently released his latest project iiiDrops on May 27, 2016 and his set mostly consisted of tracks from that release. With a well maintained stage presence and excellent annunciation, Purp delivered his complex wordplay and aggressive flow without a hiccup—showing exactly why he is cited as the next big artist from the SaveMoney crew. The entire performance was well executed and highlights from the set included tracks like “Money & Bitches,” “Photobooth” and the Chance the Rapper assisted “Girls”— which loosened up the female energy in the crowd and put a smile on Joey Purp’s face. The set ended with “Irie Trill Vibes”— an insanely bass banging track from joey’s work as a part of Leather Corduroys. 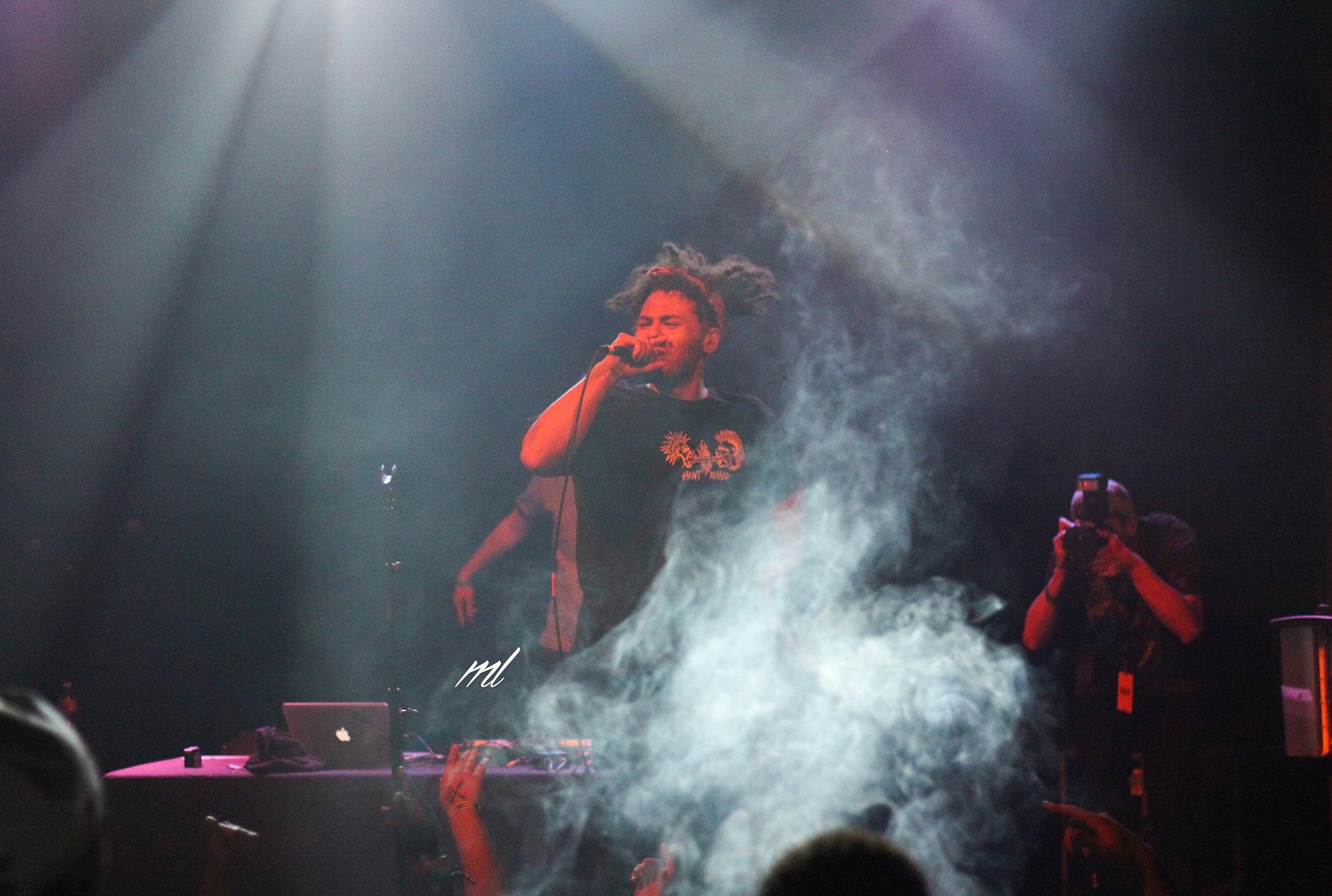 Joey Purp on stage at The Bluebird

With the small list of openers, the fans didn’t have to wait long to get their money’s worth as Vic Mensa started his highly anticipated stage setup–complete with a live guitar, six cardboard cutouts depicting police in riot gear and a ridiculously bright strobe light set up. The police cutouts lurked on stage as my eyes were being momentarily blinded by the strobe show—the crowd went nuts and started to really get going and comparisons to an actual police riot were starting to be made. The energy in the Bluebird was through the roof and Vic flawlessly ran through some of the opening tracks from his critically acclaimed latest project, There’s a Lot Going On EP. In “16 Shots”—an aggressive response to the tragic killing of Laquan McDonald, the final part of the song plays out a statement released from McDonald’s lawyer following his death—When the final gun shots ring out, Vic creatively acts as if he takes the bullets and dramatically falls to the ground as a tribute to the fallen Chicago Teen. 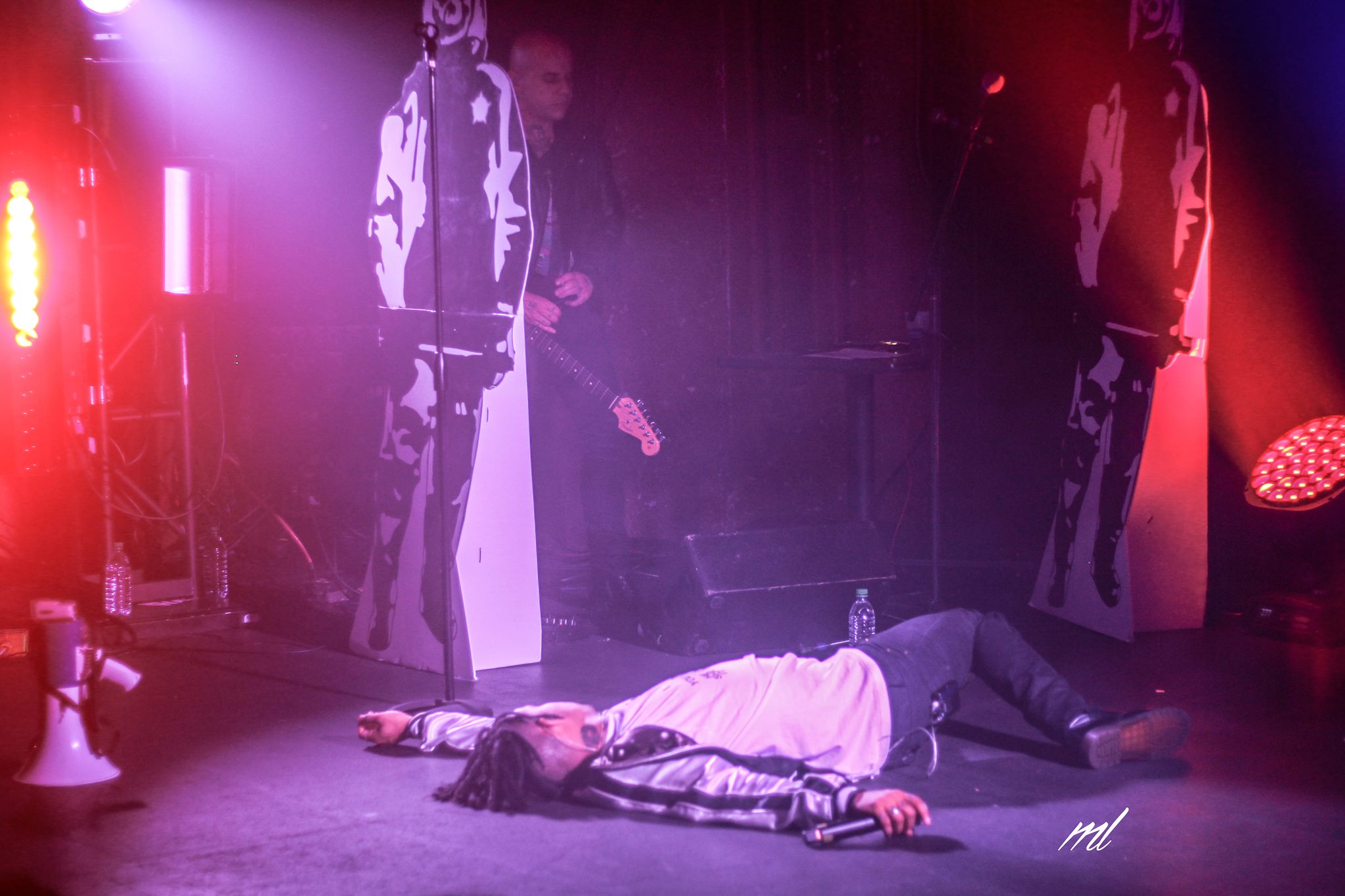 After recapping the crowd of his amazing performance at Lollapalooza, Vic dropped “Free Love”—a beautiful outcry of support to the LGBT community. The night continued from there with some explosions of turn up on “New Bae” and “Danger”, and Vic slowed it down a bit for some guitar assisted singing on “Liquor Locker.” Before performing “Shades of Blue,” Vic took another moment to speak his mind and delivered a heartfelt message to the victims affected in the Flint, MI water crisis.  As far as throwbacks go, Mensa hit longtime SaveMoney fans with a few older gems like “Cocoa Butter Kisses” and “Holy Holy”—which clearly resonated well with the fans in the crowd. The night was capped off by an emotional performance of the EP’s title track, “There’s A Lot Going On,” a track in which Vic bares his soul and airs out some of his darkest demons. As with any rapper trying to leave the stage on the first go, cheers of encore bombarded the theater and Vic gracefully returned to the stage, inviting Joey Purp back up for a performance of a brand new unreleased track from the two. 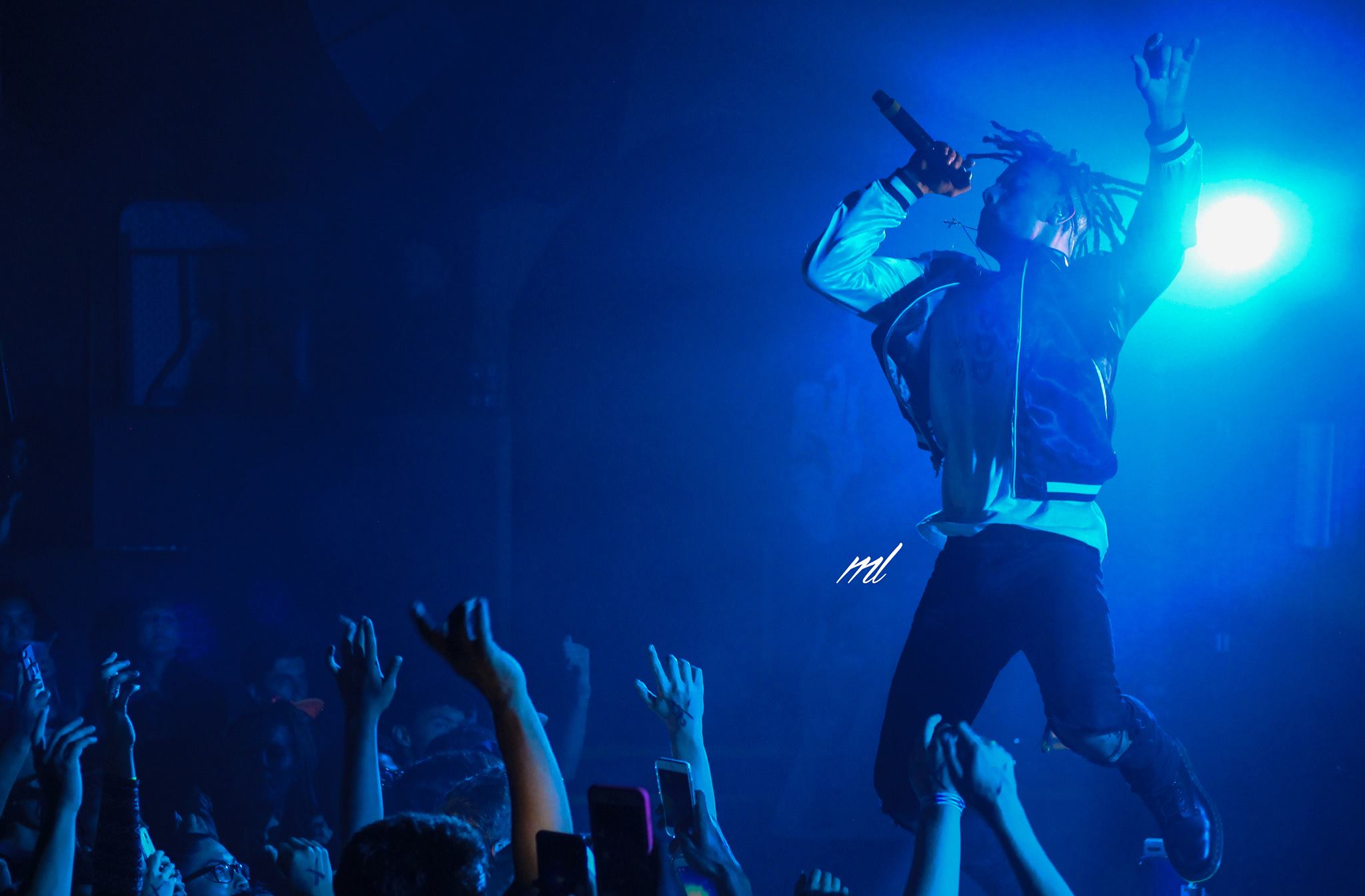 Vic Mensa at The Bluebird Theater

Vic is an artist and his craftsmanship shines bright through his performance. With impeccable stage presence and control, he knows how to command a crowd and really set the vibe to anything he wants. Mensa definitely came back to Denver with a vengeance and to anyone who missed it this time around, stop sleeping on Vic Mensa. At the young age of 23, he already has a dedicated fan base and a huge deal with Roc Nation. The future seems extremely bright for the up and coming Chicago emcee.