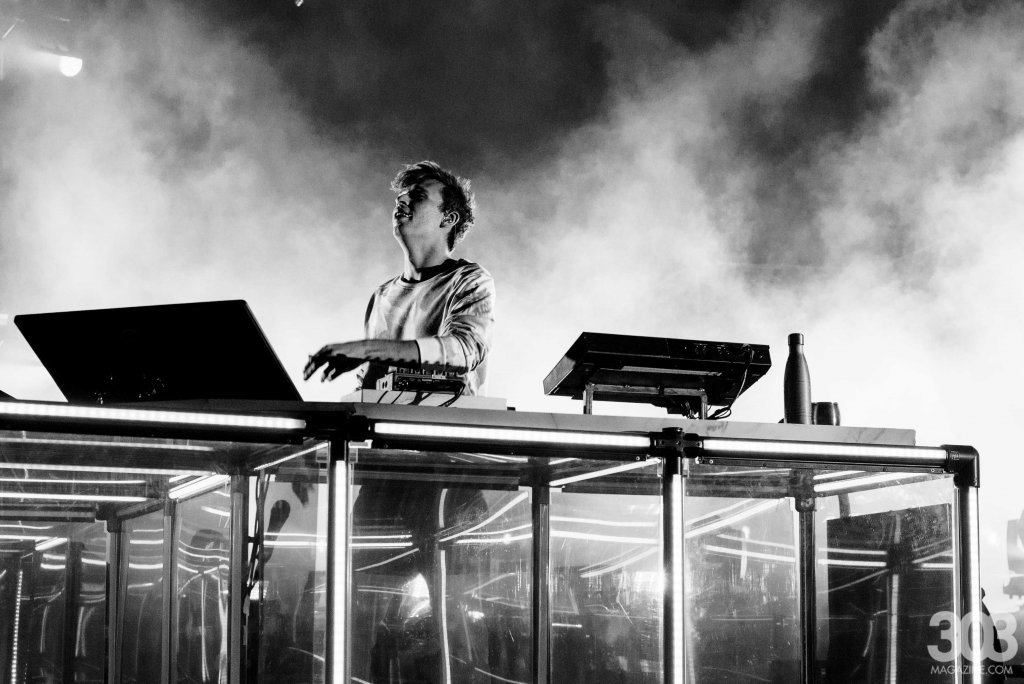 Electronic music in this day and age has strayed far from the early years of your basic “untz, untz” beat, controlled in a repetitive tempo by a DJ. Turning into quite the art form, electronic musicians are constantly creating music that no one has heard before. However, with so many of these artists popping up every day, it is easy to be fooled by imitators, those whose critics will say are just “pressing play” and dancing along with the crowd. Last Thursday, August 18, 2016, Red Rocks brought on the antithesis of those imitators, one of the first shows to sell out this summer, the Australian born Harley Streten, aka Flume.

By the week of the show, tickets for this highly anticipated Red Rocks premier were going for over $120 on craigslist, clearly Flume’s latest album Skin, released in May, has been well received by listeners. Like many first time headlining shows at Red Rocks, the energy of the parking lot was high, many people you spoke to had never even seen Flume live, other than the small crowd who saw his Westword Music Showcase set in downtown Denver last summer. So most of the excitement for the show that night had only stemmed from Flume’s massively successful two albums.

The show began with three openers that shared Flume’s modern ultra-artistic qualities and ways of making music, featuring HWLS, Chrome Sparks and Vince Staples. At around 9:45 p.m., a cubicle looking stage was set and ready for yet another historic night on the Rocks. Flume came out the same way his latest album does, with an epic build and drop track called Helix. After that, he turned on the microphone and expressed immense gratitude for what he called the highlight of his North American tour.

“I don’t know if you guys can see, but this is champagne in this glass!” 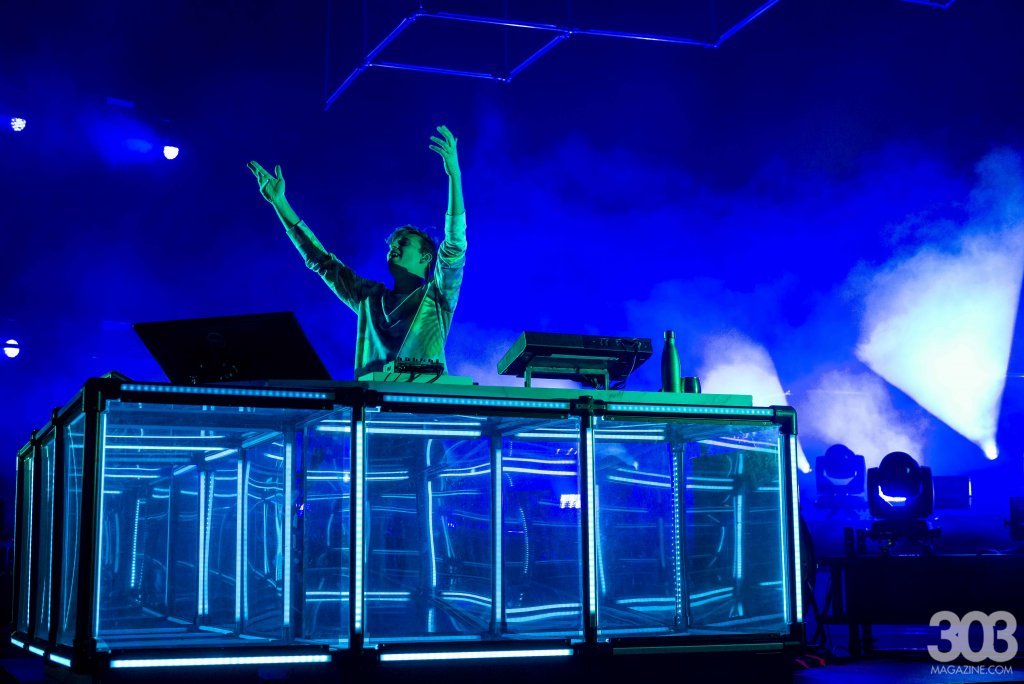 The show continued first with old hits from his first self-titled album, like “Holdin On” and “On Top,” transitioning perfectly into the even more refined sounds of Skin, with tracks such as “Wall F**k” and “Lose It.” The sonic aura of each song seemed made to be played at night, glitchy synths combined with eccentric drums to create feelings of dancing in space. The night wouldn’t be complete without Flume’s immensely popular remix of Lorde’s “Tennis Court” and his fresh radio hit “Never Be Like You” featuring Kai. Although it was a relatively short set, Flume gave the crowd what they wanted and ended on a huge encore with one of the songs that rose Flume to fame, his remix of Disclosure’s “You & Me.”

If you missed this one we have a gallery of the night right here, and I would not be surprised to find Flume coming back to Red Rock next summer. 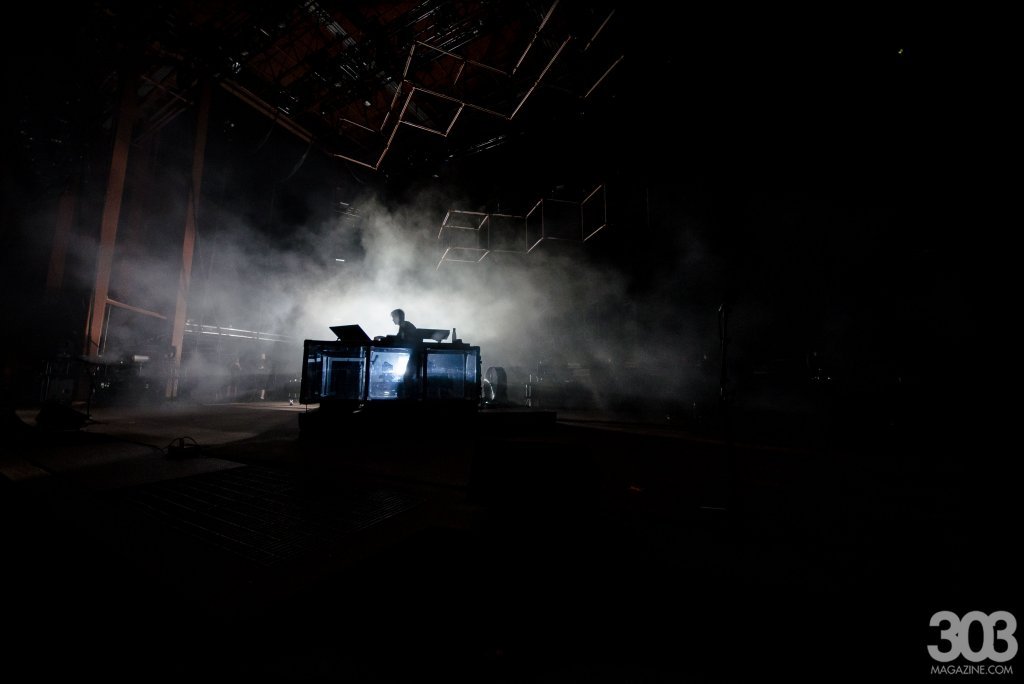