All Photography by Lucy Beaugard

Dio Mio Pasta hosted its second pop-up this past Sunday at Hop Alley in RiNo. Dio Mio in Italian actually translates to “oh, God,” which seems like an appropriate and fitting response to the food they will be serving up—as in, “oh, God! it’s that good.”

The concept behind this pasta-focused restaurant will be a casual, counter service kitchen with pasta made fresh daily. Their hope is that the food will be the main focus with chefs Spencer White and Alex Figura interacting with guests, while also delivering each dish to its rightful table. 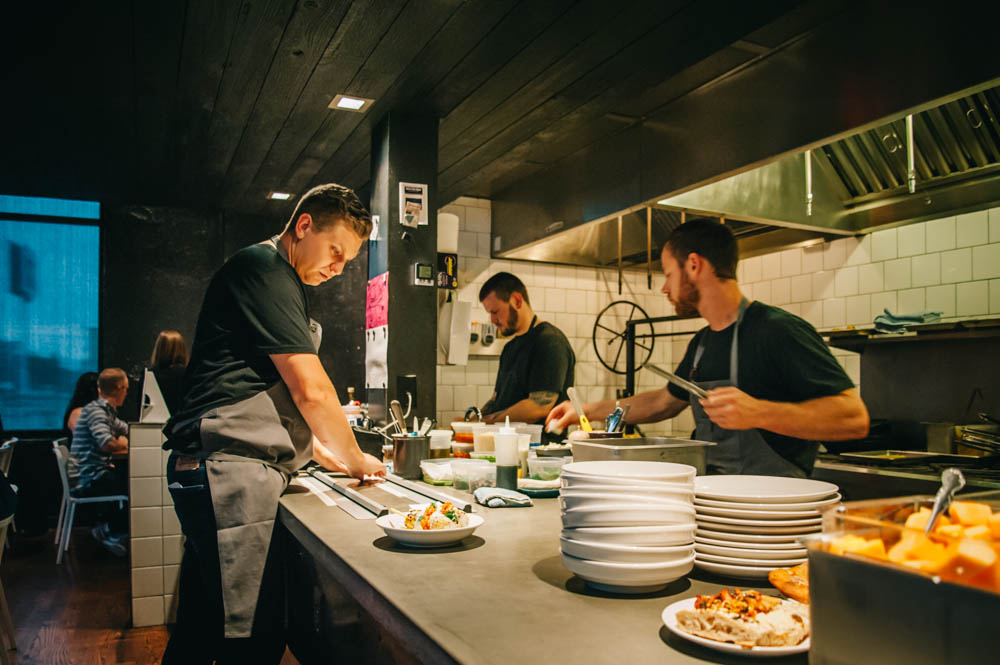 Chefs, Spencer White and Alex Figura working both sides of the kitchen.

The menu they debuted during Sunday’s Hop Alley pop-up was a sneak preview into what’s to come. Although, their menu hasn’t been finalized their hope is to have six pasta dishes on the menu at all times, several small plates, desserts and various rotating larger plates focusing on specific proteins. Lunch menus will include sandwiches and pizza.

White and Figura were both influenced by strong backgrounds in the industry—from working with names like Frank Bonnano of Luca Denver and Mark Vetri, a big name in Philadelphia’s culinary world—while also gaining influence from travels through Copenhagen, New York, and Spain. With Italian rich pasta as their main focus, the duo also hopes to bring occasional specials with various other noodles, spices and cultural influences. 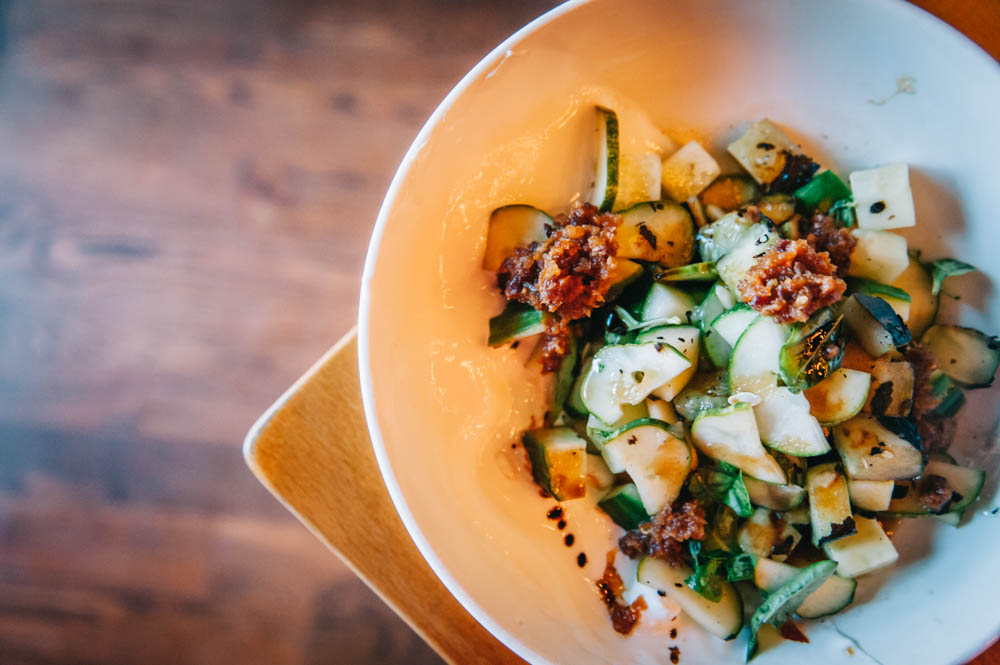 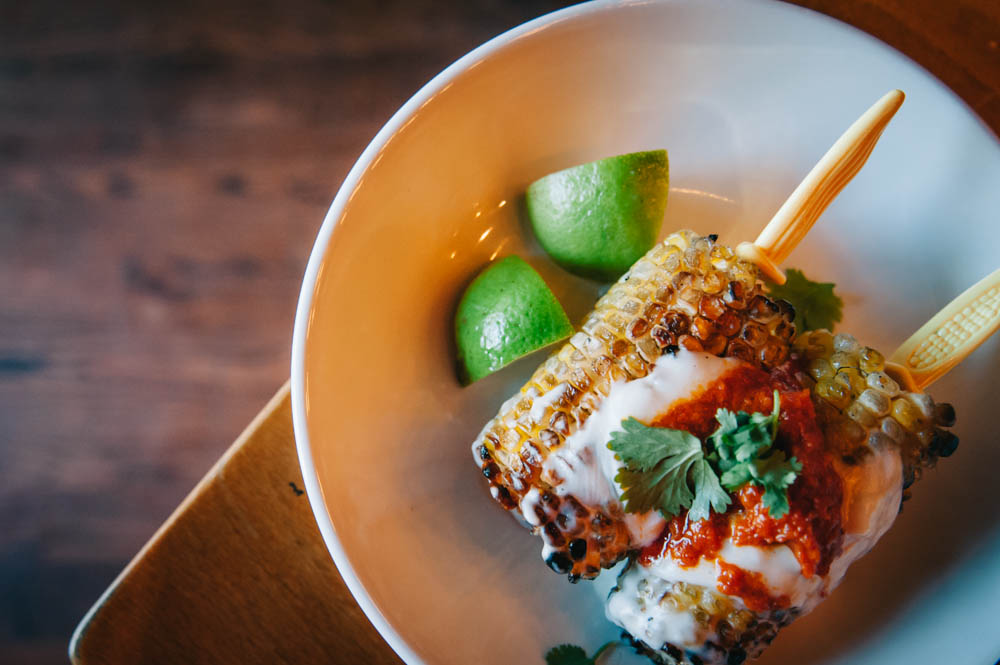 Over the past five years in the Denver culinary scene, White and Figura have built strong relationships with local growers in hopes of having a seasonal menu that rotates with inspiration sparked from fresh ingredients. This ideal was evident straight from the first course of their pop-up menu. 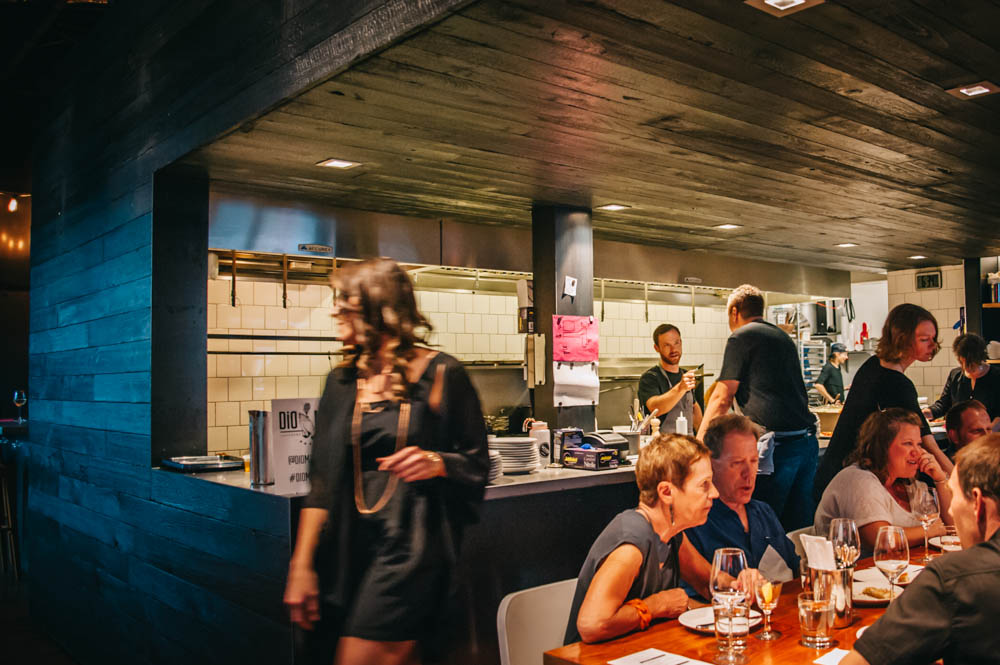 Leaving all control over each course in the hands of chef White, each dish of the three-course meal was beautifully plated and was equally pleasing to eye as it was to the palate. First course was corn—two half cobs spread with Nduja (a spreadable spicy salami), melted stracciatella cheese and a lime cilantro as a garnish. Alongside the Corn came a serving of their melon salad—fresh wedges of ripe tomatoes, crisped and diced pancetta, togarashi spices typically made with chiles to bring out a clean flavor in a dish, drizzled olive oil and mint to garnish. And to finish off the first course, cucumber salad—pickled, raw, and roasted cucumbers diced, sliced and marinated in XO sauce, Thai basil, balsamic and whipped feta. 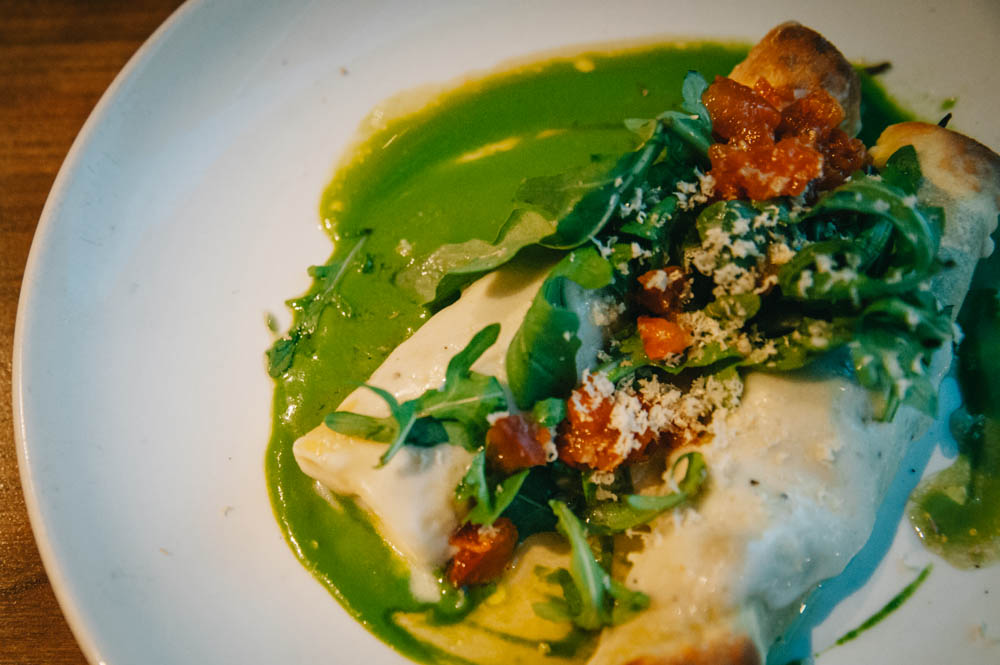 Following the first course came three unique dishes of pici, cannelloni and a saffron fettuccine. The fried soft shell crab in the pici dish was thoughtfully prepared atop al dente pici pasta tossed in a tomato, pickled pepper, chive and shiso sauce—each bite revealing new layers of spice and texture. The cannelloni was served with melt-in-your mouth shredded oxtail, a creamy horseradish sauce, pickled stone fruit and arugula. Finally, the saffron fettuccine came out with a creamy lobster mushroom, saffron and tarragon oil sauce. The pastas were each cooked with expertise and served with complimentary accoutrements. 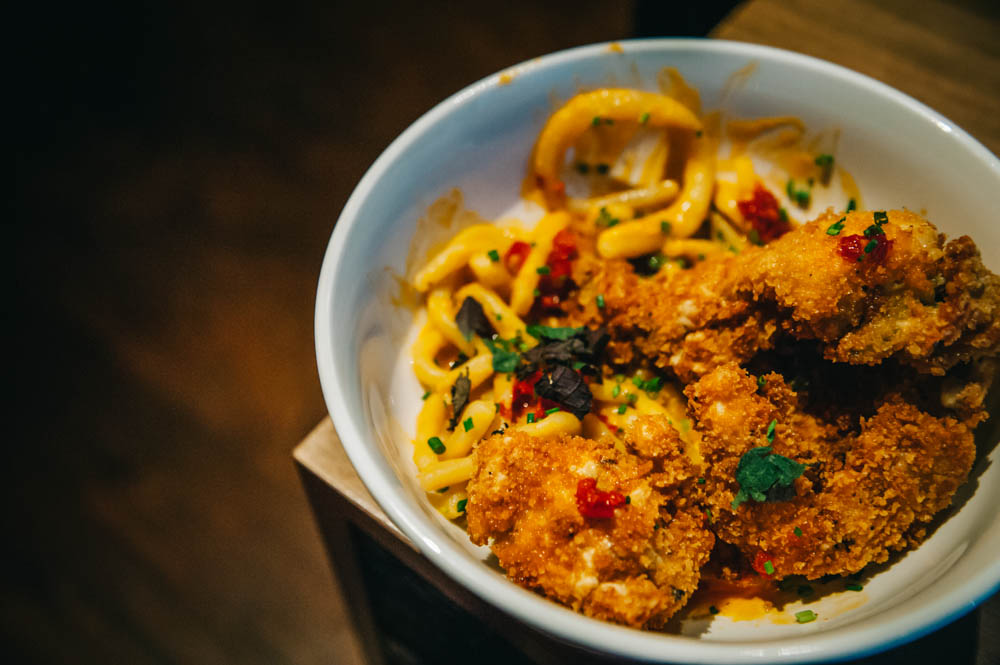 The pici with soft shell crab. 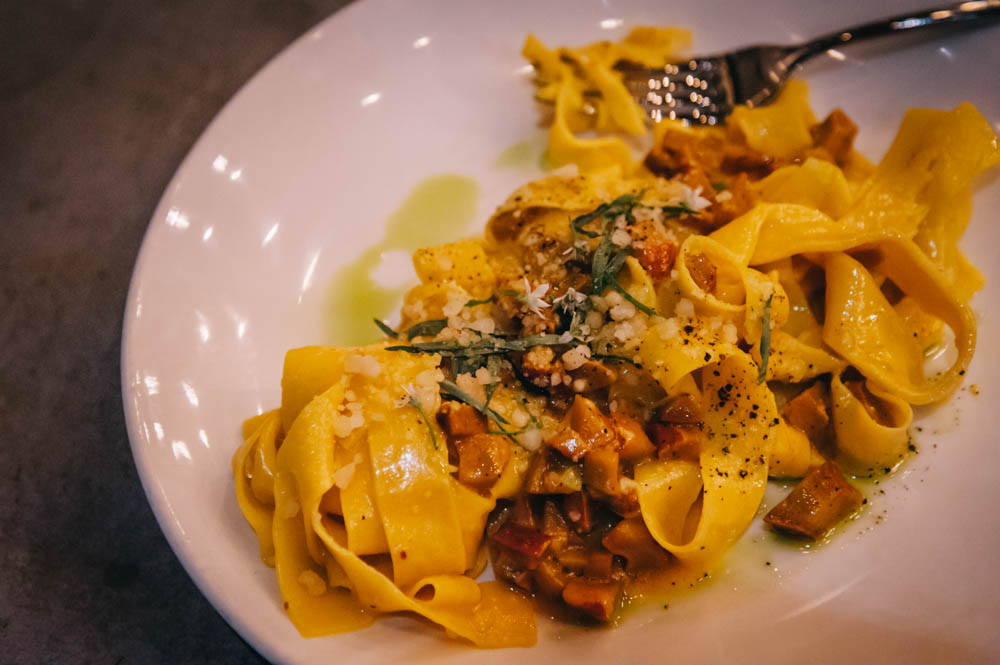 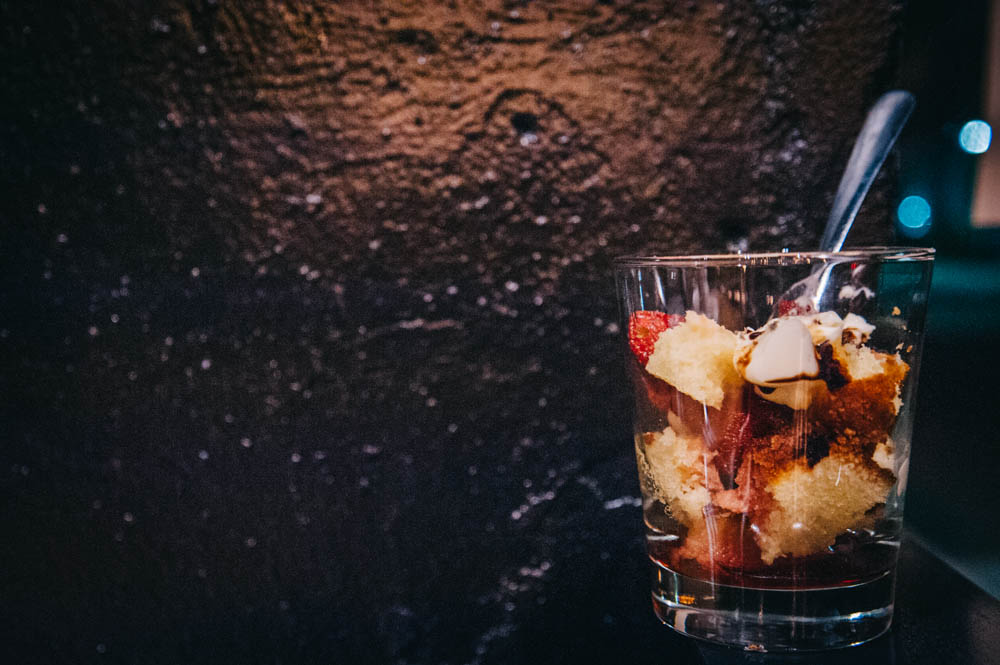 Dio Mio Pasta aims to open its door on 33rd and Larimer at the end of October as long as the construction schedule stays on track. It will be a welcomed addition to the Larimer restaurant strip.