The Pepsi Center slowly fills up to the gentle croon of Mike Posner. He and his band are energetic and bounce around the stage, as people mill around looking for their seat or for one to steal. It is impossible to steal seats at Pepsi Center, by the way. I take in the scene – one completely unfamiliar to me. There are very young women everywhere. Three rows in front of us a little blonde girl who looks to be four or five bobs and sways to the beat of the music.

Mike Posner’s set and vibe look like a GAP commercial. Their pre-packaged look and what appears to be synthetic enthusiasm–that and the venue lights being a bit high–leaves a strong feeling of disingenuousness. Other than that I have no complaints, his skill is real, his songs are easy and his band is great. Then he starts talking and a fellow concert-goer immediately recognizes the pattern of his words–he’s using Good Day by Ice Cube and re-writing the words to talk about himself. He gets away with it too because those of us that might recognize the song are outnumbered 10 to one. It feels tacky and leaves a bad taste in my mouth that I decide to wash out with beer. Feeling a little skeptical about the rest of the show, I wonder if crawling out of my dive-venue hole was a mistake. 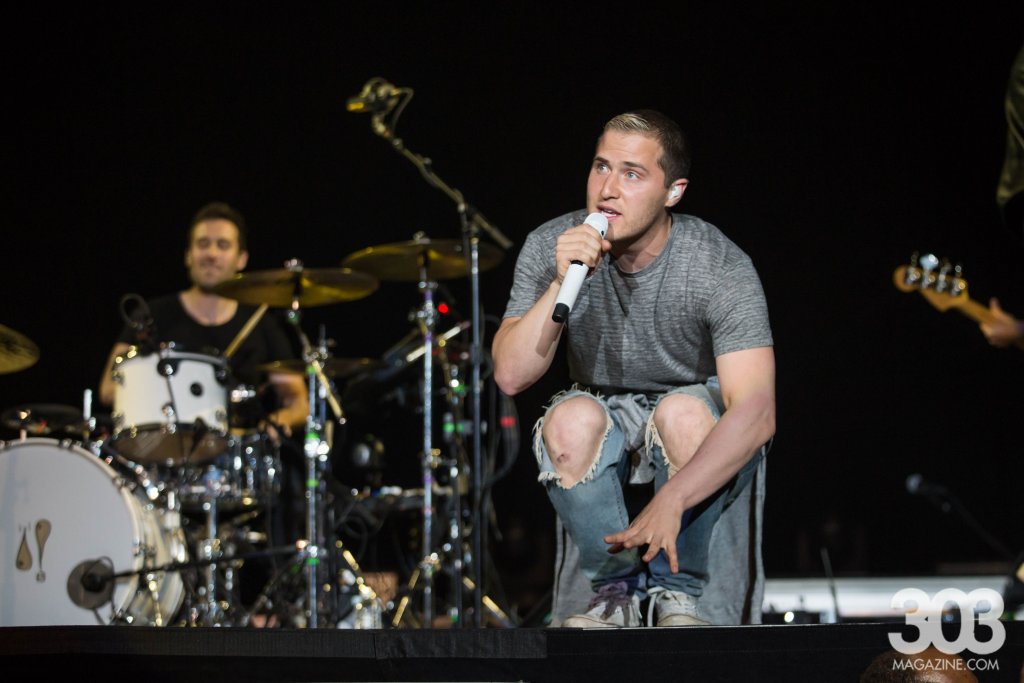 Nick Jonas comes on first and I am sitting with a look of concern on my face. I can’t help it because now I feel like it is in an effort to protect the young people all around us. Now I’m watching the show trying to imagine what it feels like for the 12 year olds. Jonas is very attractive, he is wearing torn jeans and a white t-shirt with an acid wash denim jacket, patches all over the back look like colorful Japanese symbols. He opens the show with his bigger hits and starts to gain momentum with the crowd. Despite my scowl I am tapping my toe as someone points out that his voice is album-perfect. We marvel a bit at him hitting the high notes. 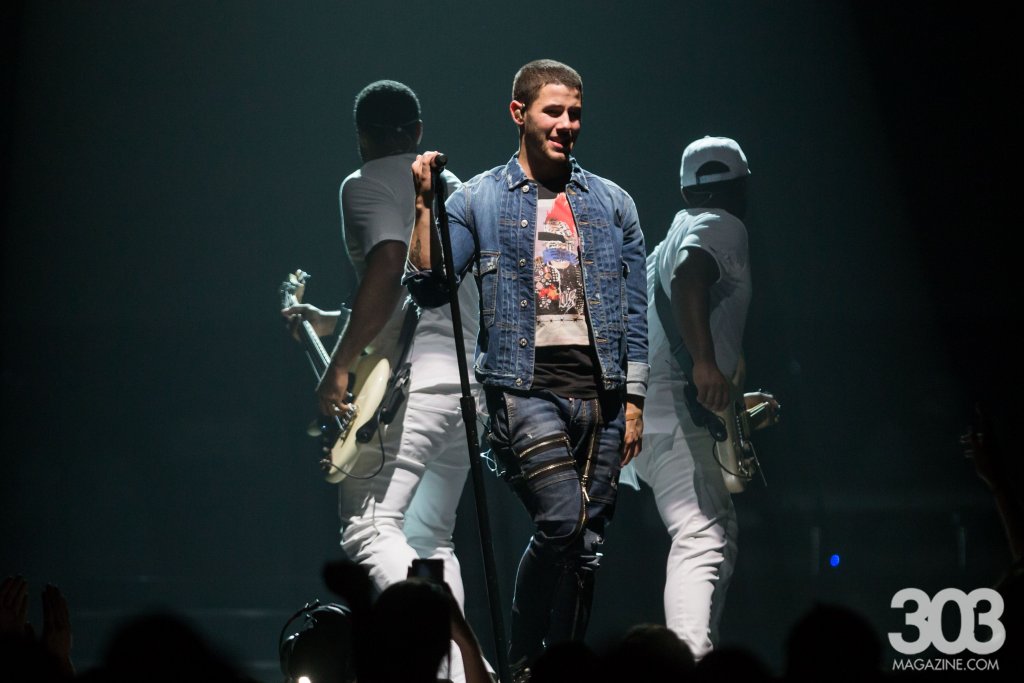 Suddenly the venue goes black and then the lights come up on Demi Lovato, raised from under the stage on a lift. Her sequined long sleeve leotard shines bright and pulls your eye to her hourglass figure highlighted by a wide leather belt around her waist. Before anyone could make any judgements, she opens her mouth, and she sings. Her voice carries every ounce of passion that each individual in the sold out stadium has ever felt in their life. Her voice shatters glass ceilings and incorporates the cheers of girls young and old. I look around me, I see the eyes tearing up and reaching out to her. Demi Lovato is their champion.

“She can really sing, huh?” – Nick Jonas on Demi Lovato

My ability to be a passive observer is challenged when I stand up during Stone Cold to hide that I’m crying. There is something so disarming about the passion in her performance and the reception she gets from the audience. It is an amazing to watch such a genuine connection take place between this young woman alone on a stage and thousands of her fans. Even my friend, a punk rocker in his late 30s, leans over to me and says, “If she was singing to you in your living room you would have to grab your heart.” Demi Lovato’s voice is truly breathtaking. 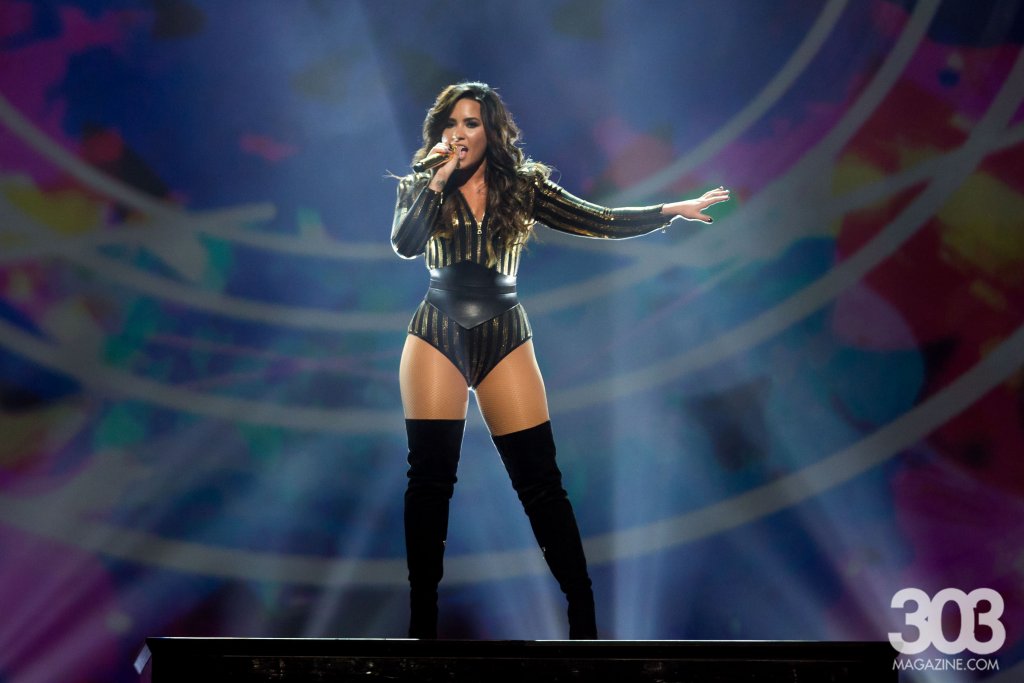 A few more songs go by and the lift is in motion again hoisting Jonas and a white piano into the middle of the stage. The two have such a charming presence together. “We should take a selfie,” Lovato suggests and the two turn their backs to the audience to snap a photo with the crowd in the background, “You guys look great in that one!”

The two sing a duet at the piano and they do not feign romantic interest in each other–they sing together, for us, not to each other. Lovato walks off the stage after the song and Jonas launches into his full repertoire, really committing and officially ending my sit in as I start full on dancing.

The dance party is interrupted by the opening line of Jonas’ Close as I start cheering like children. Jonas gets through the entire first verse, amping up the suspense for the most anticipated part of the show before Lovato confidently walks out and jumps in with Tove Lo’s part. Her seductive interpretation is chilling, this duet is the ideal showcase of the talent on stage in front of us. 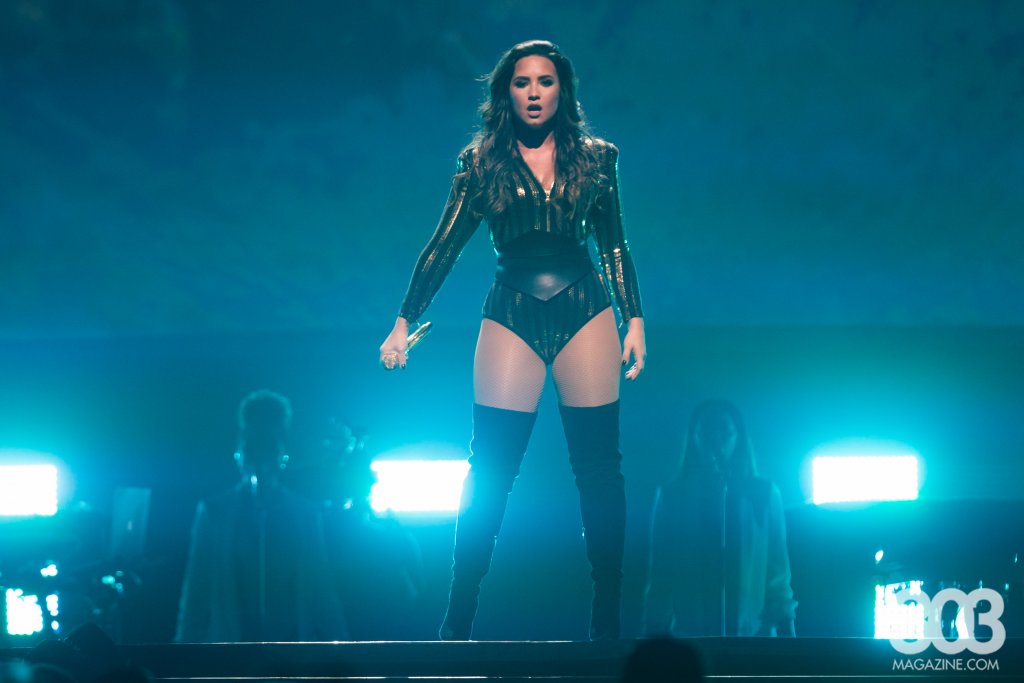 There were more songs after this, both of the artists are a delight live and they truly co-headlined which I admire. As I leave a group of five girls and two moms stop next to me waiting to cross the street. “Did you ladies have fun tonight?” There is a muted smattering of yesses and the youngest looks nervously to her mom for permission to answer, when she gets a nod she firmly says, “Yes.”

“Who did you like better, Nick Jonas or Demi Lovato?” Again the mumble in unison of Demi Lovato from the girls. The oldest, who looks to be 10, smiled and her braces glean in the night, “She’s a little bit better. She’s my favorite.”

Check out Kyle Coopers full gallery from the show here. 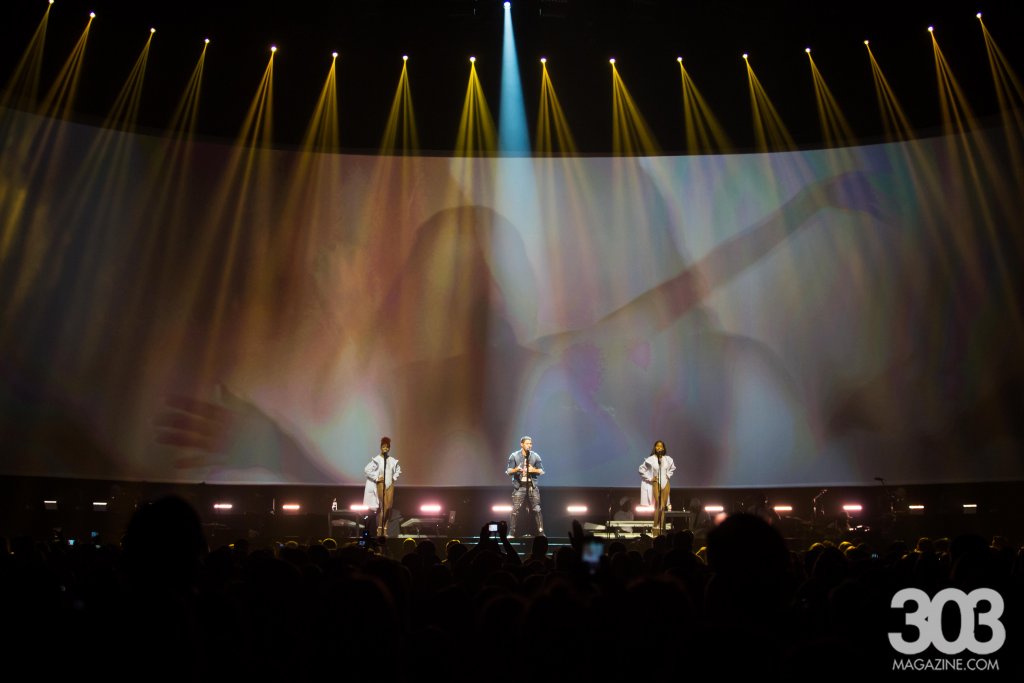