Most have been touched in some way, shape or form by mental illness. It comes in ages and sizes and colors akin to us all. Despite its prevalence, we can still be uncomfortable talking about mental illness since it is so multifaceted, person specific and ambiguous. Denver Musician Cody Statz personally struggles with his own form of mental illness, and through his music, hopes to help remove some of the shame from mental illness and encourage open conversation about all that mental health entails.

Statz was careful to warn me that he is neither scientist nor doctor, his opinions were just that – opinions, born from his own experience with mental illness. However, as we talked I couldn’t help but think, what if doctors and scientists could look at mental illness through the eyes of someone like Statz’s? What if they could easily talk about befuddling and painful afflictions like schizophrenia, depression and bipolar disorder without needing to limbo under red tape or balance on a razor’s edge of political correctness? What if they attempted to heal and connect with soothing melodies and meaningful lyrics? Maybe we as a modern, first world society would be much further in understanding and treating mental illness. Or maybe we’d at least be more comfortable talking about it. 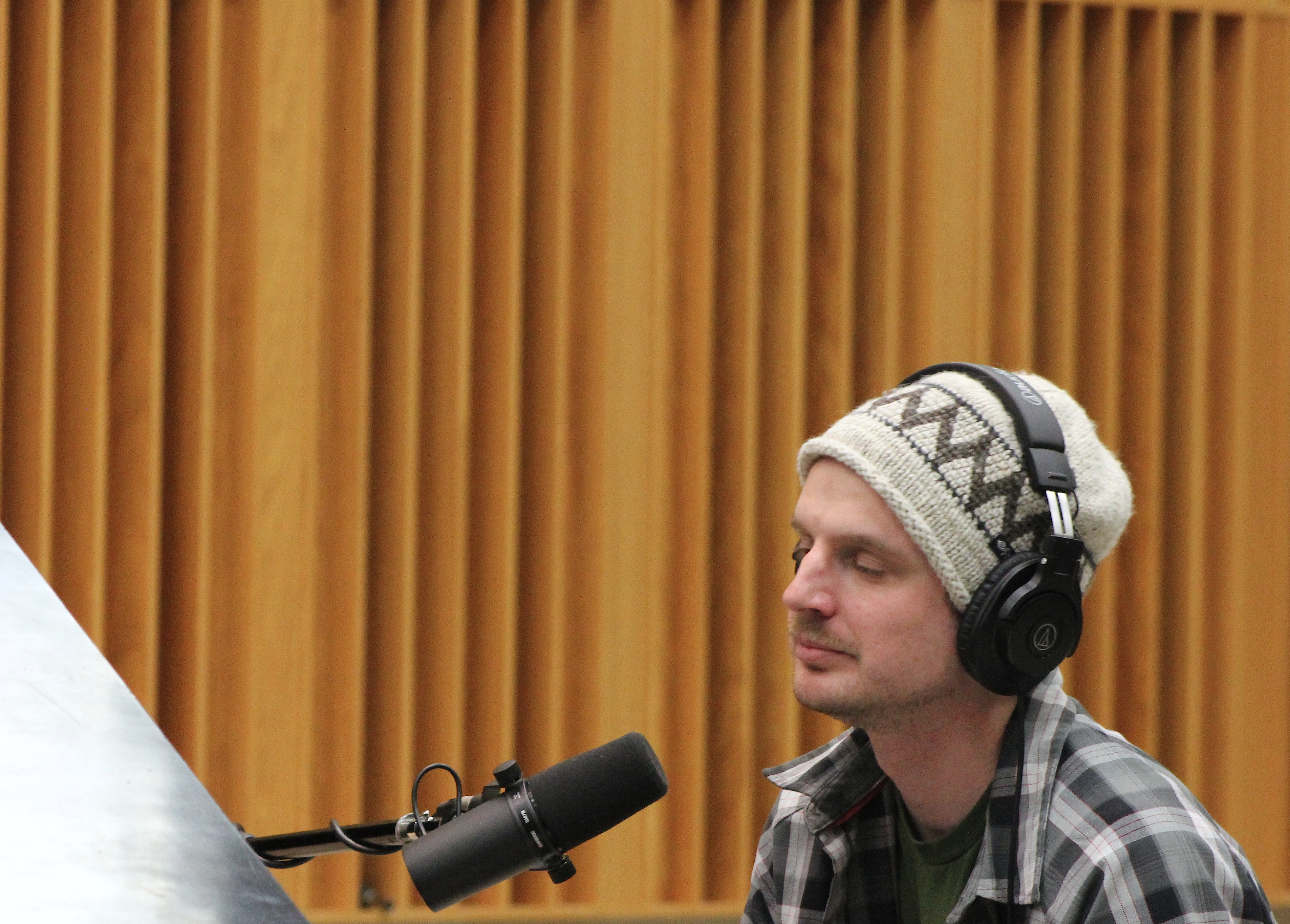 Statz is a Wisconsin native turned Denver transplant. He played in bands in college – most notably “Waffleberry,” which Statz assures us gained quite a following in Oshkosh, Wisconsin. Like so many of us, Statz is chasing his dream while also creating a life and home for himself in Denver.

Statz plans to release his first album, The Loop, this fall and in doing so hopes to help destigmatize mental illness. He’s realistic and knows he is not performing from a huge platform, nor is he reaching a large audience just yet. Nonetheless, he wants to begin the conversation and let others’ suffering from any mental illness know they are not alone. “I don’t really have a platform except for a couple open mics here on Colfax. I’m hoping there’s a chance to connect,” Statz continues, “I feel like the more that people come out and [the more people that] are comfortable talking about it, the more the culture or the stigma behind it will change. So I’m just trying to do my part, however little that is.”

Statz has a pure, sincere sound. His voice is low and steady, in an almost haunting kind of way. It reminds me of the two story organ at church when I was a child – everything else about the hour long mass has long since escaped me, except the lingering, guttural sound of the organ that, to this day, still reverberates through my bones. Listening to “South Blvd” feels similar. The piano melody is soothing, methodical and rocks listeners into a kind of peaceful state.

I asked about his own personal struggle with mental illness, and he politely told me “This is my first interview and that’s a personal question.” Initially, I was irritated with this brush off. I thought if this musician wanted to truly connect with a certain group, the more information the better. If Statz could relate his own trials and tribulations, listeners would be that much more keen to the meaning behind the music, and quicker to draw comparisons with their own mental health issues.

But as I started listening to Statz’s two debuted songs, “South Blvd” and “Walk the Stars,” I realized mental illness is ambiguous, and that’s what Statz hopes to communicate. Statz sights folk singer, Loudon Wainright as his long-time inspiration. However, Statz doesn’t want to be as obvious as Wainright with the messages communicated through his lyrics. He says, “It may be better or easier for someone to connect with something if I don’t spell everything out for them.”

Statz says “Because of my personal struggle, I feel like, with this album… it wasn’t writing one song about an issue, but about presenting [9 or 10] songs that deal with the same issue.” His sound is genuine and pure, reaching out across the speakers, attempting to grab another by the hand to let them know they will never walk alone.