Album Preview – Big Gigantic Stirs All Genres into the Mix

Ah, Big G. It was about time for a drop.

The Boulder-based electronic group Big Gigantic has been touring the music scene for several years now, from Coachella to Paradiso, SnowBall to Bonnaroo,  and they have made a splash with their unique jazzy take on the EDM genre. Producer and saxophonist Dominic Lalli and drummer Jeremy Salken invited names such as Waka Flocka Flame, Logic and Pell to contribute lines to their cleverly twisted beats on their new album Brighter Future. I’ve always thought EDM and Rap should make a baby together — oh, how beautiful and rhythmic that child would be. Alright, I’ll take a step back. But slap on the track “Miss Primetime” from their album, releasing on August 26, 2016, and you’ll be able to picture that music love child perfectly. 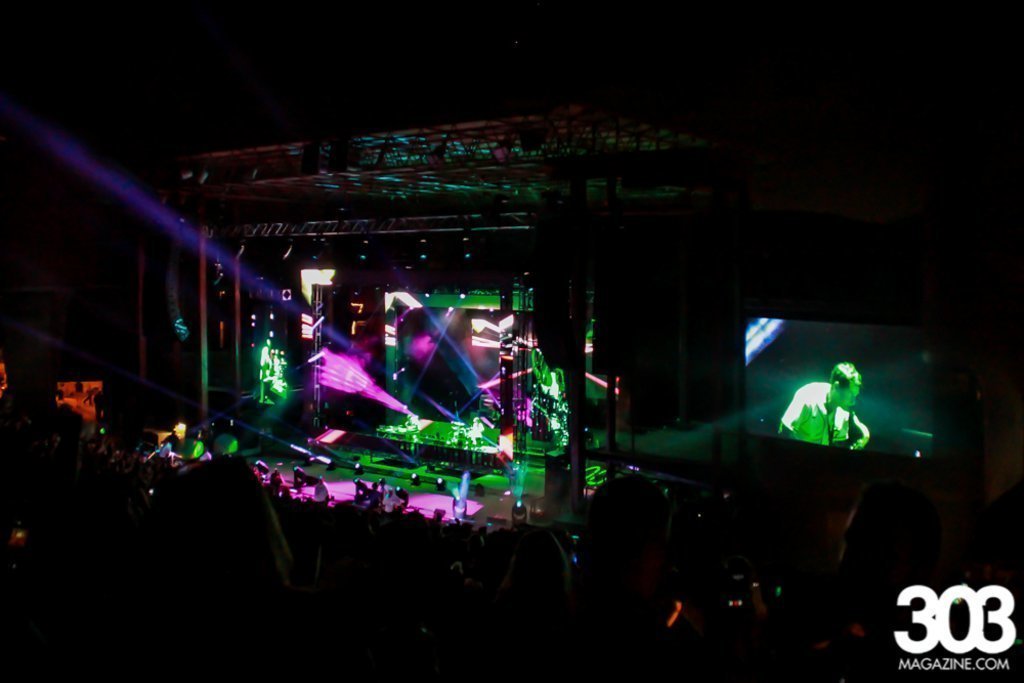 Kicking off with the song “Oddessy Pt 1.,” we are immediately welcomed into fanfare reminiscent of nights walking into a swanky club — but the tunes abruptly stop for a skip into background noise. While most Denverites know of Big G as a group who can successfully headline a Red Rocks show with their jazz electronica, they’ll be pleasantly surprised to hear the elements of hip-hop, rap and straight down funk pass through and sink into their vibes on this new album. “The Little Things” streams into life next, featuring singer Angela McClusky. Her raspy voice slides nicely between the opening ivory piano chords, while pounds of steady drums ramp up the pace, with twirls of electronica instead of straight drops to take you deeper into the song.

Lalli writes on his website “I think now more than ever, we need to come together and work towards a Brighter Future for us, for our children and for the human race as a whole. Every single human on this earth, no matter race, skin color, religion or any other difference, bleeds the same color blood.” This is obviously meant to ignite thoughts on how this album came to being, and the songs are irresistibly infectious and upbeat. Combined with free flowing lyrics, the result is sonically grounded and playful. 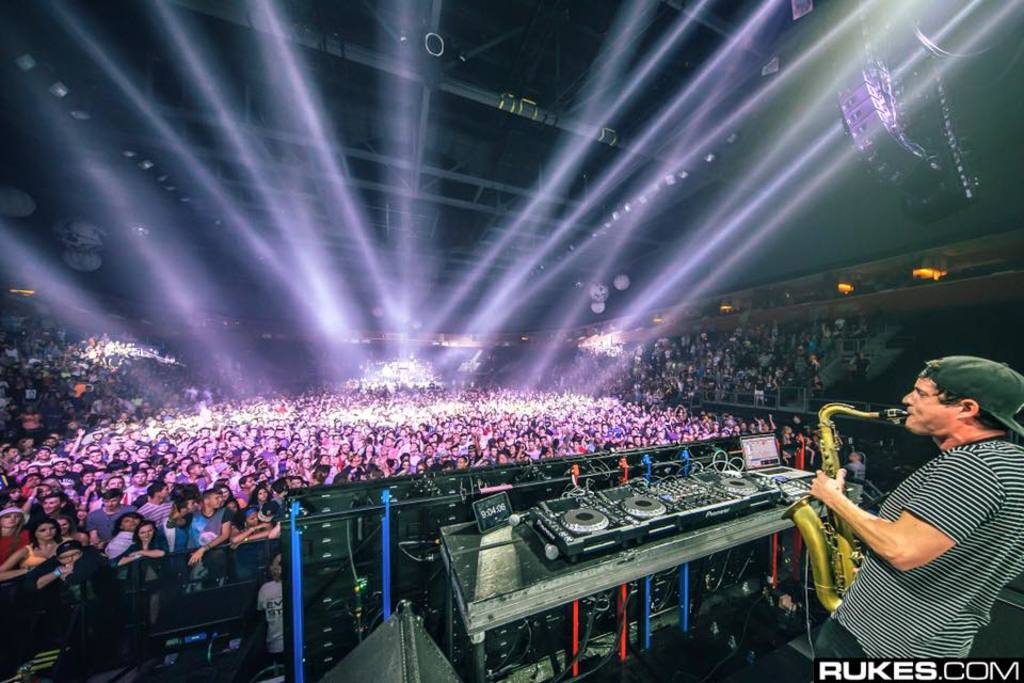 I already raved about “Miss Primetime” (the music baby, remember?). “All of Me” features Logic and Rozes, and is another stand out. I mean, is there a shitty song with Logic even out there? Probably, but not this one. Dances of synth bounce off his lines, and Rozes’ voice jets across the voluminous saxophone. Slower paced than other songs, you can still catch hold to a beat to successfully gyrate with. In fact, all the songs that contain rap stood out to me. “Highly Possible” brought Waka Flocka Flame along for the ride, and I could see this song grabbing hold at laid-back lounges. A syncopated beat backs his gritty vocals, carrying the listener into a stream of cool vibes they can easily shake it to. At times it feels a little bit too repetitive, but all is forgiven when the trickle of synth flows back in.

If you’re looking for that dirty “untz untz” feel, where you can take over the dance floor with your bad dance moves, you’ll have to put on “No Apologies,” a close-your-eyes song featuring Natalie Cressman. Light trumpets flare up the background, while twisting staccato EDM beats carry the song forward. Plus, Cressman’s soprano is perfect for the flirty song.

I’m listing “Bring The Funk Back” as a runner-up, because just read the title. That’s about as far as this self-discovery will go. But it also dips into nostalgic 90s hip hop, I feel, and when you get to the chorus, that tornado drop is too much fun you just can’t help but bang your head. It then cools it down with a smooth transition into guitar and bass-focused solos, slowly whirling its way back into carefree electronica funk.

Big G was smart by bringing the Cherub crew onto their album, as the song “Wide Open” is a salacious dance into dirty-dripping beats. Big G is performing at Red Rocks on September 24, and I can only imagine how the crowd will react when this song spirals through the rocks. It has your standard ingredients for a tasty Big G song — heart-pounding beats, blares of sax and head-spinning slides of synth — plus the whimsical vocals of Cherub.

Sorry, but not every song on an album can be perfect. We’re human after all. I couldn’t get into “C’mon” featuring GRiZ. This might be due to my late entrance into the EDM world, and not being able to get down as easily as others to computer-produced music. But the repetitive “C’mon” just isn’t needed. It does echo back to the Big Band Era, however, its wrapped up synth-pounding doesn’t jive with what my ears were craving. “Got The Love” didn’t satiate my inner dance goddess either, but I’m not sure if that was the point of this song. Jennifer Hartswick supplied sultry and deep vocals, and the song ricocheted from a slow ride to a quick throw of beats. I think if it kept her vocals highlighted throughout, instead of blanketing them with beats and synth, it would sound more cohesive.

You can catch wind of all their new songs when the album comes out. I don’t want to spoil it too much for all you music fiends hiding away in the 303. 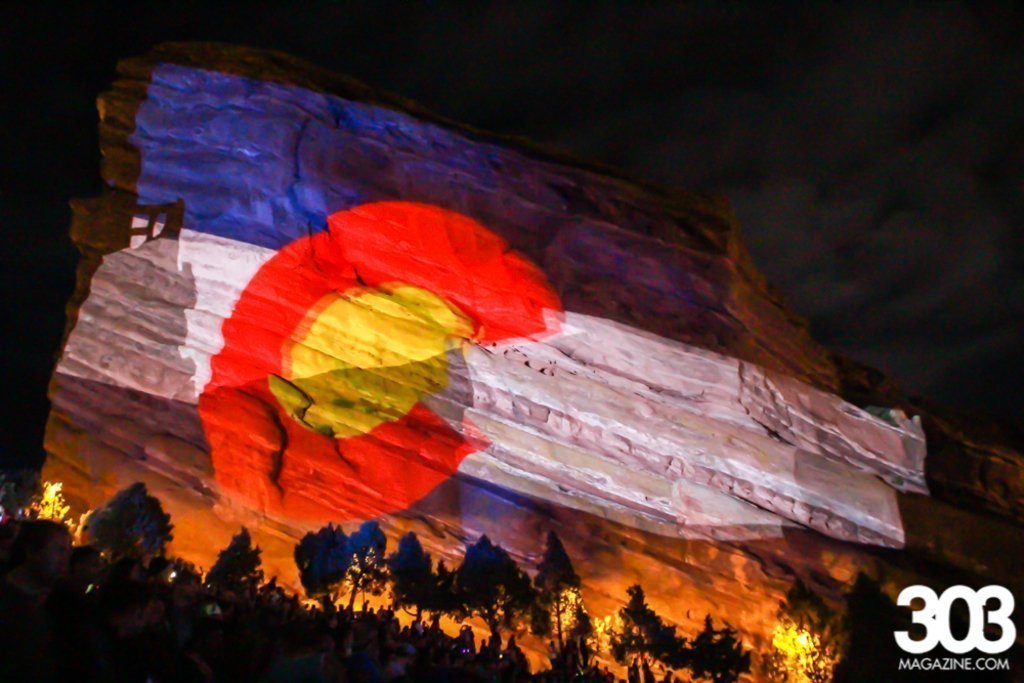