Fresh off the release of his debut project for Roc Nation, There’s A Lot Going On EP, Vic Mensa is set to headline the Back With a Vengeance Tour, which makes its Colorado stop at the Bluebird Theater on August 1, 2016.  After selling out in almost every city leading up to Denver, the anticipation is high and fans are excited for Vic to return after a two-year hiatus. Along for the tour is fellow SAVEMONEY affiliate Joey Purp — who is also celebrating the release of a recent solo project titled iiiDrops. Denver’s date is also opened by hometown artists Talent Among Us.

There’s a Lot Going On finds Vic at his most vulnerable moment yet and brings up some of Vic’s deepest and darkest demons. Whether it’s touching on topics such as his personal battle with drug addiction and relationships, or speaking out against political unjust and government corruption, Vic bares his soul for this project and gives the fans something to truly connect with. Something one fan got to experience on a very surreal level when Vic flew him out to Sway in the Morning to join him live for an interview. Check out the video where this fan gets a truly once in a lifetime experience here.

The energy was crazy in Denver at the Larimer Lounge two years ago. Joey and Vic both played here for the Red Bull Sound Select and they even managed to get some mosh pits going in the tiny venue. Expect that to be magnified tenfold with the amount of exposure Vic has received over this last few years, an even bigger venue and one of the best projects to drop this year — Vic is in rare form right now and SAVEMONEY is set to take over the rap industry.  303 got a chance to speak on the phone with Vic a few days before his headlining show at the Bluebird and managed to get some details on why he trashed his latest album, his perspective on the youth’s power in voting and even a shout out to one of Colorado’s favorite sandwich shops. Check out the interview below. 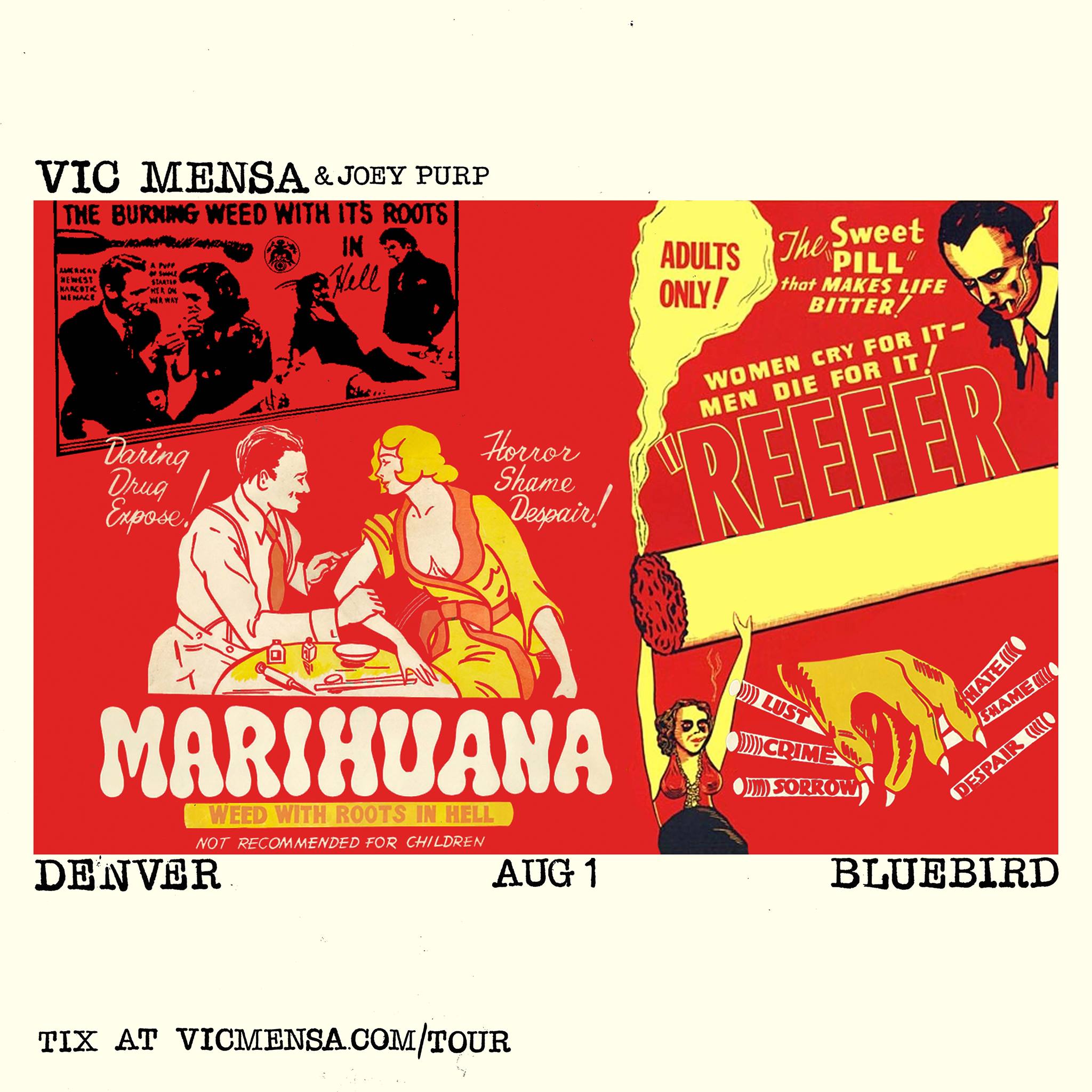 303: Congratulations on the new EP and Roc Nation signing. The EP goes pretty deep into details of your personal life, why did you think now was the time to make such a personal project?

Vic Mensa: I mean I really didn’t feel like I had to. I was just being honest and truthful. I was going through a lot of shit in life and musically.

303: How have the crowds been on the first part of the Back With a Vengeance tour? Are you happy to be back playing some live shows?

303: Where are some of your favorite places to perform and how does Colorado rank?

303: You have a few important tracks on the EP that highlight some specific social and cultural issues that were relevant at the time. Do you think it’s important to take a political stance when in a position of influence?

VM: I think to me, it’s important. I don’t think that it’s really everybody’s place. I think for me it is important because that’s the type of shit I think about it.

303: You’re supporting the group called Respect My Vote, which encourages young voters to get out and vote. How important is the voice of the youth in steering our country to the right direction?

VM: Very, very, very important. I did that Respect My Vote campaign because I wanted the people listening to music to be impacted in a way — more significant than any one song and to recognize their own power and be able to harness that. I mean, I don’t know the numbers on it, but I’m sure people of my age group (18-25) make up a large portion of the population and there’s a lot of power in numbers.

303: I heard in a recent interview that you scrapped the highly anticipated Traffic album. What were some of the contributing factors to that decision and what can fans expect from the new project?

VM: The new project is very personal, kind of in the vain of the song “There’s a Lot Going On,” and I scrapped Traffic because I was addicted to drugs and I don’t like the shit that I made while I was bugging out.

Tickets for the Back With a Vengeance Tour can be purchased here. Make sure to get them before they sell out for good and you end up missing this awesome night of hip-hop. Also, fans of Vic Mensa and the SAVEMONEY Collective—don’t forgot about Vic’s longtime friend and SAVEMONEY affiliate, Chance The Rapper who will be headlining the Fillmore Auditorium on September 20, 2016.