Despite some early evening rain (and lots of close striking lightning), which kept the sharp dressed (and oh-so patient) crowd of funk fans waiting in line outside of Red Rocks long enough to smoke a joint and get chatty with their neighbors, the clouds blew over and a bright rainbow emerged just in time for Vulfpeck to take the stage. Eventually, the waning moon rose over the twinkling horizon and the night remained warm and balmy—ideal weather for groovin’ with your pals and slamming some Summer Shandys.

It was The Motet’s very first time headlining Red Rocks, a slot that they’ve certainly worked hard for and truly earned over the last decade of playing sold out shows at venues all over the Front Range (and the rest of the country). And not only did The Motet eagerly take their fans on a whirlwind of a funkfest, featuring lots of new music off of their recently debuted album Totem (produced by Eric Krasno of Lettuce/Soulive), but they brought along some of their buddies to warm up the crowd. Vulfpeck was just so creamy (like buttah), a sort of hybrid between yacht rock and smooth R&B—and so funky, it hurt. Needless to say, there were lots of orchestrated sing-a-longs, especially during this track:

Between live sets, local beloved DJ Mikey Thunder spun more funk tracks, overlaid with bubbly house beats that kept everyone on their feet throughout the duration of the night. And for that, we thank him (but boy, were our dogs barking by the end of the night).

Then Medeski, Martin & Wood (MMW) made a rare live appearance, keeping their ordinarily experimental jazz tunes on the groovier side, to maintain the theme of the evening. No other band has their unique sound, with John Medeski crooning away on the organ, Billy Martin keeping the rhythm on the drums and Chris Wood (The Wood Brothers) switching back and forth from the stand-up bass to an electric one. 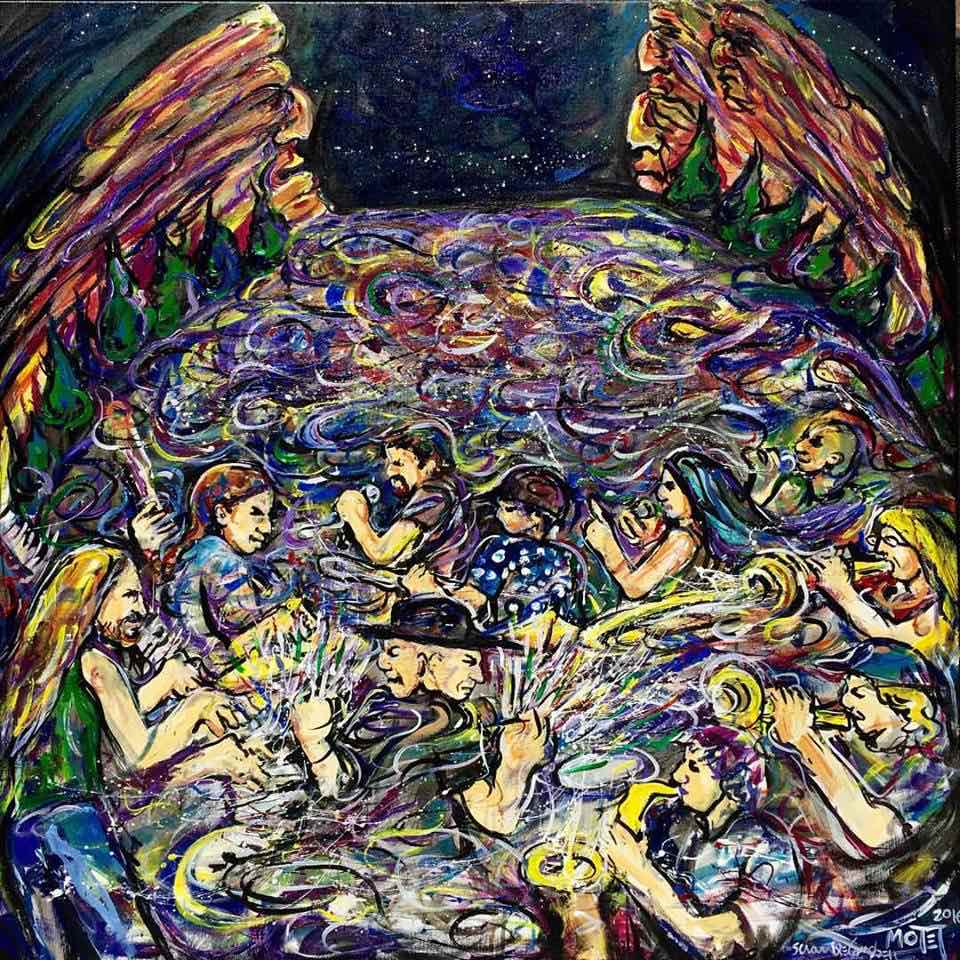 And finally: The Motet took the stage, with more than a couple of fresh faces among their tribe. The ultra talented Natalie Cressman (Trey Band) played in their horn section for the entire set, Big Gigantic’s Dominic Lalli came out for a righteous tease of Bowie’s Fame during Nemesis (and stayed on for the rest of the show) and John Medeski joined Joey Porter on the keys during Cloak and Dagger. Lead singer Jans Ingber’s absence was greatly felt (more than a few friends turned to me after the first song to disappointedly inquire about Jans missing in action), but The Motet’s new singer Lyle Divinsky did a very impressive job filling Jans’ (outrageously energetic and always dancing) shoes. The Motet played mostly new tracks off of Totem, which were an invigorating change up from their typical Afro-beat sets (not that there’s anything wrong with Afro-beat, but hey, change is cool). The new Totem tracks featured a lot more guitar-forward riffs, some blistering bass solos and even a few jams that got a little weird and sort of psychedelic.

And when Joey Porter does that whacky talk box stuff, yas queen.

It’s typical for fans to be put off by their favorite band’s new music, especially when said band hardly play any of their old stuff during a live set (ie: I’ve seen people get actually pissed off when Phish debuts new stuff, but they still get a boner every single time they hear You Enjoy Myself. It’s one of the great mysteries in life.). But the glowing Red Rocks crowd gladly welcomed The Motet’s new songs. The tracks were fresh, the band sounds tight as ever and it’s always a sheer treat to watch the evolution of these local legends before my eyes. I felt like a proud mama bird watching The Motet take flight, fulfilling their dreams to headline the legendary stage and crushing it, all the while.

Check out Dom (Big G) sitting in with The Motet from last weekend’s Red Rocks show: