Since the early 2000s, Denver-based band The Fray has kept their steady alternative rock ballads churning out for listeners nationwide. Currently on tour, they’ll be headlining The Divide Festival (among musicians such as Kid Cudi, Edward Sharpe and the Magnetic Zeroes, Passion Pit and so many more) on Sunday, July 24 at 9:30 p.m — and us lucky folks here at 303 got to sit down and catch up with their drummer Ben Wysocki. Having been in the early formation of the group in 2003, it’s obvious the respect Ben and the other band members carry for one another. Discover what makes this band tick, and make sure to grab your tickets for Divide.

“There’s obviously a different kind of pressure because of all the family and friends that come out to hometown shows. You want to make them proud.”

303 Magazine: You are performing at two Colorado Festivals this summer, Divide and New West Fest. What’s it like performing in your home state? How has it changed over the years?

Ben Wysocki: We love performing in Colorado! The fact that most of us call it home is just a bonus. There’s obviously a different kind of pressure because of all the family and friends that come out to hometown shows. You want to make them proud. We have such a good community of artists and bands that are friends here, as well that playing for them can be fun and terrifying. When we get on that stage in front of our moms, wives, kids and fellow musicians we want to do our best and make them proud you know –and we feel that more than ever now.

303: I know writers are often told to not go looking for inspiration, but just to put everything down on paper. What’s your writing process look like? Do you have a certain inspiration you seek out to find an entrance into a new song?

BW: From a lyrical standpoint, Isaac [Slade] and Joe [King] are both very autobiographical. They each have their own flavor obviously, but in general they tend to write from what’s close at heart. And as a group we are always talking about what’s important to each of us and if a lyric doesn’t necessarily represent us all, it’s definitely discussed.

We just recorded a few new songs with the same producer we worked with on Helios, Stuart Price… and they’re really exciting. I’m sure at least one of them will make its way on stage soon.

303: What can fans expect when you hit the stage at Divide? Will there be a difference at New West Fest since it is a smaller venue?

BW: We love playing outdoor summer shows. There’s such a great energy and spirit regardless of the venue size. Good weather, good people, good tunes — what could be better? We hope we can provide a moment for people to forget about the shit in the world for just a night. But most our songs are pretty sad so maybe that won’t happen. Ha.

303: What types of influences from Colorado do you see seep into your music?

BW: Most of us still live in Denver — it’s such a good music town. There’s a great creative community here that makes you want be better at whatever it is you do. It’s inspiring.

Our good friend, Patrick Marold, is a sculptor and his latest piece “Shadow Array” was installed at the airport last year. It’s so great to come home and literally be surrounded by art that inspires you, made by people you love, the minute you step off the plane.

303: What do you do while on the road to keep yourselves from going crazy or to pass the time?

BW: We’re a pretty boring bunch of dudes on the road, actually. We’re either seeking out a good burger or keeping a local record store in business. We can usually be spotted at the hotel gym on neighboring elliptical machines around 11 a.m.

303: How has your musical style fluctuated throughout the years and how have you adapted to the shifting music scene?

BW: I think our style has evolved and grown as a result of us evolving and growing as men. We live different lives than we did 11 years ago. Our priorities and preferences have changed collectively, and that’s all reflected on the music we make. There’s a deep desire to keep moving forward, blazing new trails and stretching ourselves.

The music industry has changed drastically in the short decade we’ve participated in it. iTunes changed the way people consume music, and now the streaming services has done it all over again. But at the end of the day, what drives us to make and listen to music is the same — and I don’t think that’ll ever change. 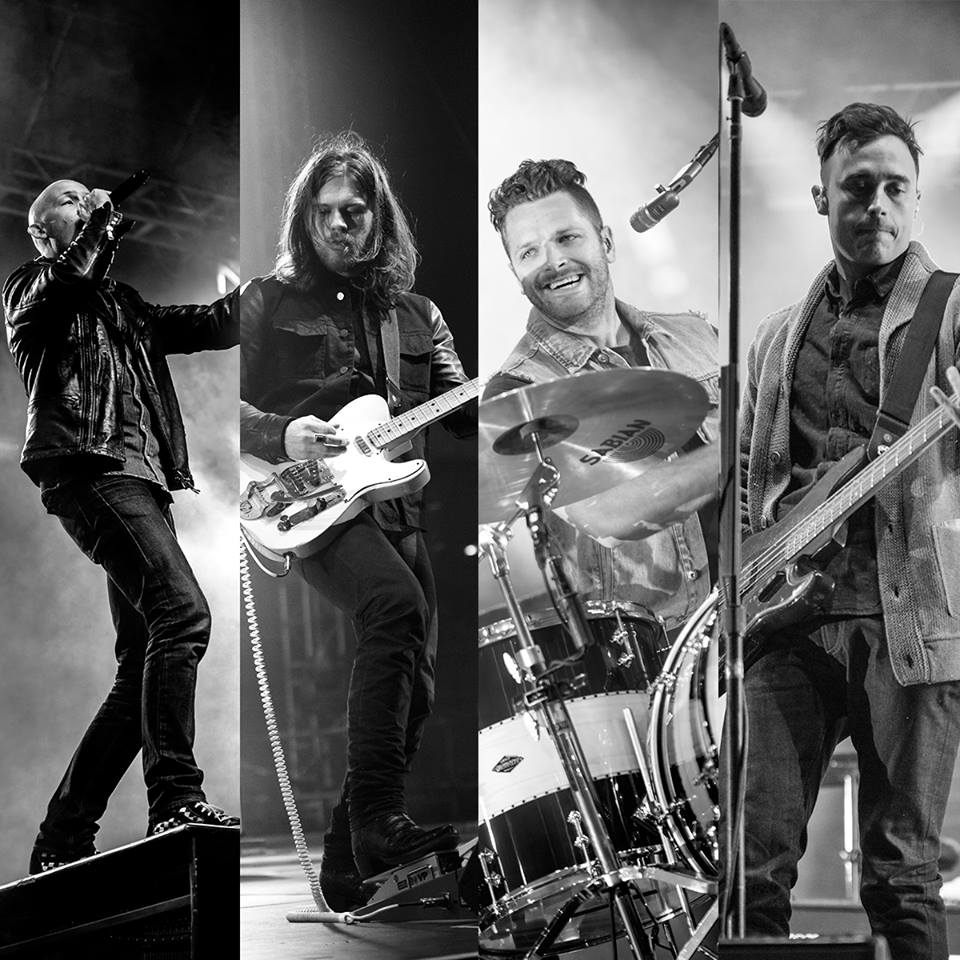 303: What’s one of your first memories of music?

BW: I grew up with a dad who listened to Simon and Garfunkel a lot and those records are embedded into my brain. Great memories.

303: What’s the hardest part about touring? What makes you fall in love all over again with doing what you do?

BW: The hardest part is definitely being away from the family. But that’s all a part of it. It sounds so cliche to say it, but the shows make it all worth it. Playing live music for people is such a life-giving experience for me. That exchange is something that fuels us all for sure.

303: Who has been some of your favorite fellow musicians to work and tour with?

BW: We’ve had the opportunity to play and tour with some amazing artists. Early in our career, we were playing a show in LA at the House of Blues, and John Mayer reached out the day before and asked if he could sit in. We were a tad surprised that he’d take interest in our music at all, but nonetheless, we said hell yeah.

So he showed up to soundcheck and we ran through a couple songs, one of ours and one cover. He’s such a talented guy and just loves to play — that energy was contagious. We had a blast. Those young female fans definitely got more than they were expecting out of a Fray show. Let’s just say it’s a good thing we brought him out during our encore.