In this day and age, hip-hop is an ever growing force in the music industry and is quickly garnering one of the largest audiences and influence on culture. The local rap scene in Denver is growing everyday, and people from this city are starting to make a name nationally. Recognizing the talent our state has to offer, co-founders of 16 In The Clip Joey Trust and Macadoe of MaCaATIC Crew have come together to create an exciting new hip-hop platform to showcase the rising talent pool we have bubbling.

Combining elements of technical hip-hop skill with the marketing and promotion of the new age industry, 16ITC is a refreshing new take on a cypher series and is helping to raise the bar on Colorado hip-hop.  To learn more about the platform and why it was created, we sat down with founders of 16ITC for an in depth interview discussing their purpose of creating the platform, and what their ultimate goal is.

Anyone can film a 16 bar verse in their garage… but we want those locations you can’t get to, or the spot you don’t have permission to film at. The locations for 16ITC are just as important as the artists we select. Colorado is such a beautiful state and offers some of the best hip-hop in the world, so we want those two elements to shine equally. -Macadoe

16ITC:  “16 In The Clip” is an urban entertainment platform dedicated to documenting those with hip-hop talent. “16 In The Clip” charges its clients for our multimedia production services, so if an artist is willing to do business, we are too.  However, we do reserve the right to decline artists for any reason.

What is your mission?

Our ultimate goal is to provide our clients with a multimedia product that represents who they truly are.  Also, we make it a point to highlight elements of the Colorado lifestyle in an attempt to let viewers know that our Hip Hop scene is alive and well.

What inspired you to create this platform?

Hip-hop artists can be very self-centered, so we decided to curb some of this selfishness by using this platform to shed light on others.

What was it like to get big names like Locksmith and Lil’ Flip to co-sign on the project?  Anymore surprise guests to look forward to?

We traveled to Pueblo, Colorado to capture footage for Chris Leshone’s episode, which was featured last season. While we were in the Steel City, Locksmith was on tour and had a stop at Phil’s Music Venue and Bar. So, we simply asked him to give us a shout-out on camera and he was more than willing. It was a very productive, and cold, December night for us.  We always have surprises, but viewers will have to tune in to our official YouTube page to find out what they are. 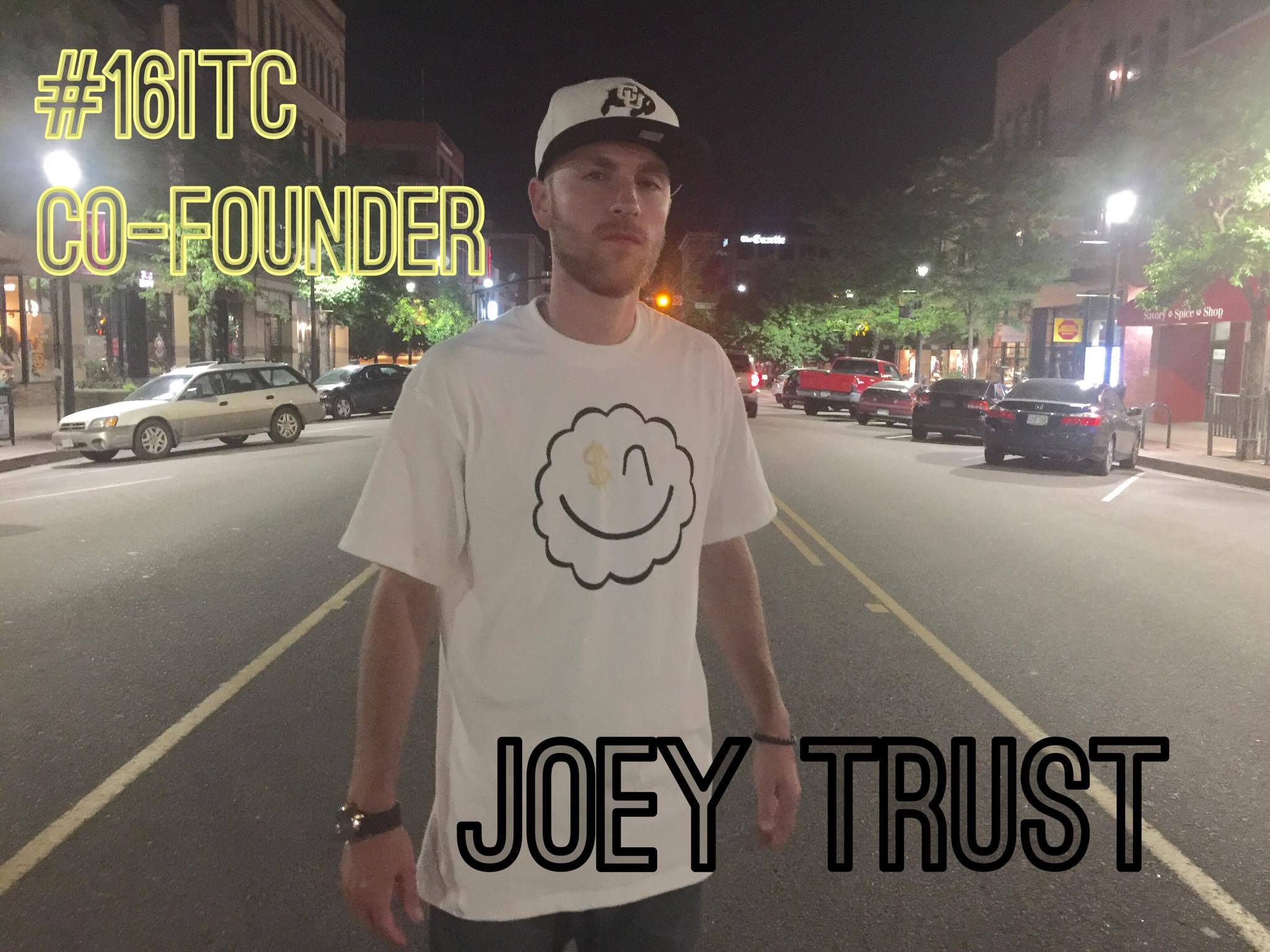 The art of hip-hop has not been forgotten. Hip-hop is a powerful force and grows stronger every night. Like a lot of things, mainstream media can dictate what’s popular or trendy. Real hip-hop has stood the test of time for generations. DJ’s still spin vinyl, B-boys & girls are still tricking, PAES164 is still tagging up walls and emcees are still dropping conscious 16’s in 2016. -Macadoe

How would you describe the burgeoning hip-hop scene in Colorado? Which artist best represents the local Colorado rap?

The foundation of Colorado’s music scene has been strong for years but rebuilding keys parts of the process is necessary. The cannabis boom in Colorado brought new eyes and ears, as well as a new wave of money. Bigger names are now touring the state and that ultimately helps the local venues/openers. Artists are demanding more from each other and mediocre material is no longer expected at this level. Quality has become paramount.

Artists and businesses like BKG, Top Flite, Slo Pain, The Reminders & MaCaATIC Crew are really creating a new standard and making a real impact on the music scene here. 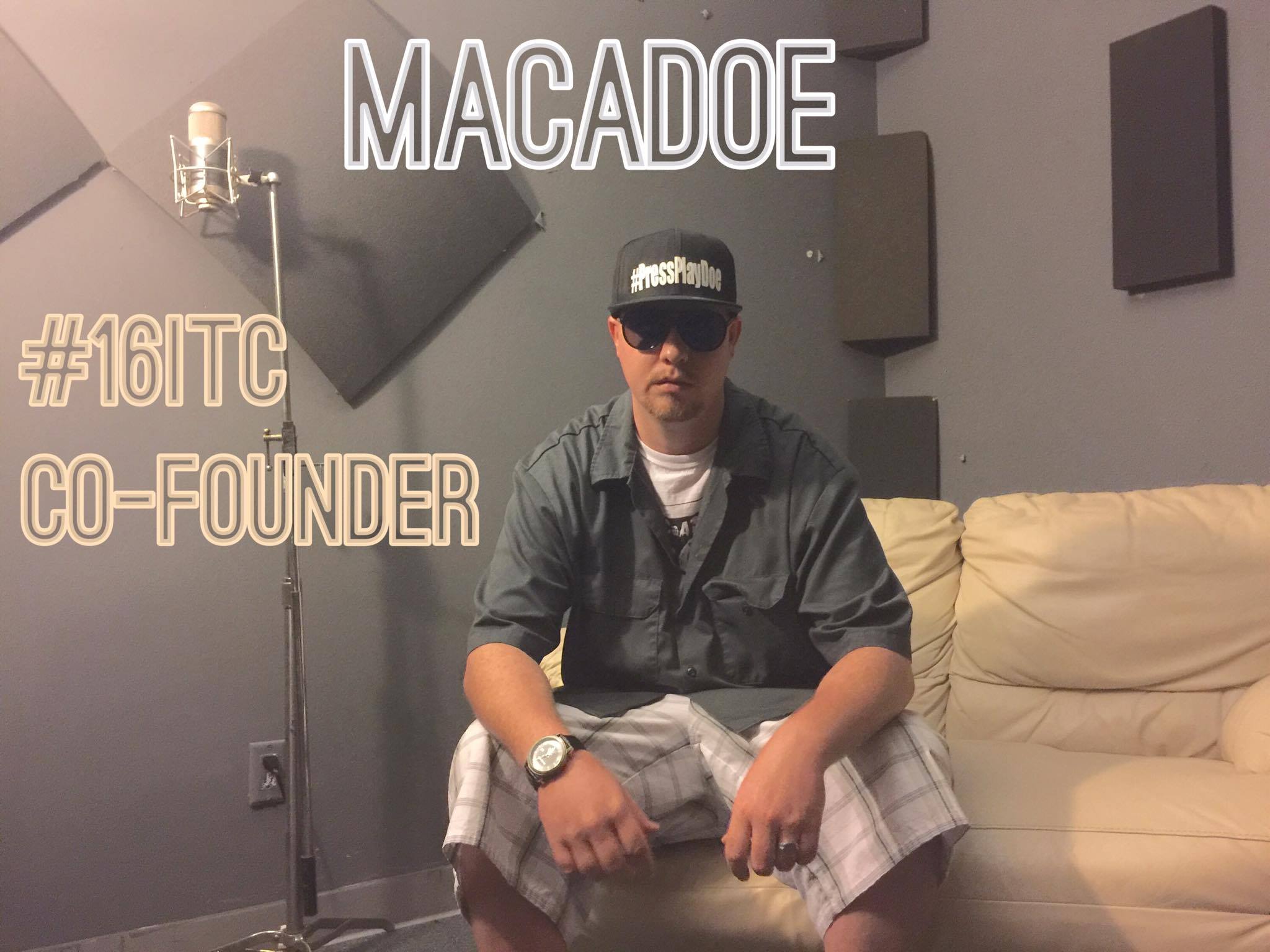 Many people are starting to recognize the talent revolving around Denver, however, how would you describe the scene in smaller towns like pueblo and colorado springs.

Yes indeed, Denver does have an expanding hip-hop scene, but the smaller cities continue to make a real contribution to Colorado. Artists like Keen Quintero from La Junta, 2Fly from Pueblo, Left E from Colorado Springs, and many others — all these artists stay consistent and dedicated to the cause. Various venues like Phil’s Bar, Rawkus, Black Sheep, Royal Castle, Zodiac and many others… these venues continue to book quality Hip-Hop events and allow the local talent to showcase as well. The COmmUNITY support fro these local venues, media outlets, and artists, play a huge role in the success of the “smaller city scene.”

How important is the location of each video and how do you pick which spots to film at?

Location scouting is a big part of the 16ITC process. We are looking for the best spots in Colorado that represent what this state has to offer. We choose locations that best suite the artists and their content. Places like DIA and Air Force Academy were a bit challenging, but the footage we do capture, makes our efforts worth it.

Anyone can film a 16 bar verse in their garage… but we want those locations you can’t get to, or the spot you don’t have permission to film at. The locations for 16ITC are just as important as the artists we select. Colorado is such a beautiful state and offers some the best Hip-Hop in the world, so we want those two elements to shine equally.