Founded through a desire to connect collectively and individually to the world around them, Rising Appalachia has been sharing their folk-infused music with the message of action for over 11 years. Leah Song and her sister Chloe are backed by a band consisting of Bikko Casini, David Brown and Arouna Diarra, and you’ll want to make sure to enter their organic space and be filled with the purity of song when they take the stage at ARISE Music Festival on August 1st at 6 p.m. on the Eagle Stage, and again on August 2nd at 9 p.m. on the StarWater Stage.

Steeped in world tradition, the two sisters will conduct a workshop on Saturday, August 2nd at 2 pm that will help you manifest your own sound through body movement that echoes to yoga and modern dance. 303 Magazine had the opportunity to chat with Leah and talk about the Rise Collective, ARISE and the relevancy of their “softened” political message through song. Make sure to grab your passes here for the festival. 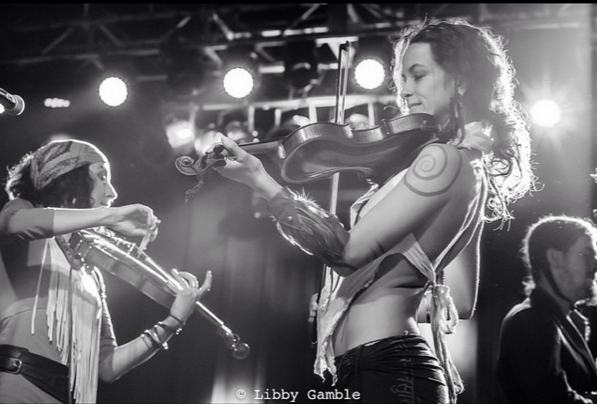 303: It’s a beautiful day here in Colorado. Where are you at in the world?

303: You and Chloe have been creating music and art for over 11 years now. How has your music shifted and stayed the same?

LS: I think our original relationship with the stage was that of an activist, and to carry political messages through the stage. I think our tone has softened — but not our message. With time and age, it has fluctuated. I think rather than holler at our audience, our music is asking listeners to find their own voice. And that’s what our latest album Wider Circles is calling to. To have more crossroads and dialogue with one another, and we are trying to create that space emotionally, musically and sonically.

LS: We are very content to still be playing the music in our collection, and it is still very fresh and inspiring to pull onto the stage. We are slowly cooking up new ideas with influence from trip-hop, hip-hop and transformational funk. We are going to get 12 different DJs to do 12 different remixes of our music.

Currently, Arouna Diarra, an amazing folk musician from West Africa, has been performing more and more frequently with us. He is one of the teachers of our drummer, Biko, who met him in Africa and studied with him here in the states. [Diarra] is amazing holder and curator of music. He’ll be with us at ARISE. 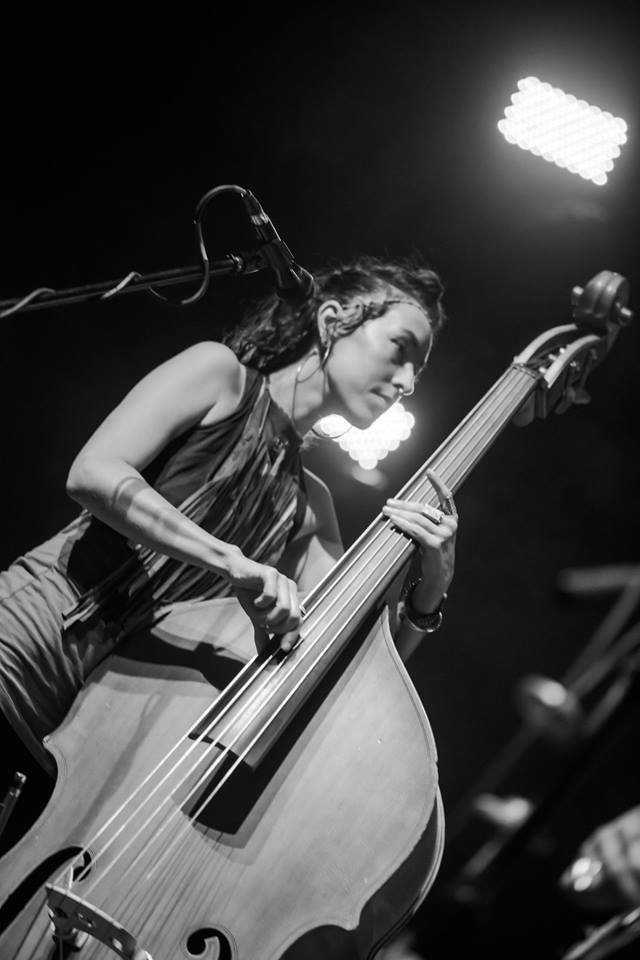 303: Can you talk to me a little about the Rise Collective you and Chloe started?

LS: The Rise Collective and Slow Music Movement is the work we have been doing that is bigger than just our own band. We are working on environmental, racial and social justice issues. We want to highlight other artists and educators, and make sure that our audiences is aware of how many people are at our table to stay focused and grounded to a much bigger work. The Rise Collective is with us always in that way.

303: You gave a TedxTalk on having a relationship with different communities. Have you found this easier to do as music has become more accessible?

LS: I actually find that the old role of the troubadour, of the song-carrier, is a bit more watered down now. I think it has to do with the speed of the music industry. I think in the old school days (and not to over-romanticize) the traveling storytellers and song-catchers would be apart of communities for weeks and months at a time. And now, you’re lucky if you can be in a space longer than a day or two.

“We study a lot of sacred music, and it’s powerful whether you believe in it or not because it’s singing about something greater than yourself.” 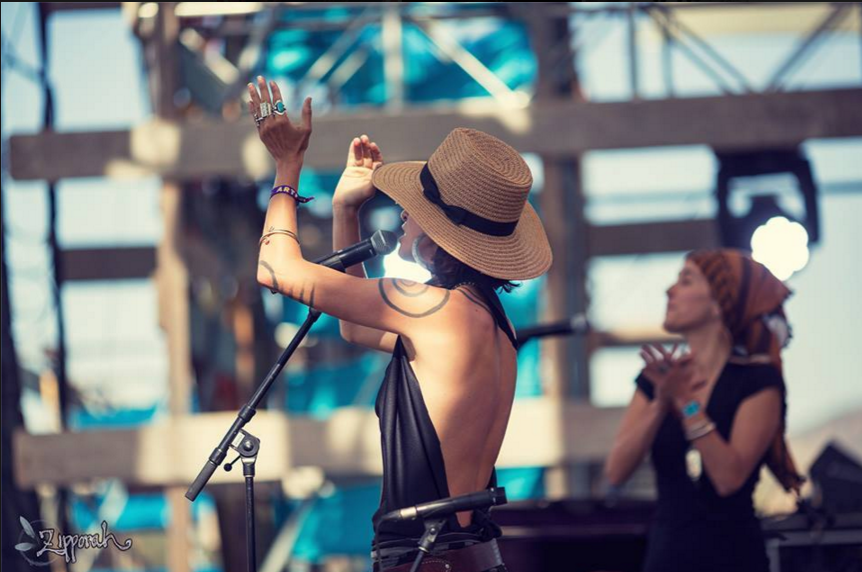 303: What is your songwriting process like? Do you go seeking for inspiration?

LS: It’s pretty random — I wish I could say we had this clear idea and wrote every day but it comes in bouts, and when inspiration comes, someone harnesses it. We will never run out of collective thinking, or current events, or a stumbled upon piece of poetry. The process is quite nebulous, and the traditional music of the south is pivotal to us — jazz, gospel traditions, soul.

303: Many of your songs dance around spirituality. What is about your past that brings about this?

LS: Chloe and I were raised with an unusual relationship with spirituality. Both of our parents had various ministry in the family, and they wanted us to have a well-founded education in all world religions. We grew up going to bible studies, synagogues, snake-charming services, mosques and gospel Sundays. Our mother took it upon herself to create our religious anthropology for our upbringing.

We learned so many different styles of religion — we never had to rebel from [anything]. We were given the opportunity to go wherever we wanted. It was clear to myself that I had a spiritual practice, but it was tied to nature, solitude and spending time with the sky and earth privately. I had a relationship with the wild and it became a spirituality for me. We study a lot of sacred music, and it’s powerful whether you believe in it or not because it’s singing about something greater than yourself.

303: I want to talk about the song “Spirit’s Cradle.” With all the violence that has happened these past several weeks, I turned to this song specifically. What inspired you to create this piece of poetry?

LS: That song has been tied to so much, and it was written after I had been doing some work in the prison systems in Atlanta where I grew up. And it came from seeing how corrupt and racially skewed our justice system is. It’s obvious it’s not a system helping anyone — not strengthening, providing opportunities; rather, it’s caging young and beautiful potential. It’s creating more fear and operating from a real damaging place. It’s relevant because our justice system is serving certain populations and punishing others.

We all have the language and the tools to speak about this, and to not turn a blind eye because it’s not affecting us personally. We need to be able to talk honestly about racism and white privilege, about over-policing communities and the history of oppression in this country.

303: What are you hoping to give to ARISE festival and receive back?

LS: We are excited to be part of the ARISE Community in a longer way. We are going to be there for the full festival, so we can have a little bit more of a relationship with the land. We are planning to arrive Thursday for Polish Ambassador’s Permaculture day.

That’s a fuller part of our principle — to be there and to be involved. We are teaching a workshop on global movement and sound, and how to utilize different tools, breathing techniques and lyrics to find more self-expression, both collective and communal.