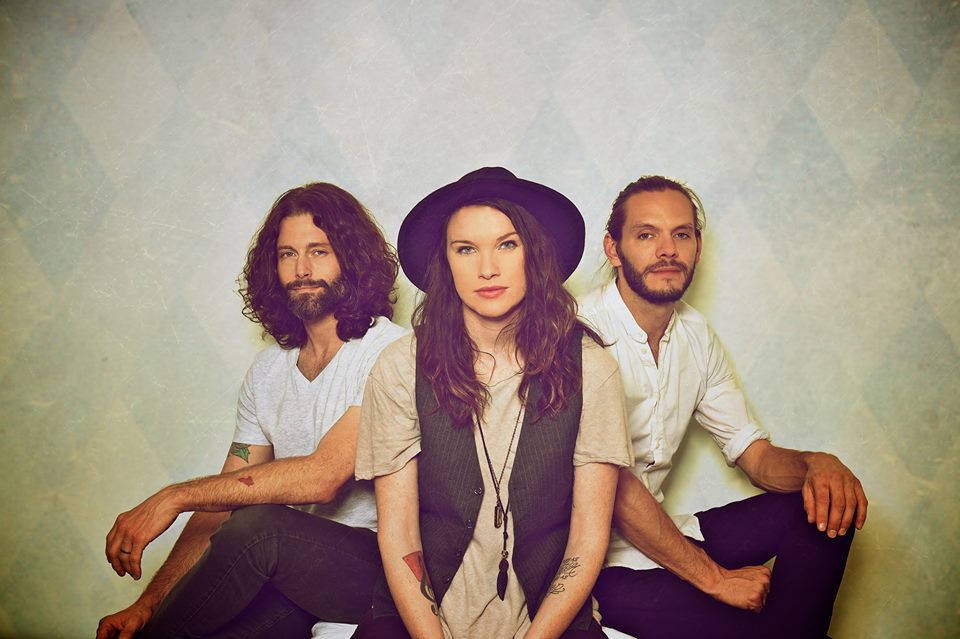 Haunting guitar strums, full vocals and subtle drifts from steady silences to beating drums, within this musical mixture you’ll discover Edison’s range of talents. Watch them hit the stage at Divide Music Festival Friday, July 22 at 6:15 p.m., and you’ll find the sunset even more vintage and dreamy with the backing of this band.

The three musicians came together while rambling out on the road, and their music showcases an eclectic style while maintaining a beautiful indie-folk persona. Based on their newly released single “The Good Fight,” they have been experimenting beyond their acoustic background. Grab your passes and get ready for another Denver local band to shake up your musical passions.

303 Magazine: How would you describe your musical style?

303: What’s one of your first memories of getting into music?

Dustin: I grew up in a house full of music because my grandparents, dad and brother all played. My first band formed when I was twelve and have been playing ever since.

Maxwell: Playing ‘Anyway you want it’ by Journey (on repeat) on my Fisher Price record player. A few years later, I discovered The Spice Girls and wanted to marry music.

Sarah: My next door neighbor when I was little was a musician, Mr. Robin, and he’d play guitar and sing out in the driveway every night in the summer. His daughter was my best friend and all of the kids would dance and sing along. It planted a huge seed.

E: It happened naturally on the road. Sarah opened for Dustin’s former project on a tour to South by Southwest. During that tour, they began jamming late night at hotels and months later played the first show as Edison. Fast forward one year later and Maxwell came on tour to SXSW 2015 doing his solo project. By the end of tour, we were all playing together and knew he was the final missing piece.

303: What aspects of Colorado influence your sound and where do you enjoy playing while here?

E: The natural beauty of Colorado plays a heavy hand when looking for inspiration.  We rented a cabin in Fairplay last summer to write, and the landscape around us helped influence the sounds on our upcoming album.

We’ve had the chance to play some incredible venues this last year (Mishawaka, Belly Up, Bluebird) but our favorite place is The Downtown Artery in Fort Collins. They really champion local bands and the venue has great production quality and the staff makes you feel at home.

303: What are you looking forward to at Divide?

E: We’re most excited for our set and opportunity to play alongside so many artists we admire (like Cake, Edward Sharpe, The Fray). We typically get to experience the mountains in the winter and are excited to come home from tour to play in the summer at Divide Fest of all places.

E: We started the summer with a tour and residency in New York. After playing Divide Music Fest, we’ll stop at The UMS in Denver and Bohemian Nights in Fort Collins. Then we have a long fall tour planned around the release of our debut LP, Familiar Spirit.