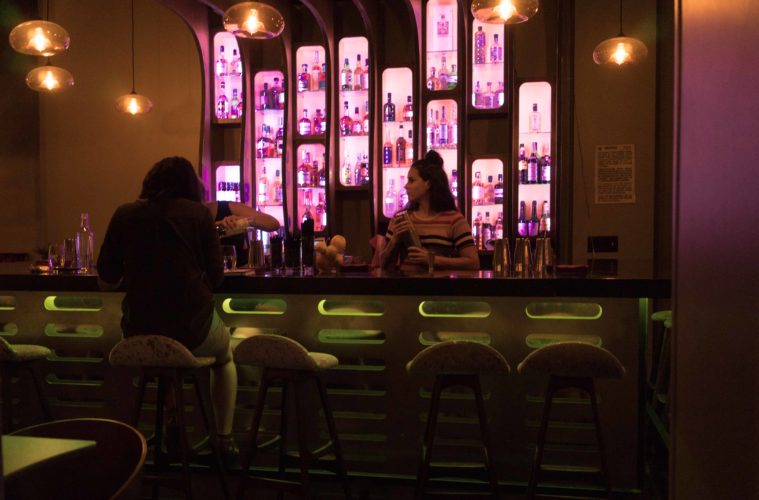 Retrograde. All photos by Brittany Werges

Retrograde, Uptown’s Newest Bar is Hidden in A “Cool” Place 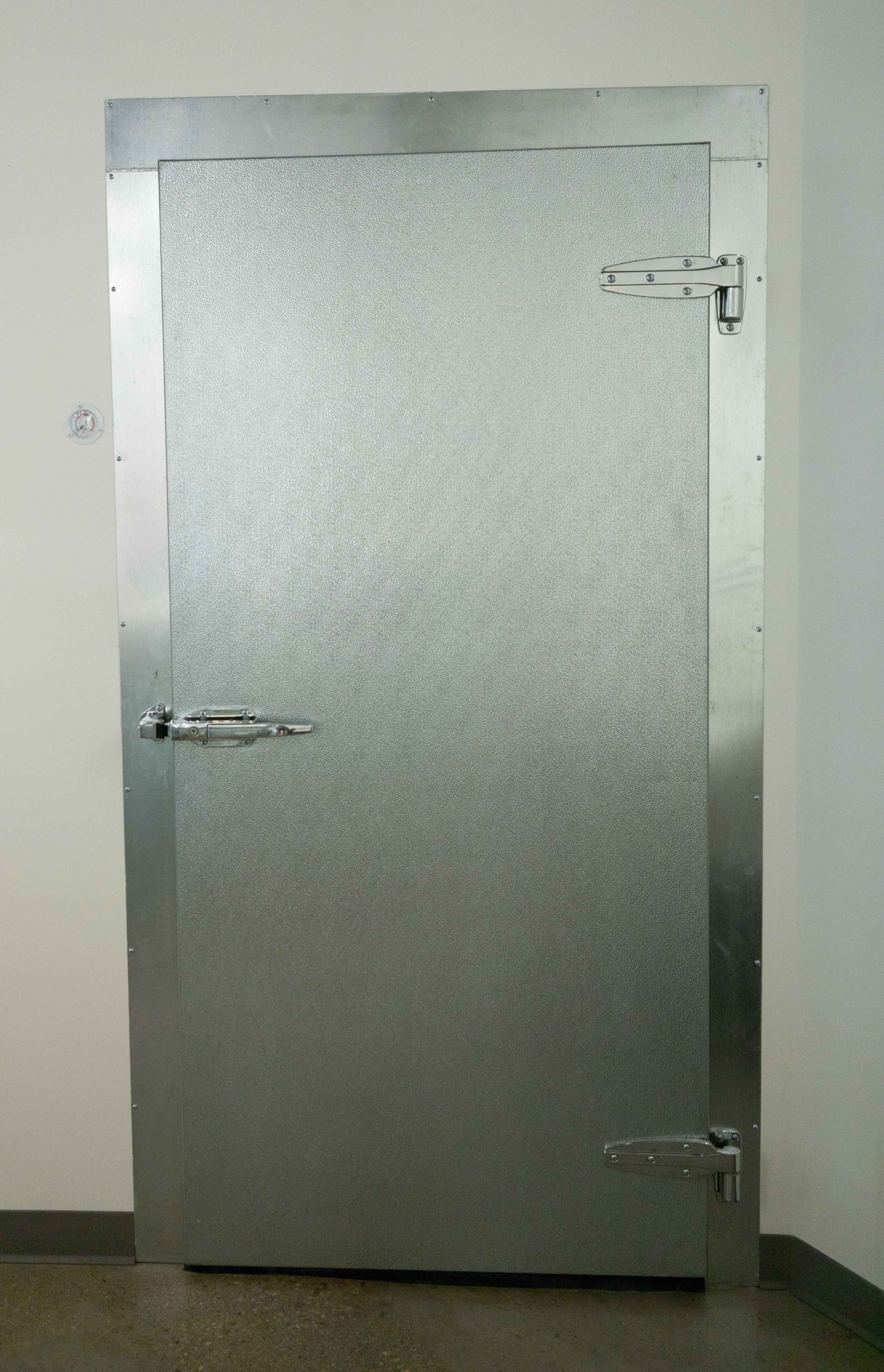 Though the heavy freezer door at the back of Frozen Matter ice cream shop appears to be nothing more than the entrance to the walk-in cooler, it will seemingly transport you to a new dimension. From the fluorescent glow of the ice cream parlor, you’ll move into a blacklight realm that changes the innocence of an ice creamery into the seductive allure of uptown Denver’s hidden new bar. Retrograde takes the style of a classic cocktail bar and layers it with a futuristic, outer space vibe. From their “astronaut food” to their brightly colored cocktails, Retrograde is promising you an out-of-this-world experience.

Owners, Gerry Kim and Josh Gertzen, opened Frozen Matter in early April. The ice cream parlor was an immediate success, selling out two weeks worth of inventory in just four days during its opening week. But creamy treats aren’t the only thing this ice cream shop has to offer. On Monday of this week, Frozen Matter opened the door (freezer door, to be exact) to the shop’s built-in bar, Retrograde.

Kim and Gertzen brought in bar manager, Luke Ramos, to do the seemingly impossible—make eating ice cream even more refreshing and enjoyable than it already is by offering up his creative cocktails alongside it.

“We wanted to create a more complicated, adult experience with ice cream,” Kim said. Not only can you take your double scoop waffle cone into the bar with you, but the parlor serves up liqueur inspired ice cream flavors, beer floats, and spirit and ice cream pairings including vanilla bean and amaretto or almond toffee and blanc vermouth.

The bar offers an assortment of wines, eight different beers, and 10 specialty cocktails with names as ingenious as their ingredients, including a delicious twist on the classic mojito called “Little Green Ghouls, Buddy!” ($11) (any “It’s Always Sunny in Philadelphia” fans out there?) This bright green cocktail contains a stellar combination of Death’s Door gin, Dolin blanc vermouth, lime, cucumber ice, burnt rosemary and tonic. From the first sip, a war to win over your tastebuds breaks out between the cucumber and rosemary. It’s cool, it’s refreshing, and the bartender lights something on fire, need we say more? 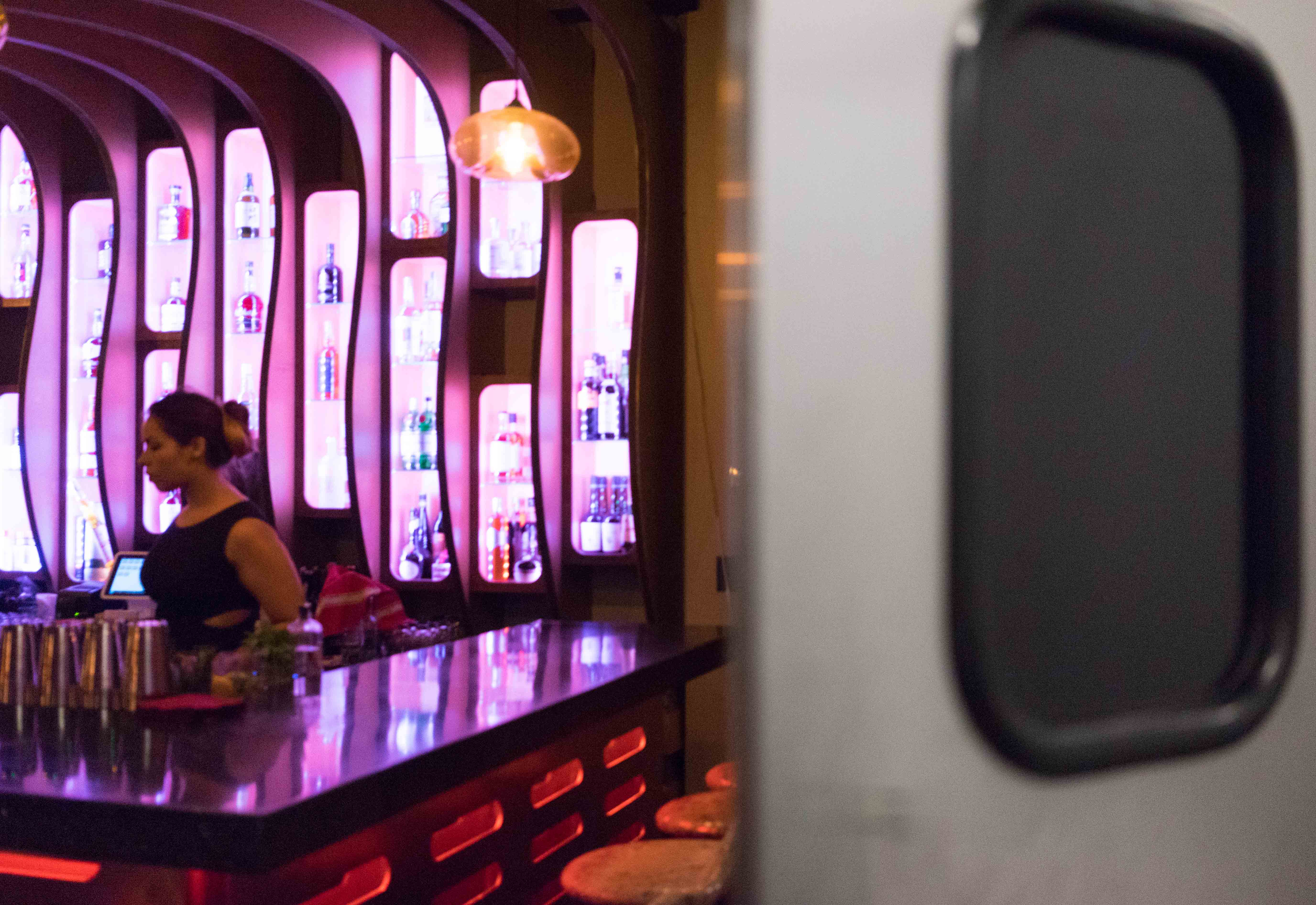 What lies beyond the freezer doors at Frozen Matter.

If you’re in the mood for something as sweet and smooth as your ice cream, you might want to try the Brooklyn Pacifier ($12), Ramos’ take on a New York Sour. This tastes as enchanting as it looks. With a mixture of Mellow Corn whiskey, lemon, vanilla, egg white and tempranillo red wine, the Brooklyn Pacifier definitely pacifies your sweet tooth.

Ramos said his bar drinks are made the same way the ice cream is made– with extreme attention to detail and creativity. “I wanted to create something people will have fun drinking and something my staff will have fun talking about,” he said.

Just by word of mouth, the residents of uptown Denver are quickly figuring out the walk-in cooler at Frozen Matter isn’t simply where the shop stores its ice cream. The owners said they knew from the beginning what this intriguing fusion of drinks and dessert would look like, and now the vision has finally come to life. Ramos described their brainchild as “a focused mess of serious work and stupid fun.” The ultimate goal, they agreed, was for their customers to have a “transformative experience” when they walked through that freezer door.

“We want people to rethink what a cocktail bar can be,” Ramos said. “This is a place that doesn’t look or feel like anything else in town and I think that’s what was attractive about it to me in the first place.”

Retrograde will be celebrating its official opening this weekend, June 10 through June 12, and you can reserve your spot here. 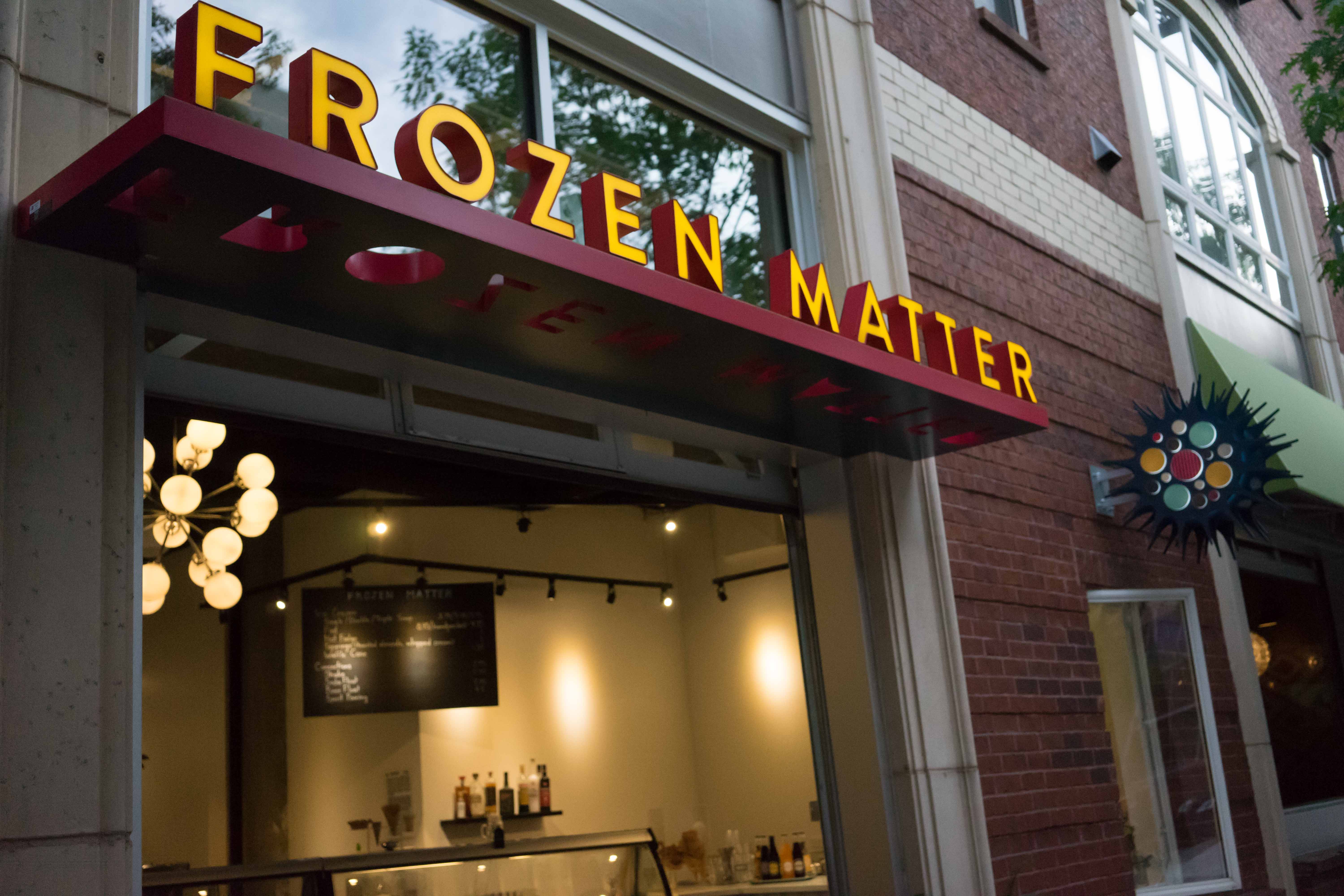 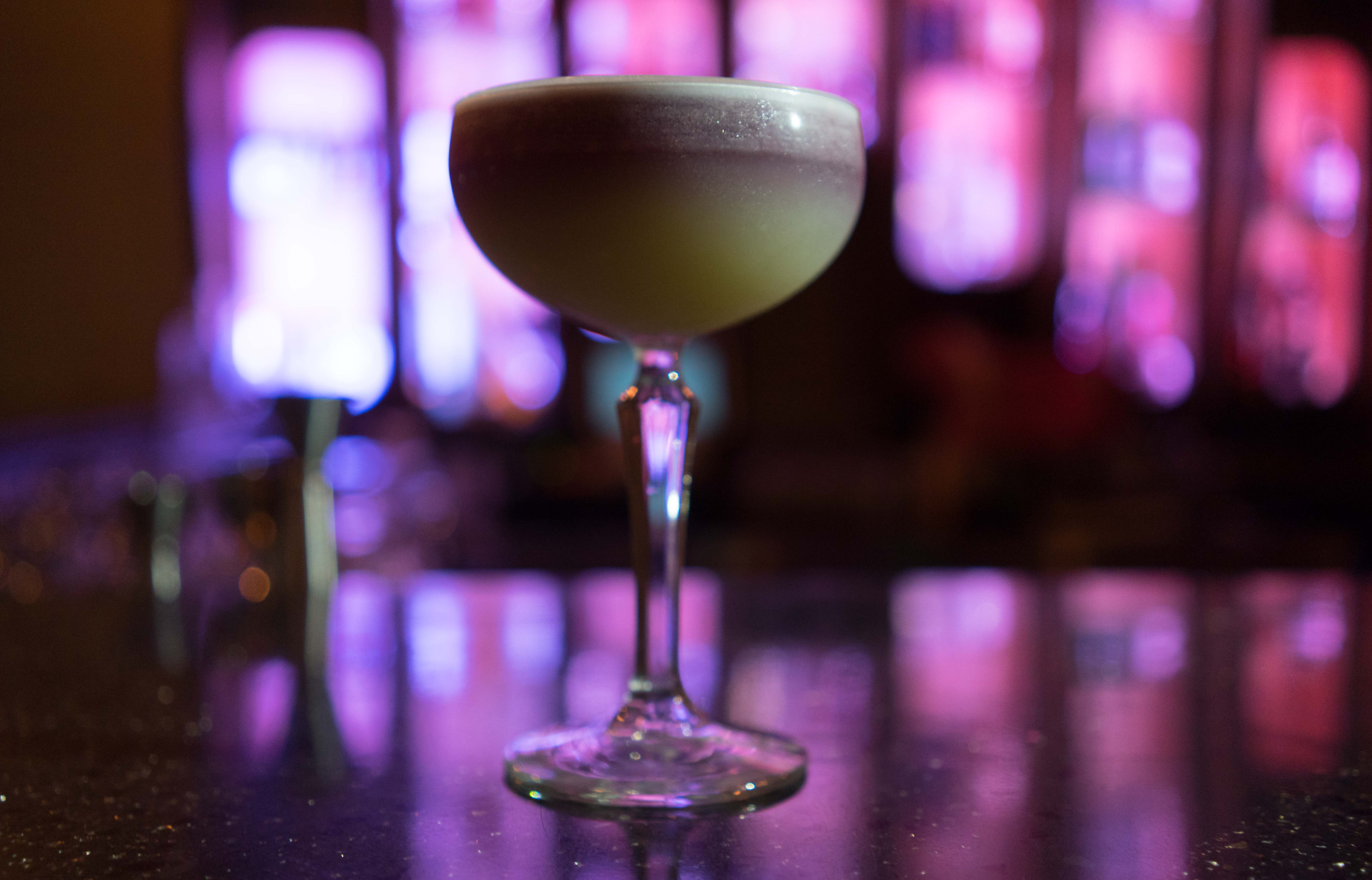 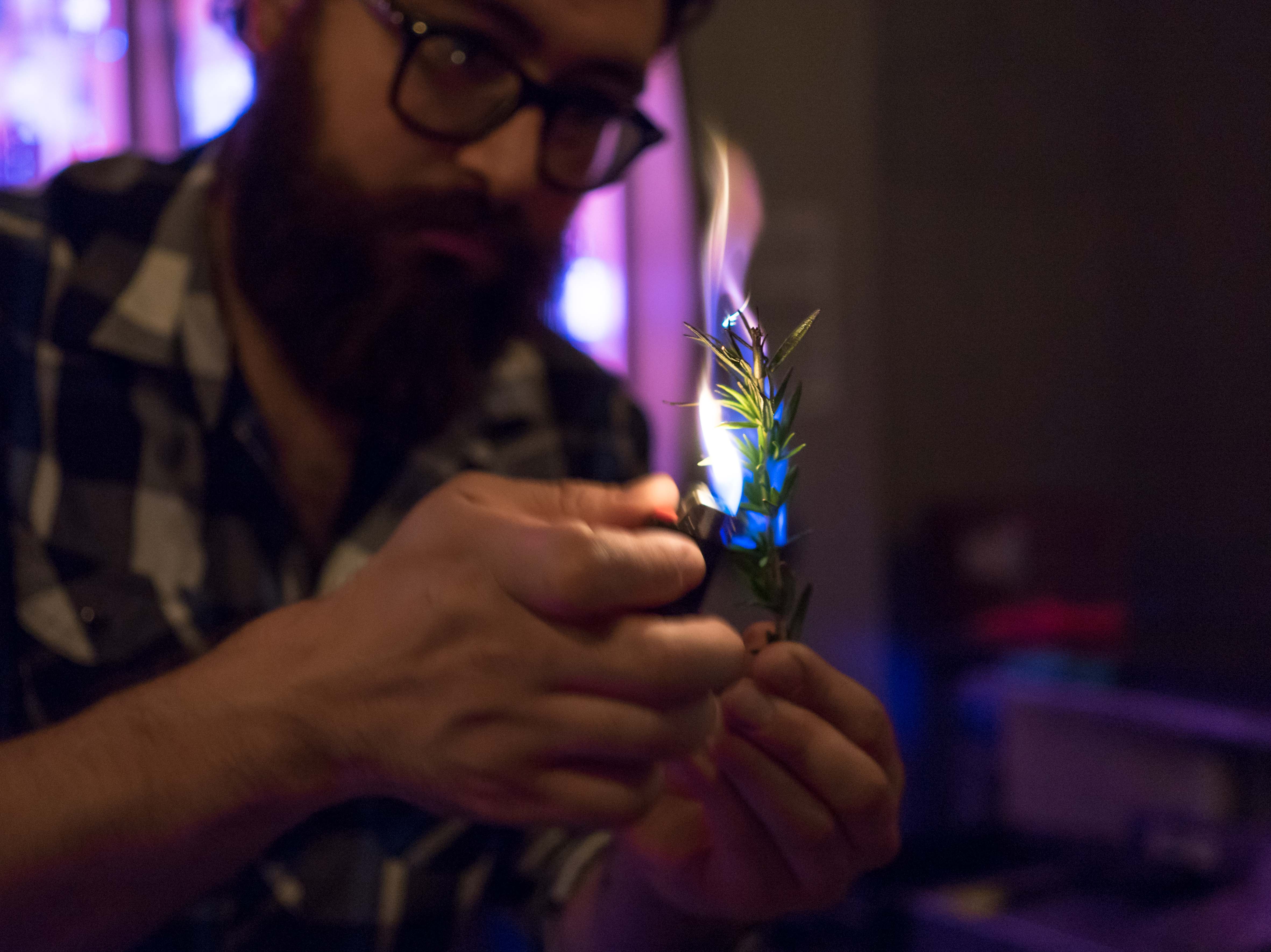 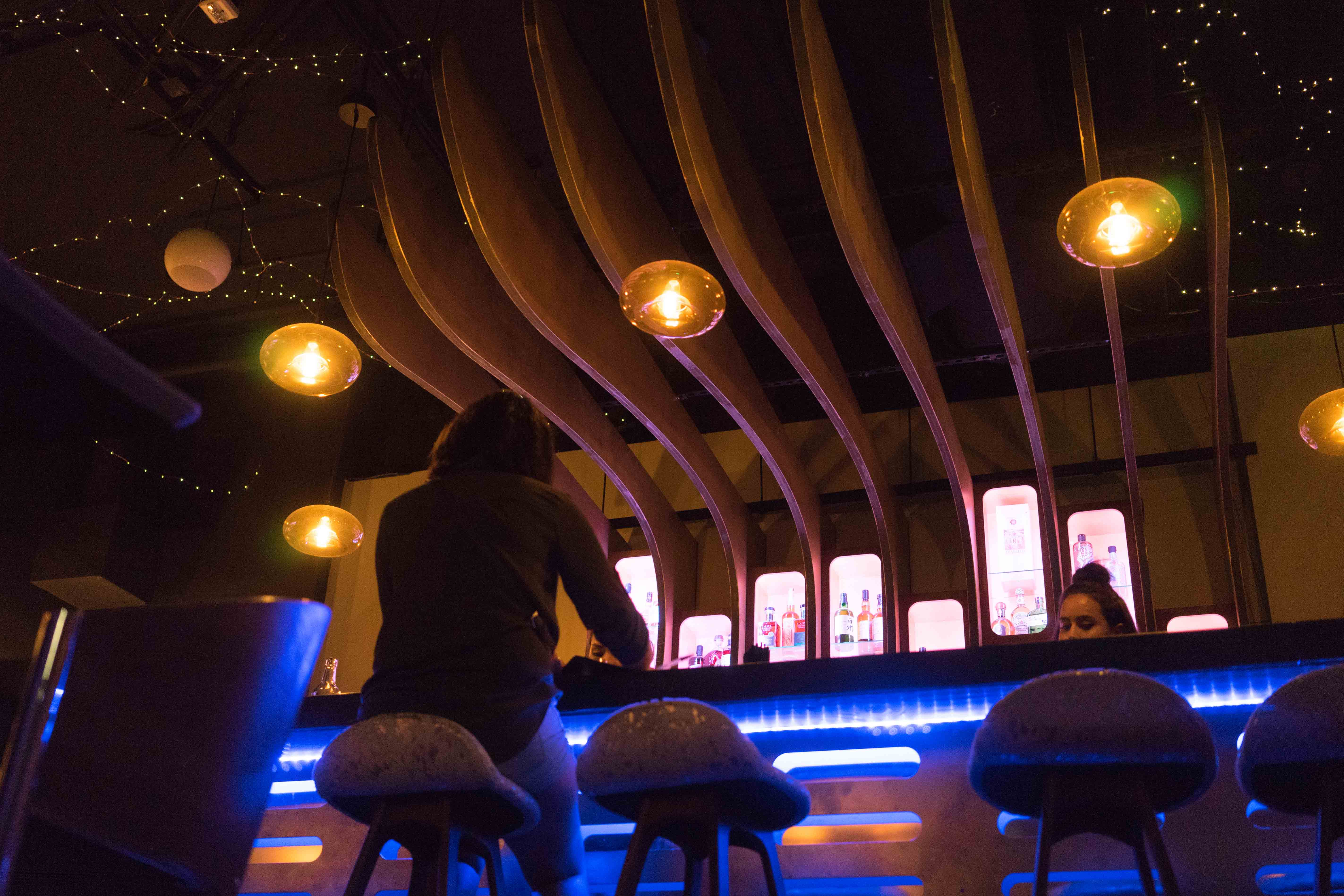 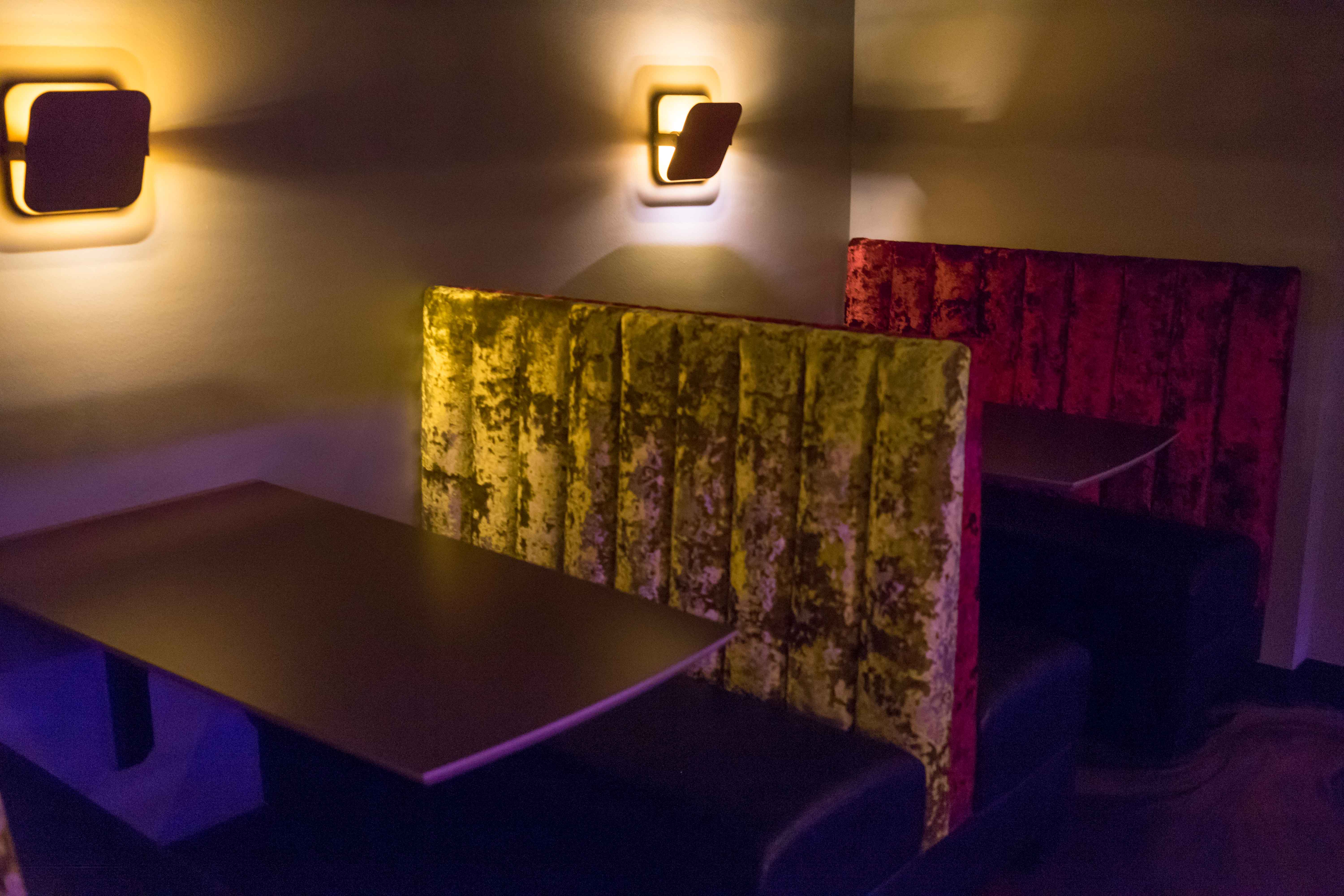 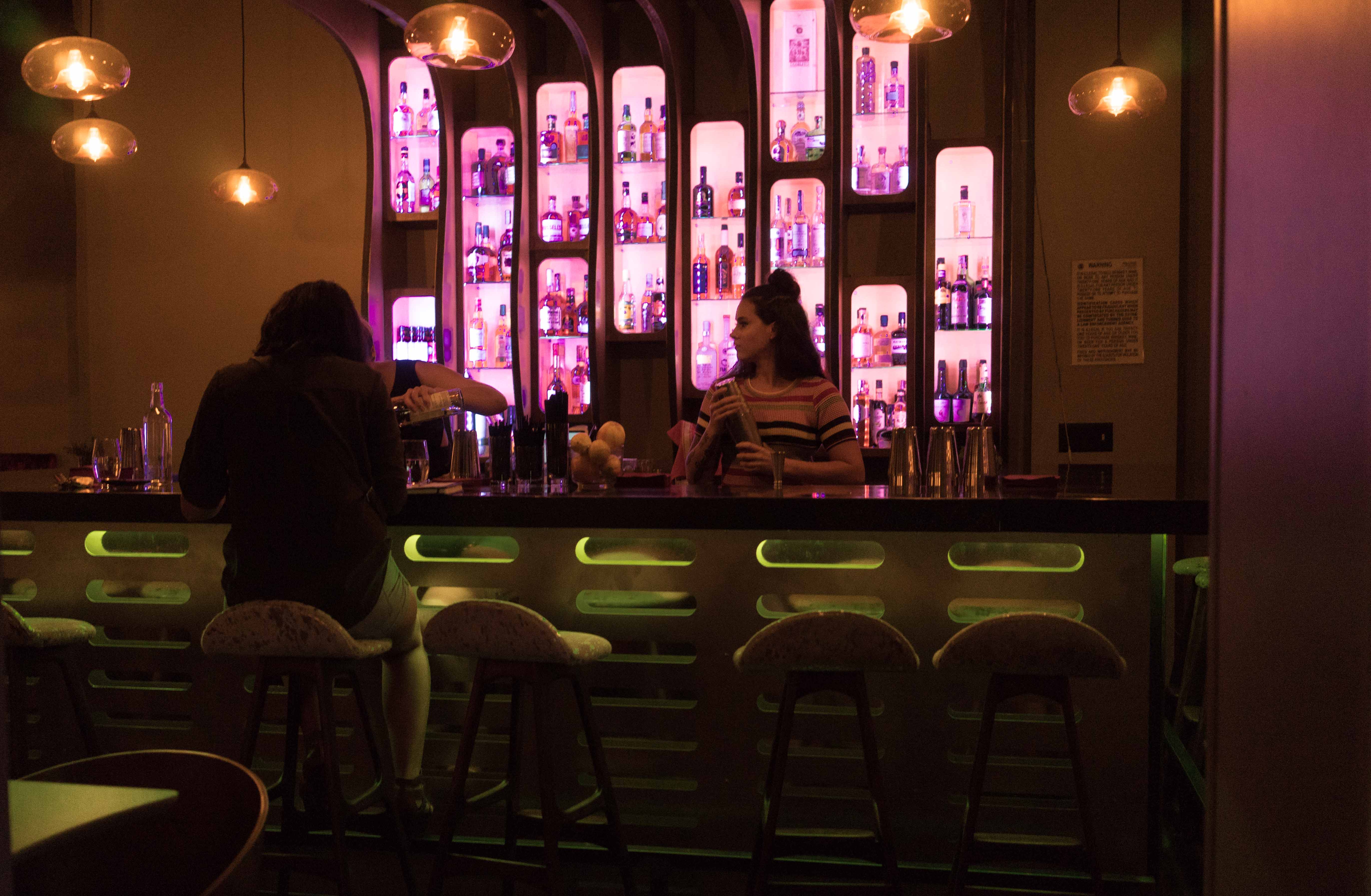