Denby GardinerJune 13, 2016Music
Home
303 Magazine
5 min read
With the Red Rocks season taking off without a hitch, it was time for a real rager. Rage Rocks last Friday was just the event to make that happen. It included a ridiculous lineup consisting of legends Pete Rock, Rahzel, Manic Focus, The Wailers and funk masters Lettuce.
The weather shifted throughout the early evening, quickly swapping out sunshine and blue skies for wind and waves of dust. This did not damper the evening, however, as opening acts Pete Rock, Rahzel and Manic Focus kicked off the night with nostalgic hip-hop and funky jams. 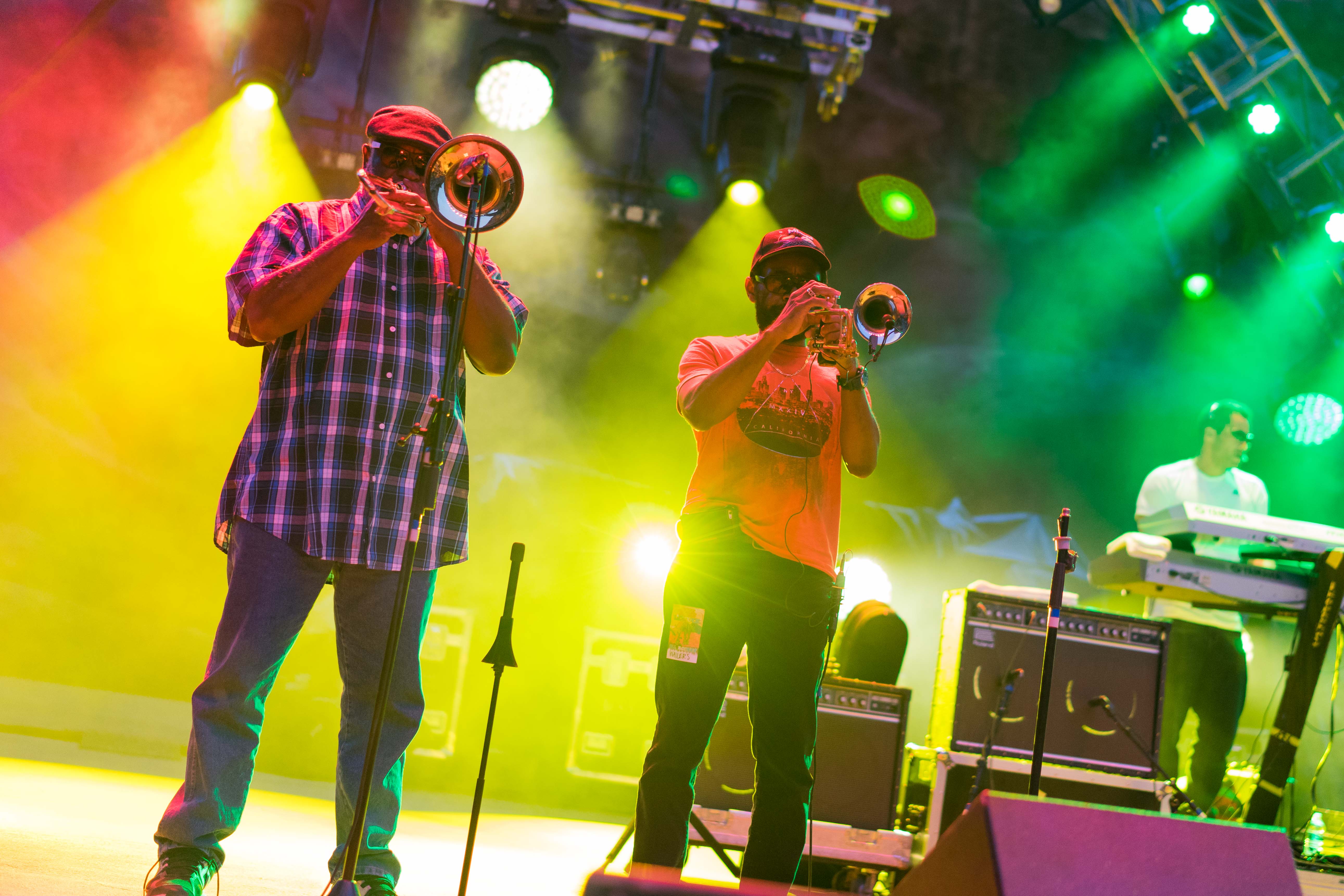 In prompt accordance with the released schedule, The Wailers entered the scene at 8:30 pm sharp, just as the sun was setting behind the stunning venue. The masses swarmed from beer lines to greet the red, green and yellow lights dancing over the stage as the exceptional icons assembled their positions. 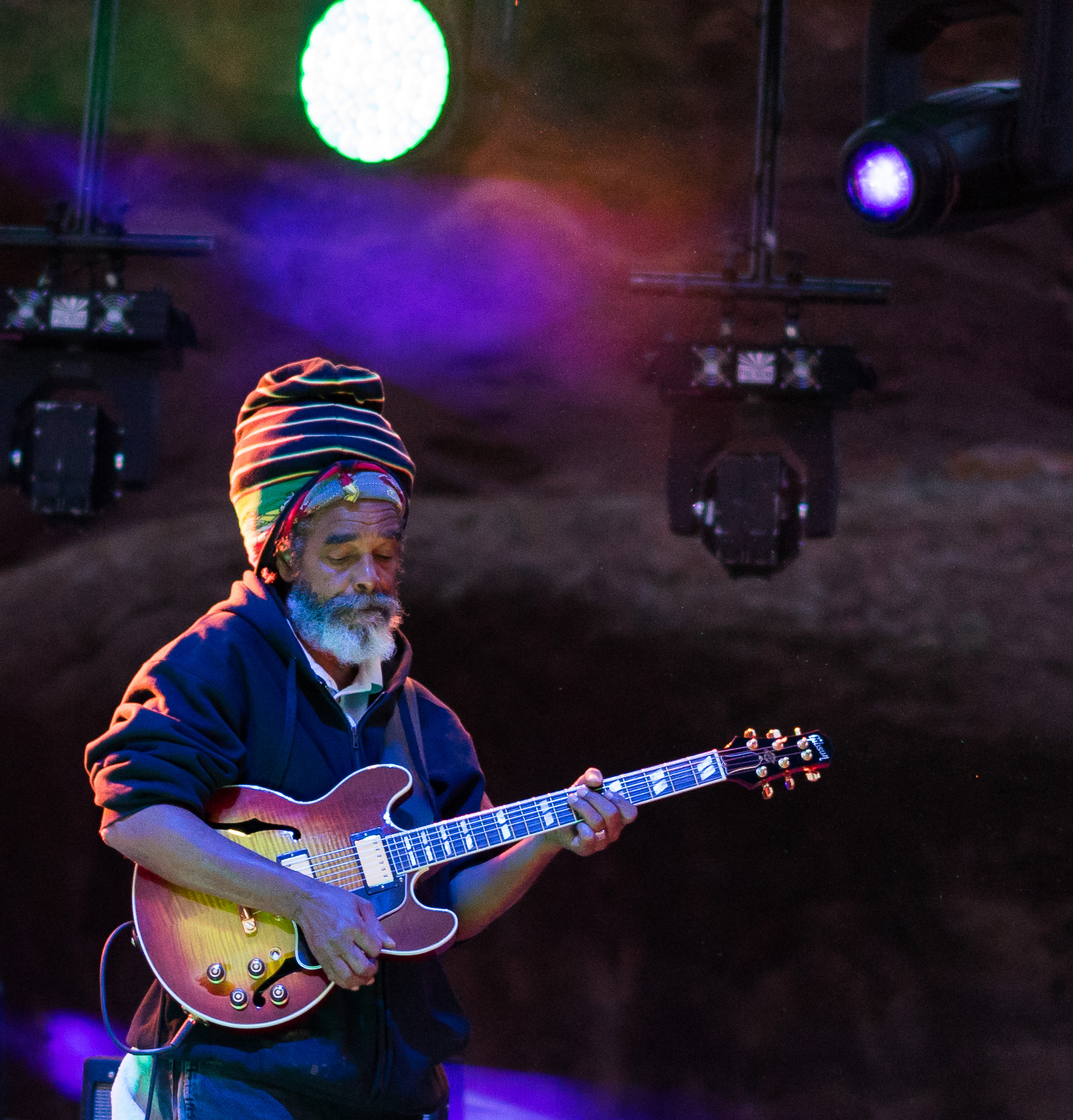 Aston “The Family Man” Barett, one of the two Barett brothers, both of who were members of the beginning Wailers lineup, still leads the band today. Barrett manned his normal rasta themed beanie, and shredded the guitar with the same soul that he has been doing for decades. 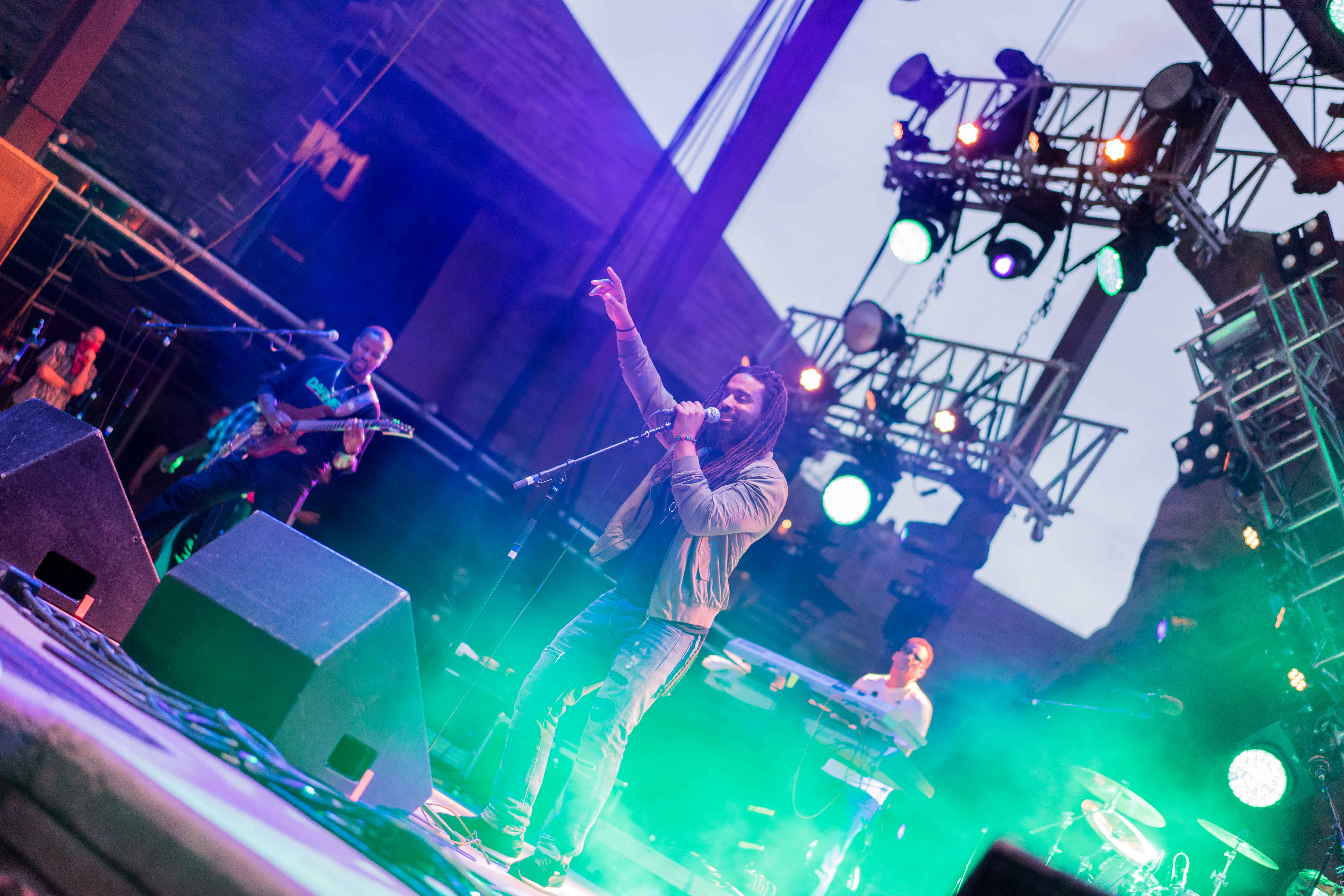 Representing the vocals of the Wailers was none other than Koolant Brown, who took on the performance of Exodus on by storm, giving the crowd exactly what they wanted. Tracks like “Jamming” and “Waiting in Vain” united fans young and old into a audience-wide sing-a-long, evolving into extended one-of-a-kind versions.

“‘Come together now, no fussing and fighting,” Barrett demanded over the crowd. Cheers erupted out into the night. A stunning and majestic “Three Little Birds” took over the spotlight and involved every member of the crowd. A live painter could be seen to the bottom of the audience left, creating a face among swirls of color. “One Love” and an epic “Exodus” wrapped up the tremendous set. 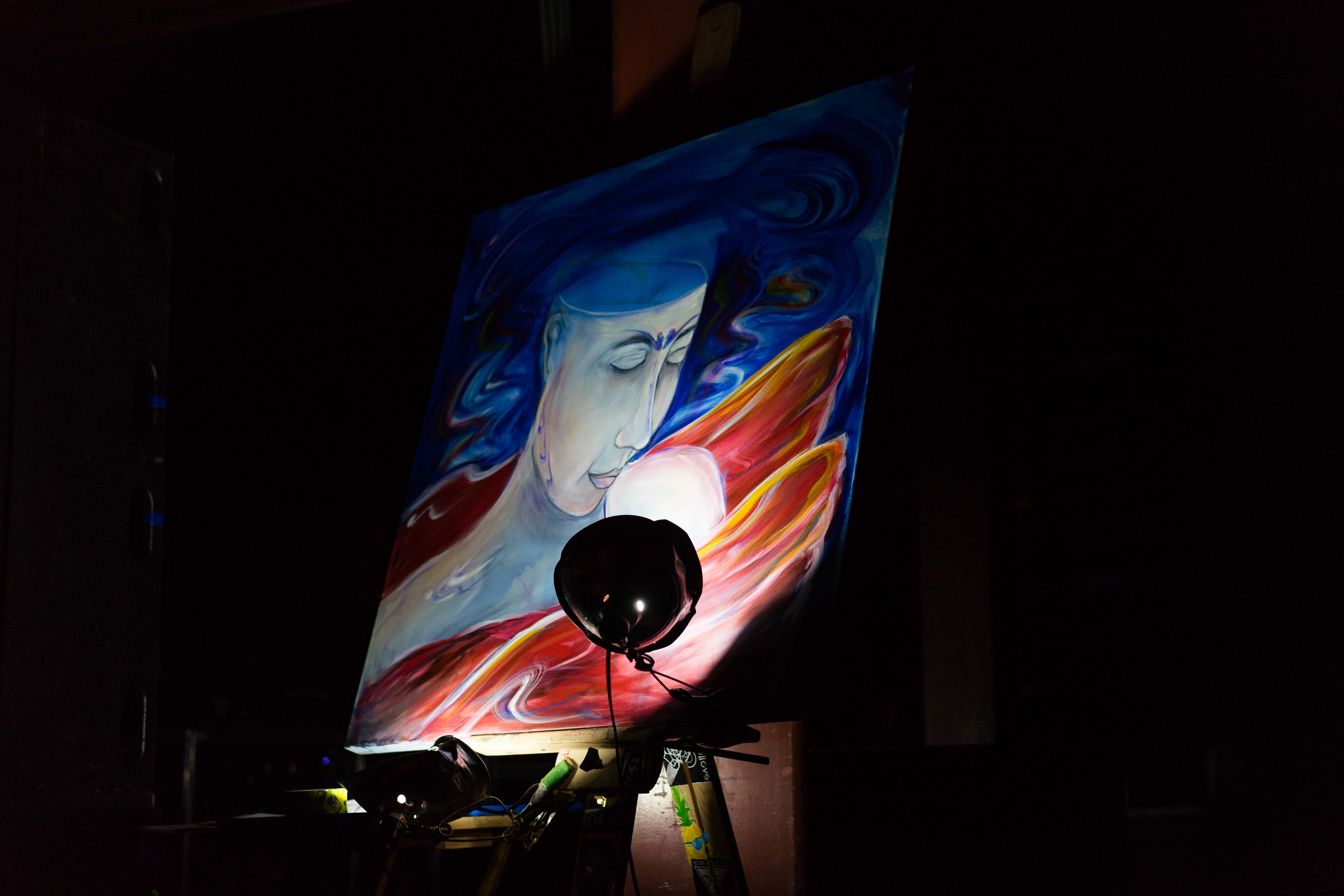 With the crowd revved up for the evening, funk powerhouse Lettuce took the center of attention by bumping “Scenario” by A Tribe Called Quest as they walked out and took their places. The band that has been bringing the funktastic times for two decades was headlining the legendary venue for the second time, having done so first last year along with The Motet.

With last year’s release of Crush, the band had plenty of fire to throw down with on Friday night. Lengthy jams like “El Pedal” had everyone moving intensely, creating a deep sea of swaying motion reflecting the colors shining from the performance. With some of their members having been with the group since 1992, the band showed their experience as they executed a perfectly orchestrated set, especially during a fan-adored “Get Greazy.” The band currently consists of Shmeeans, or Adam Smirnoff and Eric Krasno each on the guitar, the multi-faceted Adam Deitch on drums, Erick (Jesus) Coomes on bass, and Ryan Zoidis playing alto, tenor, and bari sax, Eric Bloom on Trumpet and finally Neal Evans on the keys — each of which got a lengthy bit of spotlight to showcase their own unique sound. 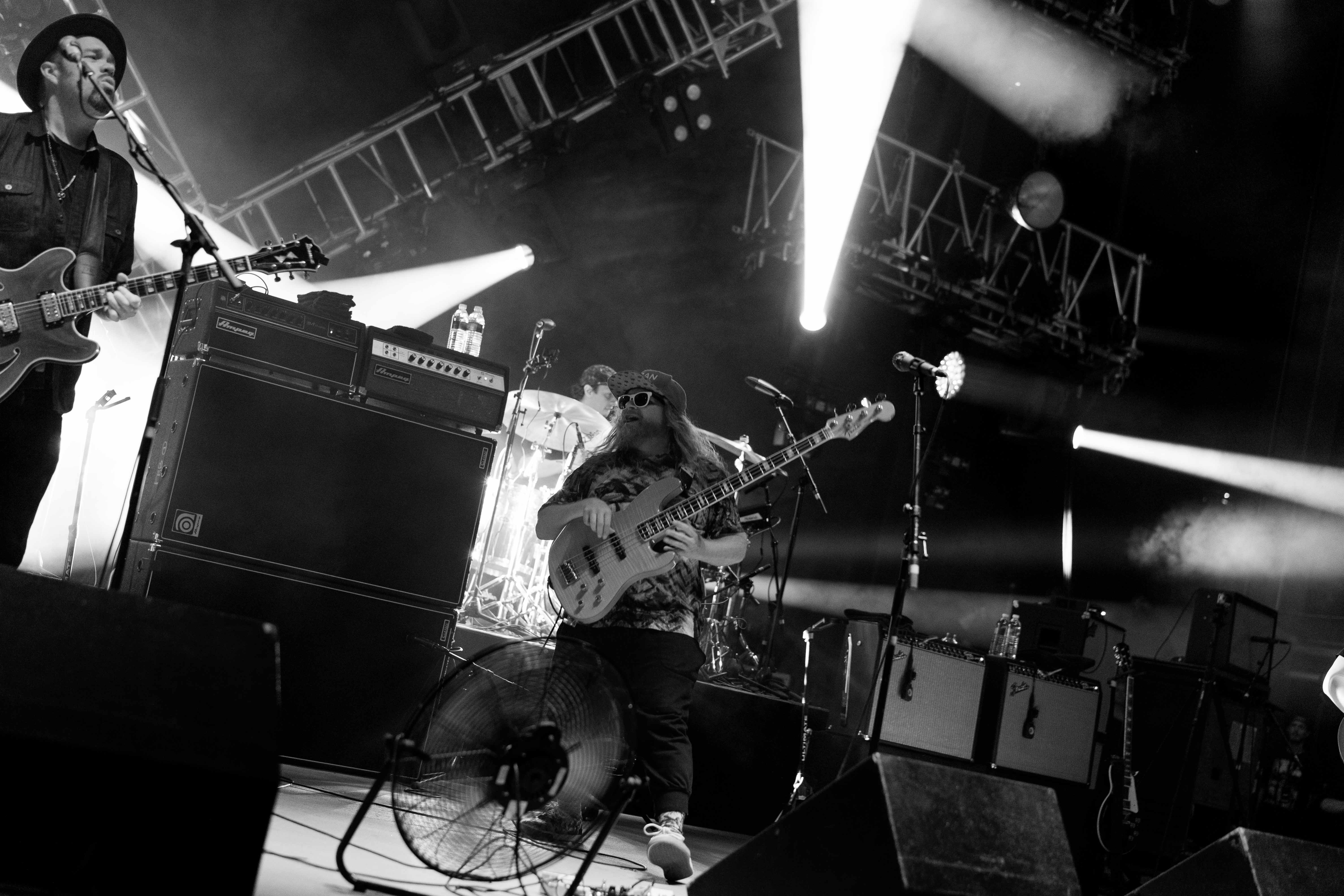 The Dilla tribute “Mr. Yancey” reached into the hearts of old school hip-hop fans, which with Pete Rock and Rahzel opening, it surely didn’t go unappreciated.

“Sounds Like a Party to Me” brought up a new wave of energy from the band and concertgoers, spicing up the evening with shouts of the lyrics. Nigel Hall of course joined the band, and with him the Brooklyn based funkateers channeled a more soulful sound. An amazing Bill Withers cover of “Still a Friend of Mine” grooved sweetly to the warm, perfect air winding around the happy faces. “Do It Like you Do” was the exceptional final tune that rocked the fine set into conclusion, after which the crew took off the stage for a momentous break before returning for the encore.

Upon their re-emergence, a horn-drenched “Phyllis” serenaded the eccentric fans into an end of a magical evening. “It’s a dream come true to be here right now, thank you Red Rocks,” a member shouted out over the venue. The band then took a group photo and exited for the evening. It was an incredible night for a staple group in the funk genre, solidifying which will hopefully become an anticipated yearly event at the beloved Red Rocks.