A new cocktail spot opened on 13th Avenue and Pearl Street in Capitol Hill, bordered by Wax Trax Records, Jelly Cafe and Kilgore Books. Jake Soffes, owner and visionary of Hudson Hill, created the upscale watering hole with comfort and ambience in mind. The blonde wood, fresh herb wall and airy light feel of this bar recall warm summer days relaxing in your backyard. Hailing from New York with 13 years of hospitality experience, Soffes moved to Colorado for his love of the outdoors. While working at ChoLon, he saw the possibility of owning his own place and took the chance when finding Cap Hill to be lacking in a 5 o’clock cocktail haunt. 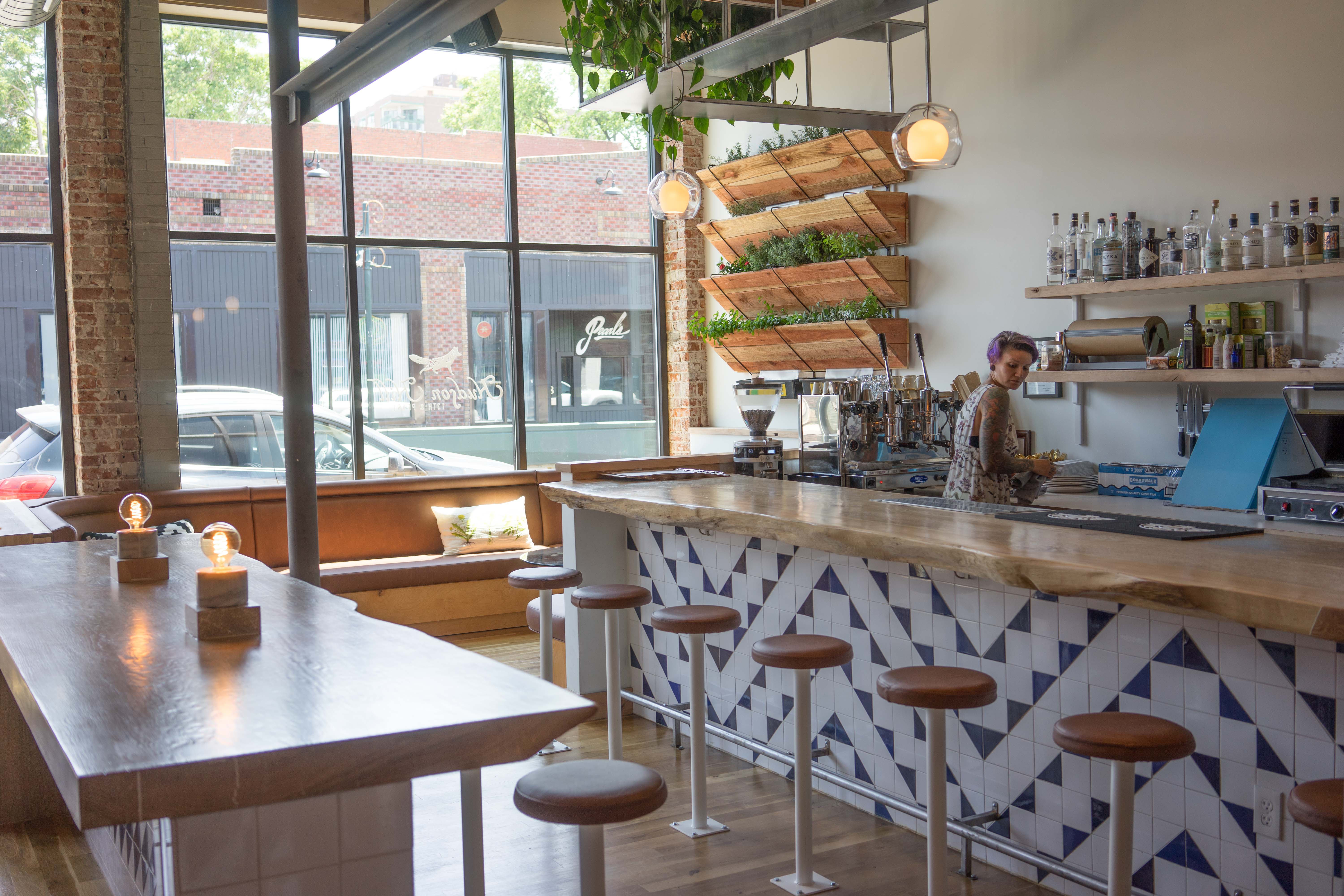 Danielle Solano behind the bar. Photo by Brittany Werges.

An accidental mishap has led to the woodland vibes of the place, as Hudson Hill’s bar window is adorned with an insignia of a fox. The artist misinterpreted the squirrel found in Hudson’s Bay company logo. Along with the herb wall, they also receive fresh herbs from a teacher at nearby Morey Middle School. She started bringing them mint, but resident bartender Danielle Solano requested lavender and other garden accoutrements as well. Solano, a former Broadmoor bartender and student of the ancient craft of agave tequila (she has traveled to Mexico numerous times and studied the production of agave tequila in ancient sills of clay) creates masterpieces with every pour and sprig of lavender. Everyday at Hudson Hill, she spins a specialty cocktail and pairs it with vinyl records they have collected from Wax Trax. On our visit, Solano crafted a variation of the classic Pimm’s Cup with the addition of palm sugar simple syrup, a lemon thyme sprig and Mahon gin—a grapefruit-clove gin that has a distinct salinity from the Spanish Island of Menorca, where it has been crafted since 1708. Paired with James Taylor’s Greatest Hits, there was really something in the way she moved. 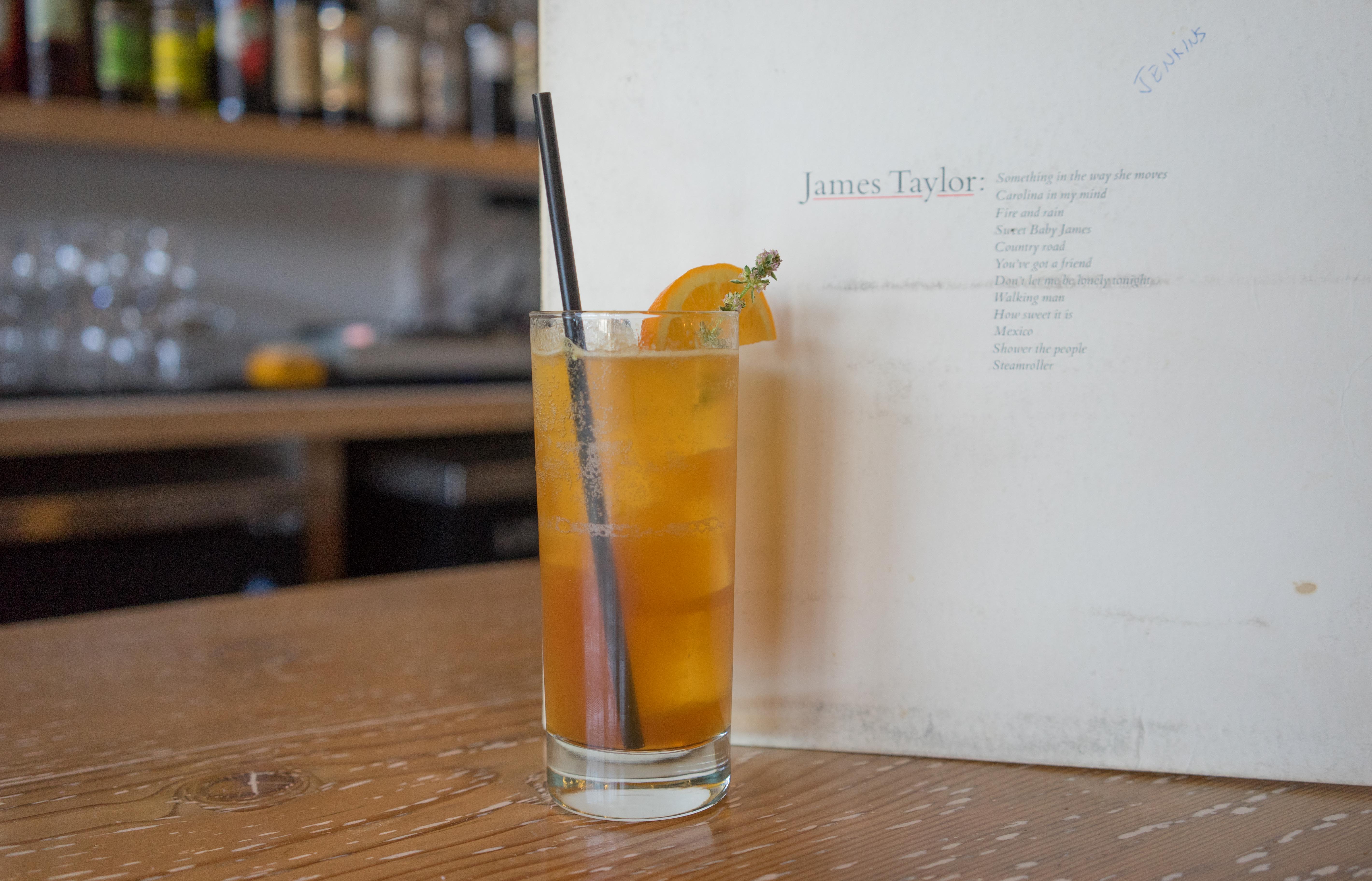 The simple menu is adorned with original concoctions of 5 or 6 ingredients. The Lenox Avenue, the first drink created for the new bar, features a diverse flavoring of Black Strap Rum, fresh lime, egg whites and cinnamon cane syrup. It tastes exactly of French toast with a bit of alcohol. A budget drinker will find a $5 pairing of Genesee beer and shot of Jim Beam to their liking. But on increasing scorching days of Denver summer, it is nice to sit on the science class stools and cool off with one of their weekly granitas created from fresh juices and house-made shaved ice. This week was a Dreamsicle with Elevation vodka, Mexican Fanta, fresh tangerine and grapefruit juice topped with house-made vanilla syrup. Served with a golden spoon, it feels as if you are the princess (or prince) of boozy Italian ice.

Pair any of the drinks with the grilled cheese, packed with Blue Shropshire and grilled inside out with heaps of French Butter. It is the adult grilled cheese for unwinding, adorned with Dijon Mustard and Pickled Okra for an added kick.

The exquisite taste of the drinks can only be surmounted by the delightful demeanors of Soffes and Solano. True artists of their craft, they revel in making every customer feel right at home. Happy Hour has been extended to 7 p.m. for all those late workers, so stop on by and enjoy your after work hours at “The Hill.” 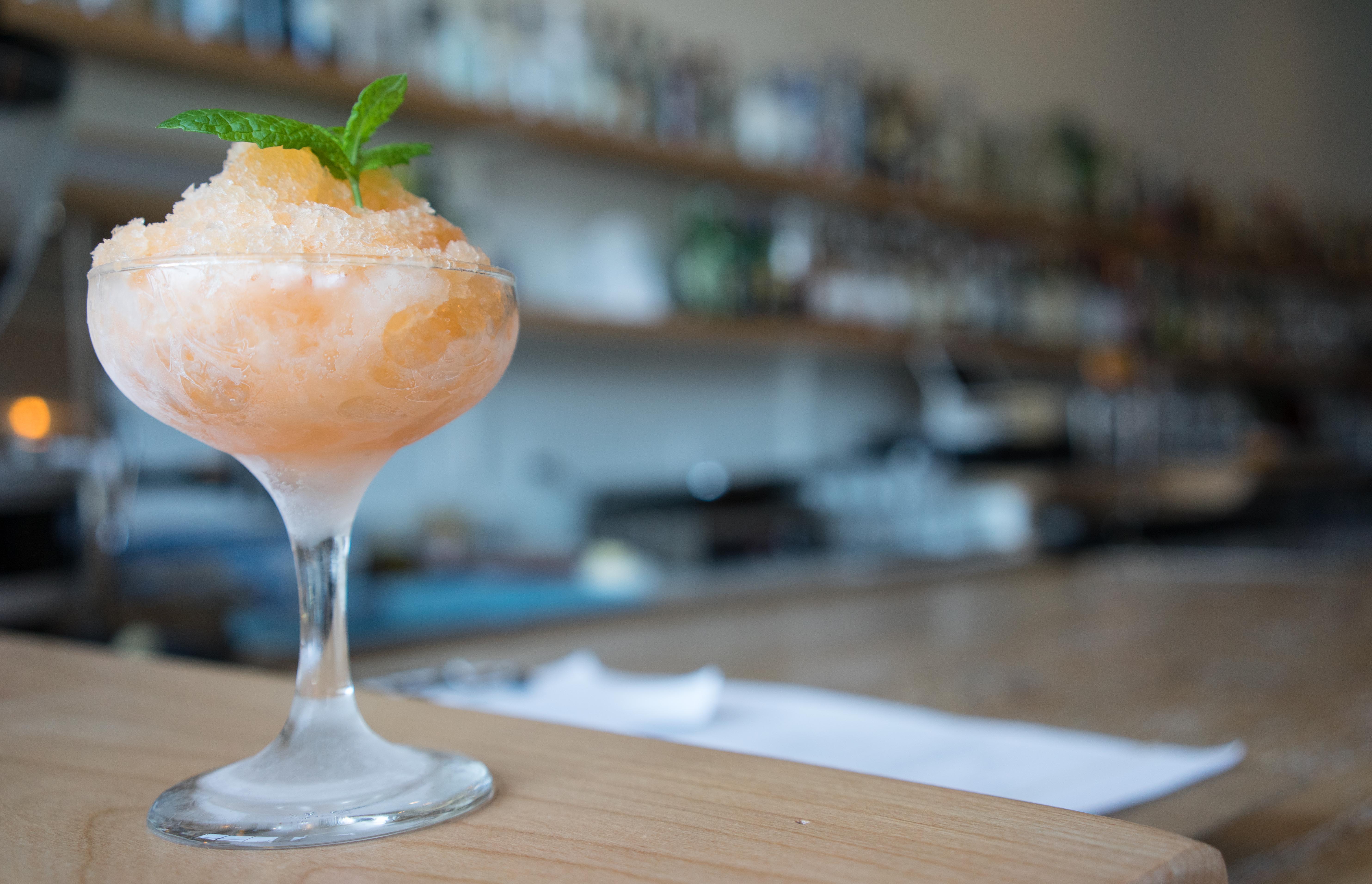 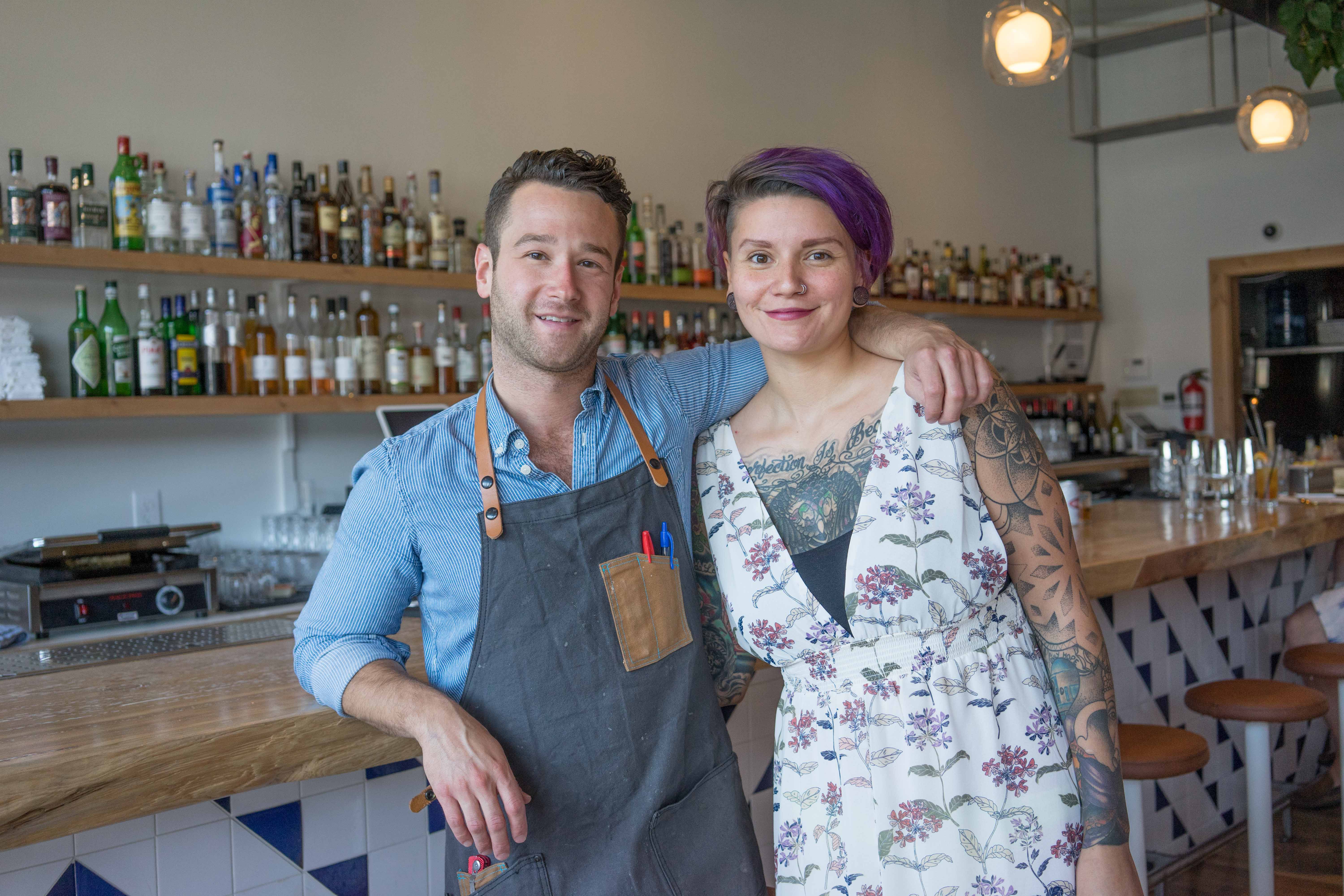 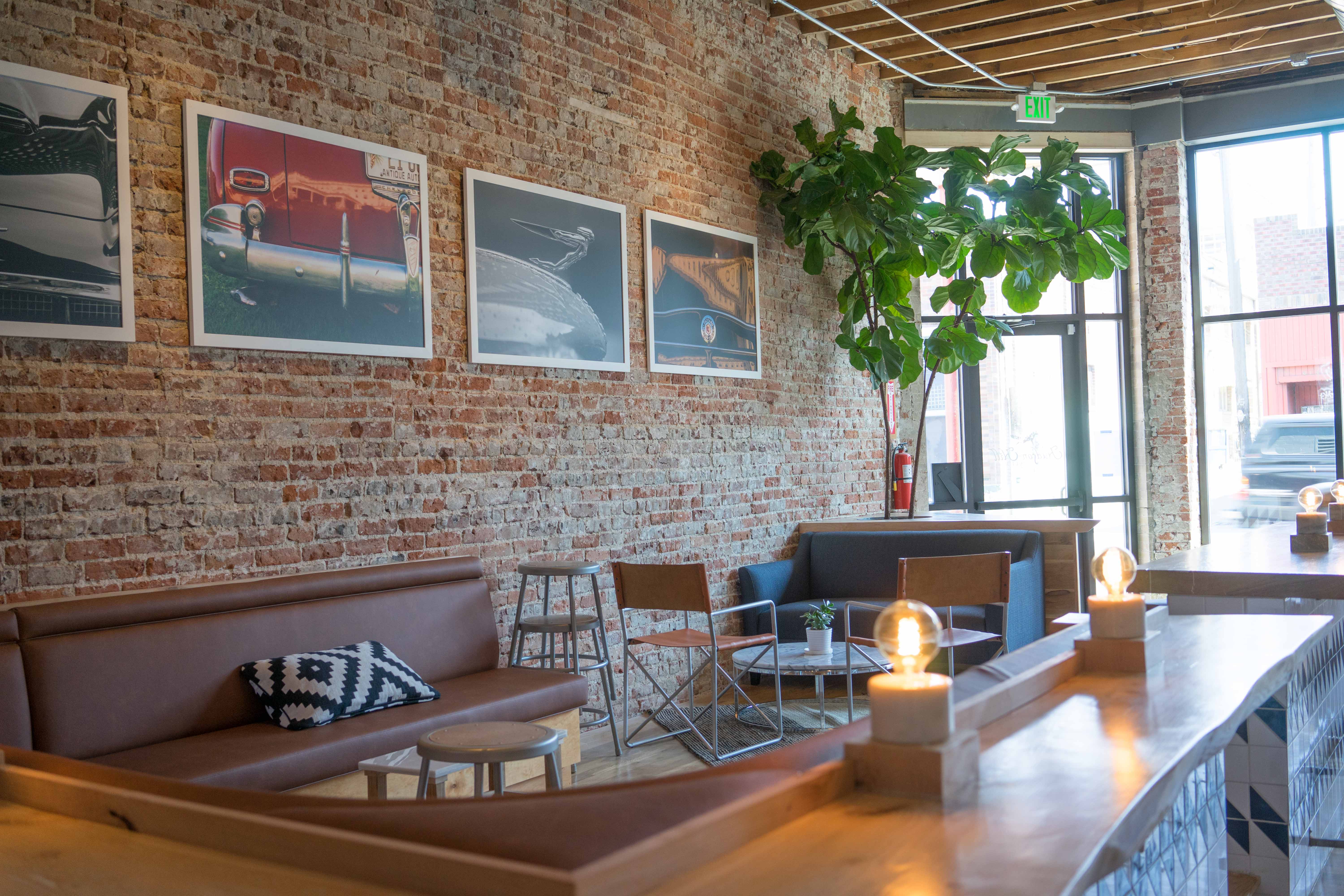 Kick back & relax on their couches. 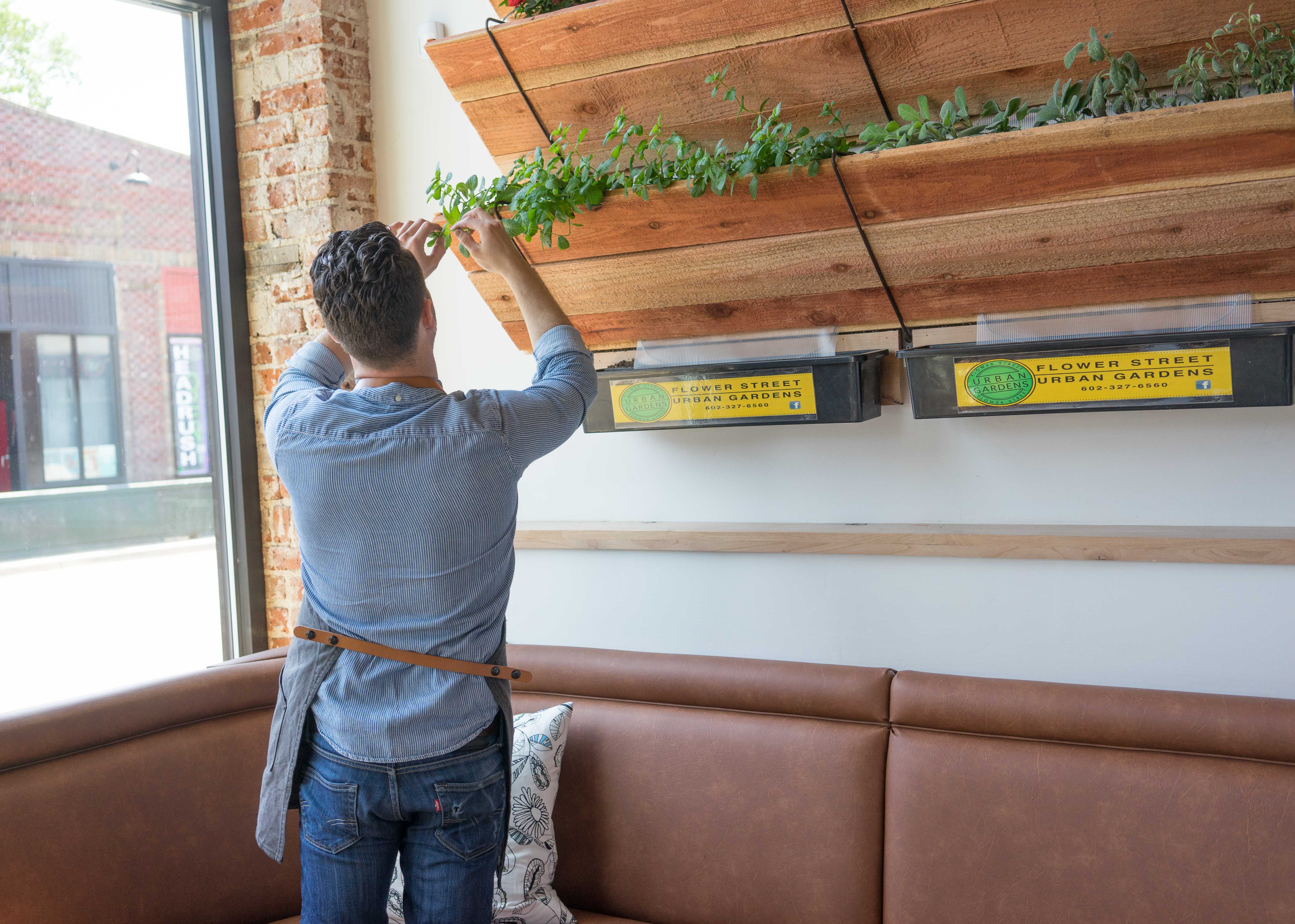 Soffes getting fresh herbs for the cocktails. 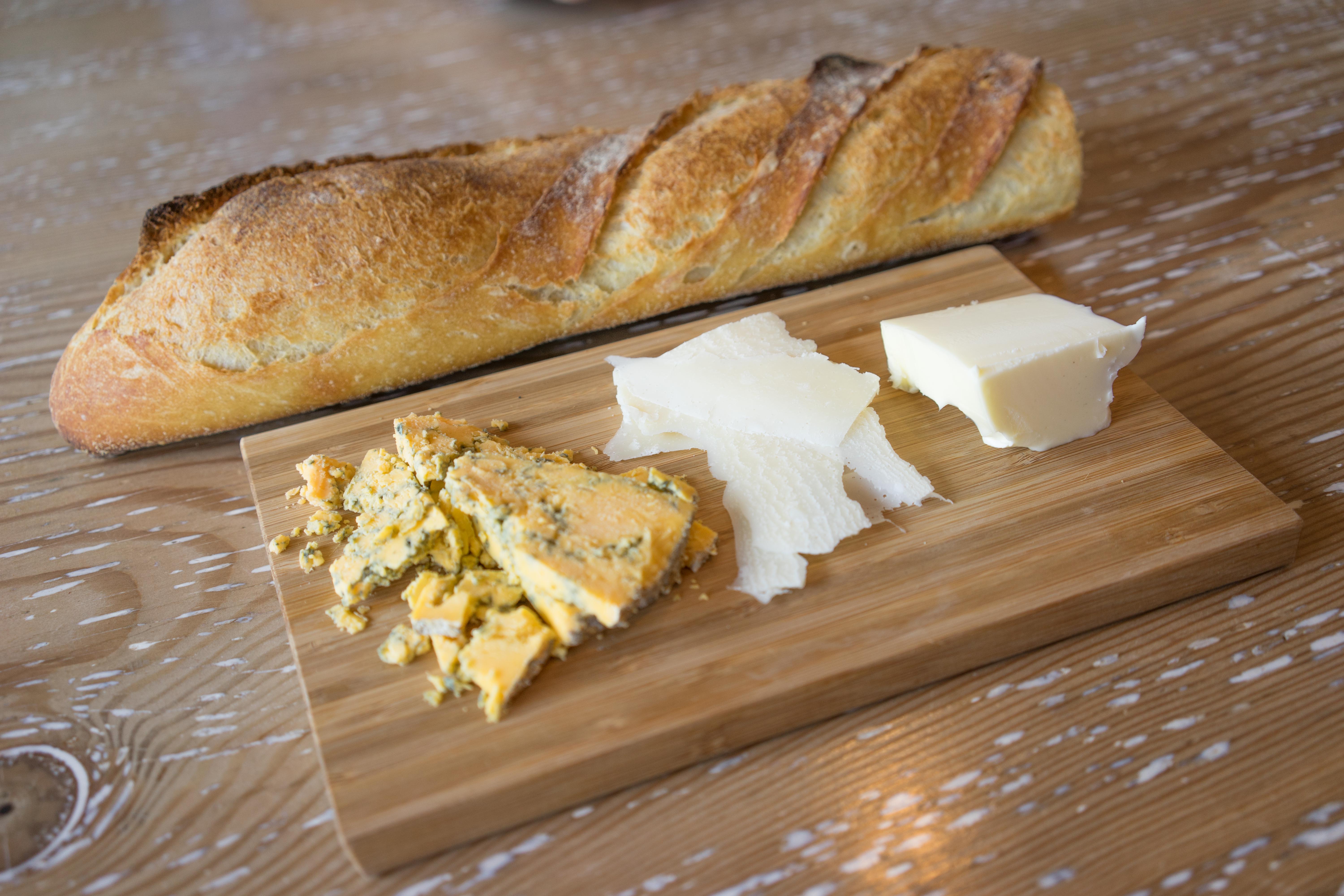 The makings of a grilled cheese from heaven. 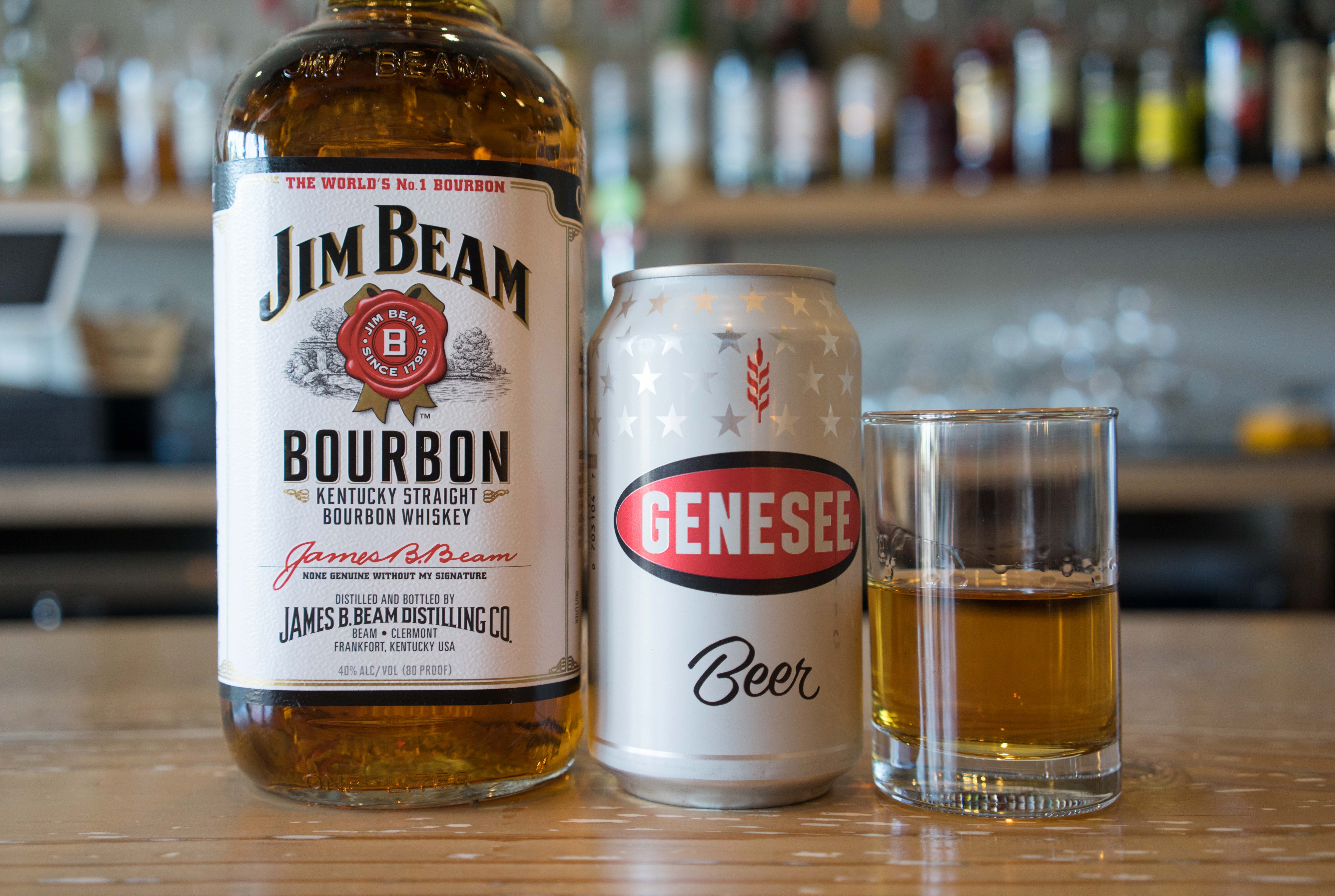