Time to break out your stash of costume clothes this week, as several events are requiring festive attire in exchange for your attendance. This week not only does Denver Comic Con return but it’s also Pridefest and a Steampunk Festival. So whether it’s your rainbow tutu, aviator goggles or your Princess Leia costume, by the time the weekend hits get ready to shed those work clothes and celebrate. 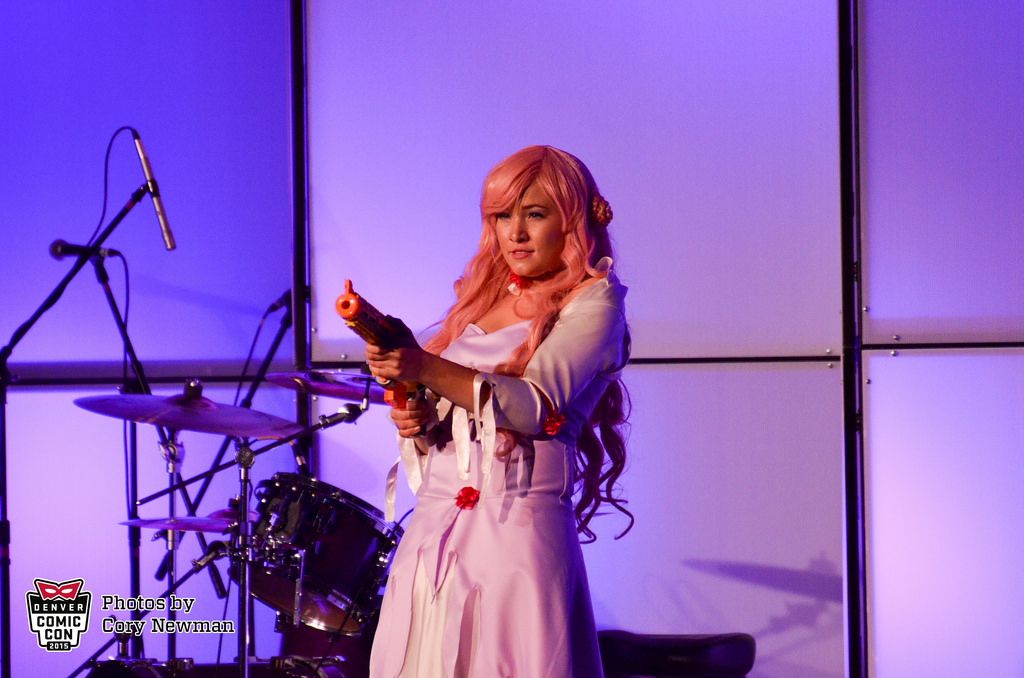 The Low Down: Denver Comic Con is a three-day, family-friendly pop culture fan extravaganza that features the best in pop culture entertainment. DCC is a program of the Colorado nonprofit organization Pop Culture Classroom, whose mission is to inspire the love of learning, increase literacy, celebrate diversity, and build community through pop culture education. The proceeds benefit PCC’s overall educational endeavors.

The Low Down: Prolific pop-surreal artists Brandt Peters and Kathie Olivas are the stars of this far-out display titled “Outer Limits.” The show will feature new work from both artists, which explore a number of themes, including Brandt’s Myth/Fairy Tale mashups. 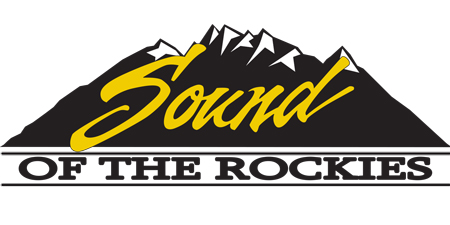 The Low Down: Sound of the Rockies presents five of the best vocal groups in the Denver area for Acappellooza 2016. Sound of the Rockies seeks to inspire competing artists to through this creative, lively, and playful competition. There will be celebrity judges, audience voting, and big prizes for the winners.

Steampunk at the Station 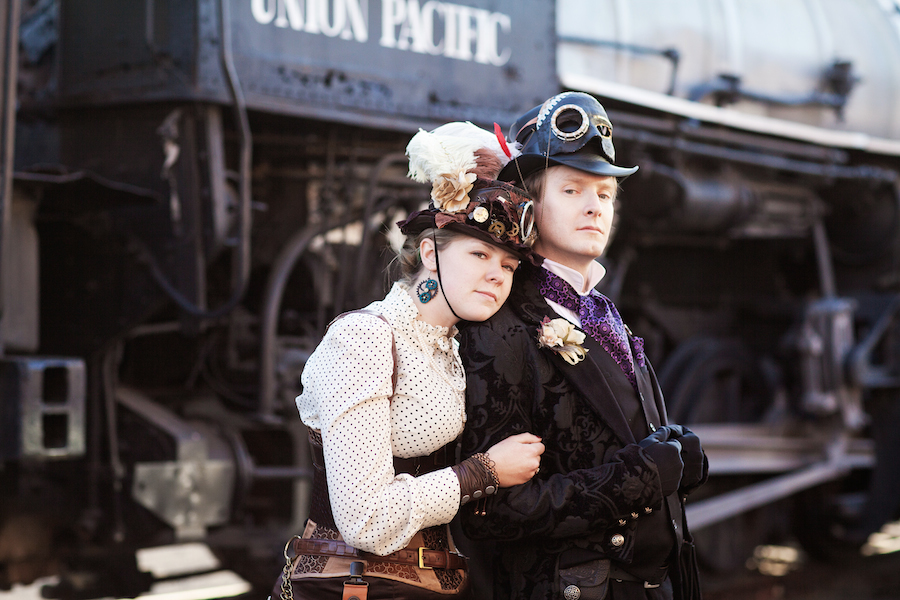 The Low Down: In celebration of the steampunk culture that finds its roots in steam engines and technology, enjoy a day of steampunk vendors, performances by busters, and of course a train ride behind a steam locomotive. There will also be an after-hours concert featuring Colorado’s own Hydrogen Skyline, an acclaimed indie rock band. During the show attendees can enjoy local food trucks and a visit the beer garden to enjoy some local Golden craft brews. 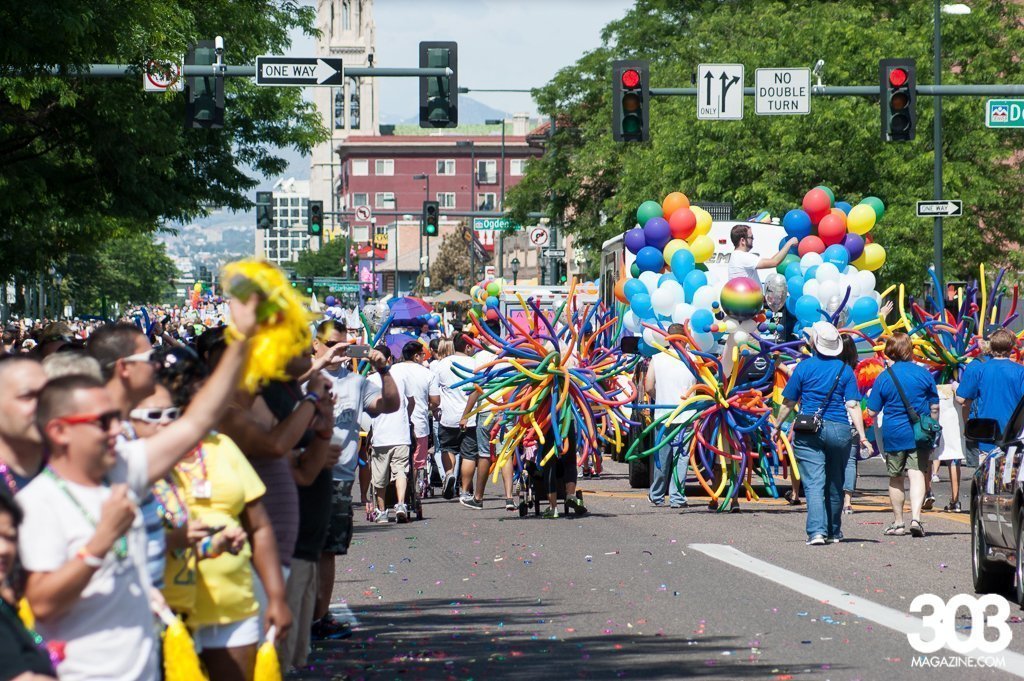 When: June 18-19
Where:Where: Civic Center Park
Cost: Free
The Low Down: Hailed as the third largest GLBT Pride celebration in the country, Denver PrideFest returns this weekend. This year the event will celebrate the 40th anniversary of the GLBT Community Center of Colorado. The festivities include the Big Gay 5K, a Dogs in Drag contest, three lives stages of entertainment and of course the main act, the parade itself. Go here to get a map of the event, then start buying your rainbow colored clothes in bulk before the weekend hits.

Film on the Fax 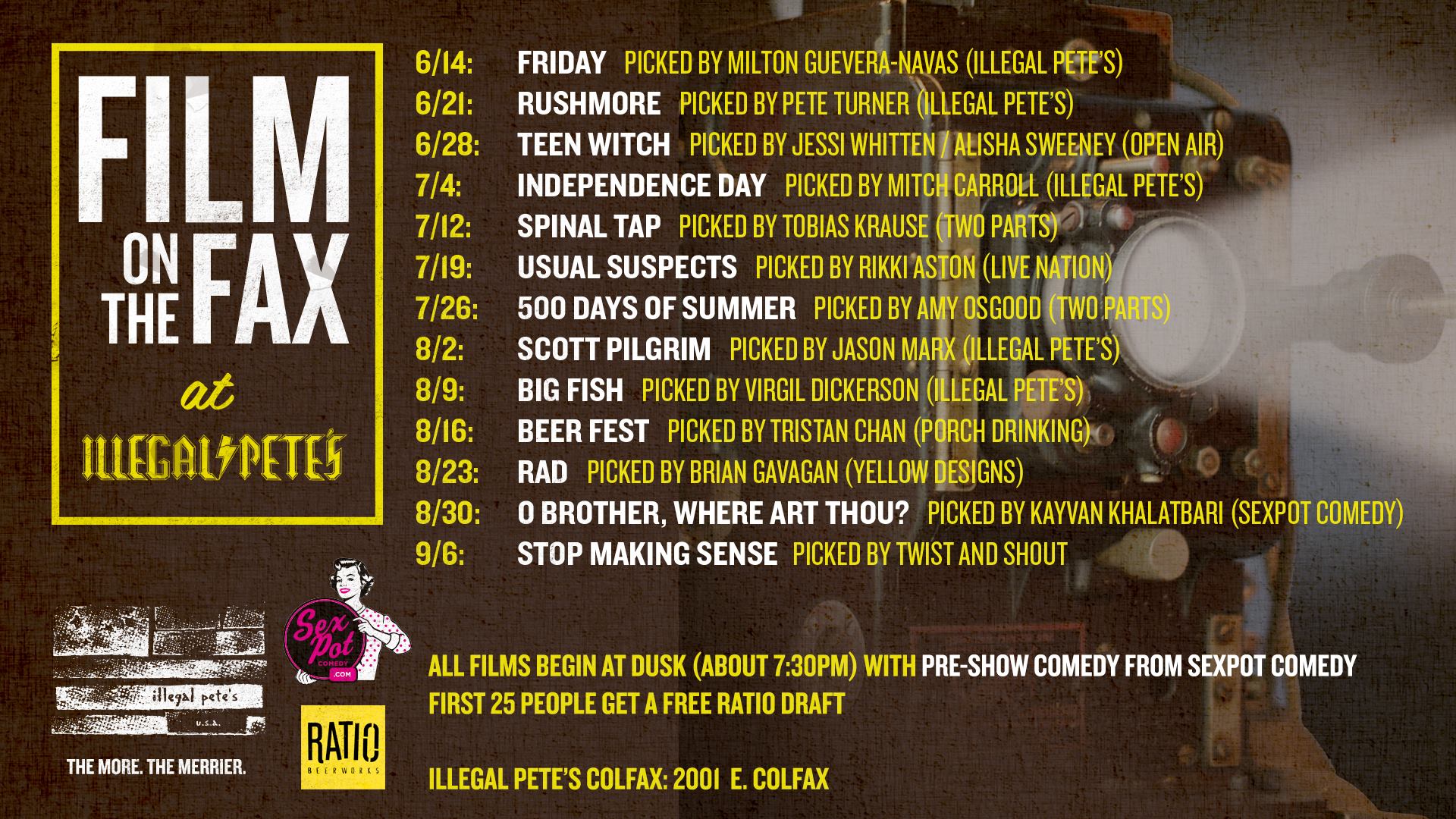 The Low Down: Illegal Pete’s is keeping the party going at its new Colfax location with a mini film series hosted at the newly christen space. Projected on its outdoor big screen, the series will showcase many cult classics chosen by locals. Films include Spinal Tap, Beerfest, Independence Day and much more. Also bonus: The first 25 people there get a free ratio beer!

B-side Music Thursdays at the MCA

Cost: Free for members, Free after admission ($5) for non-members