It’s no secret that Colorado loves Tech n9ne and the talented hip-hop artist has made it a point to reciprocate that love every year with multiple shows in our home state and even a song dedicated to his love for all things Colorado. This year he returned with his entire label on the aptly named Independent Grind Tour 2016, and they just finished up a sold out show at the Fillmore Auditorium in Denver, Colorado. The line for the venue stretched around an entire city block and almost looped back to the front, so yes, there were a lot of people at this show.

The night started out with a warm welcome for opening set Ces Cru and the venue started to fill in quickly. After a quick 20-minute set, Ces Cru finished up their last song and thanked the crowd for coming out. As they announced the rest of the nights’ lineup, each cheer got louder and louder with the announcement of each name and the cheer erupted when the headliners of Tech N9ne and Krizz Kaliko were announced.

Next out was Mayday who also killed their opening set and the duo was accompanied by their live band which made for an even better performance.  After playing a few hits from their latest record, Future Vintage, Mayday also threw in some songs from their older projects like Believers and even some from their collaborative album with Murs called Mursday.  Although the night was just getting started, the crowd reacted well for every artist and showed a tremendous amount of love for the whole Strange Music roster. 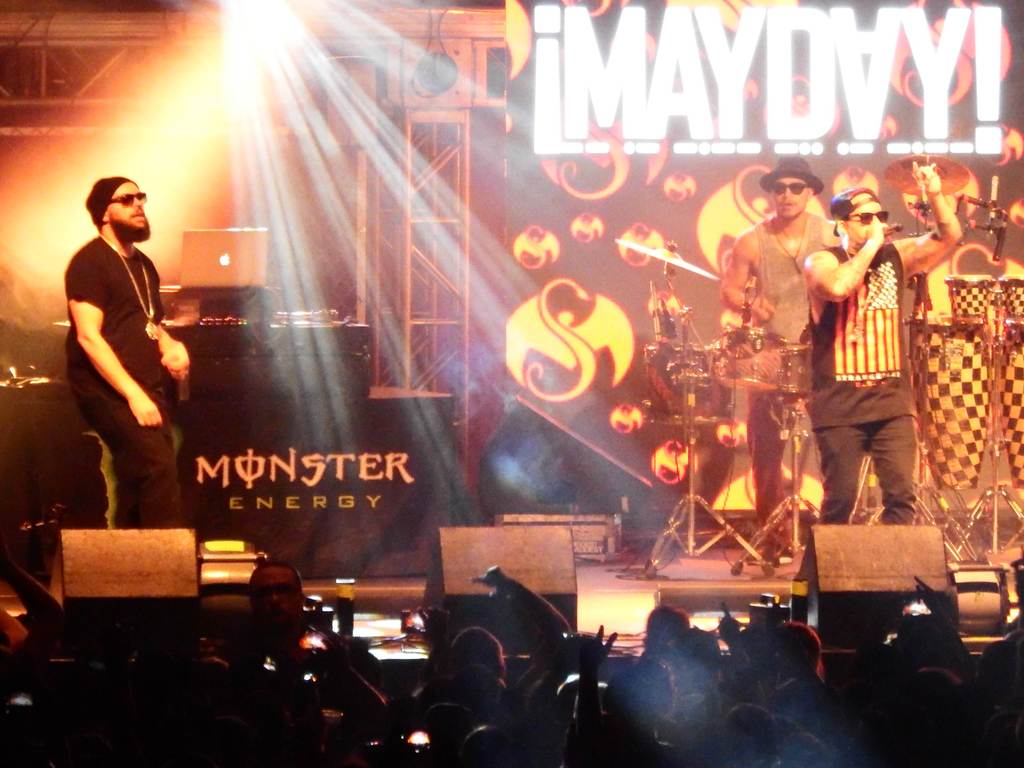 As Stevie Stone hit the stage, the crowd welcomed another talented member of Tech N9nes growing independent hip-hop empire. His set included songs like “Boss Shit” from his latest album Malta Blend, as well as some older songs like “The Reason” and the “Strangulation Vol 2 Cypher”. Ending his time on stage in fashion, Stone gave a quick shout out to the crowd and then dropped “Colorado” which fans went nuts for and quickly sang along. 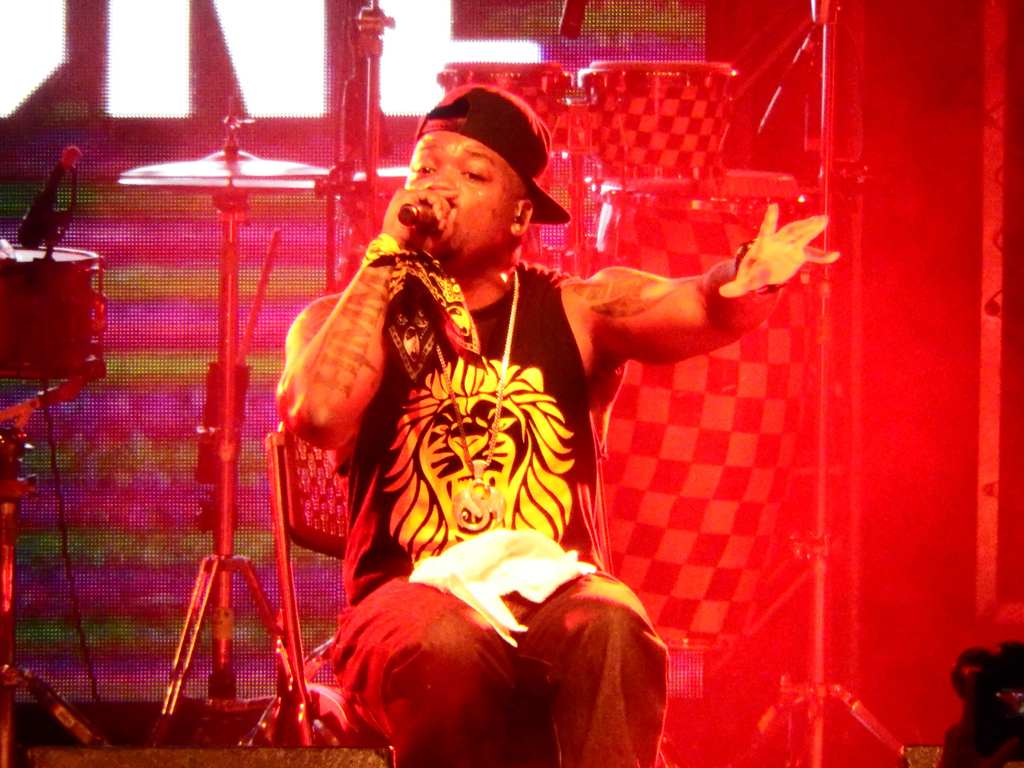 Next out was “White Jesus” himself, one of Tech N9ne’s most successful signees to ever make it on Strange Music.  After the success of his first two releases on the label, Rittz released his latest album Top of the Line earlier this month on May 6, 2013 and the feedback has been nothing but positive so far. Celebrating this brand new release, Rittz started the set with the intro of the album and displayed his signature double time rhyme scheme and consistent flow.  After playing a few party songs like “Turn Up” and “LAF”, Rittz switched it up with some impressive verses in “Bloody Murdah” and “911”.  One of the coolest parts of the set definitely had to be the breathtaking acapella verses that Rittz managed to nail on the first try. Towards the end of the night Rittz slowed it down a bit and got the entire crowd to sing along to a few emotion filled personal tracks like “turning up the Bottle” and “Wastin Time.” 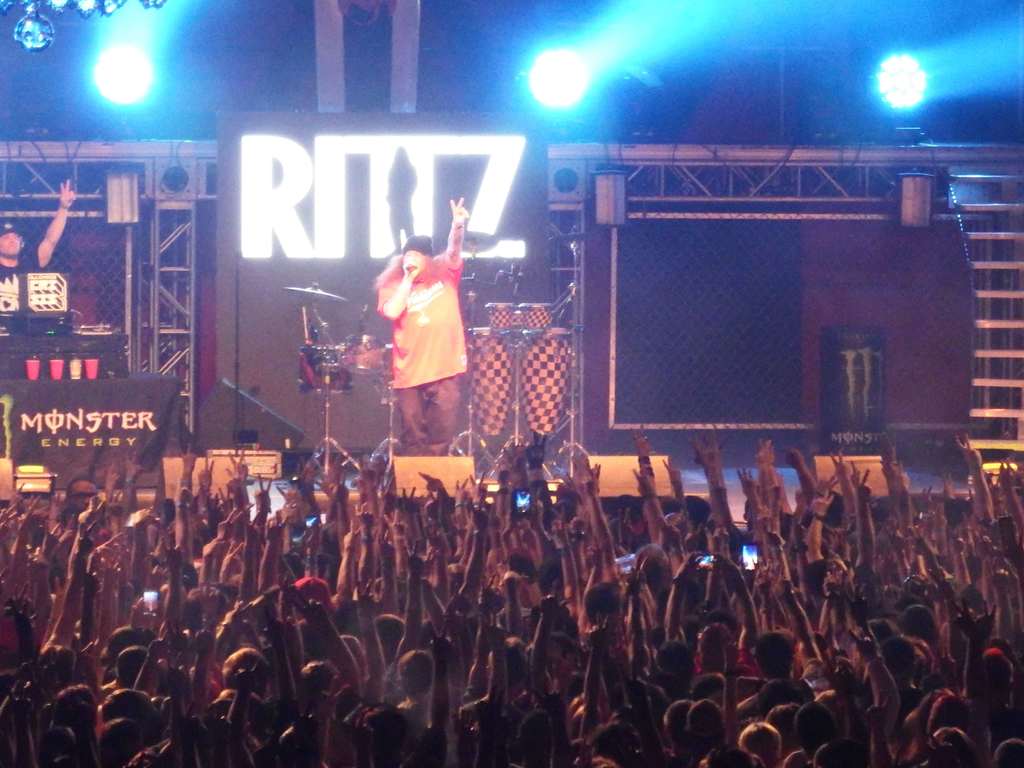 As Rittz’s set ended the crowd knew what time it was and chants for the King of Darkness echoed throughout the venue. “Lacrimosa” blared through the speakers, as the crowd patiently waited for Tech to hit the stage with his right hand act Krizz Kaliko. To start the set, Tech dropped “Hard” and proceeded to show the crowd just how “Hard” is lyrics really are. Krizz and Tech took turns coming on and off the stage and presenting the numerous amount of hits, the two artists have managed to make over the last two decades. Krizz made sure to play some new tracks from his latest album, Go, and the crowd was most entertained with his performance of “Talk Up On It” which featured a live guitar performance as well. Other highlights of Krizz’s set included an emotional tribute to Prince in which the entire crowd held up a lighter and Krizz performed a powerful cover of “Purple Rain.” 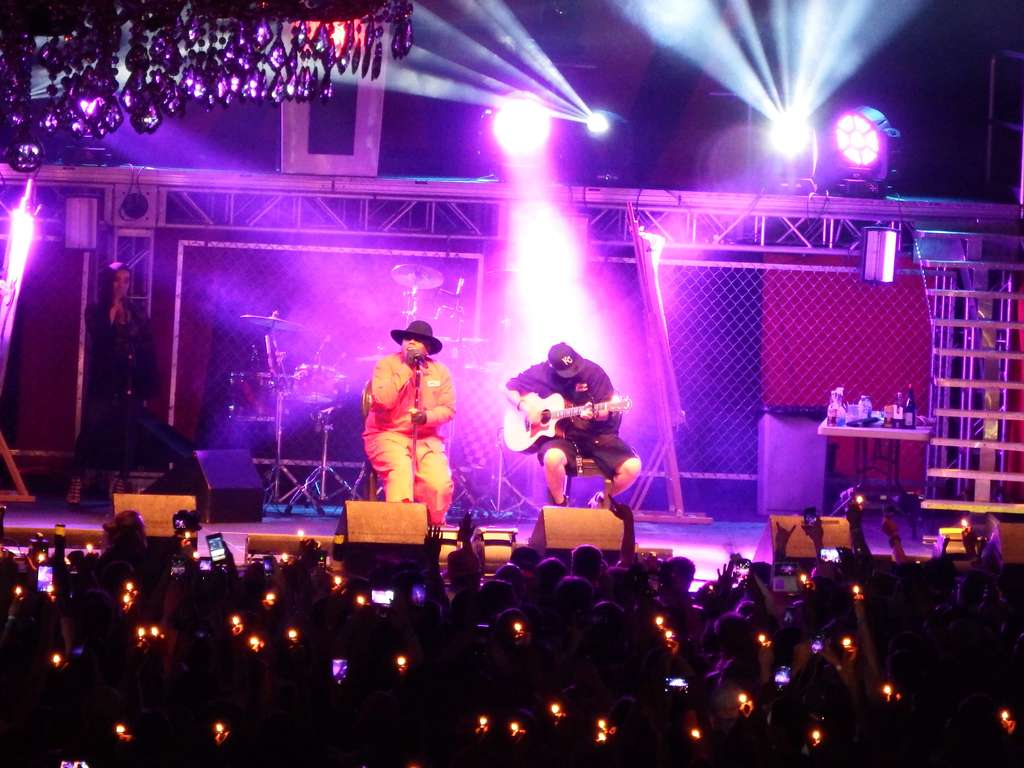 Towards the middle of the set a special guest was brought to the stage and the crowd was introduced to Strange Music royalty. Mackenzie Nicole is Strange Music’s most recent signee, as well as the daughter of CEO of Strange Music Travis O’Guinn. Tech brought her out in front of the sold out Denver crowd for a once in a lifetime performance of her single “Actin’ Like You Know,” and the young artist executed well receiving positive reactions throughout. After the surprise guest the crowd was excited to see what was next and Tech delivered with his signature performance of “Areola” –which always includes the fan interaction of girls in the crowd hopping on someone’s shoulder and flashing the stage, a trademark of sorts for Tech N9ne shows.  Other highlights from the set included many of the other older songs that Tech N9ne is known for. Some of the best crowd reactions came for “Caribou Lou,” “Dysfunctional” and “E.B.A.H”—as well as the mosh pits formed for songs like “Riotmaker” and “Einstein.” 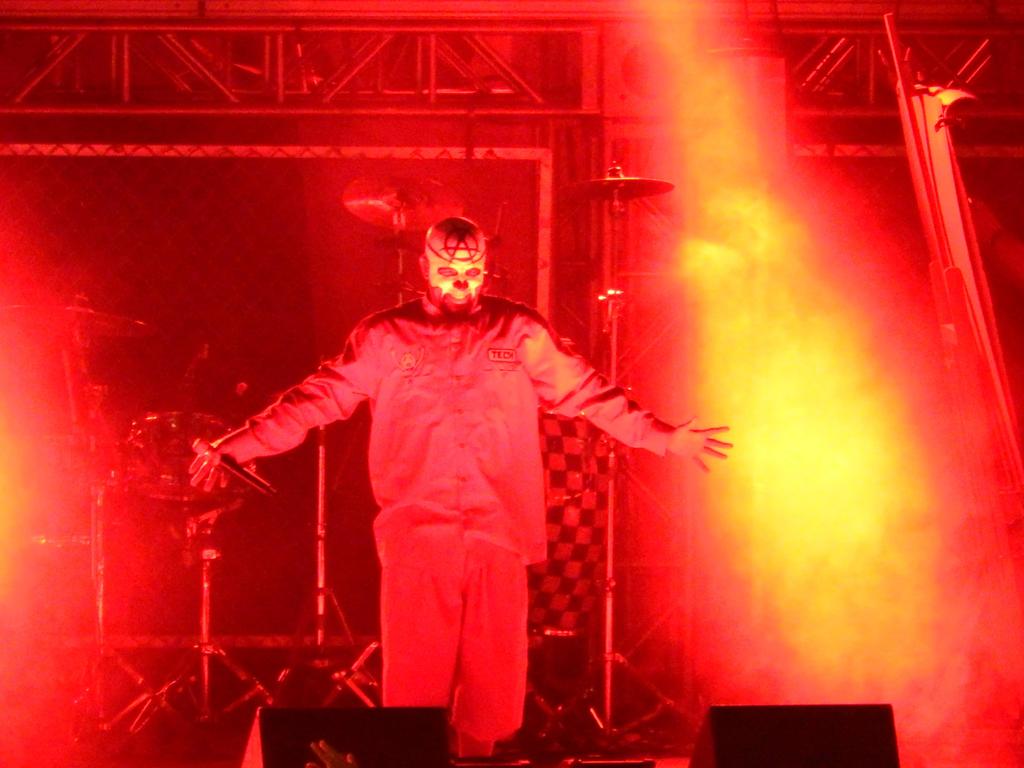 To end an amazing show, Tech announced the awesome news that he will be headlining a show at Red Rocks on October 8th, 2016 and then revealed the final outcome of Rob Prior’s amazing live painting skills. Tech then proceeded to drop they party anthem “Hood Go Crazy” as the crowd followed suite to the song titles directions. Strange music is one of the most beloved hip-hop collectives in all of Colorado and there is a reason they keep on coming back. Sold out shows year after year and a constant stream of merchandise and CD sales are only a part of the reason, the pure love exhibited by Tech N9ne’s fans is unmatched by anyone in the music industry right now and that is the reason Tech continues to come back to Colorado. 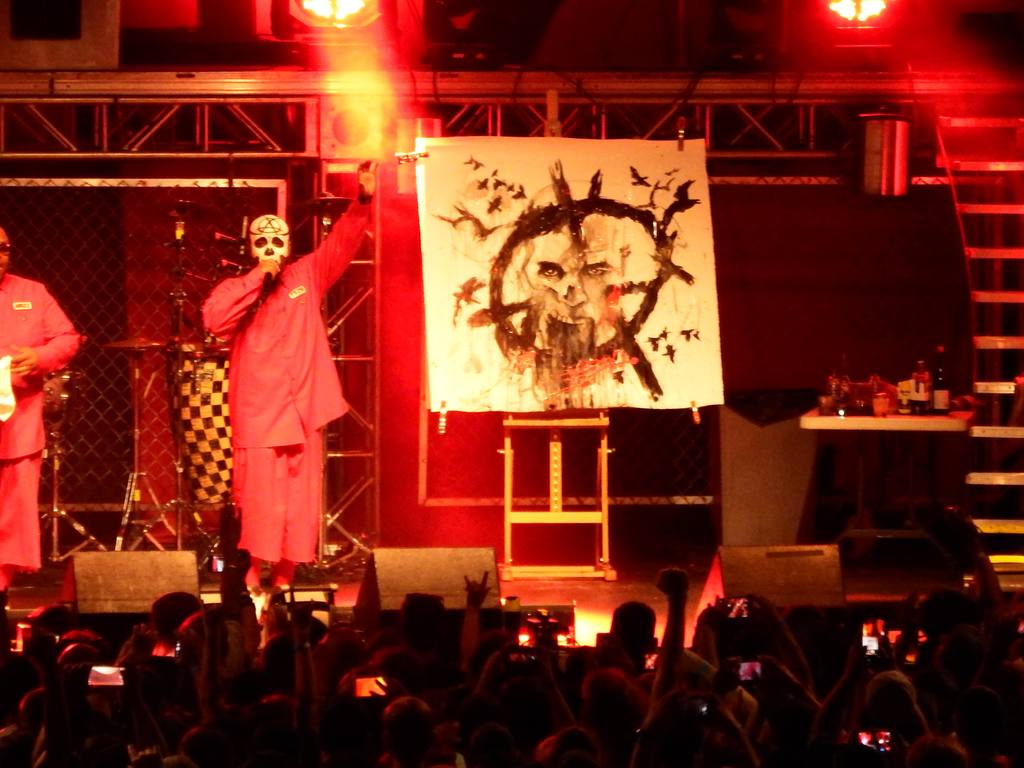 Painting by Rob Prior