Get Ready for Funk On The Rocks 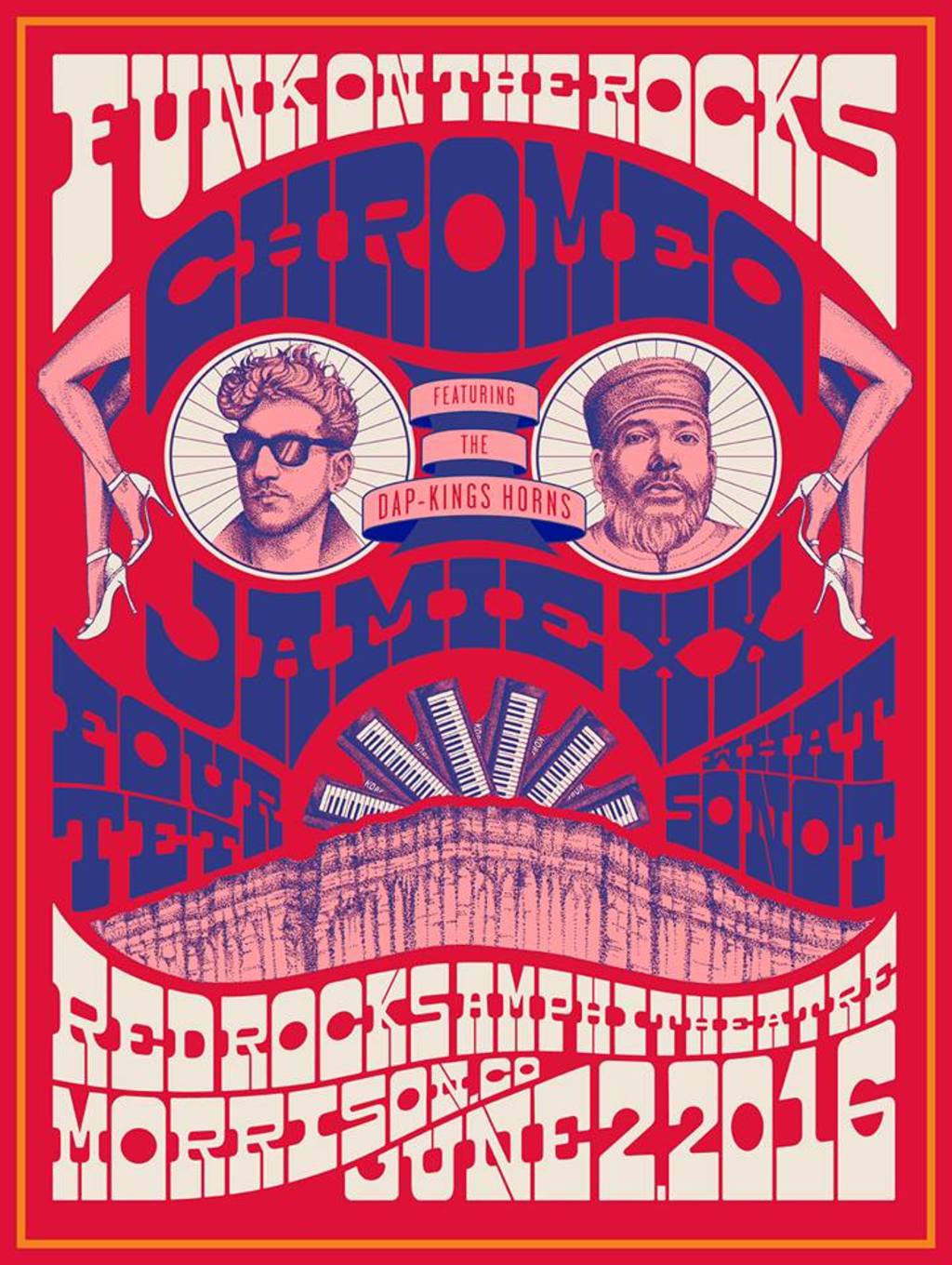 It’s time to refine your dancing skills because Jamie xx and Chromeo, along with openers Four Tet and What So Not, are taking over Red Rocks on Thursday, June 2 for Funk on the Rocks. The funk vibes will be unstoppable when the sun goes down for Chromeo just announced that they’ll be adding the Dap-Horn Kings to the smooth performance as well. With electronic pulses streaming from the two Djs and horns backing up the jazz, you’ll find it impossible to resist jiving with their honey-laden tunes.

Don’t bother with Jamie xx’s musical resume — he has created remixes for musicians such as Florence and The Machine, the XX and even the London goddess herself, Adele, and has produced songs for Drake and Alicia Keys, amongst others. This London native’s musical imprint is impressive, and when he slides into Red Rocks, you’ll understand how his shadowy sounds fluctuate with pop-infused dance music. Previously a member of the xx, his solo album that was released in 2015 In Colour floats within and above the indie music realm. While it situates itself inside the electronic scene, it exudes a musical grace, as if traced the footprints leading up to the London dance scene. It’ll be intriguing to see his style combine with Chromeo’s this upcoming week.

The Canadian electro-funk duo Chromeo is comprised of David Macklovitch and Patrick Gemayel, who remain upbeat and startling cheerful in hits such as “Jealous,” “Come Alive” and “Old 45s.” Formed in the early 2000s, the two men have pranced between musical genres of hip-hop, dance, rock and funk, creating a molten sound of colliding influences in their four albums. Perhaps this is where they get their infectious beats and head-bobbin’ feels from as they have a multitude of musical elements to pick and play with. Their sound is swanky and reminiscent of 80s nightclubs, the type where cartoonish drug deals go down with men in stripped suits wearing too much gold — Chromeo makes a home out of the nostalgia found within funk music.

It was genius to bring Four Tet and What So Not into this musical mix, as Four Tet will contribute their rock take on the electronic scene and What So Not will drip his sultry beats into the night. Dance your way into summer and make sure to grab your tickets here. Ticket prices start at $39.95 and the opportunity to see these four groups, along with Dap-Horn Kings, adds up to another memorable night at Red Rocks.