11 Unique Things to do in Denver this Weekend

This Saturday the long-awaited “train to the plane” will set its course with a one-of-a-kind celebration spread out across the city. Stopping at some of our favorite bars and locales, embrace this opportunity to explore the unique facets of Denver on this free train ride to one of the nation’s best airports, Denver International Airport. Meanwhile, The Ogden, The Gothic and Cervantes alike are stirring-up excitement with a diverse array of upcoming concerts. Making this weekend evermore exciting is the Denver Flea, Denver Beer Co’s popular crawfish boil, and a variety of delightful things to do outside. Between annual, local and historical events, this is a great weekend for our city to get together and celebrate our incredible community. 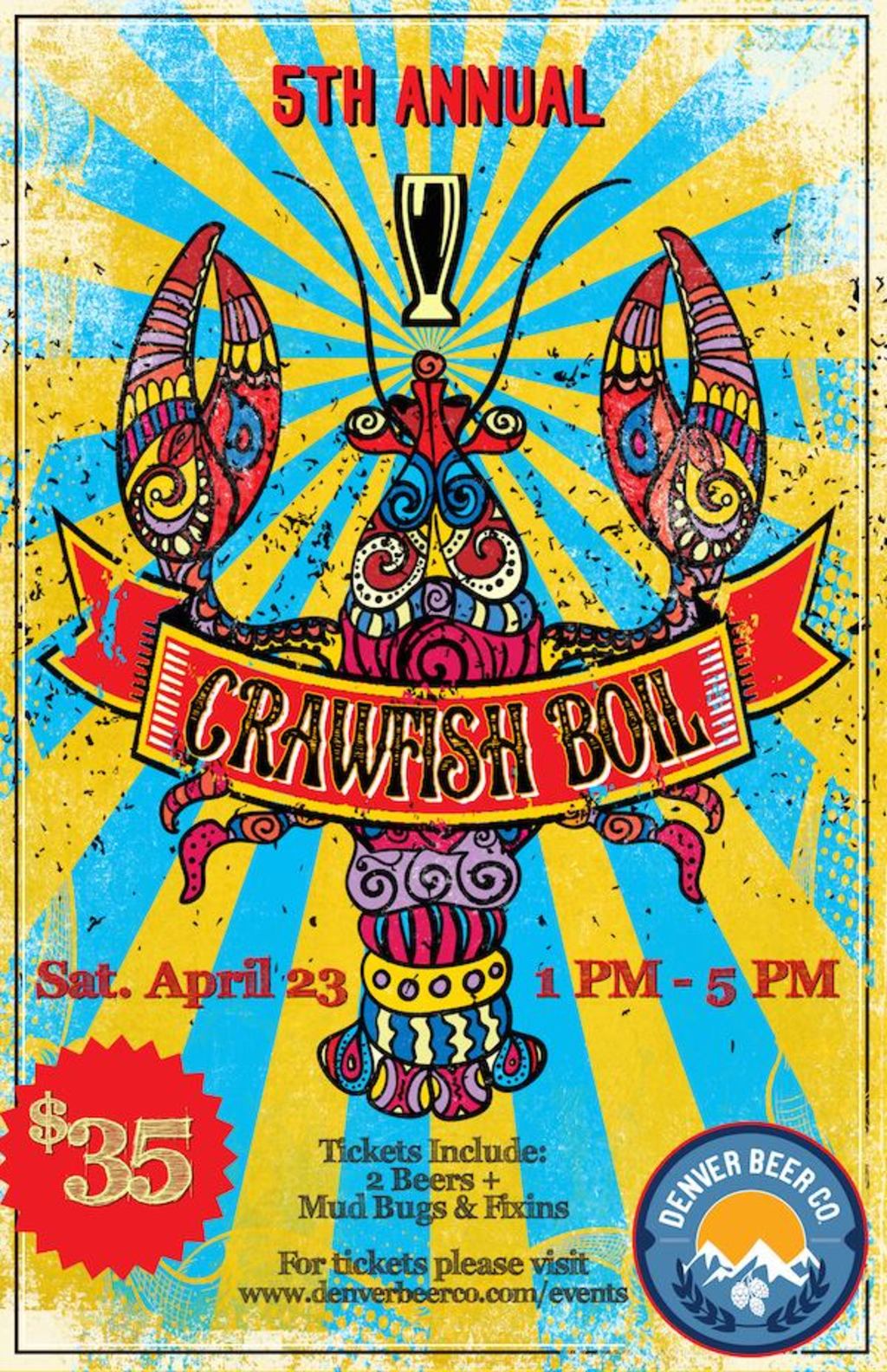 The Low Down: Denver Beer Co. will be shipping in a massive pile of fresh crawfish straight from Louisiana for their 5th Annual Crawfish Boil this Saturday. $35 doesn’t just cover the cost-of-admission, it also includes two beers, corn-on-the-cob, potatoes and of course crawfish prepared by the breweries own cajun chefs. The weather is supposed to be beautiful this weekend so grab your favorite bib and enjoy some fresh seafood on the patio at Denver Beer Co. 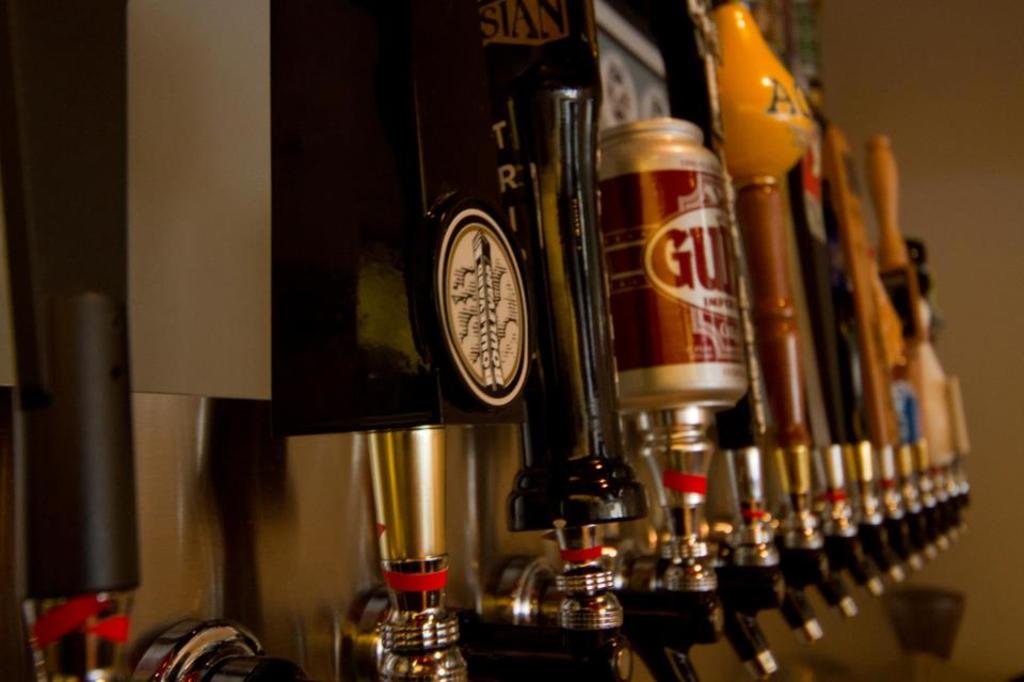 The Low Down: It’s time to say bottoms-up to the brown ales, porters and stouts and cheers to the fruity and sours. Hops & Pie will be initiating the warm-weather brew season, pouring a variety of spring and summer tasters this Saturday on Tennyson street. Featuring two crafts from Casey Brewing and Blending alongside numerous other beers, Hops & Pie has the full list of taps available here. 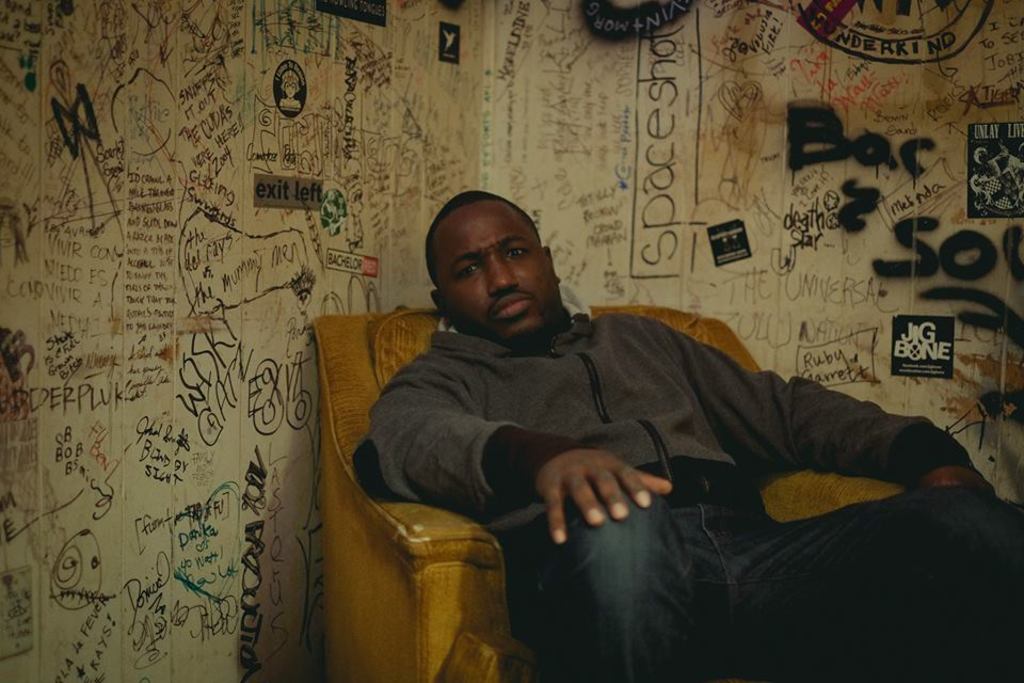 The Low Down: Chicago-born comedian Hannibal Buress will be stirring up some laughs at the Paramount Theater this Sunday. Though primarily known for his standup, Buress is a multi-talented artist also experienced in acting, music and even magic. After the recent release of a third Netflix-Special, Comedy Camisado and starring on Broad City, Hannibal’s comedy career is on the fast-track to infamy.

Read our Q&A with him here.

The Low Down: The Glasgow residents Frightened Rabbit are making their way through the West Coast this spring. Touring after the release of Painting of a Panic Attack earlier this month, the Scottish musicians are stopping at The Ogden right here in Denver Sunday night. Caveman will be opening with an assuredly satisfying set of guitar solos and smooth synths so be sure to arrive early for this one. 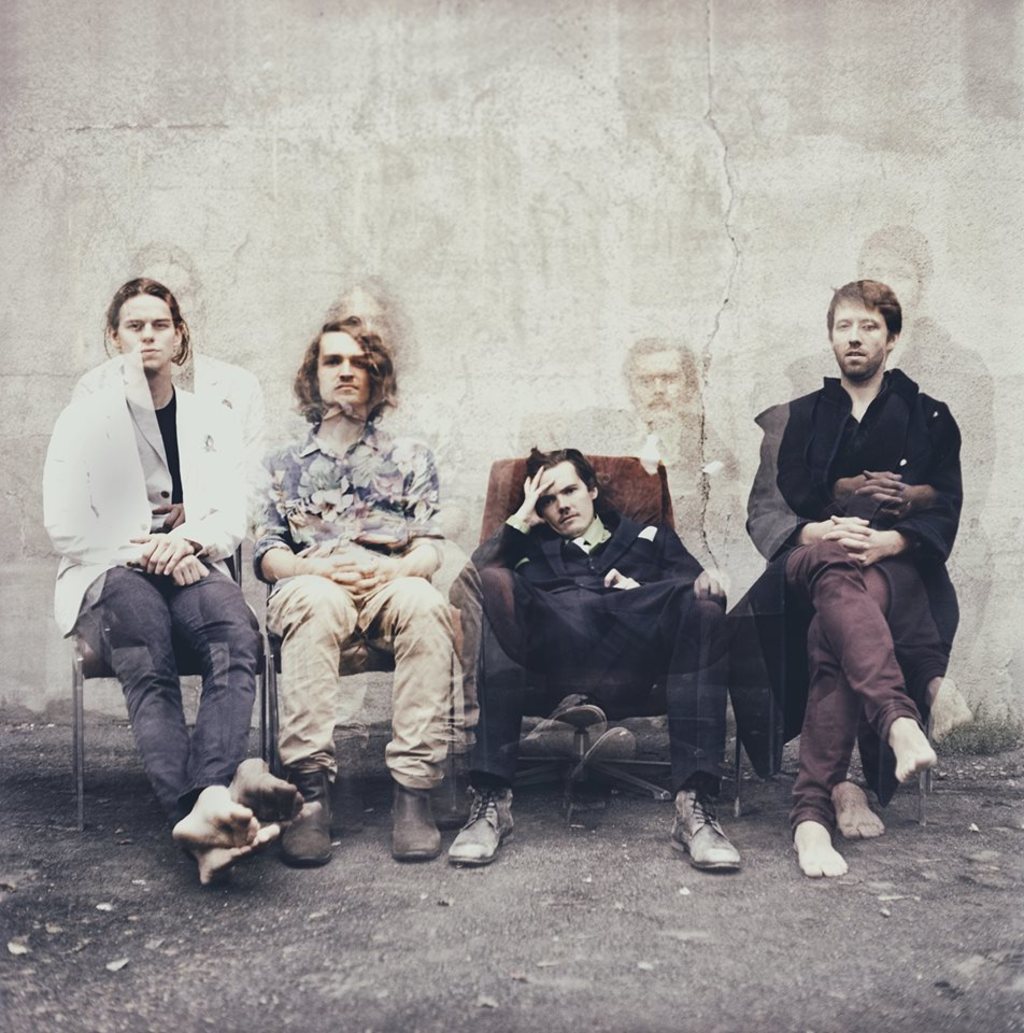 The Low Down: Formed in 2009 in Montreal, Half Moon Run released their first LP in 2012 and have been gaining steam ever since. Their new album Sun Leads Me On has been described by the band as alt-folk melancholia on self-discovery that was inspired by the band “following the sun” to California. Touring after the albums recent release, you can find Half Moon Run telling their musical story at The Ogden this Saturday night. 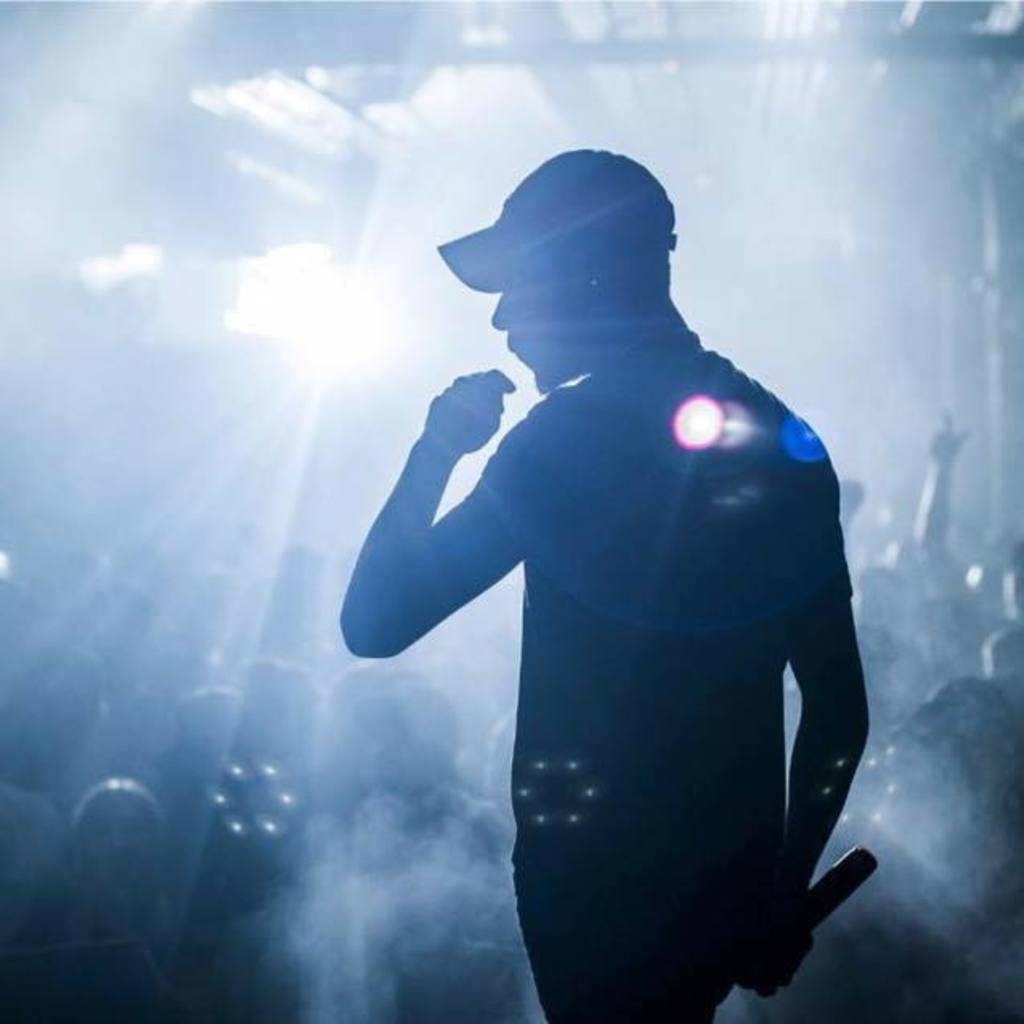 The Low Down: At only 21-years-old, Goldlink has impressively made a name for himself. Over the past three years he has produced and toured with big names like SBTRKT and hailed great reviews from notable music critics like Noisey. Relating to 90’s hip-hop and R&B, Goldlink claims to have been influenced most by Grimes, Edgar Allen Poe and Pink Floyd. The rising artist is performing at the Gothic on his first-ever headlining tour this Saturday night. 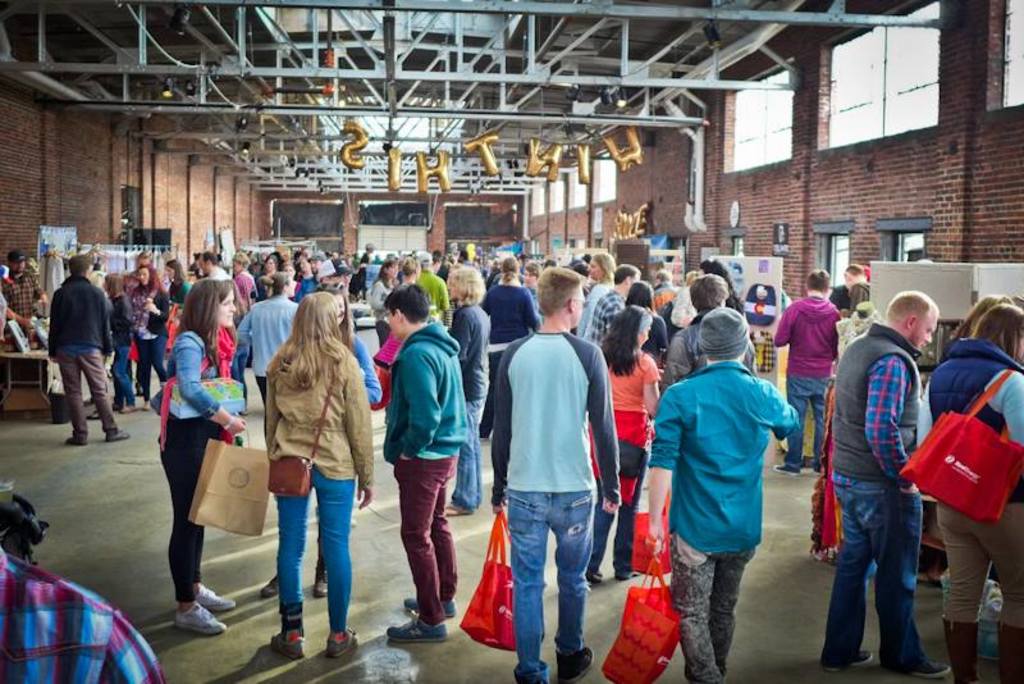 The Low Down: The Denver Flea is back just in time for some beautiful spring weather. Grab a fresh flea cocktail or beer and browse an assortment of market items at the EXDO Event Center in RiNo this weekend. Sponsored by big local names like New Belgium Brewing and Stranahan’s Colorado Whiskey and with over 150 vendors, this is guaranteed to be a fun weekend event for everyone. Browse the full list of vendors here. 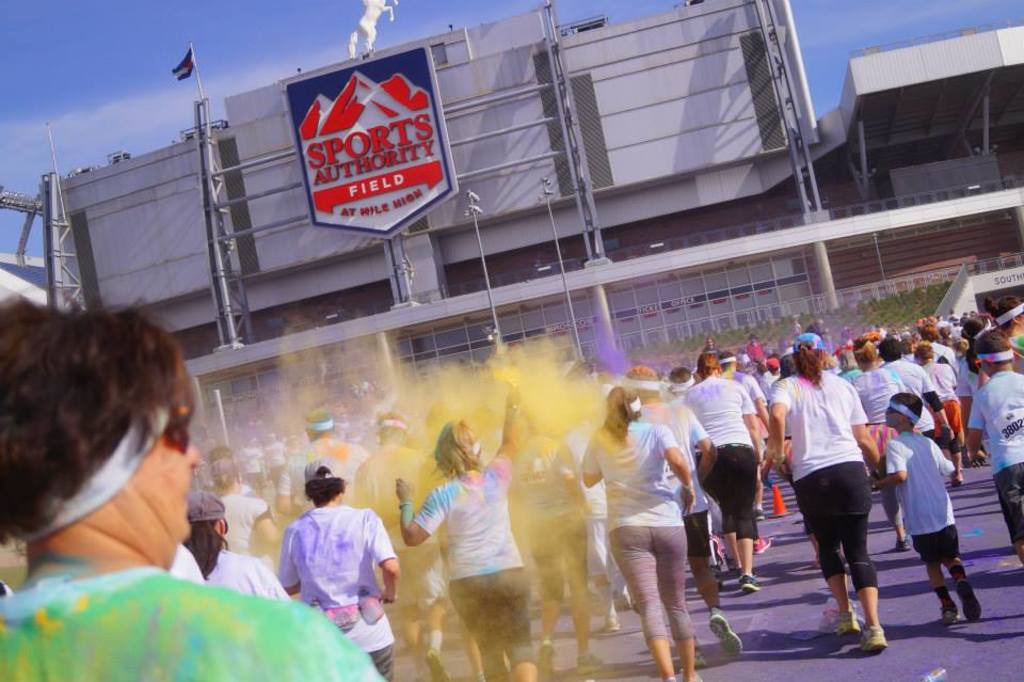 The Low Down: The Graffiti Run is back in Denver on their Retro Tour. Sporting colored-powder cannons and the world’s most colorful Harlem Shake, this 5k is a fun marathon for all ages. Although it may not be the type-of “getting dirty” a lot of Coloradans are used to, it’s a unique and affordable event to kick-off the inspiration we all need to get our Summer bodies back. 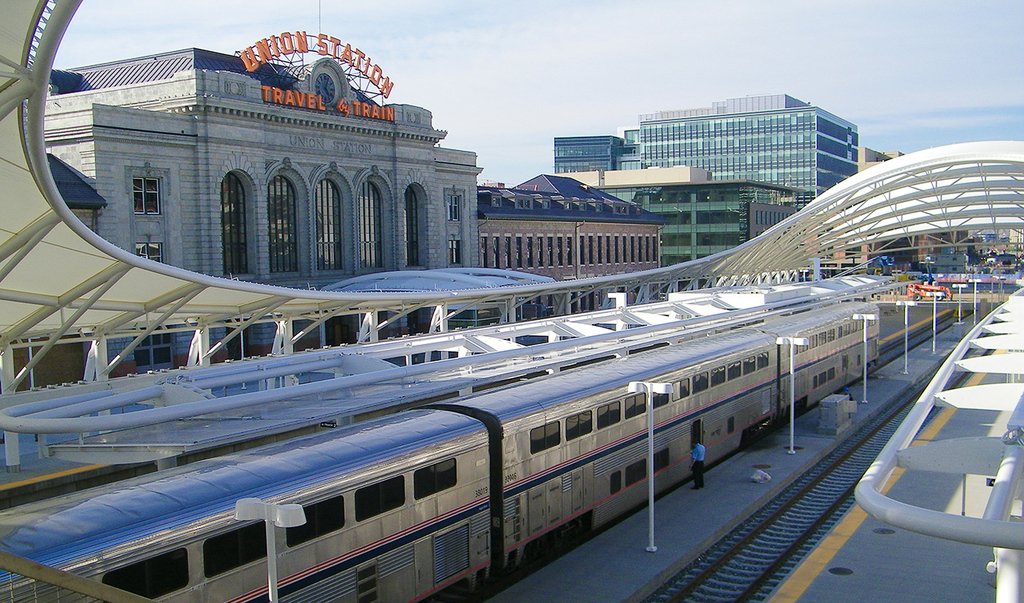 Where: The University of Colorado A-Line

The Low Down: It’s finally happening, Denver–the train to the plane is opening. With an entire day of festivities planned, you can take the train for free to Denver International Airport and explore the lineup of events across the city. The RiNo art stop will have live music, food trucks, and local booze and Rebel Restaurant will have a patio party with the addition of many more fun stops throughout the day. RTD is certainly gearing up for a proper grand opening for the University of Colorado A-Line.

Rumpus in the Park

The Low Down: Promising an assortment of entertainers including DJs, this family-friendly picnic in City Park should be a great way to kick-off spring. With a packed roster of vendors and food trucks, this should be a great place to bring the kids, gather with some friends or even just walk the dog. Add Rumpus in the Park to your list of reasons to get some sunshine this weekend in Denver. 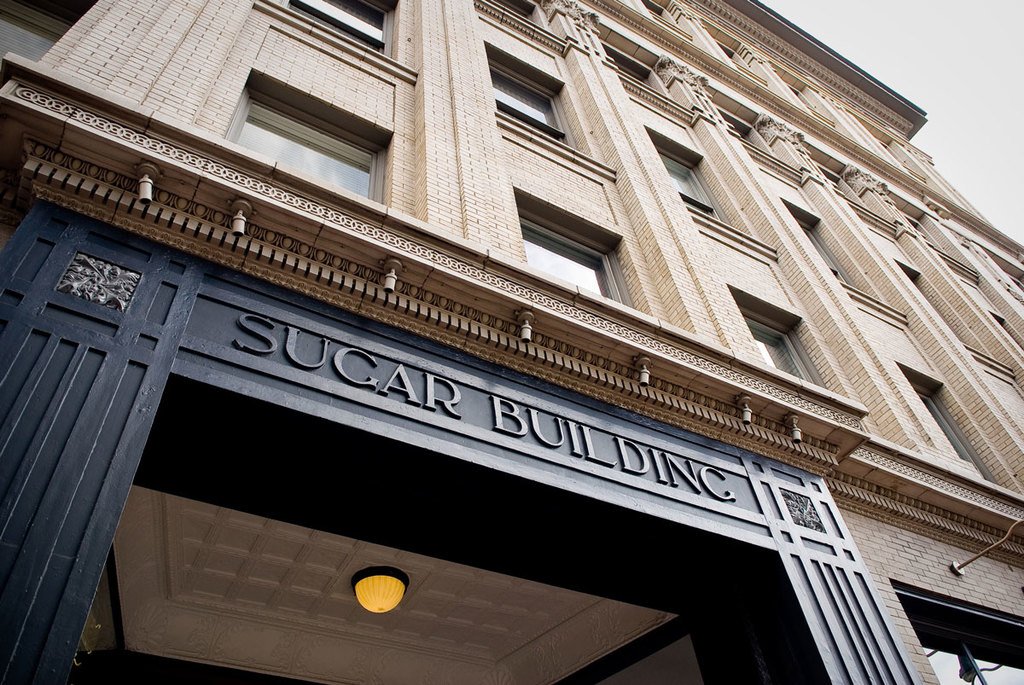 The Low Down: Experience the 12th annual Doors Open Denver this weekend, presented by the Denver Architectural Foundation, with a variety of activities that will invigorate your love of the city by showcasing the beauty of its buildings, the history behind the architecture and helping to create meaningful connections with the built environment. Explore over 100 sites through free, self–guided tours, insider, fee–based tours or—new this year— participate in free art–related activities sponsored by Bonfils-Stanton. The headquarters are once again in Union Station. According to the DOD website, “Doors Open Denver tells the story of where Denver is, where it has been, and where it is going.” But don’t be overwhelmed by the magnitude of participating venues, we have you covered with this list of must–see stops this weekend. Read our list of 5 Must See Stops here.

Mark Your Calendars – Next Weekend