Q&A – Hannibal Buress on SNL, Broad City & Being Stereotyped as a Stoner

Despite being named one of the “fastest rising comics” of today by New York Times and boasting a hefty resume with major TV shows like Saturday Night Live, 30 Rock and Broad City under his belt, Hannibal Buress explained that there’s still one big misconception about him: “People think I’m high constantly,” he explained over the phone last Wednesday. It’s not even the Bill Cosby rape scandal, of which his standup is credited as the kindle for the controversy, that frequently headlines conversations.

“People think I’m high constantly on television or when I’m acting or in a scene or when I’m doing stand-up and that isn’t true at all,” said Buress.

Buress, who comes to Denver and Boulder this weekend, sat down with 303 Magazine before his performances here in Colorado to discuss his career and current projects, as well has his true smoking habits. Read on to get to know the man and the comic before he takes the stage in just a few short days.

Hannibal Buress: I’m warming up for official tour and people have been showing up. It’s been good to see the people are excited, and [I like] the opportunity to get the material together.

303: You’ve been to Denver before and for your last visit I found a video of you at Native Roots, the dispensary. Is that what you usually do when you come to Denver?

HB: I don’t have a ritual or anything. Some trips, when I don’t have much to do, it’s just a quick trip in and out. Go out drink, maybe. I’m not a nature person. I try to catch some live music or I go to a club, last time we checked out the dispensary. For the most part, I’m not a great tourist. I’m happy having a good meal and chillin’ out in my hotel room before. I’m a simple man.

“I can’t really handle being famous and high.” 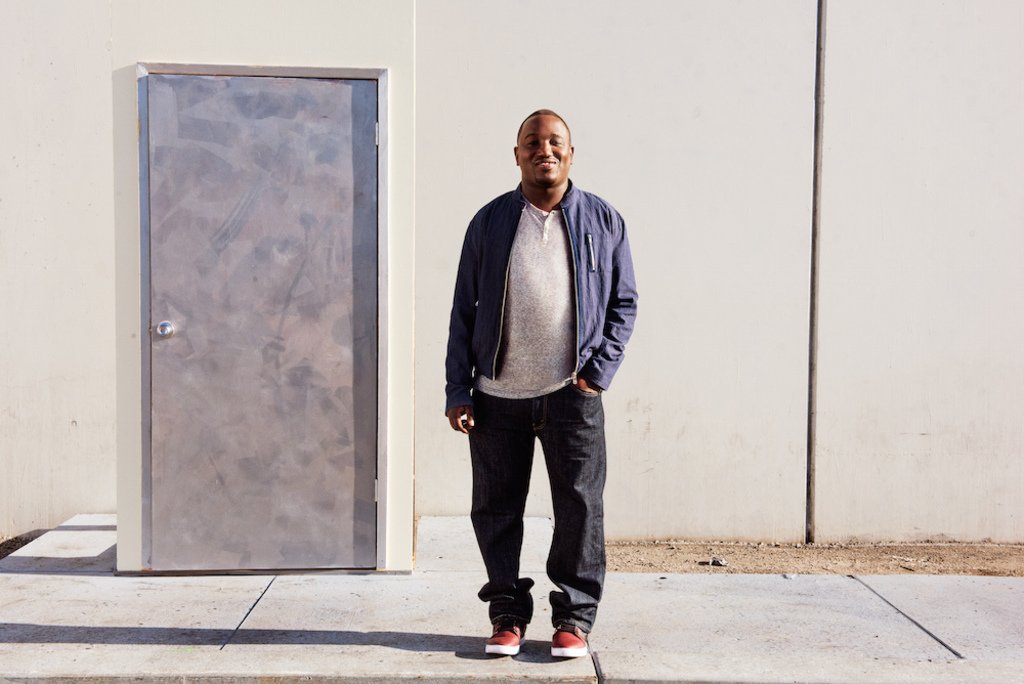 303: The New York Times called you one of the most “supremely gifted and respected” comics around? How did that feel? Did that go to your head?

HB: It was nice, I guess? I do comedy and I get a good reaction. Them saying that is… [pauses] Somebody that pays to see me and enjoys what I do, that’s the compliment. If I come back to a city a year later and they come back again that’s what matters… The words are cooler if it makes people want to check out what I am doing. But I wouldn’t say it’s gone to my head. I am just appreciative of doing what people want to see and travel the world and meeting a lot of people and live life how I want.

“That was very close to what it’s like after a taping of SNL. After parties sometimes go to 8 or 9 in the morning.”

303: In your stand-up, you talk about being a writer for Saturday Night Live (SNL) and how a monkey canceled an appearance. That sounds a lot like a 30 Rock scene (a show you’ve also been on and written for). In your opinion, is SNL a lot like how 30 Rock depicts it?

303: Tell us a bit about Broad City and how you came to be on that show.

HB: I ended up on Broad City when I met Abbi [Jaconson] and Ilana [Glazer]  in New York, 8 or 9 years ago. And they put together the web series of the same name and they’ve seen my standup and they asked me to do a small role in it. And a year or so later in the same web series they got Amy Poehler to appear and then she told them she would help them make a TV show. They did a pilot for FX. I was in the pilot. It didn’t work out there and then it got moved over to Comedy Central.

HB: Sets aren’t crazy… [But] We had some fun, man. I got to trapeze this season. It was fun the first time. I did it a few times and then they were like, ‘Oh we got to get it again’ I thought I was done trapezein’… It’s pretty straightforward [on the Broad City set] not a lot of downtime. It’s efficient. There’s a lot more downtime on movie sets, though. Not a lot of time to fuck around [on Broad City]. [Abbi and Ilana] are very professional, cool girls.

303: You have worked the TV late night host circuit a lot. What host is the easiest to work with?

HB: Conan is really fun. I’ve done his show as a standup and a guest a few times. And then Seth Meyers is fun mostly to do because it’s a different dynamic, because for most of my career I’ve known them as a talk show host  — Kimmel, David Letterman, Conan, Fallon — but Seth Meyers, is fun going on his show because when I met him he didn’t have his own show. He was my boss. I met him when he hired me for SNL, so yeah, I worked with him that year, I’ve done a couple shows with him. He was the head writer. Going on his show it’s like seeing an old friend. It makes it a cool dynamic versus going on the other shows are fun and I’m a huge fan, huge fan of Conan but Conan has been Conan for so long, you know what I mean?

303: Do you have a comedian that you really look up to?

HB: I’m a big fan of Chappelle. Chappelle is amazing… He’s been amazing for years, someone I listened to when I first started doing standup and his specials and his show. I had the opportunity to work with him for the past few years and do a dozen of shows across the country. Actually [we] did Denver with the Oddball festival at Fiddler’s [Green] Amphitheater in 2013. So I’ve worked with him a bunch and watched his set and learned from him. [Also] Bill Burr, really funny and super prolific. Patrice O’Neal, great comedian that passed away almost five years ago, but he was a genius and one of the best of his time. Chris Rock, he’s been a mentor to me and is a legend.

303: What about the Bill Cosby controversy. Does that follow you around?

303: What is the biggest misconception about you?

HB: The biggest one is that I’m high all the time. People think I’m high constantly on television or when I’m acting or in a scene or when I’m doing stand-up, and that isn’t true at all. Yeah, I’ve only been high once on TV. It was one scene in Broad City when I had to run up to Ilana and talk to a dog and call it Judith Light. And that scene took way more takes than anyone wanted to do. But besides that, never. People think I’m high when I meet them. But usually, when I’m high, I’m at home [laughs]. I’m not out interacting. I’m occasionally out smoking, but usually, when you see me, I’m not high.

303: Do you get super paranoid when you’re high in public?

HB: Yeah, I can’t really handle being famous and high.

303: You’re going to perform in Boulder, formerly one of the country’s top capitals for smoking weed, right after 4/20, correct?

HB: Yeah, I probably got start jogging a week before I go to altitude because last time the altitude destroyed me. It was horrible!

Make sure to catch Buress (while he’s catching his breath) this Sunday (4/24) in Denver at the Paramount Theater and Boulder at the University of Colorado at Boulder this Monday (4/25). Tickets are available here.