I’d like to say Troy Guard’s TAG Burger Bar had at me “Truffle Shuffle,” but that would be disingenuous. Truth be told, in the few years I’ve lived down the street from the Congress Park restaurant, and the many times I’ve been there, I never paid much attention to the aforementioned item (save, perhaps, a passing chuckle thinking of Chunk from the Goonies). At any rate, I’m thankful for whatever inspired me to give it a try a couple weeks ago, because it blew anything else I’ve had there right out of the water, and has earned a spot on my list of favorite local burgers to boot. 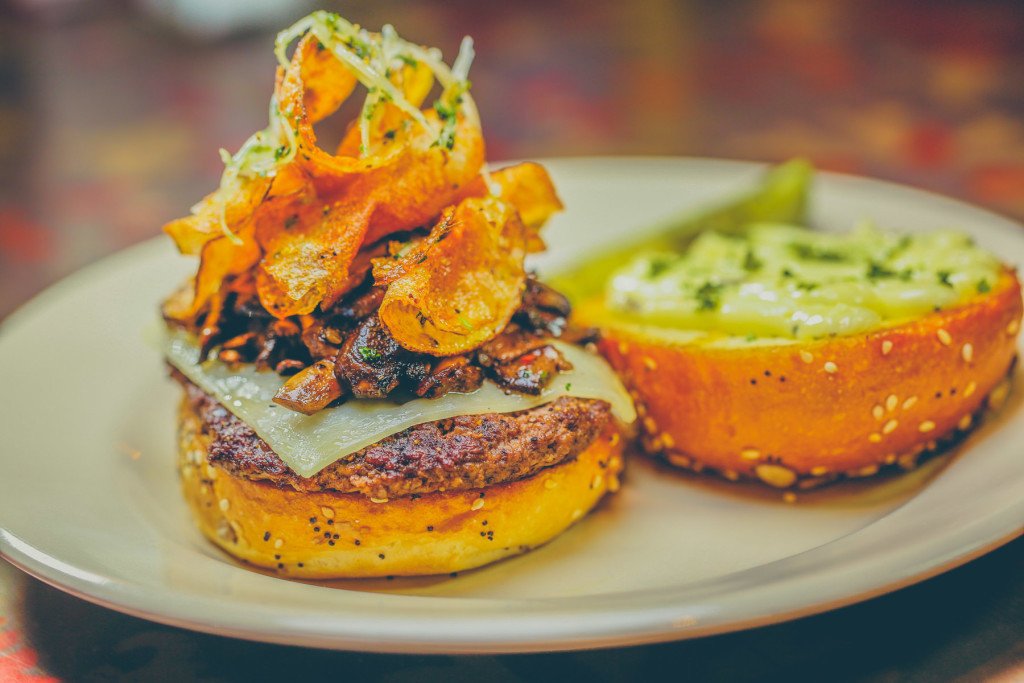 The Truffle Shuffle ($11+ depending on your choice of burger patty), made with mushrooms, swiss cheese, truffle aïoli and Parmesan-truffle potato chips may not seem all that crazy, but a little creativity goes a long way. (Yeah, I’ve seen some crazy burgers out there: burgers served on doughnuts, burgers stuffed with hot dogs, even deep fried. I’m of the belief that if you can’t pick it up with your hands from start to finish without making a mess, then what’s the point?) Sure enough, last fall the Truffle Shuffle clinched the People’s Choice Award at the Denver Burger Battle 2015, so you don’t have to just take my word for it.