On a sleepy Saturday morning in late October of last year, I found myself on a deserted side street in the Gangnam neighborhood of Seoul, South Korea. It was almost 10 a.m., but because of the late night tendencies of the area, city dwellers had yet to rise. While wandering with no objective other than to feed myself anything but a stale pastry, I happened upon a small, street-side grocer right as they opened. The storekeeper must have picked up on my intentions and motioned me to take a seat. At the counter, which doubled as a refuge for discarded produce boxes, I could see the steam piping off a buffet. Silently, she lifted one of the covers to reveal a bubbling vat that had pale, unnaturally cylindrical tubes floating in a red-orange sauce. The romance of the moment quickly dissipated when she ladled the quivering masses onto a plate and signaled me to eat. I consider myself an adventurous, sometimes fearless, eater — but in this exact instance, I was unsure. However, I knew I had to break my own sheltered understanding of food and I couldn’t rebuff this lady’s kindness. So I took a bite. The experience that followed was by no means as I had first imagined — it tasted a lot like SpaghettiOs (thanks US Army)— but it wasn’t something I cared to repeat anytime soon. 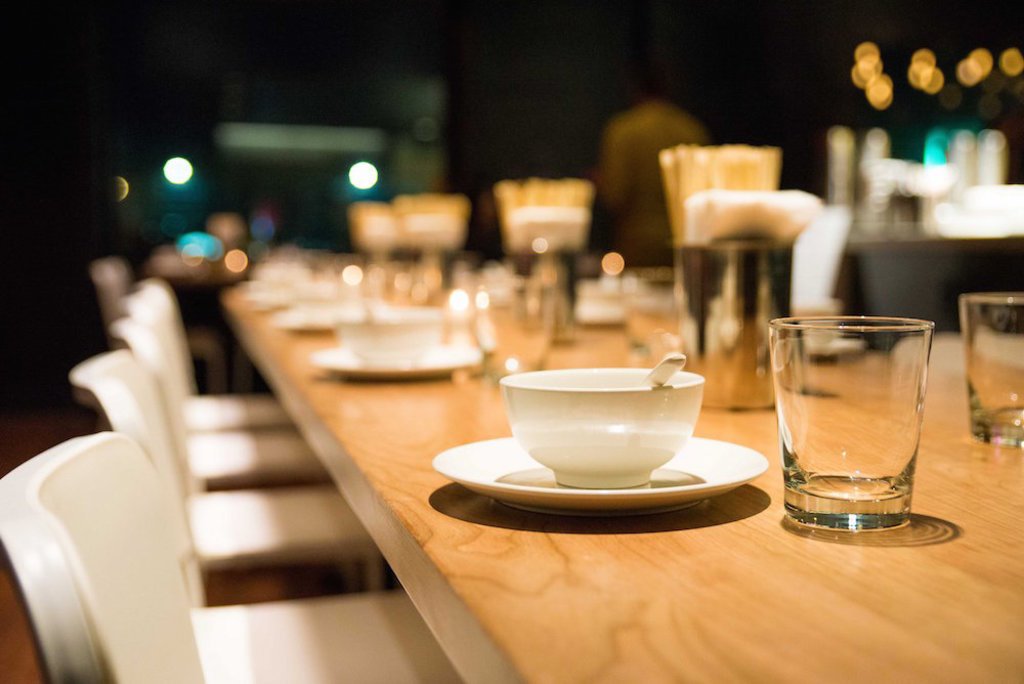 This is the memory that stuck with me when I sat down for dinner last weekend at the new Hop Alley. On the menu was the fateful dish: rice cakes. The thought of the aforementioned gelatinous tubes conditioned my appetite for disappointment. However, Hop Alley’s Shanghai rendition was not only enjoyable, it was admittedly delicious. Aside from the perfect sunny side-up egg, the expertly seasoned ground pork and the crisp cabbage laced in oyster sauce, the actual rice cakes, sliced thin and stir fried, were not hunks of solid jelly, but rather sponges that gushed with umami. At first, I was unsure if it was my surprise that made it seem so satisfying, but after quickly polling my dinner dates, everyone agreed. The rice cakes were a hit, and for some, including myself, it was arguably the best dish of the night.