14 Unique Things to do in Denver This Weekend

It’s a big weekend in Denver with a diverse lineup of events almost as varied as Denver’s  weather this week. To help you sort through the overabundance of entertainment 303 Magazine has covered 14 events for our weekend guide. Athletes and brewery connoisseurs will be catered to with three marathons – two of which include local beer. It’s also a noteworthy couple of days for culture and music with two exciting events celebrating Native American heritage, as well as a selection of art events and concert options guaranteed to pique your interest. 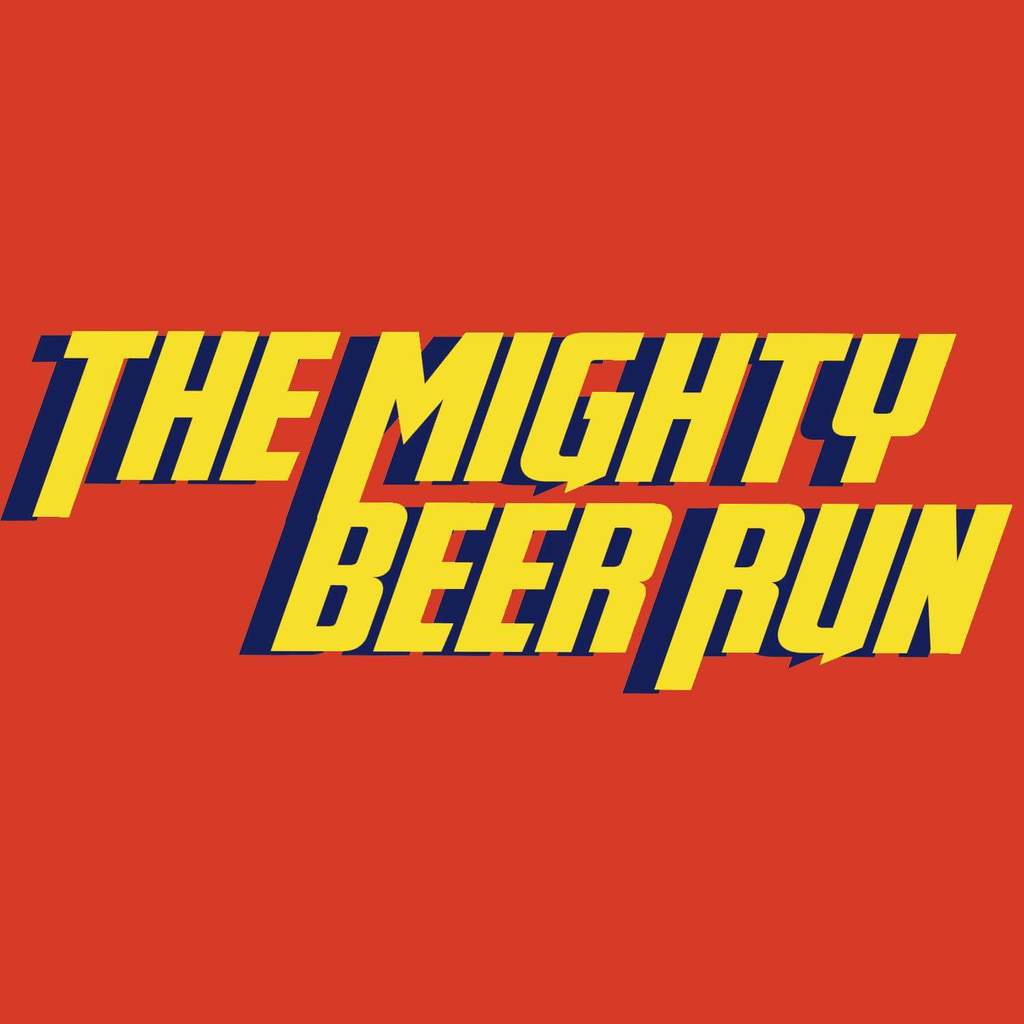 The Low Down: This super-sized bar crawl benefitting non-profit UpaDowna hosts its Platt Park race on Saturday. Boasting what’s a seemingly regrettable combination of running and beer – the event is far more than what’s at first glance. Competitors have options – walk, run, drunkenly stumble – choose any form of foot transportation to navigate from one brewery to the next. At these breweries – or “Dehydration Stations” – beer tasters await to quench your mighty thirst. As an added bonus, the cost of a ticket includes admittance to the after party. If you can’t make it this Saturday don’t worry – Mighty Beer Run will return to RiNo Saturday, May 21.

Crowd Tasting: The Science of Beer & Food Pairings and Chocolate: The Exhibition

The Low Down: Looking to get creative with beer in ways other than pairing it with a funnel or stacking cans into wizard staffs? This Friday DMNS is hosting a pilot taste test taking a community-driven scientific approach to beer with a fun edge. Not only does your ticket provide you with this unique opportunity to get involved in a research experiment – admission to Chocolate: The Exhibition is also included. Explore a rainforest with a replica cacao tree and learn about the various aspects of the worlds most popular candy. 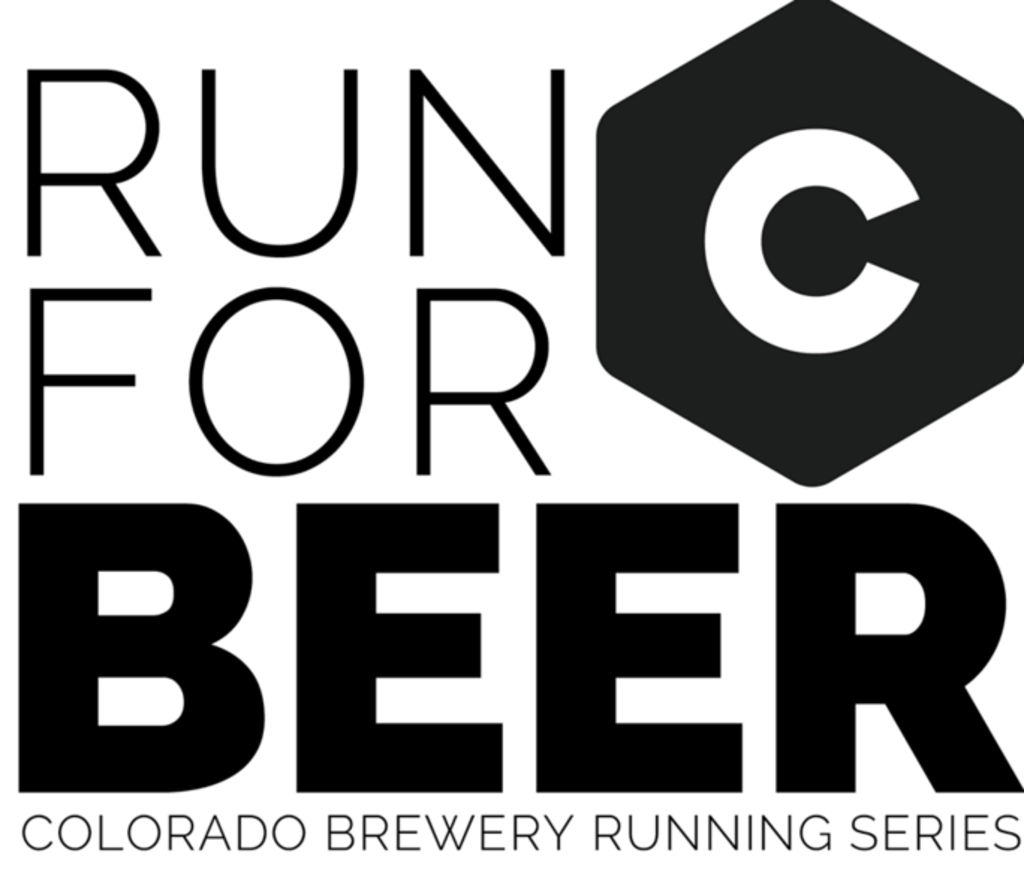 The Low Down: Saturday marks the commencement of the Colorado Brewery Running Series – a streak of charitable beer runs throughout the Spring and again in the Fall. Unlike the upcoming crawls, the series kick-off party will be stationary at the Lakewood location of Runners Roost. On the agenda for the evening are free beer tastings, the chance to win merchandise and discounted opportunities to register for upcoming events. The kick-off is bound to be an exciting initiation to the season – just be sure to register here beforehand to reserve yourself a spot.

The Low Down: Join electronic superstar Excision when he comes to Denver this Saturday. Our city is one of his earlier stops on the 2016 Paradox Tour which is boasting brand new stage production. EDM friends – this is a fun chance to be one of the first to see some of the most beautiful visuals of light arrays, smoke, and animation ever seen. Having personally seen Excision I can safely say his light show is phenomenal – making this new equipment all the more intriguing. With FIGURE promising to bring the bass and Bear Grillz the personality, this electronic show is at the least worth consideration.

Native Fashion in the City

The Low Down: Native Max Magazine returns for its third annual fashion show this Saturday afternoon. Showcasing Native American designers, stylists, models and photographers the show features Indigenous-made designs by Aboriginal fashion designers and artisans. As a unique interactive runway show $5 is a bargain – but even more so is the $15 front row ticket.

The Low Down: Many of you remember Coheed as that eclectic rock group trying to make it big in the background of bands like Fall Out Boy and Hawthorne Heights. The rest of you remember Coheed as that insanely talented group of head-banging guitar-riffing rockstars. Either way – the iconic New York native musicians are gracing Denver with their presence on Sunday. Touring after the release of their new album The Color Before the Sun – Coheed & Cambria should bring back some good memories from the early 2000s as well as create many more for the future. 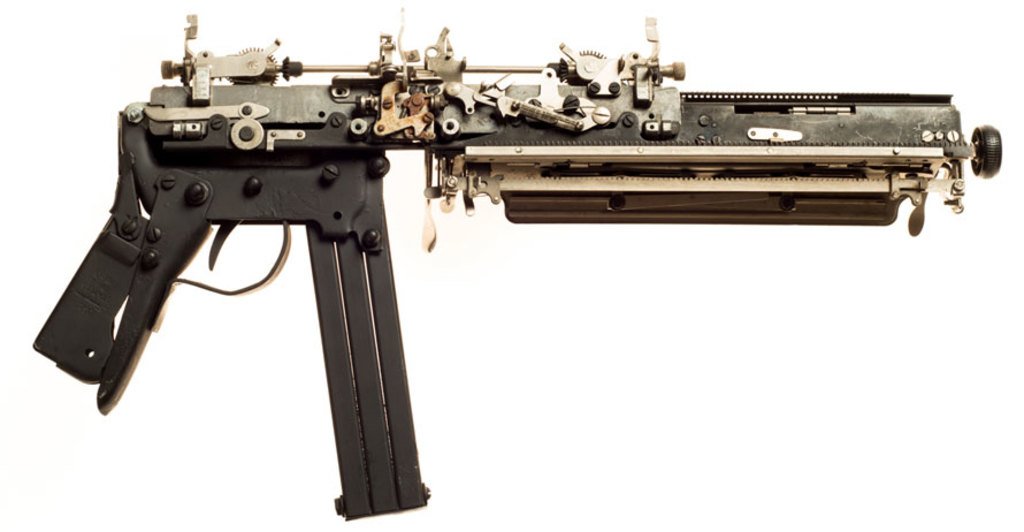 The Low Down: Interesting enough this Oakland underground rap group is more famous for their individual personalities than as a collective. For fans of Hieroglyphics and the solo artists alike this makes the Cervantes show with all of the original artists way more exciting. One of the original Hieroglyphics members is Del the Funky Homosapien of The Gorillaz also known as Ice Cube’s cousin. If you just can’t wait for the highly anticipated reunion of Damon Albarn’s animated group – Pep Love, the Souls of Mischief and more will be joining Del on stage performing their collaborative non-hits as well as freestyling impressive impromptu verses at this Saturday.

The Low Down: Yes, it’s finally here. After rescheduling their Valentine’s Day shows the rock & roll performances are taking place this weekend. Whether you’re a heartbroken fan that’s beginning to feel excitement once again or a casual 303 Magazine reader looking for something to do this weekend – this concert is not to be missed. Blending an upbeat style of rock & roll with strings and unique acoustic instrumentations – Railroad Earth will undoubtedly play one for the books after having to make up for canceled shows and a crowd built-up with extended anticipation. 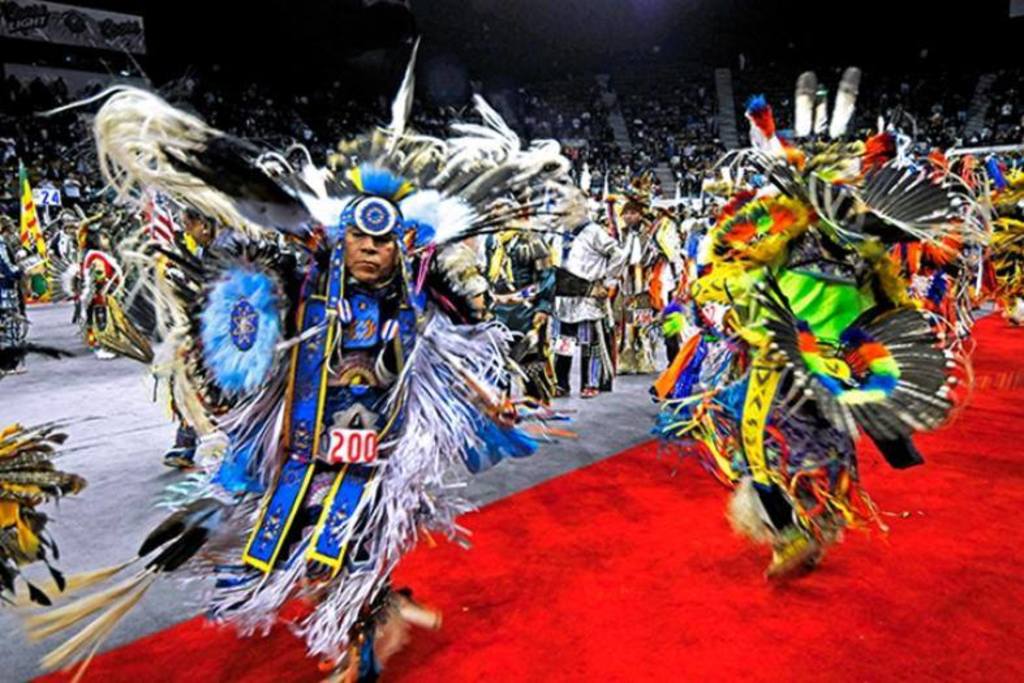 The Low Down: For the past 42 years Colorado Native Americans and friends alike have been coming together to embrace their heritage in song and dance. Celebrating with over 1,600 dancers and dozens of tribes from all over the continent – the Denver Coliseum will be filled with colorful wardrobes and exhilarating live music. In addition to the festivities – food, art and over 170 booths selling a variety of Native American products will be on location. 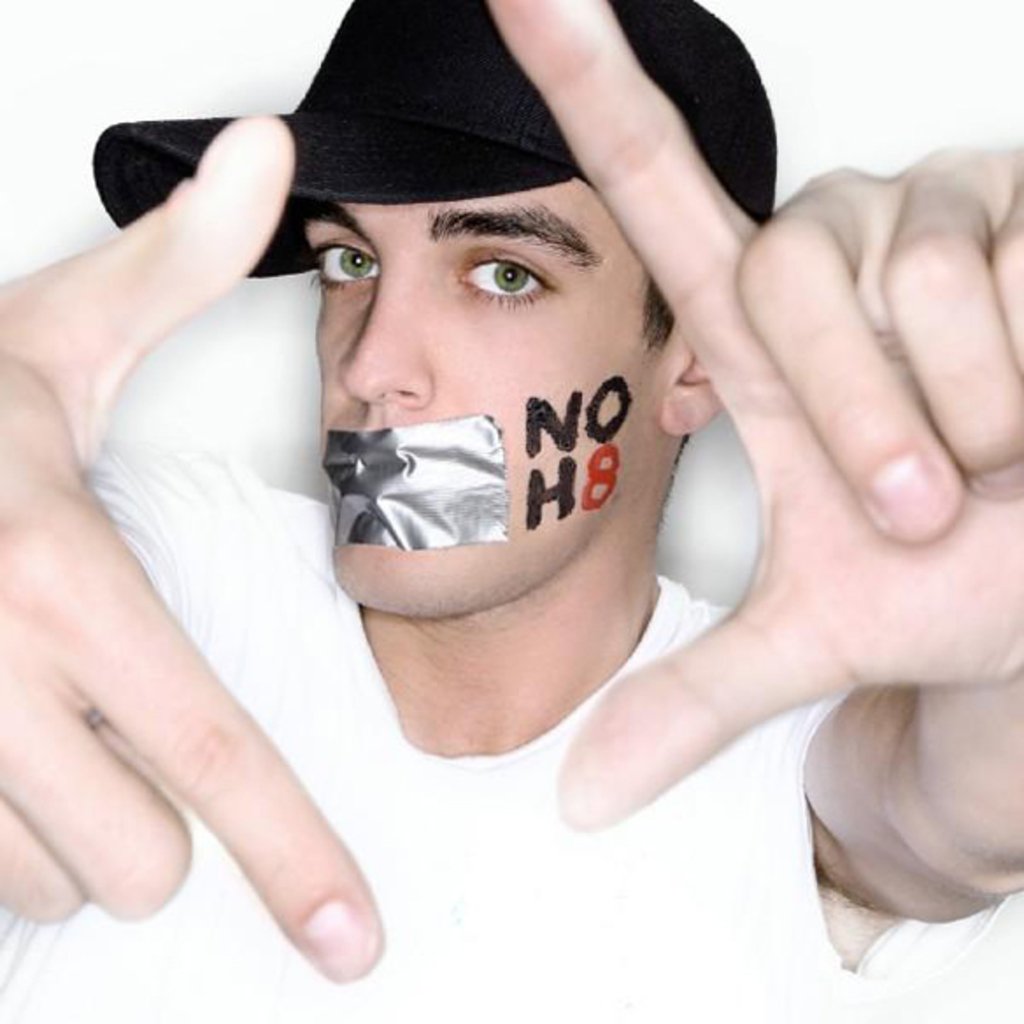 The Low Down: LGBT rights organization NOH8 is returning to Denver this Saturday, giving you the chance to show your support for equality and get an awesome new profile picture all in one sitting. The longtime-running campaign has spent years touring the country photographing individuals, groups and celebrities alike. Beyond the photographs NOH8 also advocates for equal rights for the gay and trans communities. It’s a fun and easy way to support love – and probably the only way that includes duct tape, paint and a camera.

The Low Down: Advertising five floors of exciting activities – the Denver Independent Comic & Art Expo has quite a big nerdy weekend planned. Award-winning Denver artists and international artists alike will be in attendance with hundreds of fellow Colorado geeks. The expo was created by the same two minds that recently started Denver Comic Con but with a fresh spin while spotlighting the independent imagination and non-profit organizations. DINK is also advertising small price increments making it all the more tempting to ball-out on VIP and get the most of the experience. 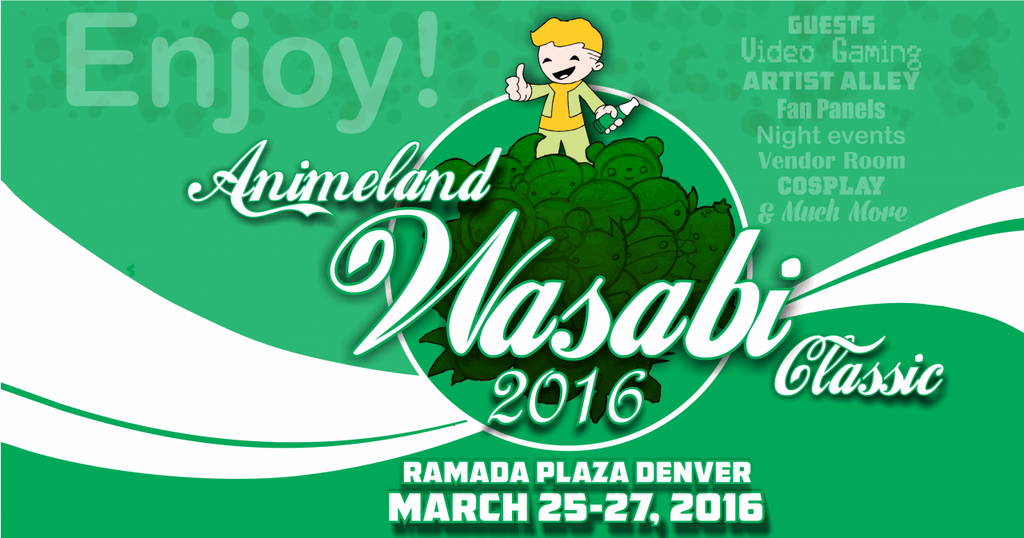 The Low Down: Featuring cosplay, guest panels and contests – Animeland will be packing the pop-culture in Denver all weekend. Branding itself as a new way to anime, Animeland Wasabi is an all-inclusive and unique experience prepared to immerse you in the affair. For those who want to get more involved behind-the-scenes they’re offering free weekend all-access passes for volunteers.

The Low Down: Multiple marathon options for adults and kids alike are offered at this fun family-friendly event. Prizes, Easter egg hunts and yoga classes are among just a few of the fun things the Bunny Bolt has in addition to the 5k and 10k races. Some other perks include the strong encouragement to wear a bunny costume, pets are allowed assuring a plethora of adorable dogs, and the money raised sponsors non-profit Action for Amyloidosis.