RESCHEDULED: Railroad Earth at the Fillmore… But For Real This Time 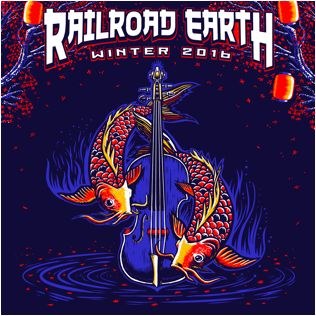 Great news, you guys: those Railroad Earth shows that were originally supposed to happen on Valentines’ Day Weekend (rescheduled because lead singer Todd Sheaffer was sick) are actually happening… this weekend! Hopefully you weren’t all too heartbroken about the cancellation (like we were) and managed to satisfy your dancing blues elsewhere.

Railroad Earth will be headlining the Fillmore on March 25 & 26, with special guests The Werks on Friday and The Drunken Hearts on Saturday. Tickets are on sale for $27.50/night (plus fees). Of course, if you had purchased tickets (or 2-day passes) to the original show(s), they will be honored here.

And more good news: since we last posted about Railroad Earth, they’ve announced so many more summertime festival appearances. Expect to find Railroad Earth at the The Susquehanna Breakdown in Scranton, PA (May 20-21); DelFest in Cumberland, MD (May 26); the Blue Ox Festival in Eau Claire, WI (June 11); Funhouse Fest in Williamsburg, VA (June 24-26); the North West String Summit in North Plains, OR (July 14); FloydFest in Floyd, VA (July 28); and The Harvest Moon Festival in Eureka Springs, AR (October 13-16). Then it’ll be just about time for Railroad Earth’s very own Hangtown Halloween Ball in Placerville, CA!

And if you hadn’t already heard, RRE will be preforming next weekend at the WinterWonderGrass Festival in Lake Tahoe.

Check out this 15-minute interview with Tim Carbone and Andy Goessling — who have been playing music together for over thirty years! — from jambase.com. They discuss their love of vinyl, David Bowie, their former band “Blue Sparks From Hell” and an obscure German string instrument called the “zither.”