This is the first entry in an ongoing series for 303 Magazine, which will profile a range of industry professionals and the stories behind their tattoos. It is our intention to highlight the talents of local tattoo artists where possible, while demonstrating the narrative power of imagery by putting front and center a form that continues to fascinate the curious.

Steven Waters waited many years after his first tattoo before letting the ink spread to his hand. For his day job as a consultant, he often made an effort to hide his work—unless you knew him personally, you might not have known that his body was covered in art. That all changed when he focused his sights on Black Eye Coffee, the type of project for which he knew he wanted to roll up his sleeves 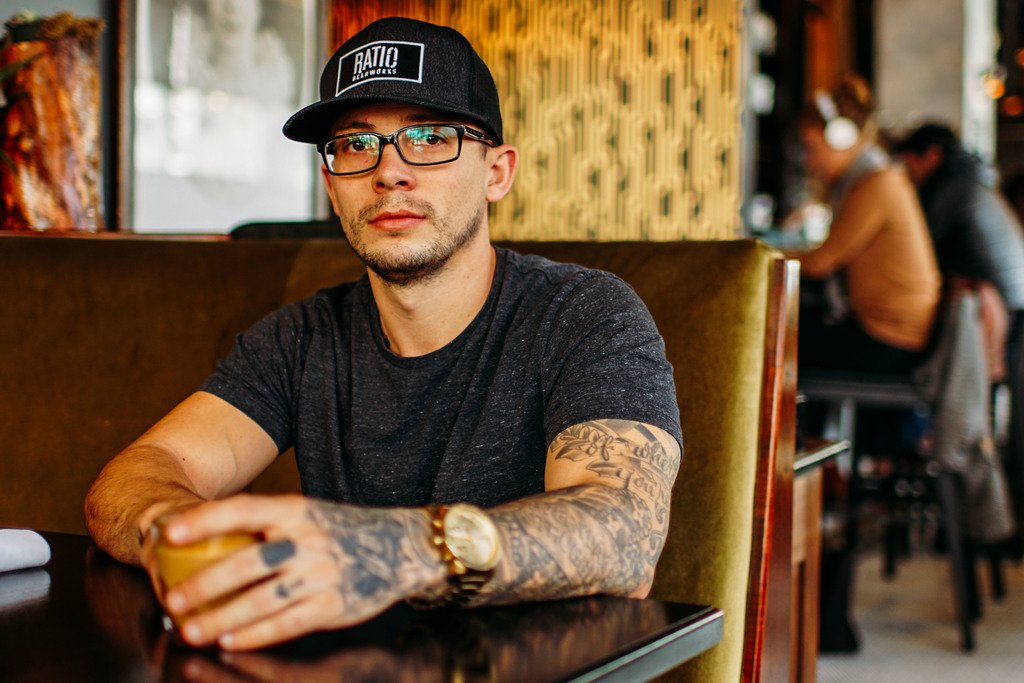 Last fall, after much deliberation, Waters and his business partners opened their second shop (a cafe by day, bar by night) in Capitol Hill. As is the case with many renovated buildings now home to food and beverage outlets, the original location in LoHi borrowed its name and logo from the area’s history—namely referring to the fact that, as Waters explained, it was “a neighborhood notorious for hosting underground boxing matches.” 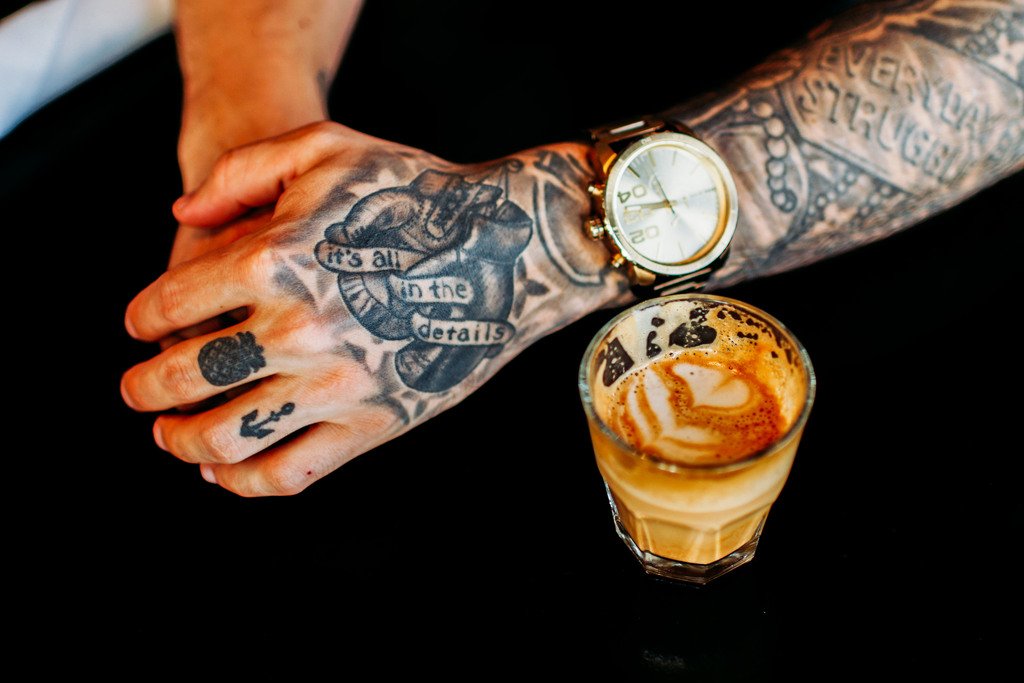 When we spoke with Waters right after Black Eye’s sister store opened, he mentioned that “everything [in the space] was designed with intention.” Therefore, the black-and-grey laced boxing gloves, overlaid with the script ‘it’s all in the details,’ on his left hand serves to memorialize this achievement. His pride in the second Black Eye location is matched by the fulfillment that the placement of the ink itself brought him. “I’ve wanted to tattoo my hand forever, since before I even started getting tattoos, said Waters. “Being able to get this was a super gratifying thing for me.”

In addition to the gloves, Waters and Black Eye co-owners Ali Elman and Dustin Audet (Greg Ferrari, also a co-owner, has the company’s dukes-up boxer logo on his chest), got matching pineapples inked on their fingers, courtesy of Fish at Think Tank. As for the significance there, according to the Dole Plantation, namesake James Drummond Dole was the father of the modern pineapple trade, and proved able to make readily available the unique fruit which had long carried connotations of hospitality and the bizarre. The former symbolic meaning is a holdover from centuries past, when seamen would use fresh pineapples to indicate they had returned from their travels and were ready to entertain guests.

Soon to join Waters’ southpaw totems: an homage to foie gras on his thumb, the delicacy being one of the only two reasons why he says he could never become a vegetarian (you guessed it, the other is bacon). Ranging from the personal to the universal, his hand pieces signify appreciation for the patrons who help his business thrive, the hard work he and his partners put in to bring it to fruition, and the kind of deep-seated passion it takes to make a big decision and never look back.

All photography by Noah Berg.