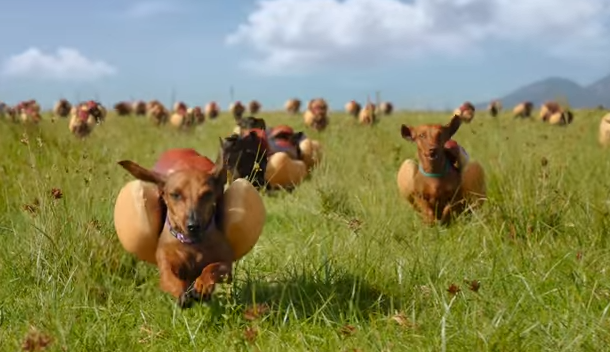 The 5 Best Super Bowl Commercials From 2016

Many people didn’t think they’d see the day, but the Denver Broncos won Super Bowl 50. The people in the streets of downtown Denver were up until the wee hours honking their horns and yelling “Broncos” while becoming friends with everyone in nearby cars. The Panthers were probably still crying. And everyone could get a good night sleep knowing the state of Colorado finally has a big win.

But something else that everyone will be talking about today is the Super Bowl commercials. Celebrities and animals once again took the crown for this year’s best ads. Amy Schumer and Seth Rogan announced the “Bud Light Party.” The only thing I took away from it was hoping that they’ll soon be in a movie together. We also saw a depressed former astronaut get behind the wheel of an Audi R8, which can go up to 205 mph.

It always seems like there has to be sheep involved in at least one Super Bowl commercial. This year, a group of sheep took on Queen’s “Somebody to Love.” Apparently the new Honda Ridgeline has a music feature that can be turned on outside of your vehicle when you need it. Just keep in mind that everyone, including sheep, can hear it and might start singing along.

If Kevin Hart is your dad, your dates are screwed. In this ad, Hart offers his car to a guy taking his daughter out. The only thing is that Hart’s Hyundai has a “car finder” feature, making it easy for him to watch the full date and basically threaten the guy every time he moves in close.

There’s always one commercial that makes you cry, no matter how old and heartless you are. For a while now, Subaru has been releasing commercials with dogs driving their cars for the “dog tested, dog approved” aspect. This ad is about a mother dog trying to get her puppy to sleep. Subarus must be comfortable (or the puppy was bored), because this puppy does actually fall asleep. Trust me, it’s the cutest thing you’ll see all day.

During the game, the NFL released a music video entitled “Super Bowl Babies Choir.” It was probably the most clever ad I saw all night. Going back decades, the NFL caught up with babies, kids and adults that were born 9 months after the Super Bowl, making them Super Bowl babies. As an added bonus, Seal made an appearance to help sing the melody from “Kiss From a Rose.” It’s hilarious and smart. How many Super Bowl 50, Denver Broncos victory babies do you think there will be in 9 months from now?!

Every Halloween, I dress my 70-lb sheepdog up in a ridiculous costume to prove that nothing is cuter than a dog in a costume. Heinz Ketchup delivered this year with its running wiener dogs commercials, featuring full body hot dog costumes. For some reason it’s a tear-jerker even though it has a happy ending. The group of costumed wiener dogs, even puppies!, make their way to a group of human ketchup and mustard squeeze bottles.