Stööki Sound: A Glimpse Behind the Curtain

Stööki Sound, comprised of Jelacee and DJ Lukey, started as a whisper that grew into a dull roar, that now reverberates across oceans starting from their home base, London, and extending to the west coast, and beyond. The reasons for their instant success include more than the enticing trap/hip-hop amalgamation of sounds and styles, beyond their cool personas and hit singles. Stööki Sound is more than a DJ duo. It’s an open invitation, rolling admissions, come one come all, artistic movement. One that encourages all people to pick up their instrument of choice – be it pen, hammer, drum stick, streamer or spatula – and simply create in whatever form best suits them. Oh, and they also make killer music. 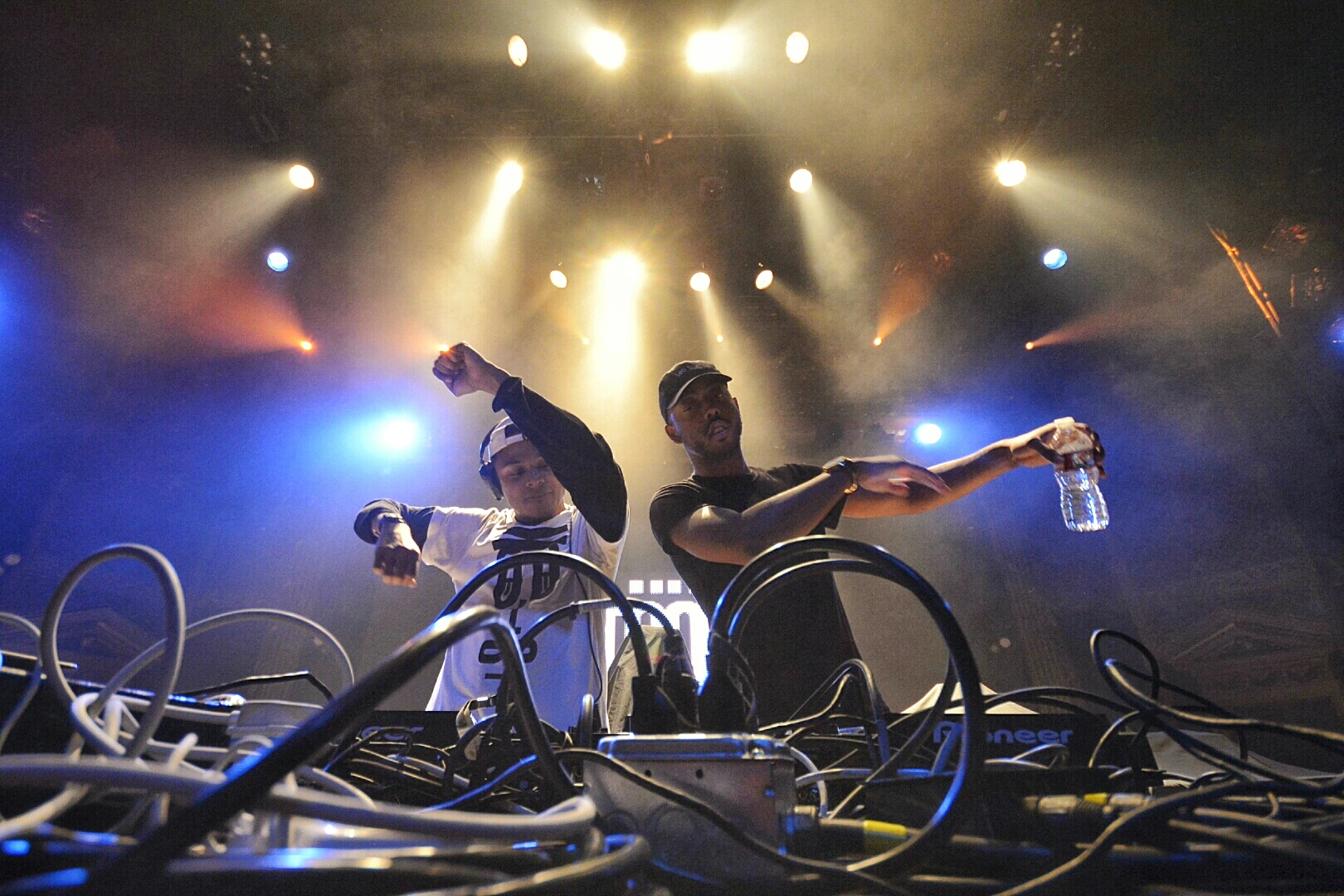 Last Thursday, the guys opened up for Keys N Krates at The Ogden. They put on a impressive show that got the crowd ready for the headliner, but also left us wanting more of Stööki . We got the chance to ask them a few questions in hopes of giving readers a more intimate look at what the Stööki movement is and how they can be a part of it.

303 Magazine: What was the first album you ever owned?

Was there a turning point for either of you that convinced you to break into the music industry?

It was never in our plans to break into the music industry, we just enjoyed music and didn’t realize it could take us this far. Then Ball So Hard happened with Hucci and that opened up a whole new realm for us. Now that we’re here we realize how far you can go so we all always striving to do more!

What advice would you give young artists starting taking the first steps on their journey?

Try to remain focused and keep developing your own sound/style. Also read up on music law, and find out about royalties, management, agents etc. You don’t need to be an expert but there are so many sharks in the industry just waiting to exploit younger artists so you need to protect your neck.

Who were your biggest supporters when you first decided to make music for a living?

Jelacee – I would say personally my mum. She has helped me so much in the past three years; mentally, physically and financially. It is really tough at the beginning of your music career and it’s a real hard grind, especially if you don’t have funding or money to begin with. I didn’t come from a well off family, but my mum has made sure that she could do everything in her power to allow me to follow my dream and I love her dearly for that.

Lukey – My family and my girlfriend. Being a creative in London is very difficult because the cost of living there is very high. So it takes a lot of time, self-belief and support from loved ones to keep grinding.

You talk about Stööki  Sound as more than a DJ duo, but a movement that encourages others to create whatever kind of music they want. How do you go about spreading this message?

Jelacee – We want people to believe that they can create as they please, and not have to conform to the industry standards in any given career, especially creatives. We have quite a nice sound which is a pretty much a cross between trap and grime, so it doesn’t really fit in. But we just continue to push our own sound because we believe in it and one by one, people are beginning to understand it and grow to love it. So essentially we want people to feel like they are part of a group of people who think the same, and share the same values.

Lukey – The Stööki Movement consists of three elements, Sound, Vision and Play which translates to Music, Fashion and Art. It makes it accessible for people to join the movement through various ways. We always invite people to get involved with what we are doing. They may of heard a Stööki Sound song, seen our collaboration jewelry collection with Topman, or seen one of our art installations at the Tate Modern gallery. It encourages people to believe in themselves, push creative boundaries and not be afraid to mix styles and do something new.

Your sound doesn’t really fit into a certain genre. If you could create your own name for your music (which you totally can), how would you classify it?

Last but not least, if you could bring any musician back from the dead who would you choose?

Jelacee – this is always a tough one, but i would personally say Michael Jackson solely because i was never able to see him perform live which i always wanted to since I was a child.

Lukey – Mozart, I think it would be interesting to find out what one of the originators of classical music would think of the sounds that came after them and also what they would compose now. 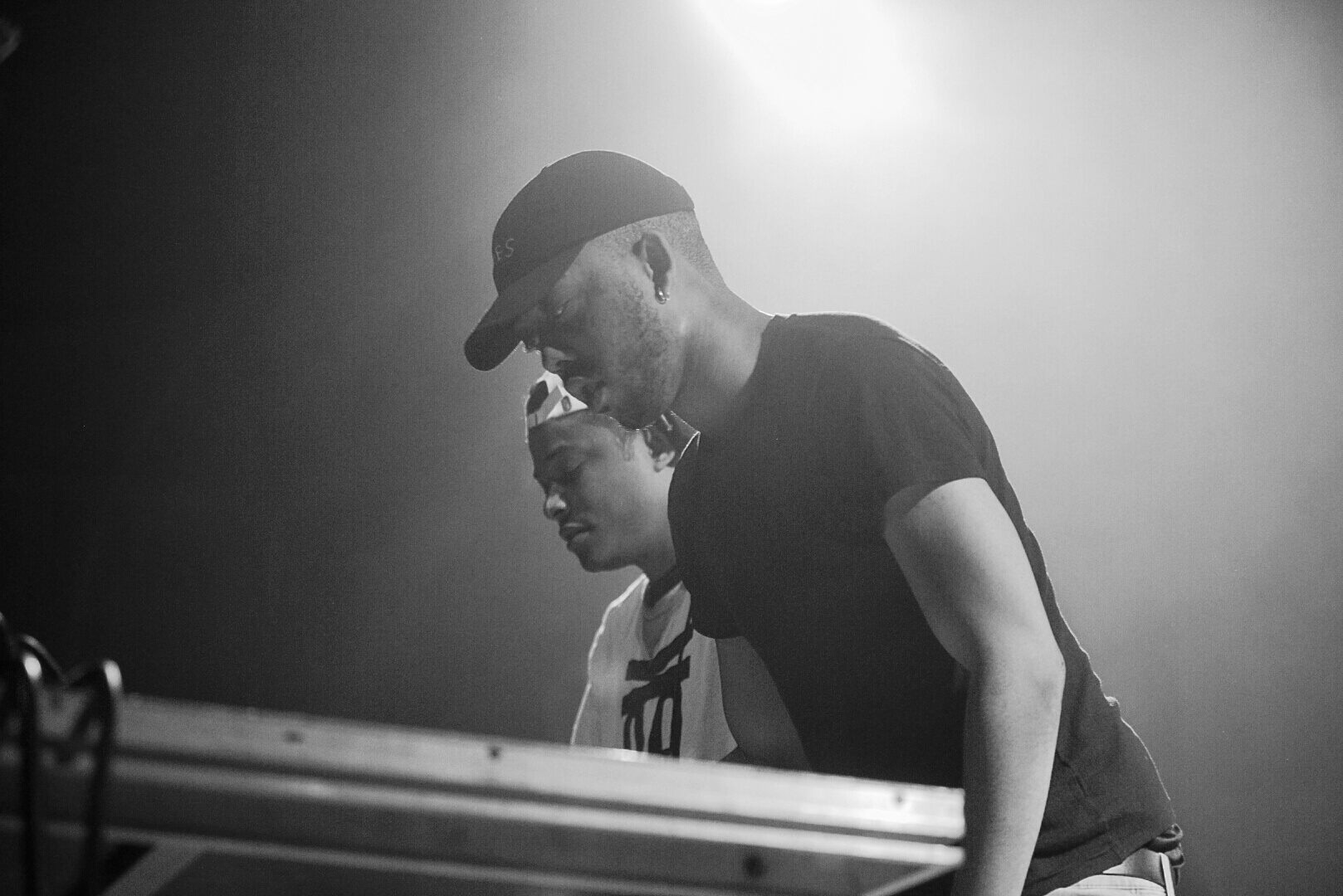 Last Thursday they brought this message to Denver. In the form of heavy beats, an energetic stage presence and enthralling melodies, Stööki captivated fans and encouraged each person to give themselves up to the music, the message and the moment.

It’s easy to feel connected in a crowded, noisy, dimly lit concert hall when each of us are swaying to the same beat, sipping lukewarm beers, awash in the glow of the neon stage lights. It’s harder to feel connected after you step out of that space and hit the streets, greeted with sounds of cars rushing by, the hint of sleep tugging at eyelids, and the next day’s responsibilities lining up one after another in the to-do list of our minds.

But Stööki’s movement asks us to hold on to those feelings their music solicits. It asks us to remember who we were just moments ago, singing at the top of our lungs, moving without embarrassment, shedding skins that we put on for our jobs, for our friends, for our parents.

Jelacee and DJ Lukey aren’t rock gods our of parents’ time, untouchable because they are separated by security guards, millions of dollars, and a ten foot high stage. These guys are just like us — twenty-somethings who don’t want a 9 to 5. They took dream catching into their own hands, using tools like computers and mixers and friends. They are our group representatives, our class presidents, non-violent anarchists looking, not to overthrow a government, but simply to stir up the monotony of life.

The Stööki Sound movement works to encourage people from all walks to embrace chaos and complexity. To reject negative notions and expectations we were raised with and to accept only the good: to love each other as much as ourselves and to squeeze these bodies for all they’re worth. Stööki Sound is more than a flash in the pan. They will burn long and slow and steady, only growing brighter as they attract more stars to the movement.