Q&A – Iration’s Micah Pueschel on Music, Touring with Pepper and Snowboarding in Colorado

I pick up the phone, half expecting to hear acoustic noodling and the characteristic crooning of Iration’s Micah Pueschel on the other end. That, of course, doesn’t happen. What does happen is that I catch the Hawaiian guitarist as he’s wandering the streets of Seattle. While traffic whistles in the background, Micah sounds relaxed, optimistic. The tour with fellow Hawaiian band, the prodigious and rowdy Pepper, is going well, and people have been lining up to hear Iration’s new album, Hotting Up, live. I chatted with Pueschel in advance of their March 4th Denver stop at the Fillmore Auditorium with Pepper and New Kingston.

Life, it seems, is good. It has to be—just listen to Hotting Up. Good vibes abound. There’s a reason why Iration has become the poster band for the genre “Sunshine Reggae.” But don’t take it from me. Take it from the man himself.

303 Magazine: The album is more polished than some of your previous work, but it still has some odes to a rougher era—like the solo on Midnight. Discuss the progression of past albums compared to this one.

Micah Pueschel: With past albums, we just had very little experience in the studio. So, a lot of it was trial and error and figuring things out for ourselves as we go—as far as recording music goes. I think you listen back to each album and you hear a progression in certain ways. Who we were working with, what the sounds were like. The first album was very synth heavy, Time Bomb was very synth heavy, Automatic wasn’t as synth heavy, this album is a blend of both.

I think what you’re hearing when you hear the early stuff, our producer that we were working with preferred to do things in a very natural way. We recorded differently. Less takes, just feel it, do it, go off the top a bit; whereas this one was more thought out and planned. You know what I mean?

Yeah. How does that change the track list? Hotting Up is also the tightest album in terms of number of tracks.

Well, yeah. The aim was to get ten, because I feel like now, if you put out too many tracks, the songs don’t get quite as much attention as they deserve. I wanted to do 10 songs, because that’s a number where each song gets the proper amount of attention. I think that’s important when you put out an album nowadays—you give each song an opportunity to be heard and to live.

How’s the tour going so far?

Really well so far. We sold out a majority of the shows, just about all the shows we’ve done with Pepper sold out. Sold out tonight, sold out tomorrow. Going well, yeah.

How’s it touring with Pepper?

Pepper’s great. We’ve known them for so long, we’re already friends outside of the music. It’s easy, nice. It makes things easier when you’re out with friends, as opposed to bands you don’t know; there’s always the period of getting to know each other. This is easy.

So you guys were introduced to me on a road trip—and I feel like a lot of people would agree in saying that Hotting Up is good road trippin’ music. What are you guys listening to on the road?

For me (laughs), to be perfectly honest with you, if I’m driving, I’ll be listening to a podcast. Over the years, we’ve learned that if you listen to music while you’re driving, you start to get tired. A podcast will keep me engaged more. We’re playing music and hearing music so much, when we get on the bus, it’s not like, “Let’s pound some more music.” It’s more like, let’s keep it quiet, watch some television or a movie.

Are you more interested in what I’m listening to in general? 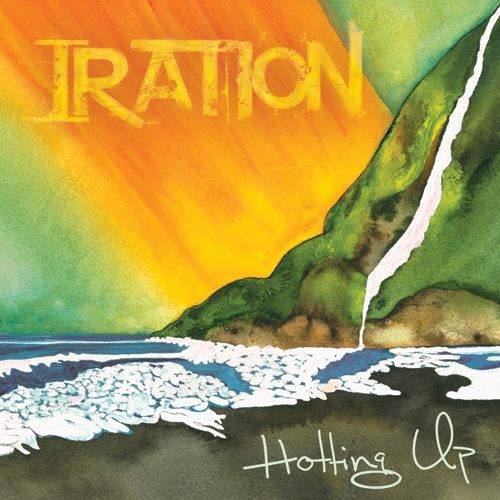 If you had to collaborate with an artist that’s currently alive and outside of your genre, who would it be?

Quick Colorado question. You guys are all surfers, but do you snowboard when you’re out here?

Yeah, we do. We’re going to Aspen, I’m sure we’re going to board in Aspen, and we’ll be in Wyoming, so we’ll board in Wyoming. Some of the guys are trying to go on Tuesday, I’ll probably play golf.

That’s my jam, so if you guys need a tour guide in Colorado, hit me up!

I might have Adam hit you up. I don’t know if we’ll be able to go on the day of the show, but maybe.

Cool, just let me know! And, thanks man, that’ll do it. Appreciate you taking the time, thank you. Looking forward to the show.

No problem man, thank you.

Anything else you want to say?

I always just try to make a point of saying that we’re very active on social media – Snapchat, Twitter, Instagram – we encourage our fans to participate in that way.

A big thanks to Micah for taking the time. If I end up shredding with them this weekend, I will make sure 303 Magazine gets a picture. Either way, be sure to pick up a ticket for their show with Pepper and New Kingston at the Fillmore on March 4th.